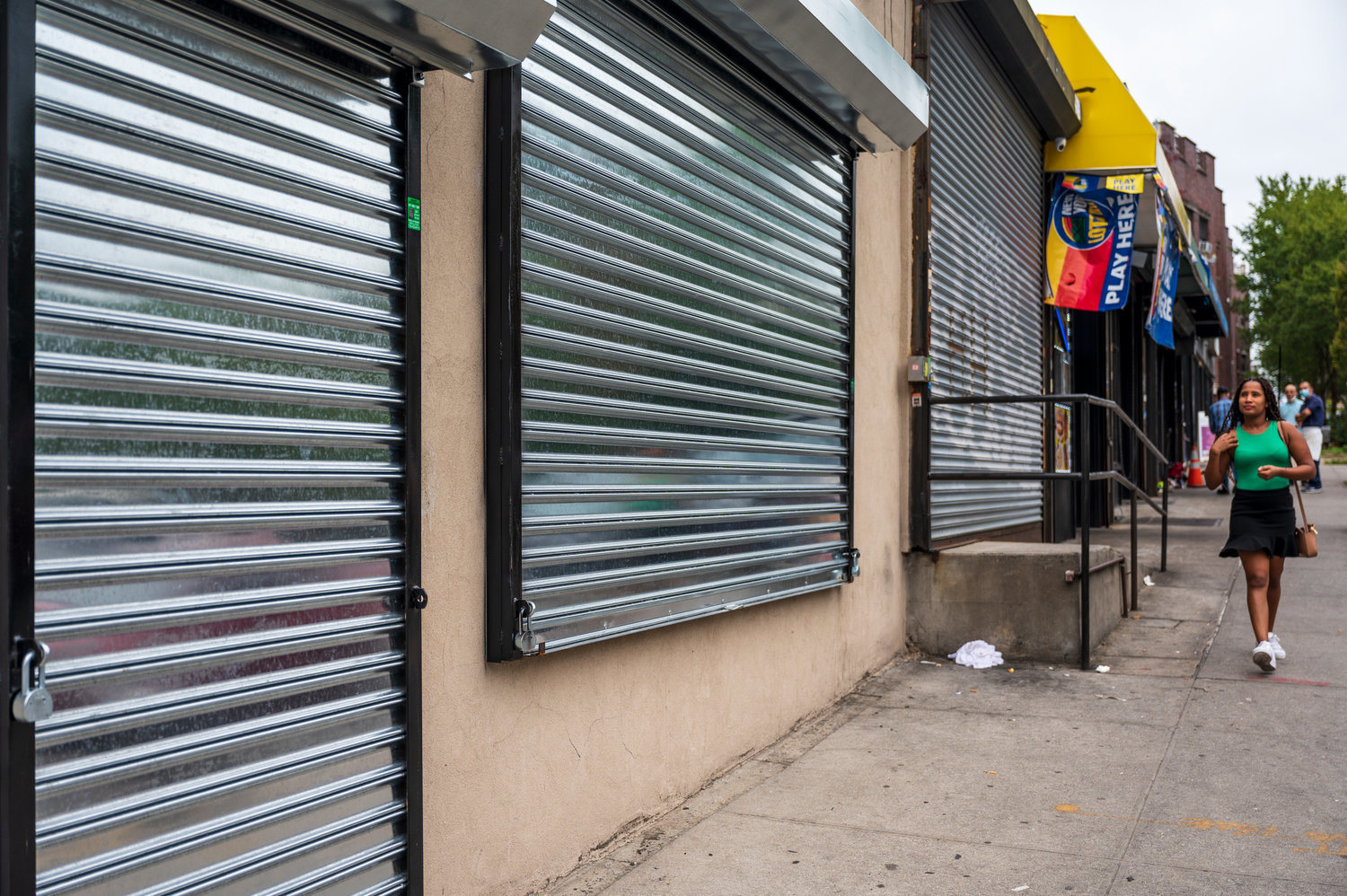 What once used to be a storefront across from Van Cortlandt Park is now expected to become a shelter for more than 100 single men beginning in 2023 at 6661 Broadway.
HIRAM ALEJANDRO DURÁN / File
By MICHAEL HINMAN

When New York City says it's committed to building a new homeless shelter in North Riverdale — it's not kidding.

In fact, the proposed contract city officials have drawn up with African American Planning Commission Inc., to build and maintain a single men's shelter at 6661 Broadway will tie both parties together for the next 35 years, for a total cost of $195.4 million.

That's what the city's homeless services department looks to ratify in a public hearing scheduled for Tuesday, Nov. 16, which if approved, could bring the city a big step closer to making the shelter a reality.

The big difference between this contract and the one for what would become Broadway Family Plaza, however, is the length — Praxis has an initial deal for five years, while AAPCI is locked in for at least three decades, ending in 2055.

It's one of nine contracts set for a public hearing next week from the homeless services department, and at $195 million, isn't even the most expensive. That honor goes to Manhattan's HELP Social Services Corp., signing a 44-year agreement to open a women's homeless shelter in Brooklyn for $508.9 million.

It will be a busy day for the city's contracts services department when it comes to homeless shelters, with as much as $2.26 billion on the table, committing the city long past the Bill de Blasio — and even the Eric Adams — administrations.

Other contracts under consideration next week:

• Bowery Residents Committee for a homeless single adults shelter at 13-12 Beach Channel Drive in Far Rockaway through June 2064 for $455.8 million.

• Care for the Homeless for a homeless single adults shelter at 91 E. Broadway in Manhattan through June 2053 for $338 million.

• Catholic Charities Community Services Archdiocese of New York for a homeless single adults shelter at 47 Madison St., in Manhattan through June 2065 for $183.6 million.

• HELP Social Services Corp., for a homeless women's intake and assessment shelter at 221 Glenmore Ave., Brooklyn through June 2065 for $508.9 million.

• Westhab, for a homeless single adults shelter at 62 Hanson Place in Brooklyn through June 2026 (with an option to renew through June 2030) for $60.9 million.

Public hearings for all contracts under consideration by the department begins at 11 a.m., on Tuesday. To listen in, call (646) 992-2010, and use access code 23390174732. Those participating in the call also will have the option to testify.

The 6661 Broadway facility is expected to house up to 130 single men, brought in through an intake facility near Midtown, who are expected to have an average stay at the facility for at least a year, according to city officials. Neighbors and other community members have already expressed a number of concerns about bringing such a facility to North Riverdale, ranging from safety and crime, to infrastructure, to claims the city is placing too many such facilities in the Bronx already.