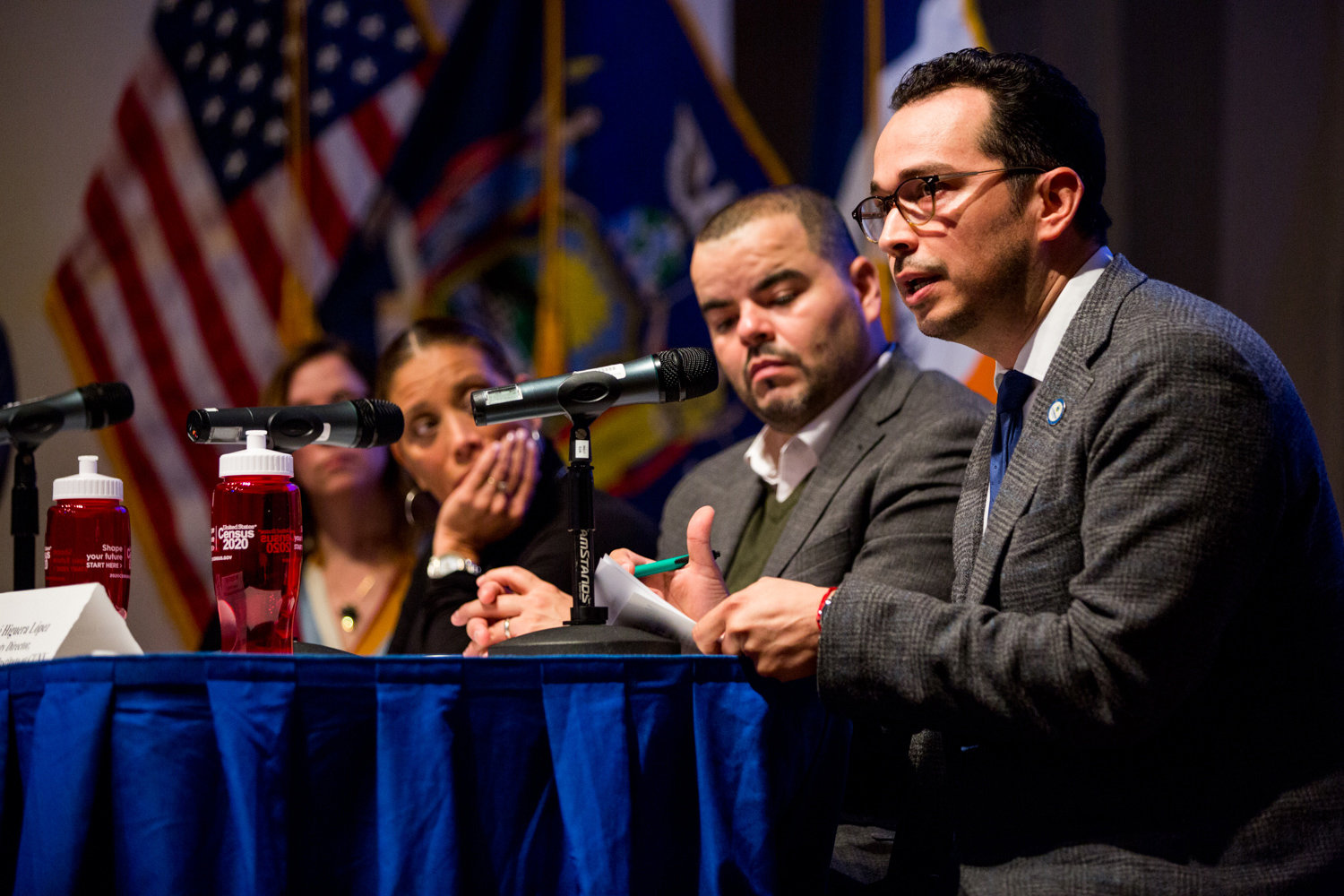 José Higuera López, the deputy director of Lehman College’s Mexican Studies Institute, says his organization is ready to put the $1 million allocated by city council to good use supporting the Mexican and Mexican American communities across the five boroughs. The first order of business? Expand working hours of its existing staff members to full-time.
JULIUS CONSTANTINE MOTAL/ File 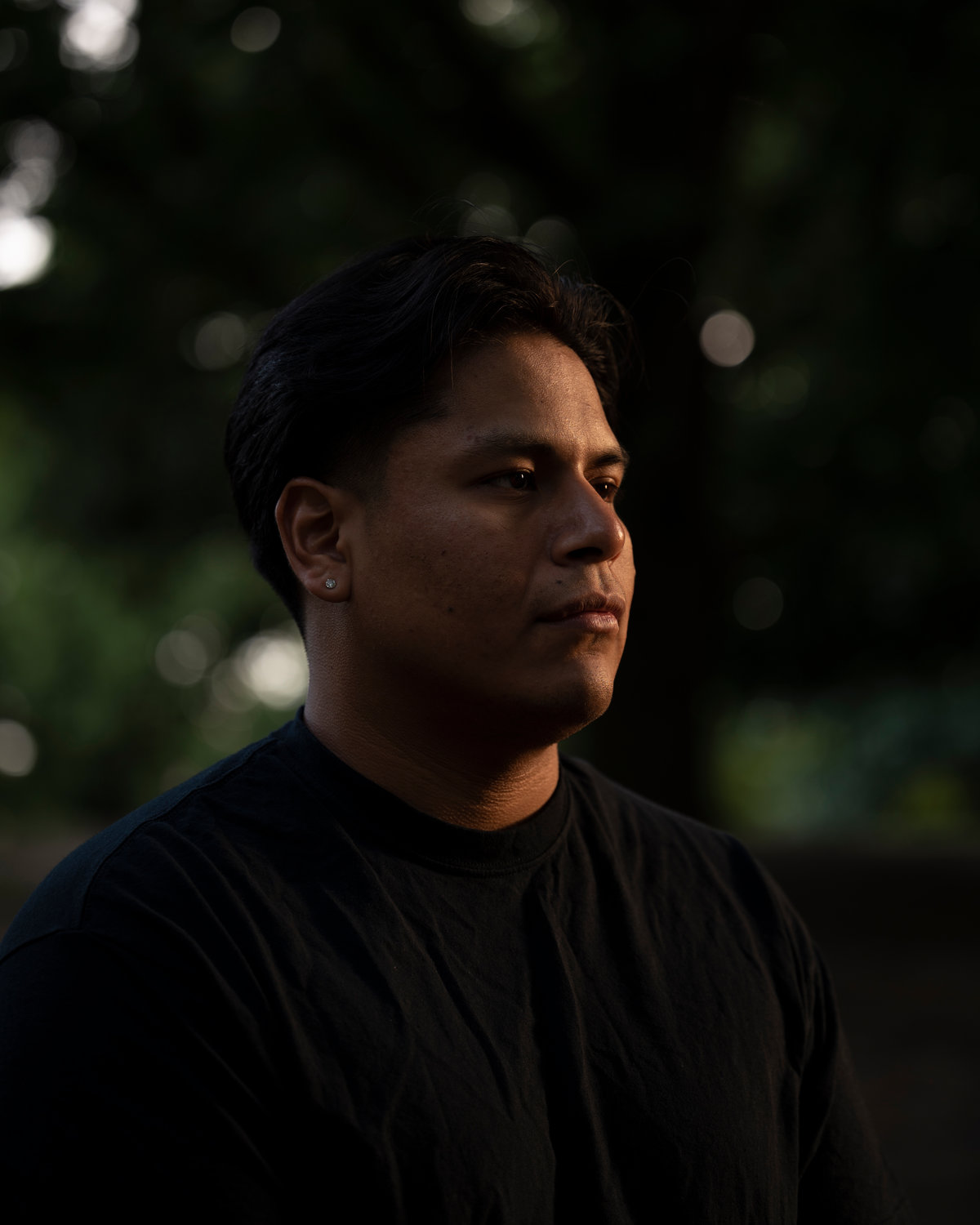 Moises Quintero is heading to Harvard University’s graduate school to study architecture — something he said was made possible thanks to a well-timed scholarship his sophomore year at CUNY’s City College of New York. The scholarship comes from Lehman College’s Mexican Studies Institute, which itself just earned a $1 million allocation from the city council.
HIRAM ALEJANDRO DURÃN 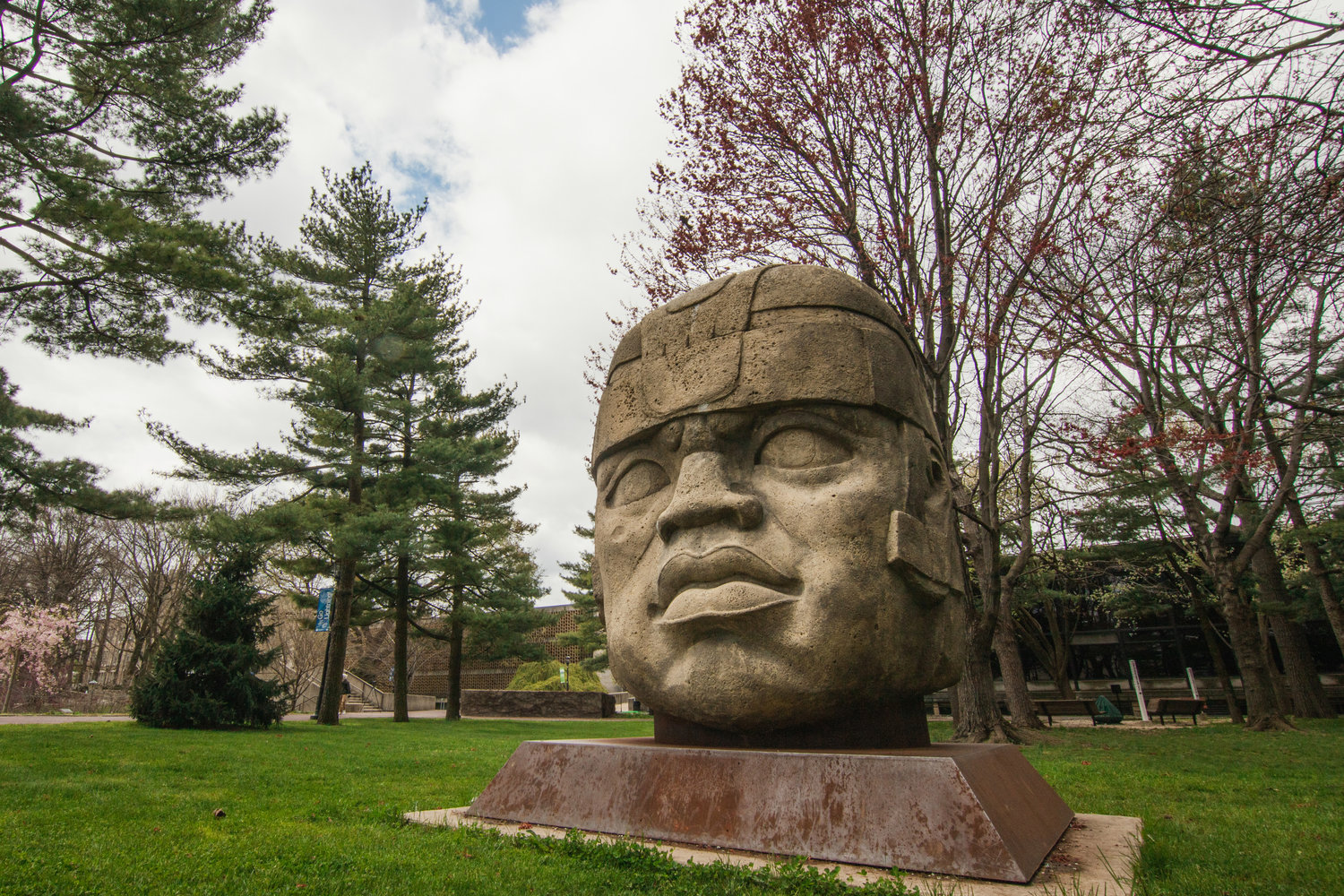 CUNY’s Mexican Studies Institute at Lehman College picks up the largest gift in its 10-year history — a $1 million funding allocation from the city council. The money will back many of the institute’s neighborhood and academic initiatives, looking to boost Mexicans and Mexican Americans across the five boroughs.
Courtesy of Lehman College/ 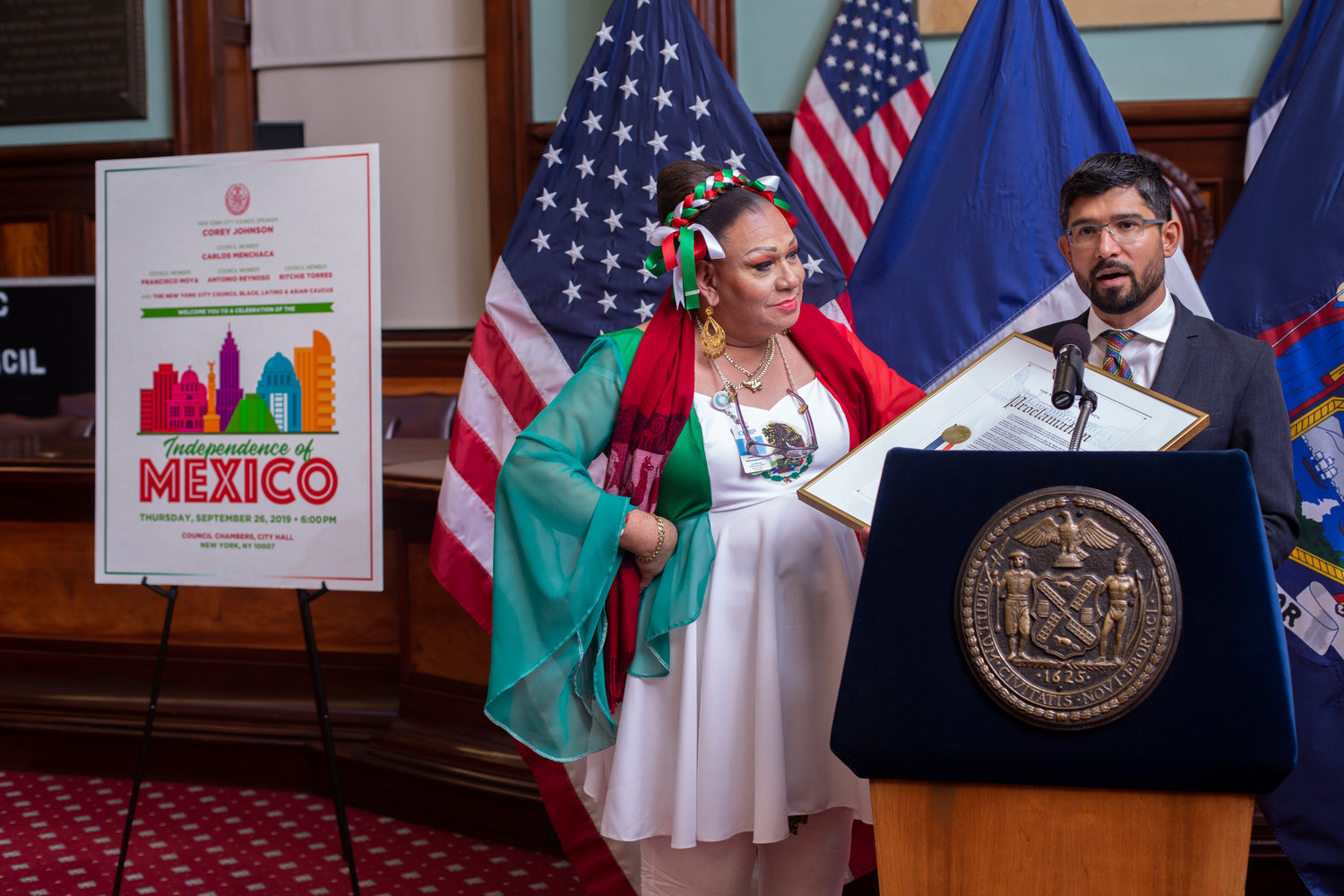 They gave me a chance. And I think that little chance I got went a long way.”
MOISES QUINTERO
By ETHAN STARK-MILLER

When he first started at CUNY’s City College of New York five years ago, Moises Quintero had trouble envisioning professional success for himself.

“When I first started, I had a 2.8 grade point average,” he said. “And honestly, on paper, it looked like I wasn’t capable of getting into (grad) school or whatever.”

But four years later, things have really changed for Quintero. The Staten Island native did indeed make it into not one graduate program, but three. Despite offers from Columbia and Yale universities, Quintero is about to embark on advanced studies in architecture at Harvard University.

Sure, it was Quintero who did the hard work. But his academic transformation didn’t happen magically. Instead, Quintero owes much of his success to CUNY’s Mexican Studies Scholarship Fund, which he won during his sophomore year at City College. The scholarship offers up to $7,000 to not just Mexican American students, but any CUNY student in need who does well academically.

“They gave me a chance,” Quintero said. “And I think that little chance I got went a long way.”

Quintero immigrated from Mexico when he was just 4. He earned his way into college, but his parents couldn’t afford to pay for it as they instead focused on making their own ends meet. It’s all too common a story among those earning the Mexican Studies scholarship.

“So, that leaves us students not as developed emotionally, cognitively,” Quintero said. “The scholarship really knows that, and they try to fill in the gaps as far as that development goes with the workshops that they have. The little topics that they focus on. And I feel like all of that definitely contributes to career development, professional development, and just personal development.

“So, it’s not just a source of funding. It’s more than that.”

The scholarship comes from the Mexican Studies Institute, which is housed at Lehman College. José Higuera López, the institute’s deputy director, says the institute focuses on supporting the city’s Mexican and Mexican American populations through both academic and cultural programming.

Next February, the institute celebrates its 10th anniversary, Higuera López said. And the city council delivered an early birthday gift — $1 million. It’s the largest allocation the institute has ever received.

“It was easy to request this money because of the work that we’re doing, and the reach that we have been having within the city,” Higuera López said. “So out of the 51 city council districts, we have served virtually all of them through one of our initiatives.”

The large cash infusion allows the Mexican Institute to finally hire many of its employees full-time. The money also allows the outreach organization to expand existing programs, reaching more people throughout the five boroughs.

Outgoing Brooklyn councilman Carlos Menchaca, the first Mexican American to serve as a city council elected, was instrumental in securing these funds.

Up until this year, the Mexican Studies Institute relied heavily on private donations, said Cesar Vargas, Menchaca’s chief of staff, while other CUNY institutes got a bigger chunk of the pie.

More often than not, those other institutes “didn’t even spend the money that they were allocated in previous years,” Vargas said. “Whereas the Mexican Institute has literally spent every single penny toward programming, toward services, toward research, cultural events. So, this is where the councilmember was a big champion. Really connecting with the (council) Speaker, with CUNY, to ensure that the Mexican Institute was funded on par with the other institutes.”

Boosting enrollment comes through programs like the Education Opportunities Initiative. It’s here educational support services are delivered to underserved communities in five locations across the city. Like applying for scholarships, getting into pre-kindergarten programs, signing up for English as a second language courses, or anything else dealing with education.

“Our aim is to … reduce these gaps of access to education,” Higuera López said. The city already provides many of these programs, “but people sometimes don’t know where to start. So that’s where we come in.”

Another one of these education initiatives is the very scholarship fund Quintero benefited from, Higuera López said. That money comes from private donations, not public funding.

“We give access to education to anybody that wants to come into CUNY,” Higuera López said. “Because, as you know, even though CUNY is one of the most affordable colleges, it’s still hard to access education. What we are trying to do with this scholarship program — on top of providing financial support — is providing administrative support. Because most of our students are first-generation college students, so they sometimes don’t know how to navigate the system.”

The institute is building an archive and materials library critical to understanding the Mexican diaspora, Higuera López said. This includes books, academic journals and news clippings, among other things. One initiative involves cable access channel BronxNet with an oral history project documenting stories from the city’s Mexican community.

The institute also partners with several community organizations to support immigrants. Like a collaboration with the New York Legal Assistance Group to help those who need it with parts of the immigration process like applying for a green card, or even citizenship itself.

Instead of using the $1 million allocation to start new programs, Higuera López says they’ll put it toward expanding what they already offer.

“This allocation really strengthens everything, like the research activities, archiving, lectures, all the programming, the initiatives,” Higuera López said. “And so, yeah, we’re very excited (for) what the next years bring.”