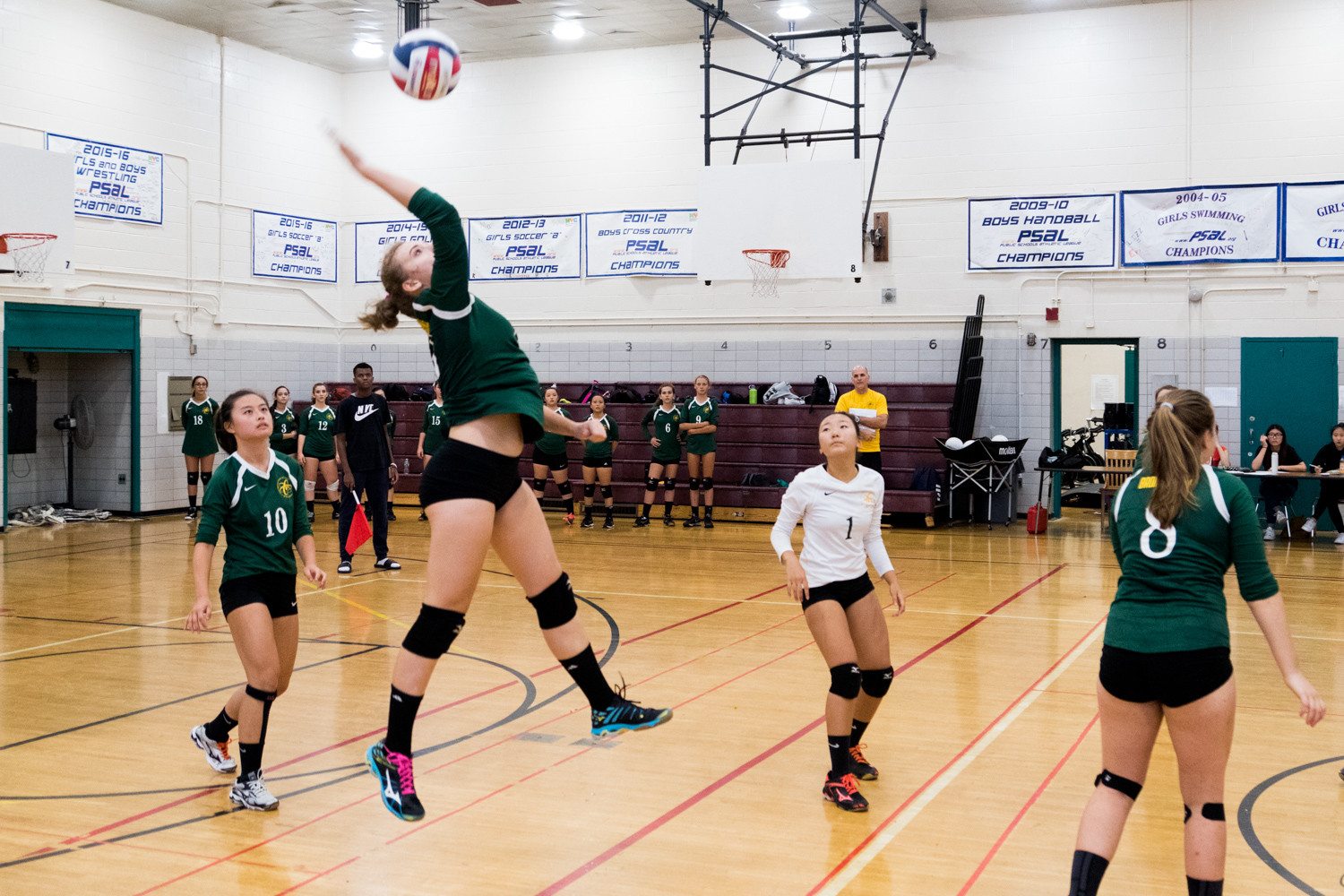 Daniel Skilins has been the head coach of the Bronx Science girls volleyball team for six seasons now. And to get a gauge on how successful his Wolverines have been, just consider his answer to the question, “When was the last time you lost a regular-season game?”

“I’m not sure, but I don’t think we’ve ever lost a match in the Bronx since I’ve been here,” Skilins said. “You know, I just don’t remember.”

That’s not just “coach-speak.” Skilins really doesn’t know, and who could blame him? The Public School Athletic League website only logs regular-season records for the past three seasons, and in each of those campaigns, Bronx Science posted consecutive 12-0 seasons while claiming the Bronx A Division title each time.

It is quite a feat for the program, so why don’t they acknowledge it more?

“I wish we did,” Skilins said. “But there’s a certain echelon that we’re reaching for and I’m really proud of the way this program tries to attain that every year. We’re trying to win a city championship every year. That’s the goal.”

And while last week’s straight-set victory over Clinton boosted Science’s record to 3-0 this season — meaning the Wolverines have now won at least 39 straight regular-season matches — the one thing that has eluded the school, at least for now, is a city title. That’s the Holy Grail for a program that has enjoyed nothing but success in the regular season, but has only reached the PSAL quarterfinals and semifinals, respectively, in each of the past two postseasons.

“Little by little, we’re getting there,” Skilins said.

It’s that lack of experience outside of his brilliant senior class led by Kateryna Slinchenkova, Audra Berg and Kendal Chapman that prevents Skilins and his seniors from predicting a city crown this year. But that doesn’t mean this won’t eventually turn out to be the Year of the Wolverine.

“The hardest thing about this year is we have a core unit of players that didn’t get to taste that top four” ranking, Skilins said. “What’s it like? What does it mean to be one of the top four teams in the city? What does it take to be that elite team? It takes a lot, and these younger players haven’t been there.”

One player who knows a thing or two about being the best is Slinchenkova. In Science’s victory over Clinton, the senior logged five aces, six service points and eight kills in the 2-0 win. And as one might expect, she got plenty of help from her senior friends as Chapman posted 10 aces, 11 service points and 10 assists, while Berg added eight kills.

It’s that trio who will have the most to say about whether this will finally be Science’s year.

“We’re progressing,” Slinchenkova said. “I don’t know if this is the best team I’ve played on because we don’t have enough experience. But despite having a young team, we have two great captains (Chapman and Berg) that are always pushing us to do better. We have a team full of potential that is not as clean with techniques, so we’ve been focusing a lot on techniques, and I think we have progressed a lot in the first month so far.”

There are many championship banners adorning the walls of Science’s gymnasium. Signs acknowledging the accomplishments of such programs as girls soccer, fencing, gymnastics and girls and boys wrestling. They take up a considerable amount of wall space, but Skilins is sure he could find a suitable spot for his team if they are able to finally fulfill their dream of a city crown.

“The administration here jokes about it with me now,” Skilins said. “Mr. (Michael) McGrath, I can’t say enough about him. He’s a big advocate for a lot of stuff we do here, and there is a lot of joking around in the office about us winning a title.

A PSAL quarterfinal berth two seasons ago followed by a date in the semifinals last season. If Bronx Science continues with the progression Slinchenkova spoke of, then maybe at long last, a volleyball banner will be raised at Bronx Science this season.

“I like our chances this year,” Skilins said. “I think we’re going to see our biggest reward at the end of the season, and I think that biggest reward is a city championship. I want to see them jump up and down and celebrate. I’d still like to hoist a banner up. That’s what I’m waiting for.”