City’s media funding could be permanent 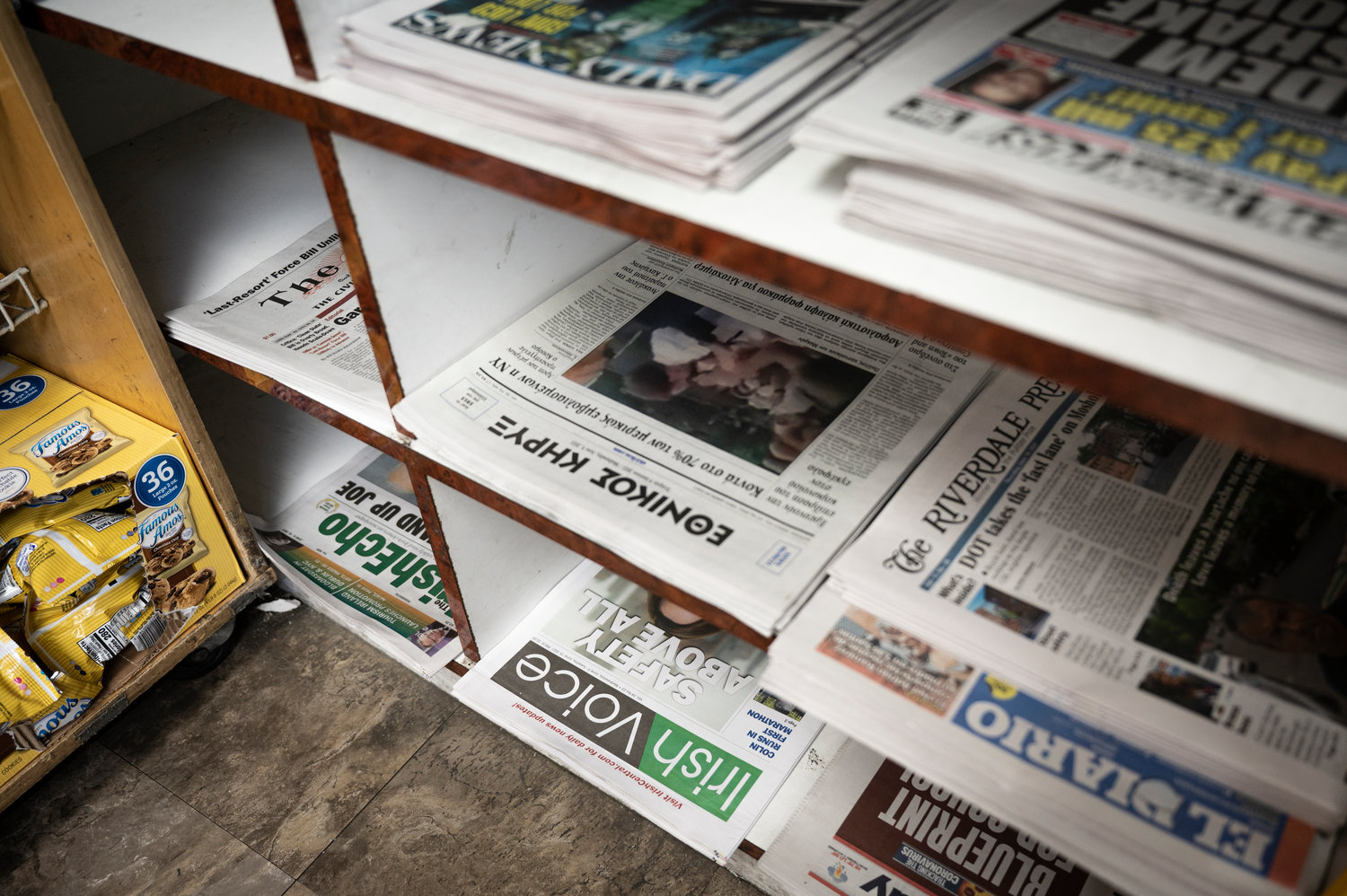 Mayor Bill de Blasio passed an executive order in 2019 requiring all city agencies to direct half of their advertising budgets to community and ethnic media outlets — a program that many of those outlets say was a resounding success. Now, Councilman Ydanis Rodriguez is pushing a bill intended to make this advertising mandate permanent in newspapers like these found at Te-Amo Convenience Store at West 231st Street, and establish a city office to oversee it.
HIRAM ALEJANDRO DURÃN 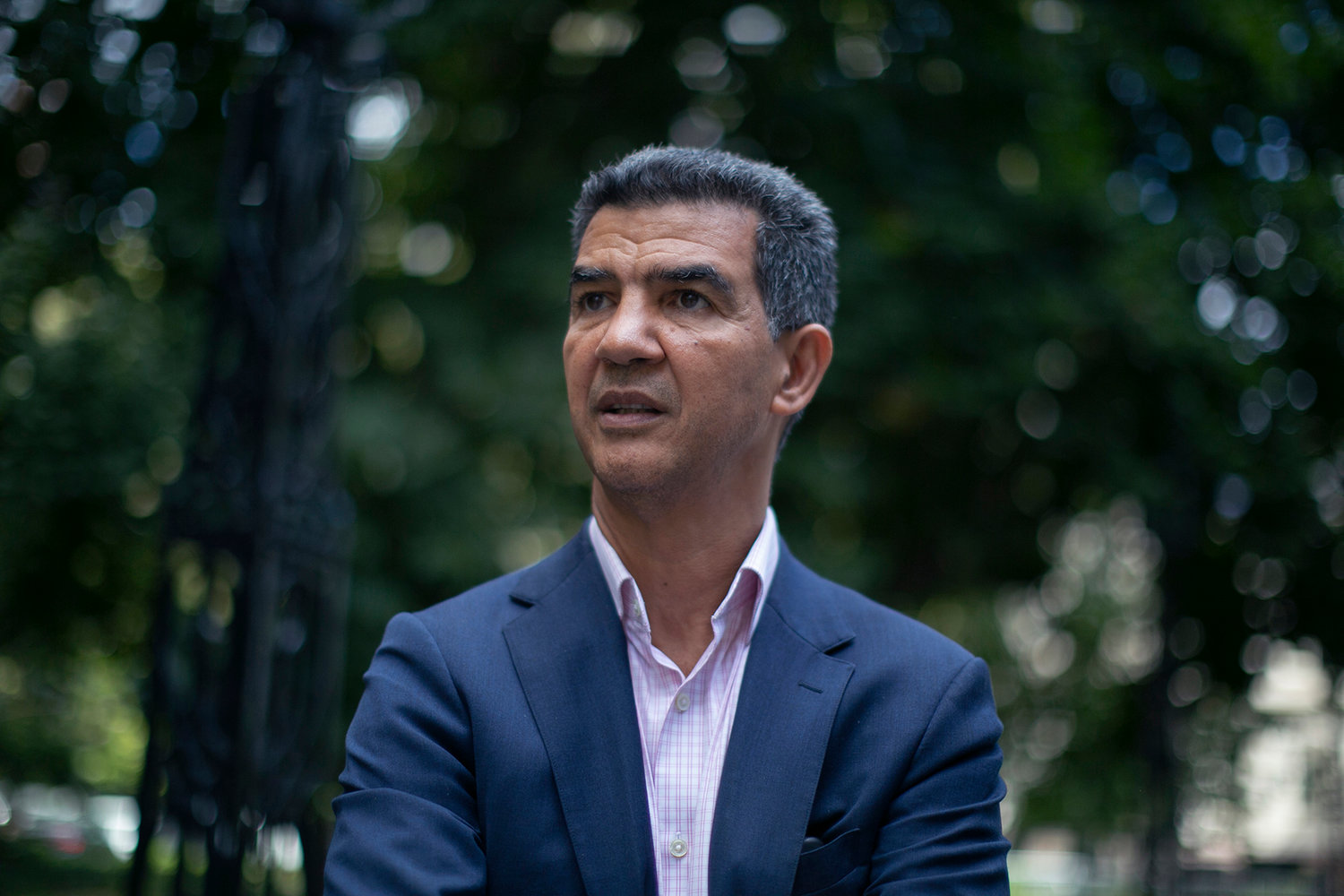 Councilman Ydanis Rodriguez says the city’s hundreds of community and ethnic news outlets are essential for getting information to its geographic and non-English speaking communities. This is why Rodriguez is sponsoring a bill intended to mandate agencies continue spending half of their advertising budgets on local outlets, building on a 2019 executive order from Mayor Bill de Blasio.
Courtesy of New York City Council
Previous Next
By ETHAN STARK-MILLER

More than 800 different languages are spoken in New York City, home to a number of diverse ethnic and racial groups. And then there are the neighborhoods themselves in each of the boroughs — many of which find their news from more than 300 media outlets, including The Riverdale Press.

While the news industry at large has faced hard times financially for the last decade — many of the city’s community- and ethnic-focused media in particular have struggled with bringing in advertising revenue.

It’s not their fault, says Darlie Gervais, the advertising boost coordinator at CUNY’s Center for Community Media.  These outlets are often very small and rely on advertising from local businesses which might not have the extra money to buy space, or fully recognize the value of neighborhood journalism.

“Sometimes they publish for a really small demographic,” Gervais said. “So, in those local areas, you have small business owners as well, they cannot afford to place advertising in those newspapers. So, publishers were always struggling, struggling to find a way to survive or to sustain themselves.”

Those struggles prompted Mayor Bill de Blasio to issue a 2019 executive order mandating all city agencies spend at least 50 percent of their print and digital advertising budgets in community and ethnic media.

And it’s made a difference, Gervais said. Her center reports higher revenue from city agencies to these outlets since the executive order went into effect, including a number of publications that had never carried city ads before.

“There were at least 25 first-time recipients of advertising because of Mayor de Blasio’s executive order,” Gervais said. “Because of that redistribution of government advertising spending.”

In fact, city agencies spent $9.9 million — out of their combined $11.8 million advertising budget — on print and digital ads in local media.

That was especially important as the coronavirus pandemic started punching death blows to many businesses, including news outlets. For many, this expanded advertising was a lifeline.

A survey the center conducted at the beginning of the pandemic revealed 84 percent of those responding lost up to 75 percent of their ad revenue from local businesses. Much of those funds, however, were replaced by city advertising that continued through the pandemic.

But how much longer will this policy continue? That’s a good question because the executive order continues at the pleasure of the mayor, and de Blasio’s days at City Hall are numbered thanks to term limits. His successor will most likely be picked in a June 22 primary, and de Blasio will have moved out of Gracie Mansion by the end of the year.

“The main concern is, what is the next mayor going to do?” said Councilman Fernando Cabrera, who represents part of Kingsbridge Heights. “Because the next mayor could just eliminate this executive order.”

That’s why Cabrera  — who is running for Bronx borough president — supports a bill sponsored by Councilman Ydanis Rodriguez that would turn this executive order into law. Rodriguez says the bill is vital because it increases investment in ethnic communities that are often left behind.

“It will expand this executive order,” Rodriguez said. “It will empower community and ethnic media to have access to some of those millions of dollars that the city has been spending directly or through agencies that sometimes doesn’t get to the local communities where the money should also be spent.”

The bill is backed by others seeking new jobs, like mayoral candidate and Brooklyn borough president Eric Adams and council Speaker Corey Johnson, who wants to become the city’s next comptroller. It’s also backed by Councilman Oswald Feliz, who won the seat formerly held by now-U.S. Rep. Ritchie Torres back in April.

The legislation would mandate city agencies continue to spend 50 percent of their advertising budgets with community and ethnic news outlets. But it also expands that mandate from print and digital advertising to also include television and radio.

In addition to helping local publications financially, Rodriguez said, placing more city ads in community and ethnic outlets will make it easier for the city to get important information out to communities that speak other languages. Like details about coronavirus vaccinations and explainers on how to fill out a ranked-choice voting ballot.

“This city is not an only English-speaking city,” Rodriguez said. “Or this city is not only a city where people are informed through the mainstream media. Sometimes people follow a Dominican television program that has been here since before I arrived in New York City in 1983. There’s a generation of those residents of (the city) who are loyal to those programs.”

And it’s not just important these communities get this critical information, Cabrera said, but that it’s also delivered in a timely manner.

“That is the significant piece,” Cabrera said. “It’s not that they get their information, but it’s that they get it at the same time as other groups. Because it’s critical information that we can’t allow not to go forth and arrive on time.”

At a recent council committee hearing for the bill, Gail Smith — publisher of the Spanish-language outlet Impacto Latino — shared how ethnic media “connects migrants that are culturally and linguistically diverse with their own local communities.”

“We provide information on city services, health, migrant’s rights, and other types of information to live and thrive in New York City.”

The bill also would establish an office of community and ethnic media responsible for coordinating such advertising in local media outlets across the city. The office would be tasked to ensure agencies meet the 50 percent advertising mandate, Rodriguez said. It also would gather data on the city’s community media outlets to better target their advertising campaigns.

Rodriguez is confident the bill will pass, saying it has broad support in the council.

Although it’s still in committee, Cabrera believes it could be brought up for a floor vote very soon.

It’s really important that this bill pass, Gervais said, because of the central role these outlets play in informing ethnic and geographic communities.