Citywide rezoning could target housing in 2024

Eric Adams says he’ll conjure a ‘City of Yes,’ but first he’ll have to convince Community Board 8 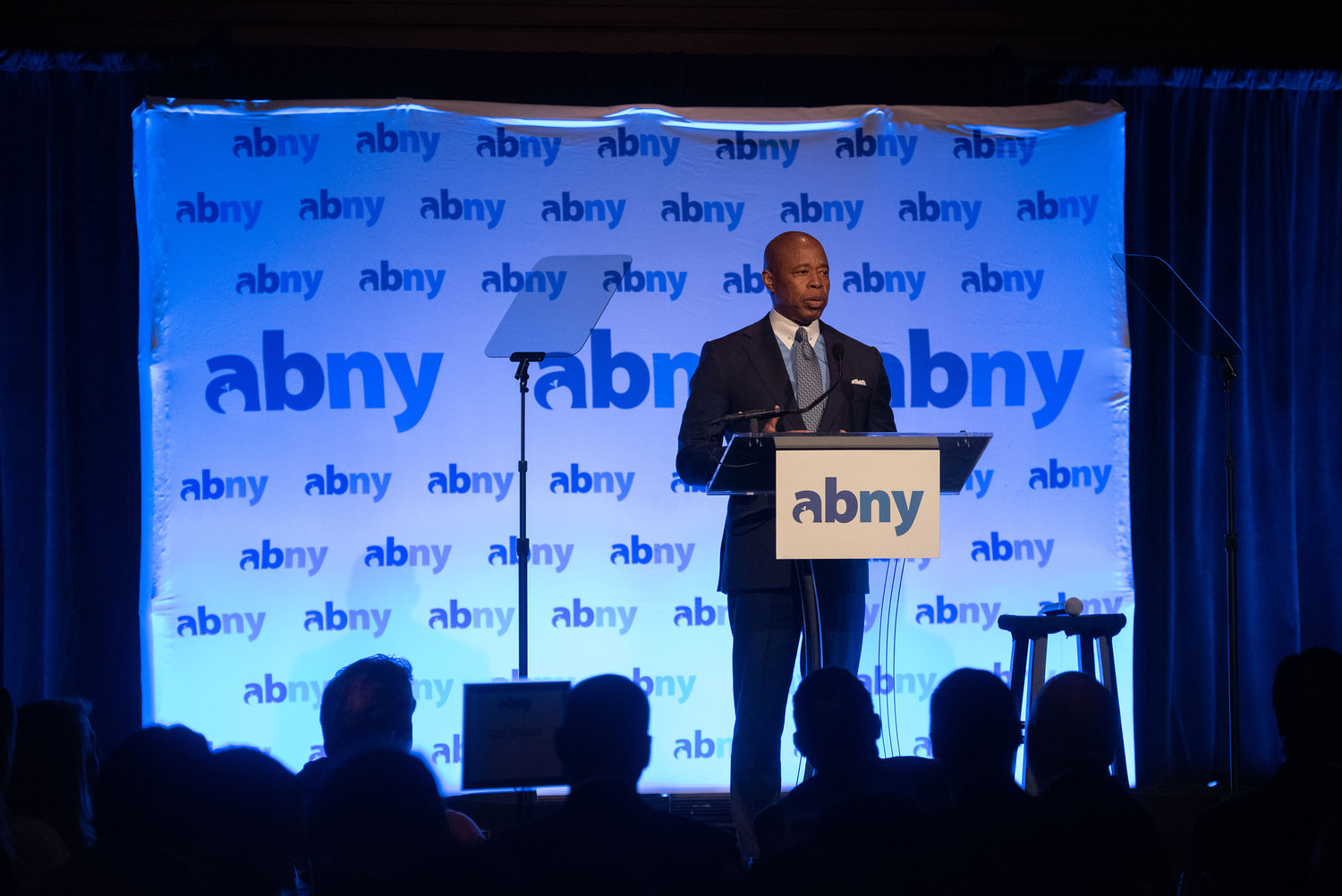 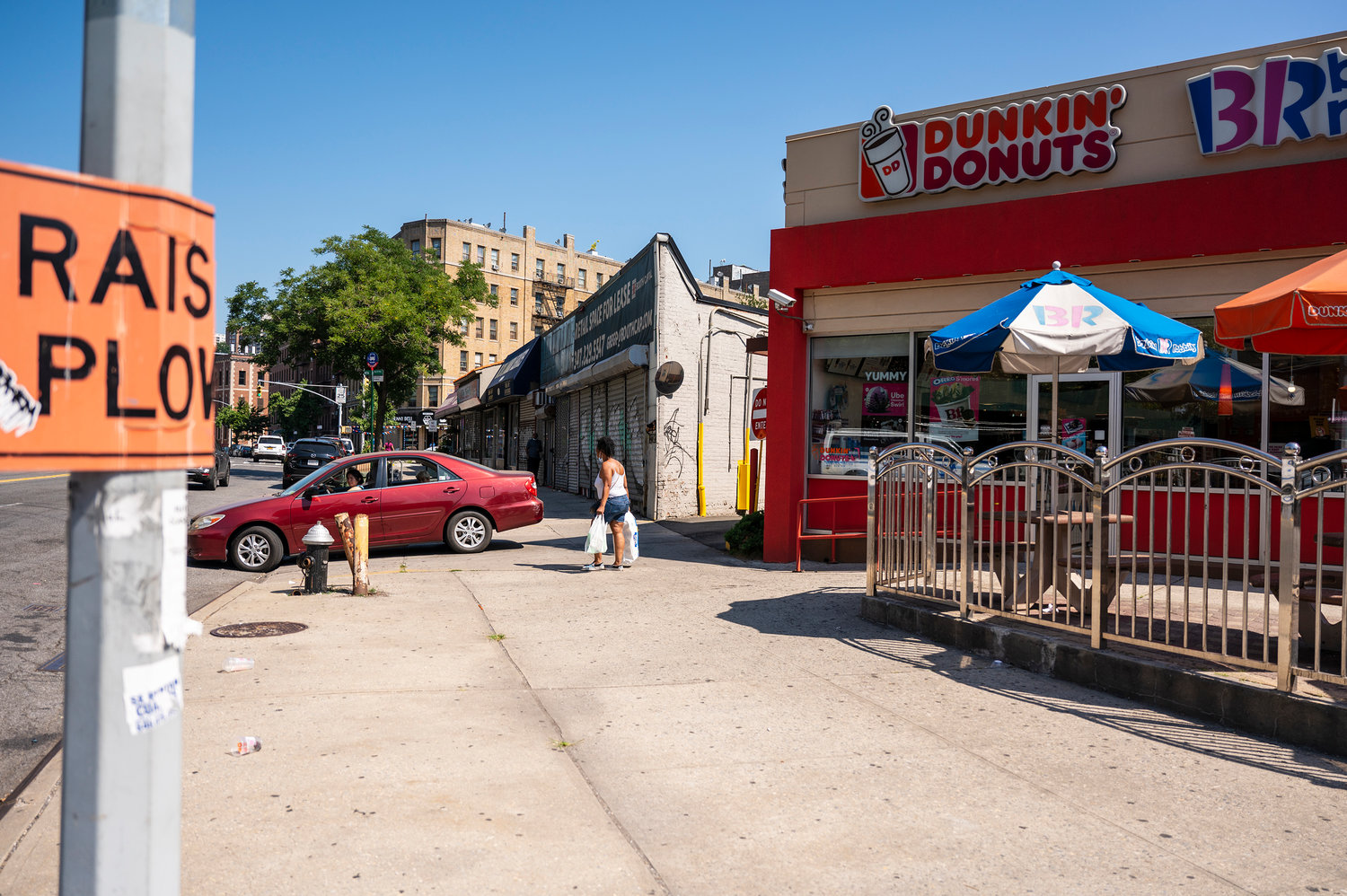 Storefront on West 230th Street near the 1 train are located on a block currently zoned for commercial and office use. But some of that could change, if Mayor Eric Adams gets his way.
HIRAM ALEJANDRO DURÁN
Previous Next

Community boards may have a long wait ahead to learn the details of “City of Yes,” the auspicious name given to three citywide zoning text amendments Mayor Eric Adams announced last month.

City planners have their work cut out this summer drafting up a public campaign on the carbon reduction portion of the plan, which will include proposals to make it easier to build electric vehicle charging stations and install rooftop solar panels in New York City.

Two other amendments will focus on commercial properties and housing.

For Community Board 8 members and residents, it’s that last text amendment they are interested in.

Not until early 2024 will the city planning department launch the third and final citywide text amendment, which is focused on housing.

“We felt this is the best order in terms of getting all the parts moving,” said city planning spokesperson Joe Marvelli.

“We know housing is a vital issue and one that can be very complicated. This gives us a chance to have the most amount of engagement with New Yorkers on it. Adding solar panels, that’s a more singular issue.

“Housing has many facets, and there’s more to discuss, so we want to make sure we have many conversations.”

Adams has outlined a plan to spur growth in the housing stock and increase development flexibility in every neighborhood, for instance, by allowing homeowners to convert part of their home into a separate apartment without adding a parking space.

It will play an important role in the mayor’s broader plan to create and preserve affordable housing by increasing the housing stock overall. There are 0.85 housing units for every job in New York City, with an immediate need to produce 227,000 additional units, according to AKRF, a real estate consulting firm.

A week after the mayor’s announcement, CB8 land use committee chair Charles Moerdler briefed the panel on the proposed changes and laid out a plan for the board to mount its defenses, which so far include a new subcommittee to address the mayor’s plan.

Bronx borough president Vanessa Gibson signaled unease about the mayor’s zoning plan in her June 27 letter on the Throggs Neck rezoning application that has galvanized Bronx Community Board 10 this year.

“If the city is going to be the ‘City of Yes’ we need to ensure the infrastructure is capable of handling any increase of density,” Gibson wrote. “My recommendation is to ask the mayor to dedicate resources to fixing the infrastructure problems within the community to ensure that this new development can be built and still provide services at an even better rate than there are today.

“Additionally, I would like the mayor to commit to investing in establishing a multi-agency task force that would work with community boards, local stakeholders, and community organizations.”

Around the middle of next year, formal review will begin for the second citywide text amendment focused on commercial properties. The mayor wants to lift the century-old ban on dancing in bars without cabaret licenses and plans to give business-owners more control over their space.

“We are going to turn New York into a city of yes. Yes in my backyard. Yes on my block. Yes in my borough,” Adams said. “The overarching goal: build more housing across the city and change the rules to enable it starting now. That’s what we mean when we talk about a city of yes.”

He plans to incentivize construction by increasing the floor area ratio for affordable housing developments, allowing builders to maximize their footprint on a lot, and ultimately gain higher returns on projects. Adams also promised to ease parking requirements that take up valuable space and add cost, and remove obstacles in the city’s Loft Law for owners to convert commercial buildings to residential ones.

All three citywide text amendments will go through the city’s 17 community boards for a vote of recommendation as part of the Uniform Land Use Review Procedure. The five borough presidents and borough boards also will weigh in before the City Planning Commission issues a binding vote on whether to advance the amendment to the city council.

Community Board 8 will need some convincing to give Adams the ‘yes’ he is hoping for. The last major citywide zoning amendments under former Mayor Bill de Blasio left permanent battle scars in District 8 and across the Bronx, whose community boards all voted against the amendments, known as Mandatory Inclusionary Housing and Zoning for Quality and Affordability.

In a briefing with the city council, the mayor’s chief housing officer, Jessica Katz, said citywide rezoning would aim to grow the city’s housing stock, “to ensure that homes are affordable and protect communities from rising costs.”

“This means growing the overall supply of housing, not just HPD-financed housing,” Katz said. “Every neighborhood must be held accountable for meeting the need for new housing supply.”

CB8 has fought back against such characterizations of the district, but there are signs that the northwest corner of the Bronx is exhibit ‘A’ in housing officials’ calls for citywide rezoning. According to city estimates, the community district added fewer than 20 housing units in 2020, and about 1,100 in total since 2010.

The district includes a 197a preservation plan approved in 2003, which builds on the Special Natural Area District encompassing much of Riverdale west of the Henry Hudson Parkway and the historic district of Fieldston. The restrictions date back to the enactment of the city zoning resolution in 1961, which permitted apartment buildings near the highway south of West 239th Street and scaled back development along the Riverdale ridge descending to the Hudson River.

“That was the high point where the roadway was,” said Sherida Paulsen, the chair of the Riverdale Nature Preservancy and an historian of local urban planning. “At that point, everyone was in cars. It made the most sense for taller buildings to be there, and it would taper down as it got closer to the river. We are the main watershed to the Hudson River. Sometimes people pin a lot of the blame for lack of housing development on the expense of constructing parking, but in our community district, geography plays a huge role in the cost of construction.”

The region’s bedrock, while a perfect anchor for Manhattan’s skyscrapers, is a source of ire for developers in Riverdale. It juts out of earth in odd formations and requires drilling.

A report last month by Manhattan Institute housing analyst Eric Kober identifies CB8 as a “high opportunity neighborhood” for new housing and highlights several areas in particular, including the retail district at Johnson Avenue and West 235th Street, the intersection of Riverdale Avenue and West 230th Street Johnson Avenue which is zoned for manufacturing, and the blocks surrounding Exterior Street and Broadway, which is home to many parking lots and low-rise retail, among others.

The report, which was released the same day as the mayor’s plan, stops short of directly addressing Mayor Adams in its conclusion:

“Riverdale and Kingsbridge are similar to other areas of the city that were rezoned in the Bloomberg administration to permit housing growth. But Community District 8 remains unchanged because of consistent opposition of the community board and elected officials to new housing. The city can no longer afford to avoid justified land-use changes in neighborhoods with recalcitrant local political establishments. These changes proposed here do not threaten the unique qualities of these neighborhoods and would not affect historic districts, sensitive natural areas, or any of the consistently low-rise areas with small homes.”

Moerdler, for his part, is settling in for a long wait before CB8’s land use committee learns the details of the mayor’s citywide rezoning initiative. For now, the housing portion of the plan remains on the distant horizon.

“Three of the most architecturally admired cities in the world are Paris, London, and Washington D.C,” Moerdler said in an interview last week. “What is it they all have in common? They are predominantly low-rise. They cap out at six or seven stories with wide streets. As a result, light an air abound as compared with Manhattan’s streets.”