Schools have reopened despite concerns over having adequate COVID measures 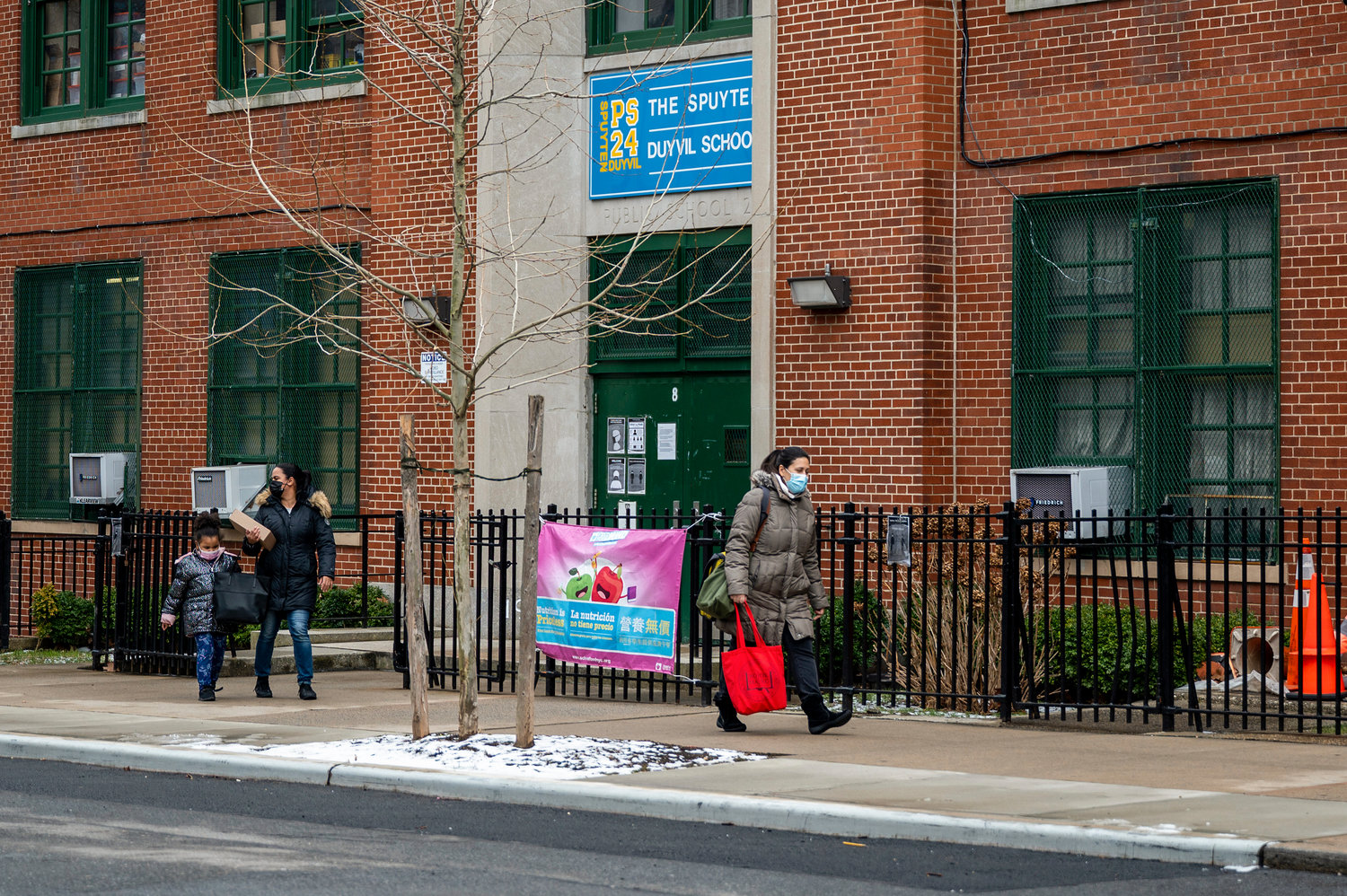 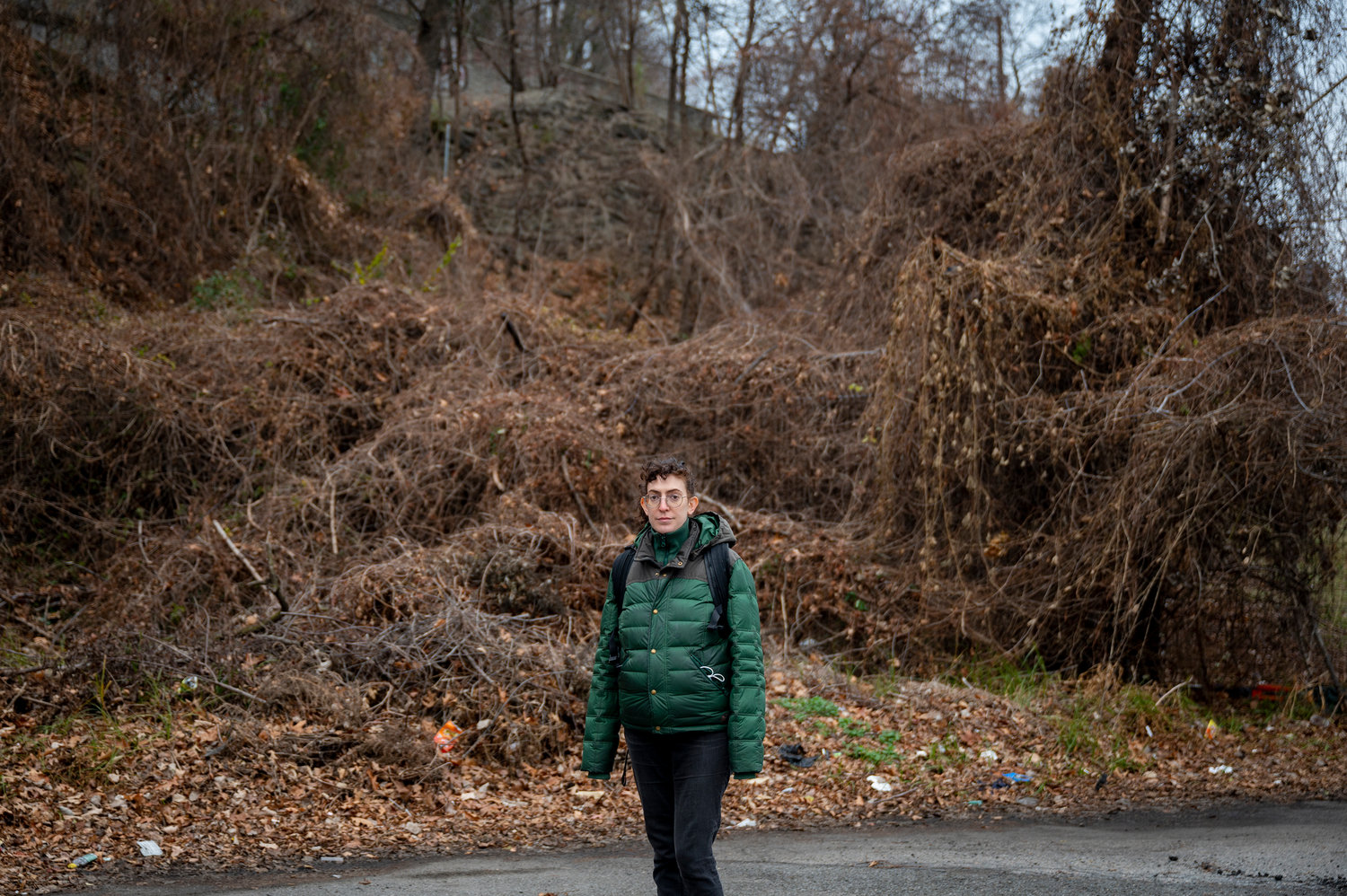 A number school staff members and parents are calling for a remote school option amid an explosion of COVID-19 cases just after the holidays. Riverdale resident Naomi Sharlin teaches at the John F. Kennedy Campus, where she said attempts to create a hybrid work schedule this academic year were shot down.
HIRAM ALEJANDRO DURÁN 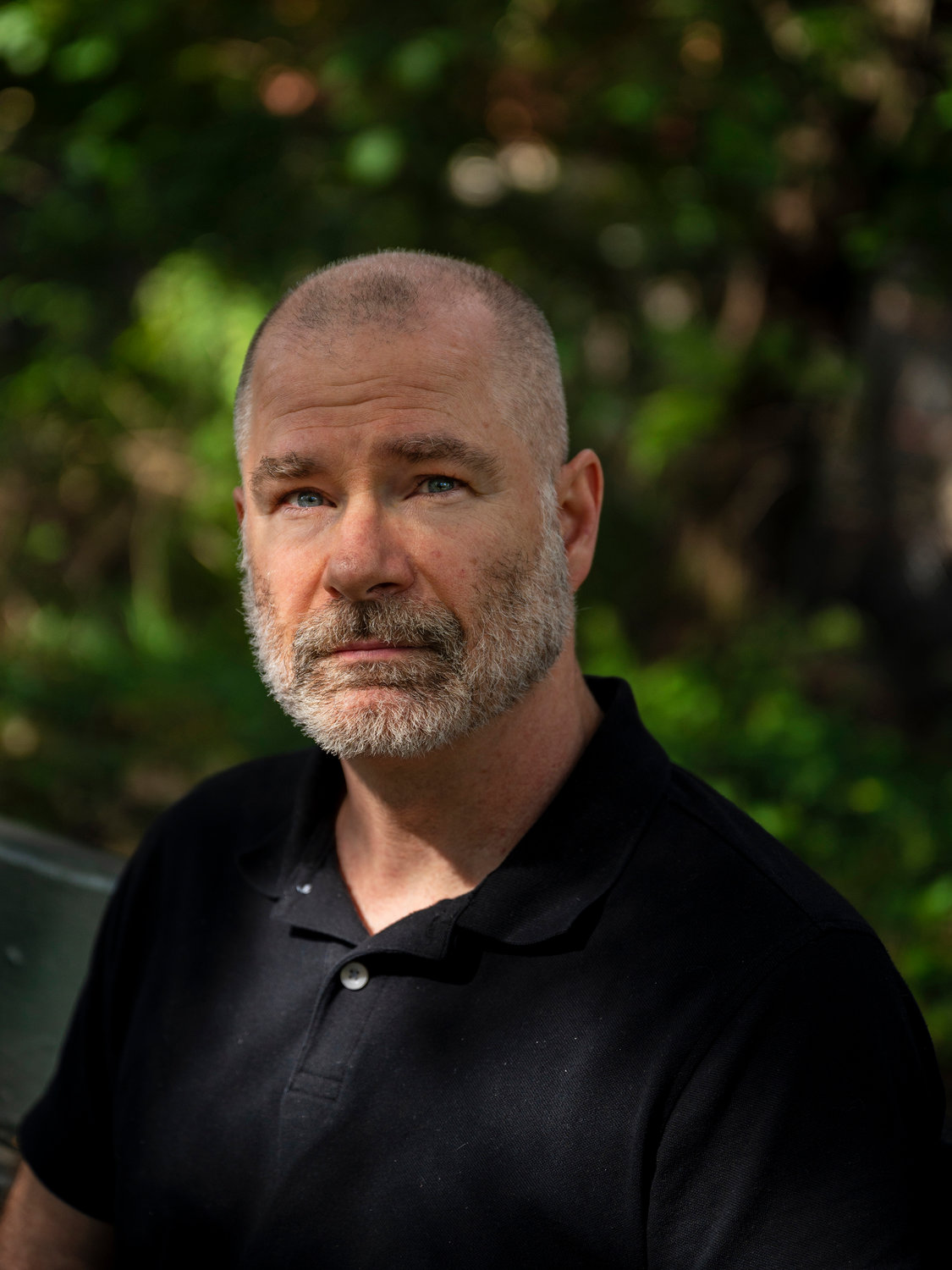 There’s talk in town that this will be the ‘year of retirement’ for teachers. But Riverdale/Kingsbridge Academy teacher Michael Flanagan, a union chapter leader, saiys despite the stress and pressure being much worse this academic year than last, he plans on extending his time until retirement.
HIRAM ALEJANDRO DURÃN/ File
Previous Next
By SARAH BELLE LIN

Demoralizing. That’s what Naomi Sharlin called her first day back at school.

A pregnant mother of one, Sharlin teaches English language arts at ELLIS Preparatory School at the John F. Kennedy Campus. Roughly half the student body didn’t return on Jan. 3, along with a quarter of the school’s staff and one of her 22 other teaching colleagues.

The omicron variant continues to take the coronavirus to new record highs in infection rates, but New York City schools vow to stay open. Yet, that doesn’t mean many are comfortable making a return.

“In a dream world, everybody would get a rapid test before they enter the building,” Sharlin said.

A majority of the positive tests in December locally came from schools in Marble Hill. P.S. 310 Marble Hill on West Kingsbridge Road, for example, had six positive cases from students who opted-in to test on Dec. 22.

The decision to reopen schools after the holiday omicron surge has been described by some as reckless and insane. Whether they share those sentiments or not, hundreds of teachers and students elected to start 2022 by staying home.

That has forced some schools to close, like P.S. 58 in Brooklyn’s Carroll Gardens. Overall, more than 33 percent of students across the city were absent on that first day, according to the city’s education department. That’s more than 360,000 students out of a little more than 1 million in public schools.

At least five small school districts in New Jersey have chosen to keep students and faculty home this week. Yonkers elected for a fully remote schedule through at least Jan. 7.

Sharlin’s campus remains fully remote through last summer thanks to what she described as “sheer force of will” by her principal. ELLIS designed a hybrid work schedule for what was supposed to begin last fall, but an order came from the education commissioner before the start of the academic year there would be no more remote options.

Although that was a directive from the last administration, new mayor Eric Adams feels the same.

“The safest place for our children is in a school building,” Adams said before unveiling plans to double its efforts for random school COVID-19 testing.

“I’ve only been tested once in school this entire year,” Sharlin said. “I think that tells you how inadequate the testing has been.”

Now, she says, there’s a “big push” at ELLIS encouraging students to opt into testing.

Michael Flanagan, a social studies teacher at Riverdale/Kingsbridge Academy, left for winter break feeling physically ill. He returned Monday to find just half the school’s students absent, along with roughly a quarter of the school’s employees.

“Special education co-teachers (are) being pulled to cover classes,” Flanagan said. “Are there a lot of teachers retiring? Resigning? Absolutely. They’re calling this the ‘year of retirement.’”

RKA most recently quarantined one classroom over COVID-19, with three positive results coming from nearly 60 tests since Dec. 29, according to the DOE. At least 49 students were on the school’s quarantine list Monday morning, Flanagan added.

Monique Dols treks from her Kingsbridge home to teach humanities at Fannie Lou Hamer Freedom High School just outside of Soundview. One of her colleagues actually tested positive in front of a room of students while demonstrating how to use the an at-home tests.

During class Monday, none of the students absent from Dols’ class showed up in the virtual classroom she set up online. But she’s also not upset about that, either.

“Frankly, people keeping their kids home right now are doing a public service,” she said, by helping to keep transmission rates down.

The education department can help bring everyone back by doing a little more planning, according to the United Federation of Teachers labor union, as well as some educators and parents. That means more weekly testing, situation rooms to deal with problems, real-time COVID-19 data, proper air ventilation, and remote classroom options for students.

Some are also questioning moves by city officials to address staff shortages by decreasing the number of available sick days they have, despite requirements to be away from campus if there is a need to quarantine or isolate.

Even more, city officials have transferred contact tracing responsibility to schools themselves, partly due to the availability of take-home tests.

“This is now all falling on individual schools,” Sharlin said. “It’s a massive job.”

Some teachers, like Lydia Howrilka, are taking their jobs to the next level. The Brooklyn teacher is appealing the DOE decision, calling for school administrators to no longer force faculty and employees from working in-person.

“We must be fully remote until we can have better access to testing,” Howrilka said, “or until the post-holiday surge of COVID subsides.”

UFT Solidarity wants DOE to shut down campuses over the first two weeks of school while those test results are processed and staffing shortages are handled.

So far, the union’s efforts have been unsuccessful, as schools remain open.

A long meeting rounded out Sharlin’s first day back at the ELLIS school on the JFK campus. The faculty discussed how they were planning on tracking cases, and shared strategies for preventing more. The chaos stretched well into the evening.

“I just checked my work email,” Sharlin told The Riverdale Press Monday night. “Three of my students who were present today have tested positive.”