Clean(er) streets are coming to the neighborhood 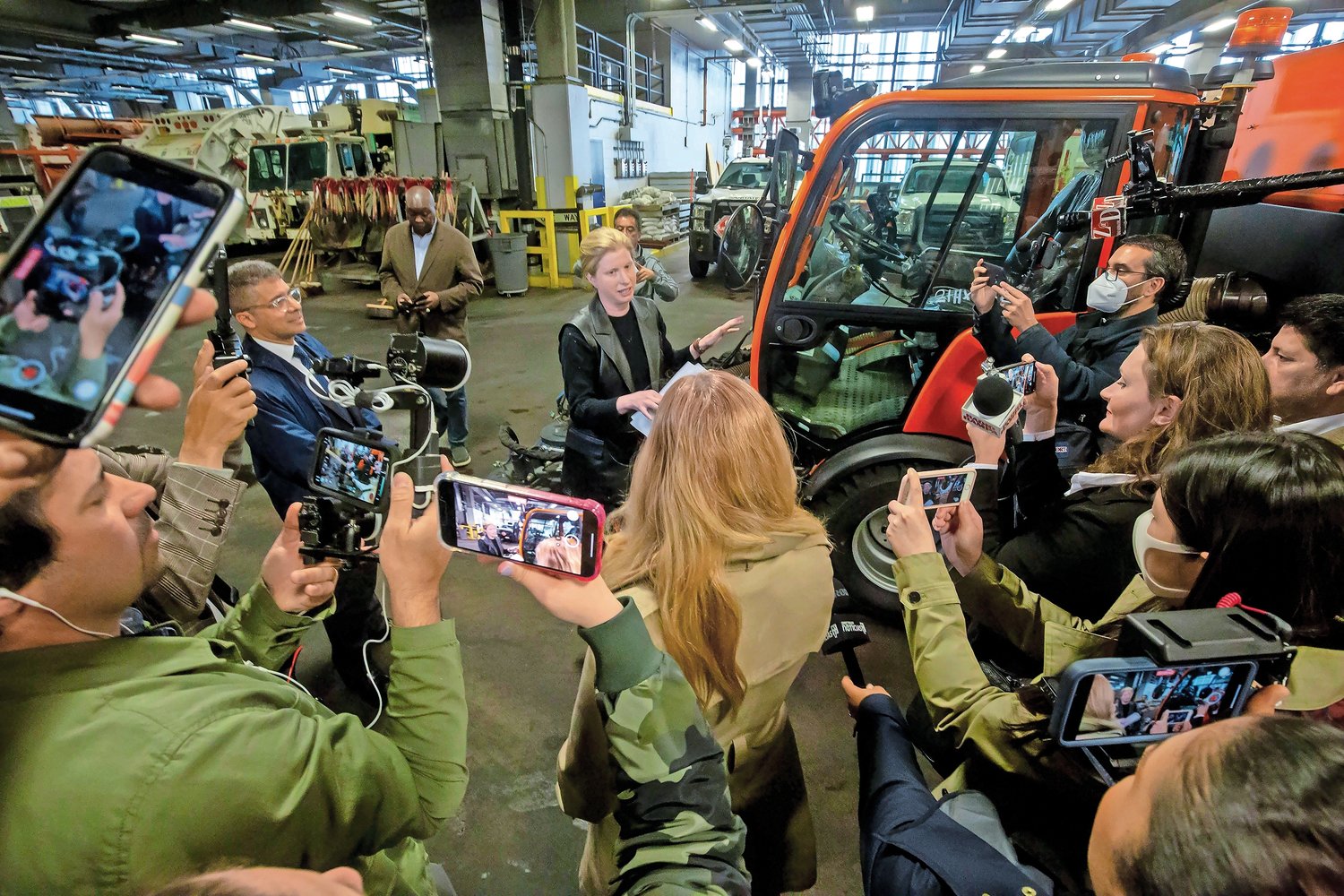 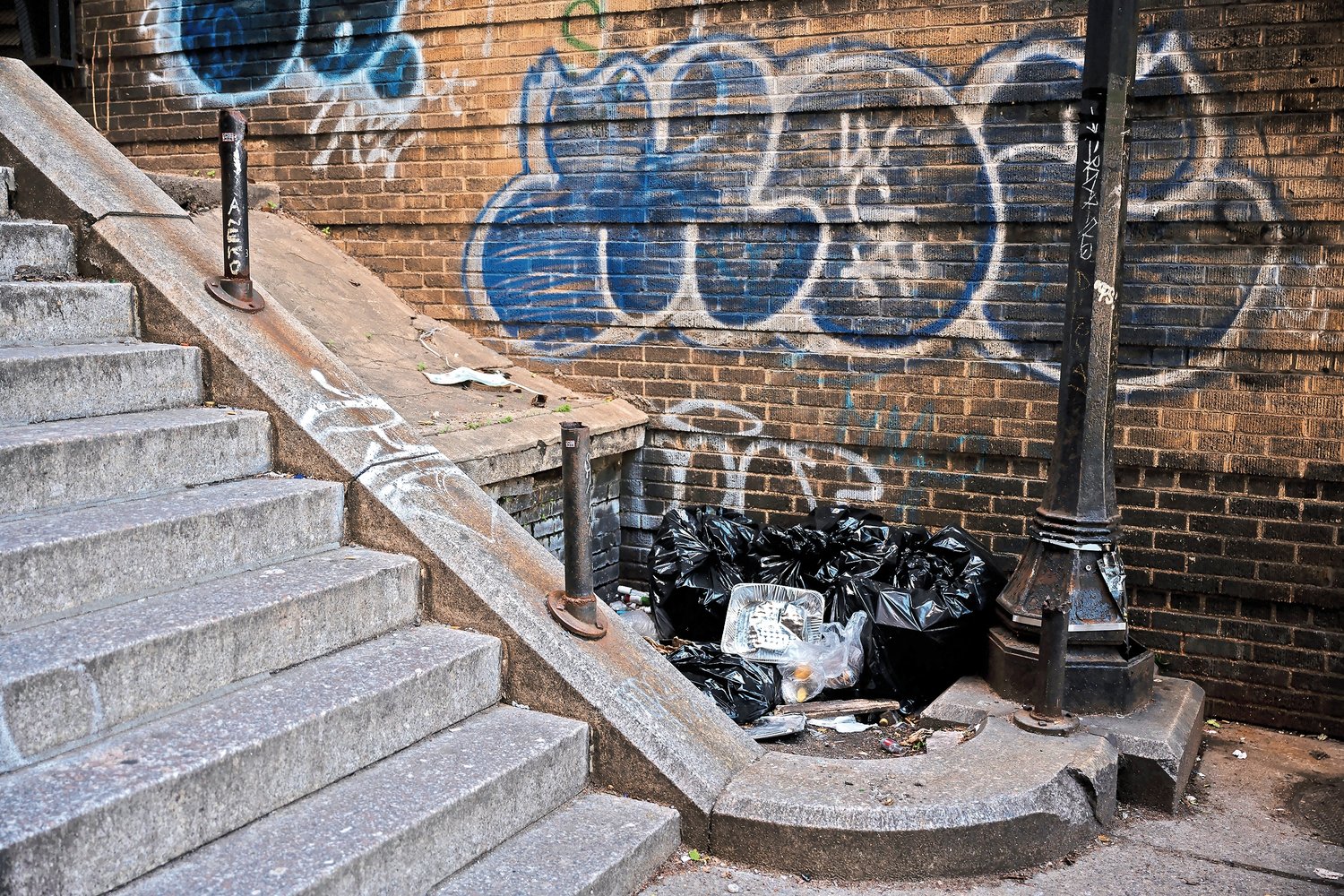 Piles of trash at the foot of the Godwin Terrace steps on Monday, May 9, 2022.
Hiram Alejandro DurÃ¡n
Previous Next
By STACY DRIKS

Around the time people celebrate Independence Day those living in both central Riverdale and near the Jerome Park Reservoir hope to celebrate their independence from trash-laden streets.

At least that is what new sanitation department commissioner Jessica Tisch promises.

Tisch, who took over the key position last month, has committed $11 million to clean New York City’s streets. She had previously led the police department’s transition to more modern equipment as deputy commissioner of technology and spent her first two weeks traveling across the five boroughs to visit regional sanitation departments.

She will manage the city’s waste collection, recycling, and disposal and clean approximately 6,500 miles of streets.

Robert Fanuzzi, chair of Community Board 8’s environment and sanitation committee, says there are multiple trouble spots in the area that are often overlooked by sanitation.

“We have step streets which are already hard to clean to begin with,” Fanuzzi said. A step street is a flight of stairs for pedestrian use.

Every borough has step streets, and in total, there are 102 — but the Bronx has the most. CB8 chair Laura Spalter told The Riverdale Press in 2017 that greater Riverdale has 64 step streets.

Fanuzzi calls step streets a garbage trap caused by the transportation department, which doesn’t clean them. Those streets belong to the DOT.

CB8 traffic and transportation chair Debra Travis said there a couple of hot spots for dumping. They are Sedgwick Avenue between Fort Independence Street and Lehman College, where the dumping is primarily caused by mobile car wash stations and cab drivers emptying out their cars.

“We always reach out to the taxicab companies and tell them to clean up,” Fanuzzi said.

He thinks littering is human nature but can’t say for certain why drivers don’t just walk to a nearby garbage bin.

“The reservoir is a real trouble spot,” Fanuzzi said.

Despite the recent $15.7 million project announced by the environmental protection department to rehabilitate and upgrade the Jerome Park Reservoir, it is still a trouble spot for dumping.

There have been complaints of illegal commercial dumping. Fanuzzi said cars and vans are abandoned there regularly, and it only got worse during the coronavirus pandemic, Fanuzzi told The Press.

At the south point of the reservoir, mobile car washing workers leave behind their trash, and plenty of it.

“By and large they have cleaned up after themselves, but there have been times when they did not and it has contributed to a known dumping issue,” Travis said.

Protected bicycle lanes near and in Van Cortlandt Park need to be cleane up. The new commissioner announced the unveiling of a new bike lane sweeper on May 4. The sanitation department will pilot the use of 10 micromobility operation machines to sweep protective bike lanes throughout the boroughs.

“Historically, it has been difficult to plow (for snow) and sweep bike lanes with narrow streets,” Tisch said, “We bought dozens now but hope to expand.”

The sanitation department used similar machines in the winter storms as the snowplows bombarded the bike lanes for cars.

The northwestern Bronx does not have many bike lanes in the area. However, along Van Cortlandt Park on Broadway, a painted bike lane already has alternate side on Tuesdays — the sweeper cleans the majority of the lanes but misses the nooks and crannies.

“Where our mechanical brooms cannot fit, they maneuver in and out as needed,” said Vincent Gragnani, spokesperson of the Department of Sanitation.

Multiple street islands on the left of the bike lane are at intersections or bus stops that are never touched. But it should change this summer as sweepers will start cleaning on Saturdays.

Alternate side of the street parking is another thing on the commissioner’s mind. Due to the pandemic, it was partially suspended. A portion of the budget will be used to fully restore the rule that allows street sweepers to do their job more regularly.

“The nearly 10,000 DSNY employees, and I’m proud to count myself as one of them, are excited to be getting more of the tools we need to do our job of keeping the city healthy, safe, and clean,” Tisch said.