Students use water-based system to grow produce in a greenhouse 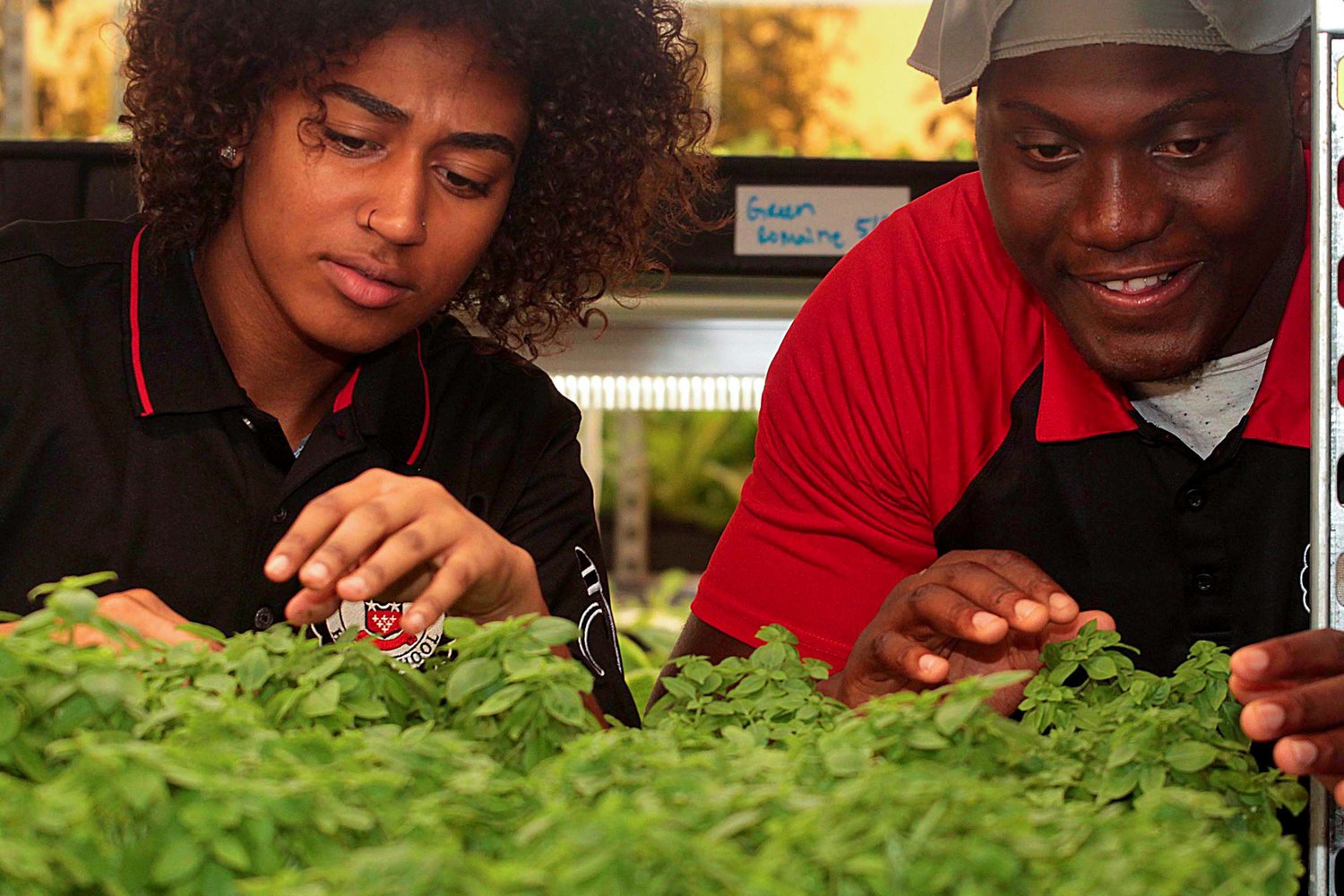 Teens for Food Justice, a Department of Education partner are on DeWitt Clinton High School grounds where they grow their own green vegetables on a farm located on the third floor of the building. It is hydroponic, a more advanced way to farm economically.
Courtesy of Teens for Food Justice 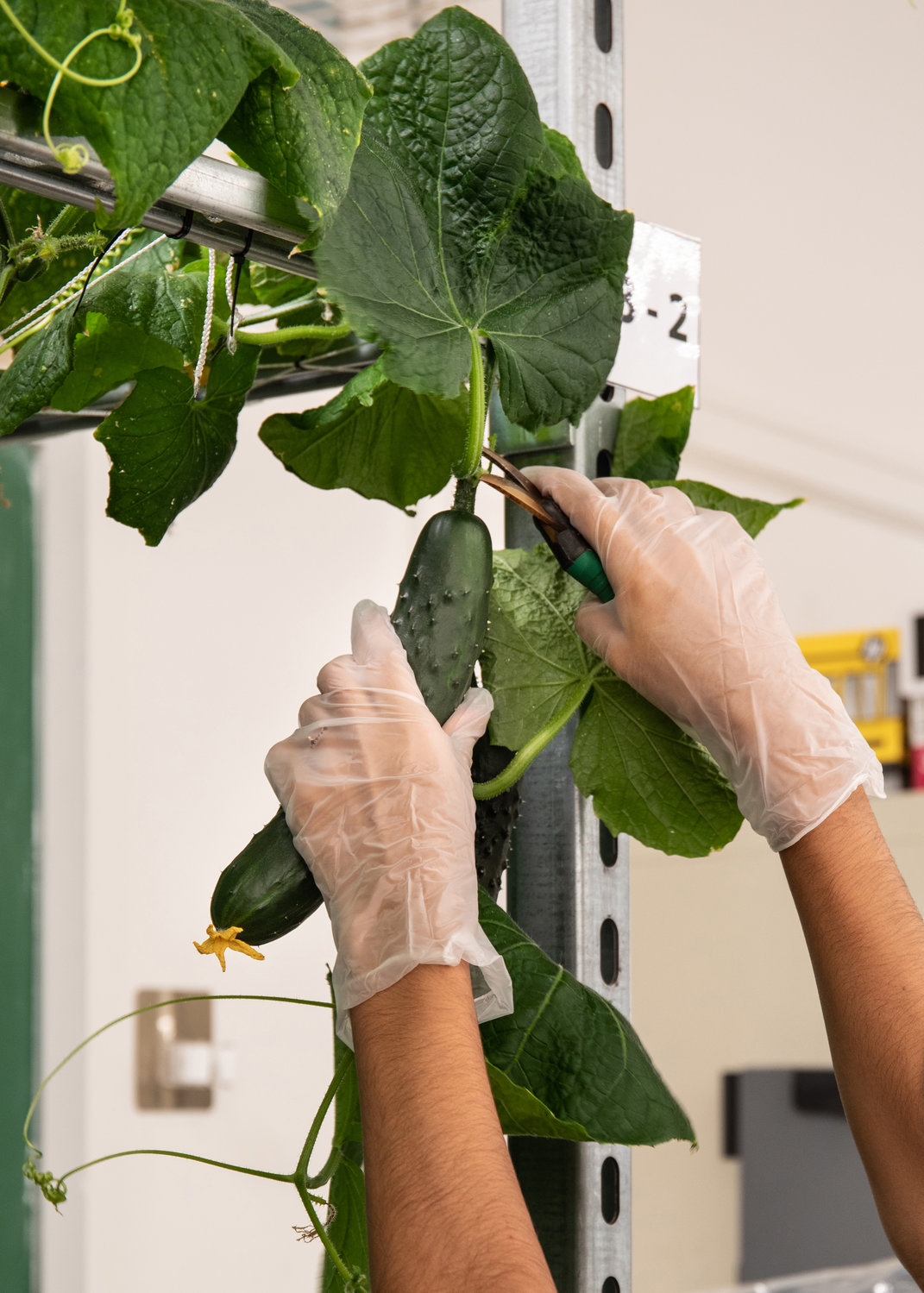 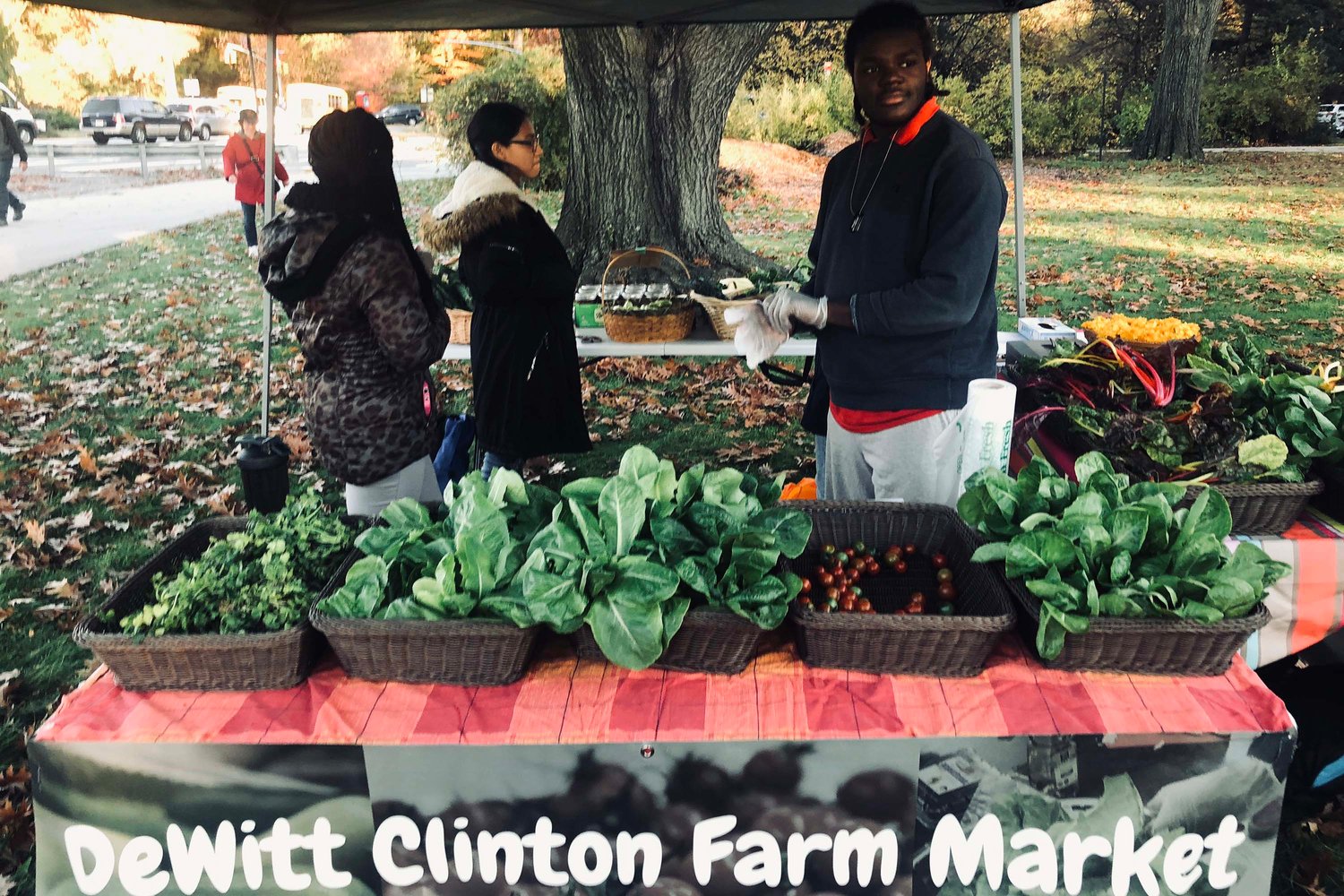 On the DeWitt Clinton high school lives a new, large farm that can grow 10,000 pounds of produce a year.

It is an example of the farming of the future called hydroponics.

Hydroponics is a way to skip the soil, sub in a different material to support the roots of the plant, and grow crops directly in nutrient-rich water, according to the Princeton University report on the future of farming.  Also known as indoor vertical farming, it grows produce stacked in trays in a greenhouse.

Hydroponics not only grows produce faster, but it is known to be better for the environment, according to  hydroponic growers.

DeWitt Clinton is not the only farm that produces new and improved produce in the northwest Bronx. Mi Oh My Hydroponinc Farms, which is run by Joel Mejia, grows mushrooms and organic microgreens on his West 238th Street “farm.”

The “genesis really came from me wanting to show my young daughter how to grow food,” Mejia said in an entrepreneur meeting at Manhattan College in April.

His mission was to grow food the “greener’ way.”

Teens for Food Justice has the same mission at Clinton since 2017. The nonprofit is a youth-led movement to end food insecurity through school-based hydroponic farming. Partners with the city’s education department, Teens for Food Justice operates in 19 New York City schools and serves 10 local communities.

“My students and I helped build the hydroponic farm that replaced a classroom where I once taught,” said Ray Pultinas, former DeWitt Clinton teacher and the school’s first sustainability coordinator.

Pultina’s former classroom was located on the third floor of the educational campus where the green house is.

Food justice is the idea behind a movement in response to food insecurity. It also fights the lack of food access for many.

Last year, 700 students at the high school’s farm provided a bridge between the food access disparity that exists between rich and poor communities, according to Katherine Soll, chief executive and founder of the organization.

According to the U.S. Bureau of Labor Statistics, produce prices went up by 12 percent in June of last year. Most of that was due to the change in demand during the pandemic.

“In our case, it’s free, affordable, fresh produce, because prices have gone up so much,” Soll said. “But we know that there’s been an uptick in demand.”

The uptick in demand was not only for lettuce for salad in schools, but it was for cooking greens to make home-cooked meals.

Eating at home was costly. Students learned why many underserved communities needed a higher demand for produce than others.

During the pandemic the hydroponic farm was out of operation because of the citywide quarantine.

Sometimes local supermarkets would not have fresh produce, they would only have generic brands which comes cheaper than fresh to buy at a farmers market. This is a real social justice component.

Soll explained that the participation in the direct to students distribution program for families demand increased tremendously since its 2017 opening.

As students learned about disparities in specific communities, they found some communities that are known to have pre-existing health conditions such as diabetes and heart disease. The main cause of this is an unhealthy diet, Soll explained.

Students are also using the farm as a learning lab as well for afterschool programming, which runs twice a week.

One is specifically for the career and technical education program in urban agriculture. The other is for the campus as a whole.

Students, families and the local community around this campus have access to free fresh, healthy produce at Clinton.

When you think of traditional farming, lots of outdoor space is needed, a lot of soil and fertilizer and most importantly sun. But the sun is not always reliable, especially in the cold winter seasons.

“There is no stop to our production,” Soll said.

“Our first customers are the school cafeterias,” Soll said.

Fresh produce is distributed into the school lunch program each week.

About 100 to 150 pounds of produce enters the Clinton cafeterias’ salad bar, Soll said. A lot of leafy greens and cucumbers are incorporated and sometimes herbs are added to the menu.

There is a food pantry on Clinton’s campus as well where Teens for Food Justice is a partner. Every week the organization distributes to community centers in Kingsbridge Heights that feed between 100 and 150 residents.

A group of Princeton University students provides an outlet for students to learn more about agriculture and climate-related issues online. They found that by 2050 agriculture will need to increase.

“We will need to increase food production by about 70 percent in order to meet the caloric needs of a global population of 9.8 billion people — 68 percent of whom are projected to live in urban areas,” Camille Boylan, a Princeton student found.

“We want these kids to understand that they’re not powerless, they have a voice, to build, a more equitable world.”