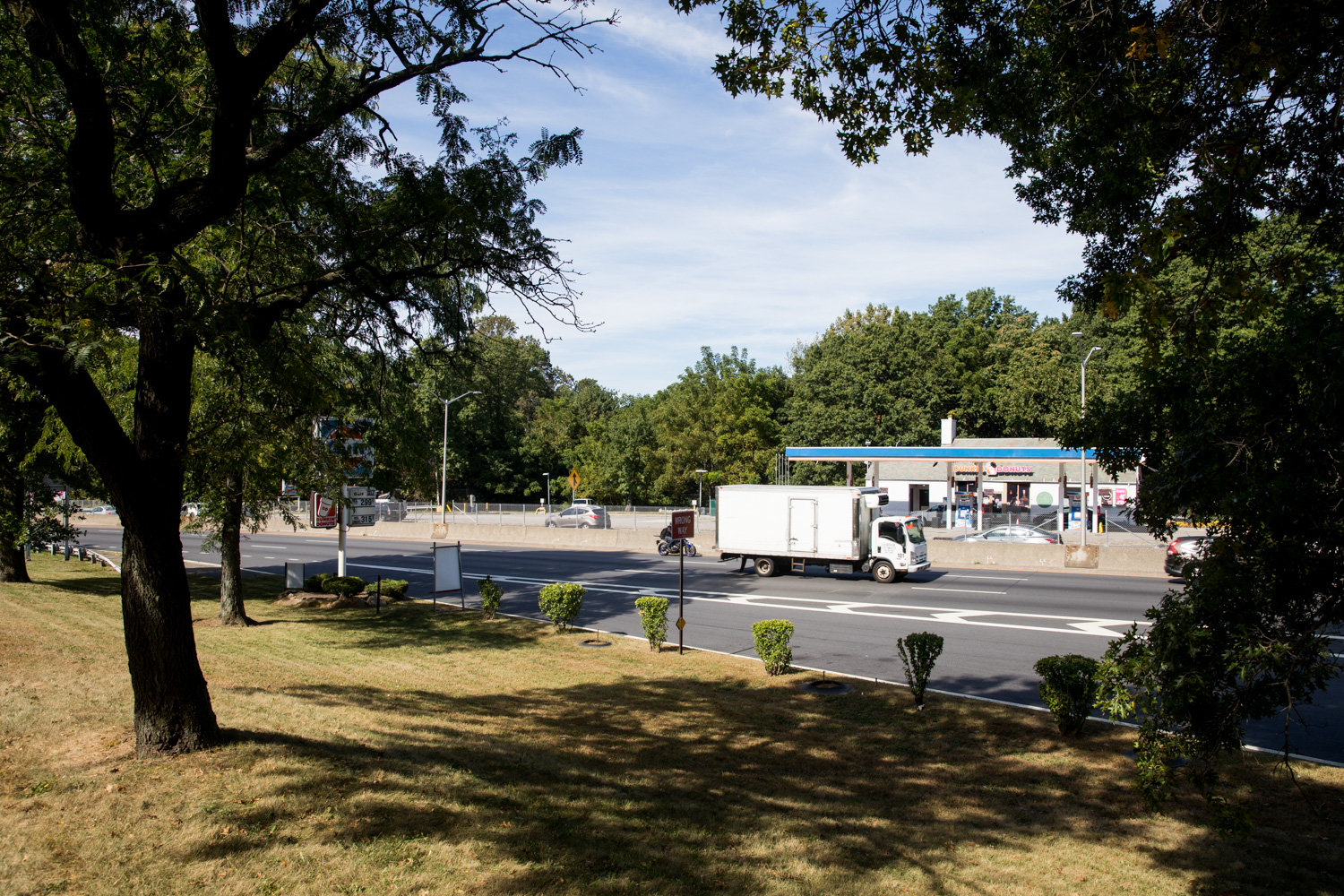 If all goes according to plan, Van Cortlandt Park hikers will be able to cross over the Major Deegan Expressway via a pedestrian bridge that has now been fully funded, thanks in large part to the efforts of Councilman Andrew Cohen.
JULIUS CONSTANTINE MOTAL 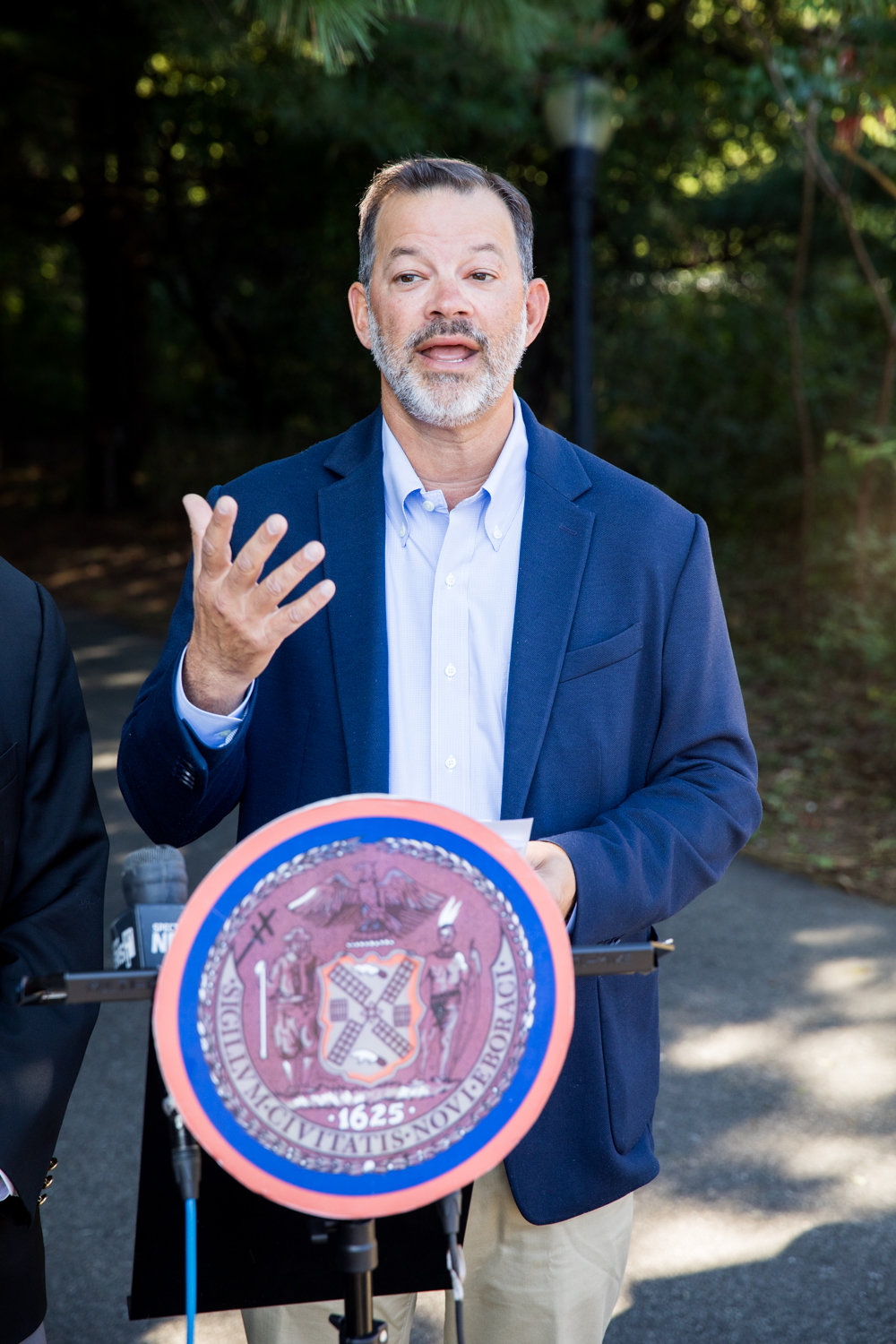 Councilman Andrew Cohen speaks at a news conference about the eventual construction of a $23.5 million pedestrian bridge over the Major Deegan Expressway to connect both sides of Van Cortlandt Park. Cohen worked to secure full funding for the bridge after costs skyrocketed.
JULIUS CONSTANTINE MOTAL 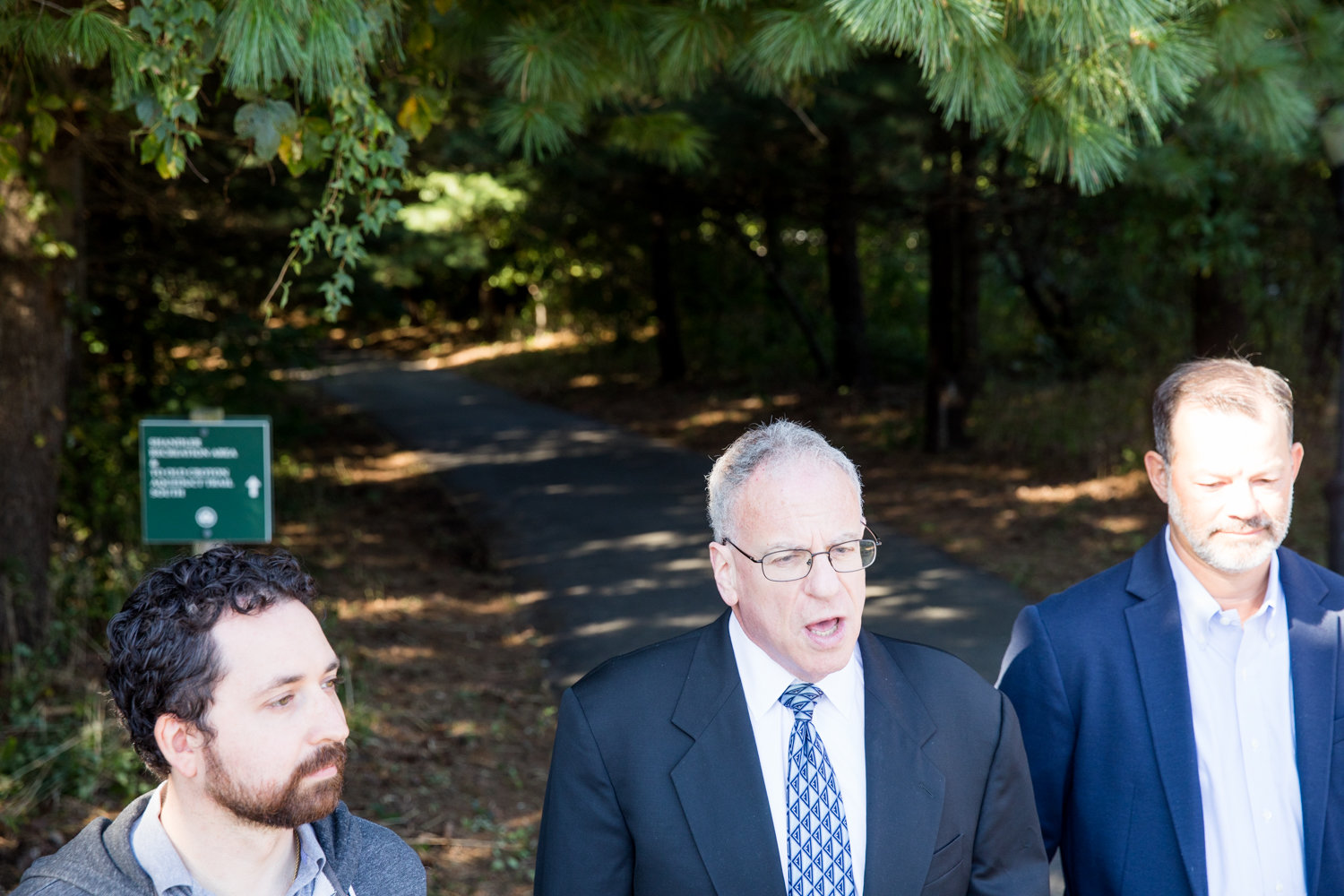 Assemblyman Jeffrey Dinowitz talks about the importance of having more of Van Cortlandt Park accessible to visitors at a news conference about a proposed $23.5 million pedestrian bridge he helped fund over the Major Deegan Expressway.
JULIUS CONSTANTINE MOTAL 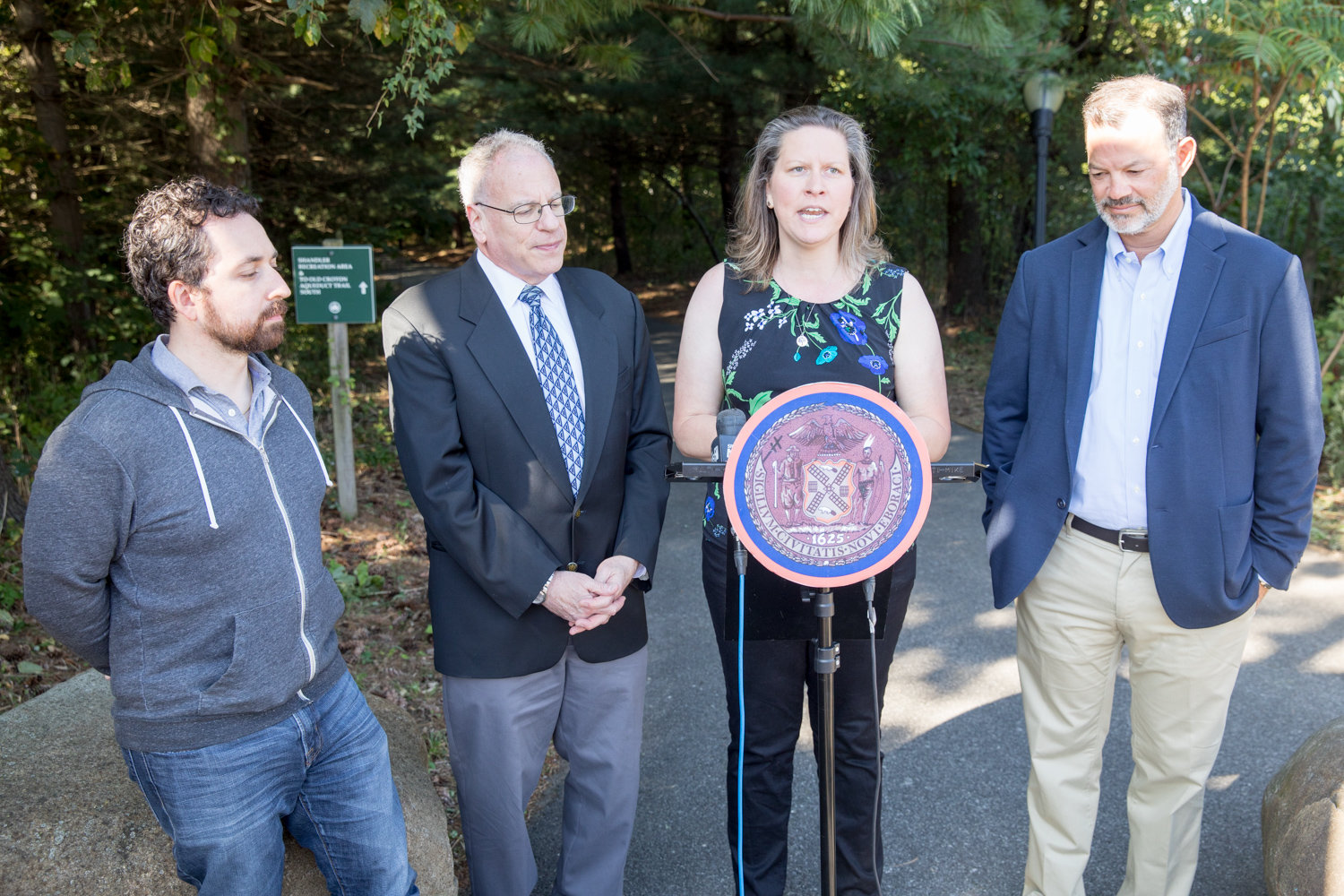 Christina Taylor, director of programs and operations at Van Cortlandt Park Alliance, is thrilled the $23.5 million needed to build a pedestrian bridge over the Major Deegan Expressway has been secured.
JULIUS CONSTANTINE MOTAL
Previous Next
By KIRSTYN BRENDLEN

Van Cortlandt Park is a luscious, 1,100-acre paradise on the northern end of the Bronx, complete with thousands of trees, miles of trails, and its abundance of vehicle highways.

Cars are not really what one might expect in a nature preserve, but history hasn’t exactly been kind to Van Cortlandt Park as the rise of the automobile ultimately split the green space into four sections, including a massive split right up the middle caused by the Major Deegan Expressway.

The six lanes of traffic create an insurmountable barrier between the northeastern and eastern halves of the park — but one that may now be well underway to being solved.

Councilmember Andrew Cohen says he finally secured the last sizable chunk of what’s expected to be a $23.5 million bill to build a pedestrian bridge over the Deegan. It’s been a long road getting to this point.

“Back in 2014 when we (first) announced funding for the bridge, at that time I talked about my deep belief in this project, the importance of trying to unite these portions of the park, to undo some of the handiwork that Robert Moses inflicted on Van Cortlandt Park,” Cohen said.

At the time, the belief was the bridge would cost just $12 million, money that was pieced together from both city and state sources, including $4 million from Assemblyman Jeffrey Dinowitz. Once that funding was secured, bridge supporters met with the city’s design and construction department, and got a rude awakening:

The actual cost of the bridge was much more: $23 million.

“I was very upset,” Dinowitz said. “Now we have the balance of the money, and hopefully the costs won’t continue to rise. The money is there, and now we have to make sure everyone is on board with what’s going to be done.”

The Deegan is one of three major highways cutting through Vannie, joining both Mosholu and Henry Hudson parkways, part of the master plan from infamous city architect Robert Moses that ultimately cut Van Cortlandt Park it into four sections that is difficult to traverse on foot.

The Deegan is perhaps the most isolating roadway in the park: Its six lanes are nearly impassable for those in the western part of the park. There is only one pedestrian crossing at West 233rd Street and Jerome Avenue, meaning that all park-goers looking to cross the street have to exit the park, walk to the crossing, and then re-enter on the other side.

Efforts to build the bridge started in 1999 with a feasibility study commissioned by the city council. Cost setbacks, however, have stopped the project through the years. The initial estimate was $8 million, rising to $12 million by 2015. By April 2018, the cost had skyrocketed to $21 million from additional costs like building materials, location, and park restoration estimates.

Members of Community Board 8 and what was then the Friends of Van Cortlandt Park organized protests alongside the Major Deegan Expressway in 2014, urging the state Department of Environmental Protection to build the bridge after 15 years of stalling.

Most of the money was there, thanks to the previous effort. But the bridge was still short some $11.5 million. That’s where Cohen stepped in, adding that need to the city’s 2020 budget.

But Cohen wasn’t alone in his efforts. He credits CB8 for its instrumental role in the project.

“Bob Bender is literally one of the hardest working people in this community,” Cohen said of CB8’s parks and recreation committee chair. “He is thoughtful, and when he validates a project like this, it means a lot to me.

“Having those community stakeholders say this was a priority made it a priority for me. I feel like there (are) ample funds, the work on the Major Deegan is done, there’s really nothing standing in the way, I’ve been assured by the DEP commissioner that this is a priority.”

“I’ve been complaining about this and asking for this funding and trying to figure it out for many years. Fingers crossed, this is the final press conference announcing it’s been fully funded.”

Most of the park’s amenities — including the nature center, museum, stables and swimming pool — are located in the eastern portion of the park, running along Broadway. Anyone coming from Norwood or Woodlawn Heights are cut off from those amenities, thanks to the Deegan.

“People talk about the support that Prospect Park gets, or Central Park gets, and I think that uniting all these different constituencies will strengthen this park,” Cohen said.

The next step is to get the bridge built. The hope is that a contract for the bridge will be in place within a year, Cohen said, and construction to begin shortly thereafter.