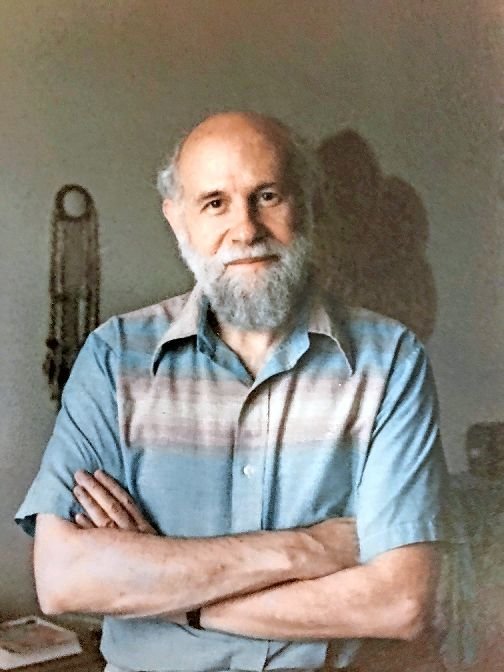 Dementia already had taken his memories, but the gifts of music and kindness remained with him until the end.

He was born Jan. 23, 1935, to Sophie (Rand) and Cecil, who instilled his love in music. His earliest memories were of napping under the piano while his father played.

He grew up in Queens with his older brother Mark and younger sister Linda. He graduated from Forest Hills High School and studied chemistry at the University of Chicago.

He had a long career at Bronx-Lebanon Hospital, first as a lab technician, and then — seeking more human interaction — as a dialysis technician.

In 1958, he married Karen Lowens, and when their two kids were school-aged, moved the family to Tuckahoe. Along with music, the house was filled with his stained-glass creations, photography and refurbished audio equipment.

After an amicable divorce in 1985, he moved to Netherland Gardens in Riverdale. When he eventually retired, he devoted his time to long walks in the neighborhood, and being a thoughtful, generous friend.

He was a beloved character in his community, with his trademark white beard, red jacket (one for every season), and endless supply of Tootsie Rolls. When it became clear that his memory was failing, he moved to Maine to be near his daughter, Alice, who considers herself blessed to have had the time and opportunity to care for him as he entered the last phase of his life.

His sweet nature and piano playing brought joy to the staff and fellow residents at the Park Danforth in Portland, Maine; Cape Memory Care in Elizabeth, Maine; and his final home at Sedgewood Commons in Falmouth, Maine.

He was preceded in death by his parents and his siblings. He leaves behind daughter Alice and son Ekalavya Das, and is fondly remembered by his nephews and their families, and many dear friends.

A memorial through the online videoconferencing app Zoom is planned for Jan. 23, on what would have been his 86th birthday.

May his memory be a blessing.

Rev. Cifuentes, a justice missionary, was 94