Community comes together to restore garden 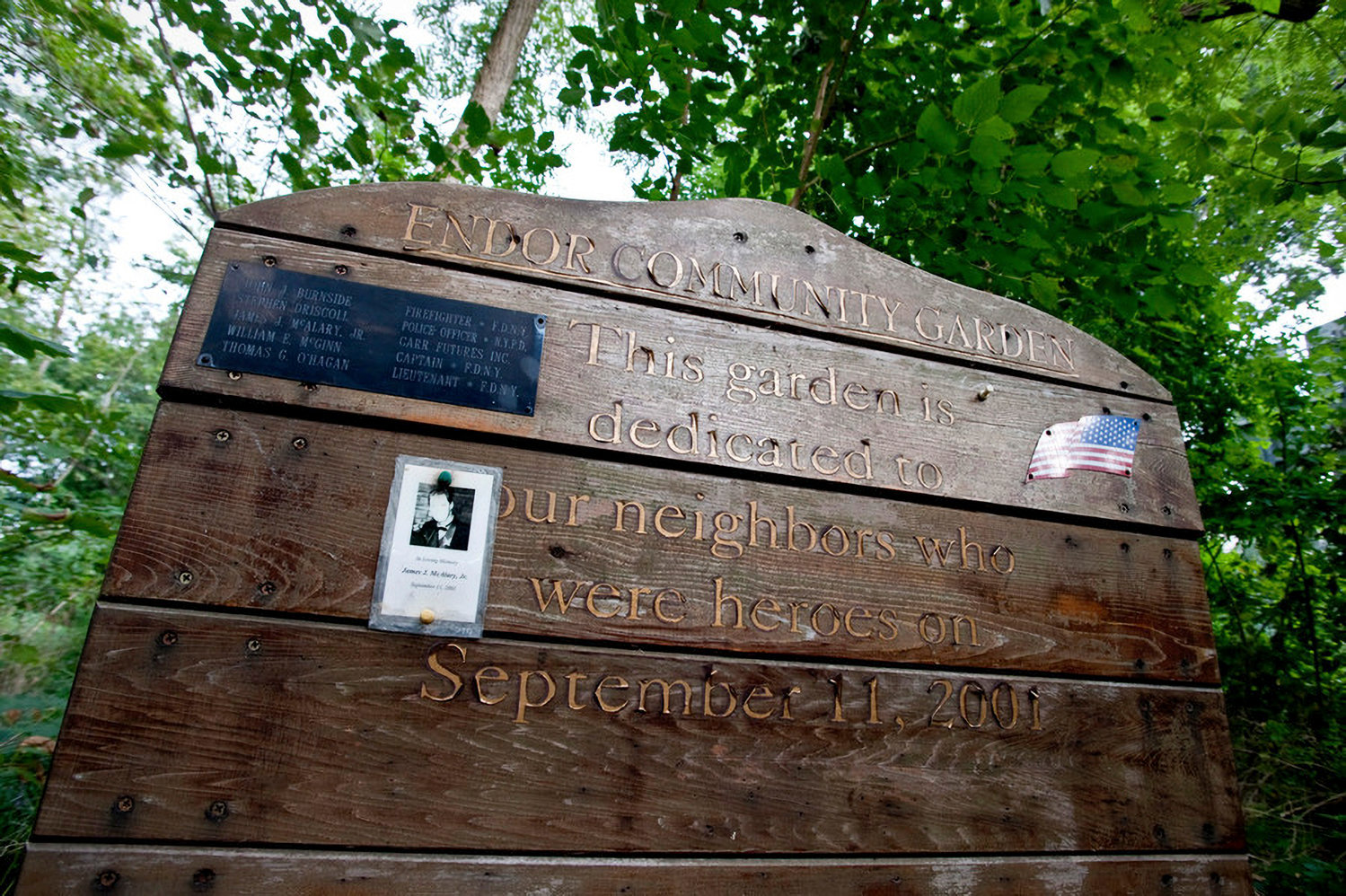 Shortly after the Sept. 11, 2001, terrorist attacks on the World Trade Center, someone constructed a wooden plaque in Fieldston’s Endor Garden honoring five local first responders who died that day. But someone stole the display in 2017, leaving it empty ever since. Laura Spalter and others are set to change that Saturday with the unveiling of a new plaque in time for the 20th anniversary of 9/11.
KARSTEN MORAN/ File 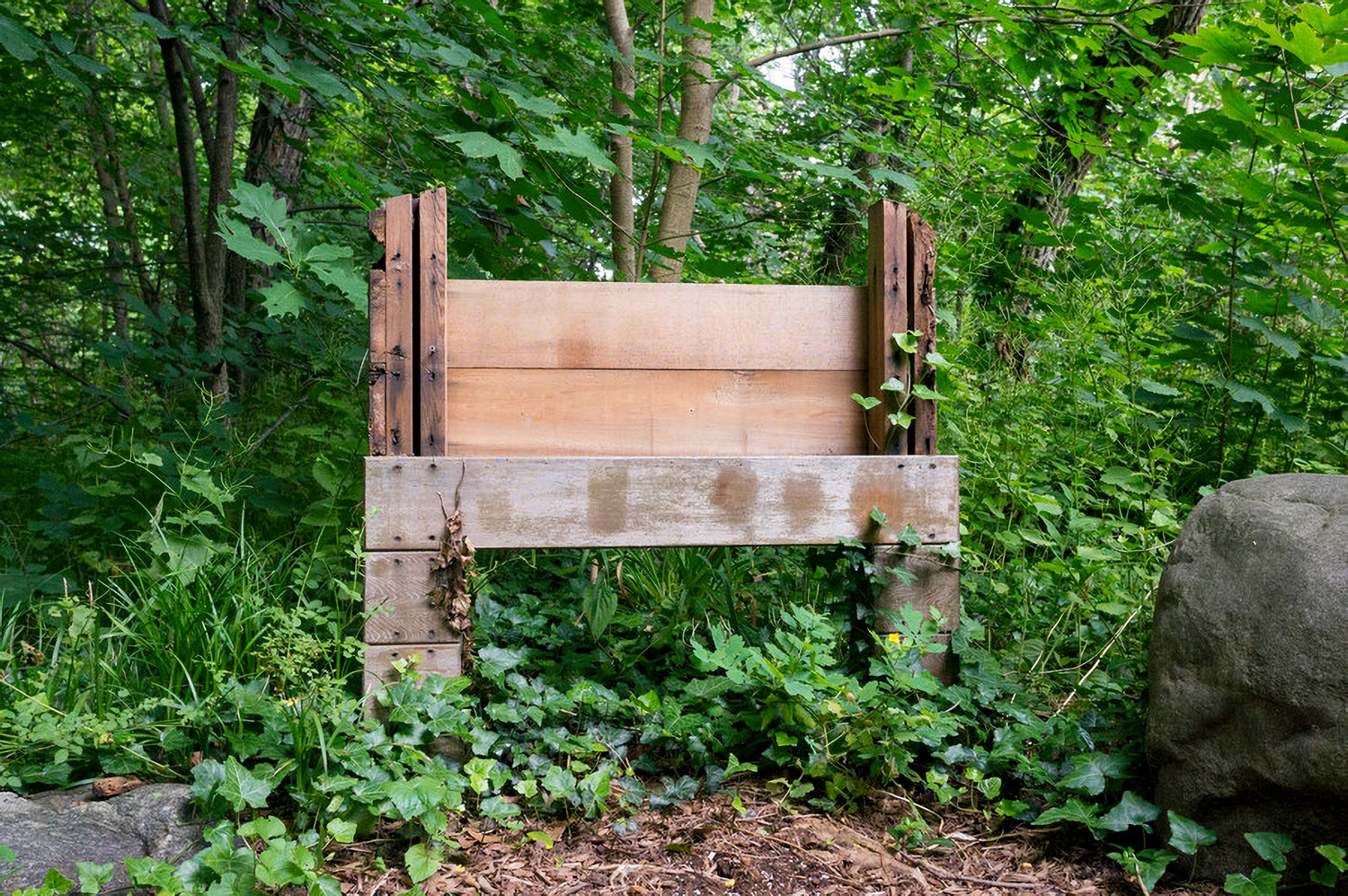 The Endor Garden memorial plaque in Fieldston — honoring five local first responders who died on Sept. 11 — was vandalized and stolen in 2017. This year, in time for the tragedy’s 20th anniversary, Laura Spalter and Riverdale Country School have collaborated to replace and rededicate the display.
JULIUS CONSTANTINE MOTAL/ File 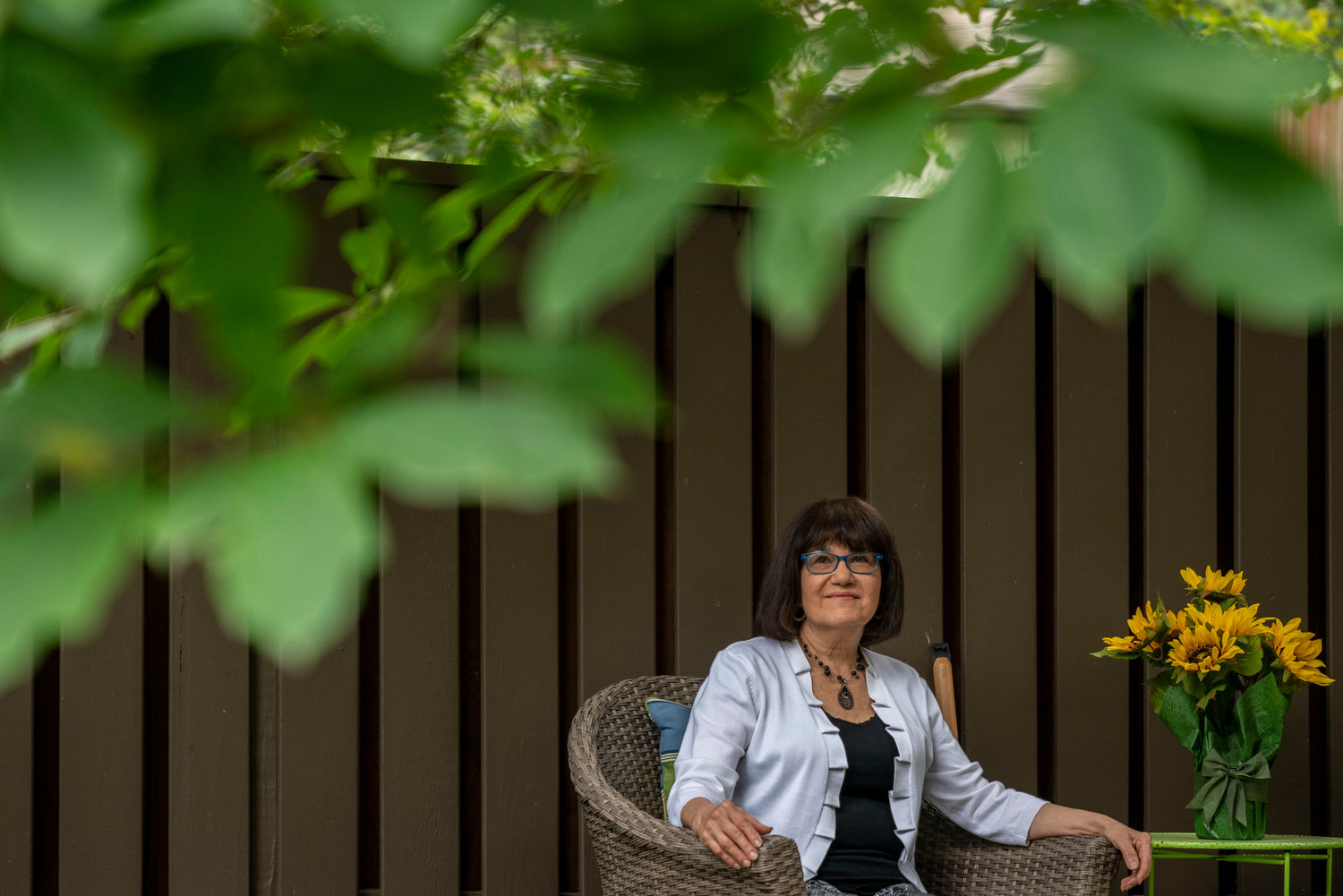 When the 9/11 memorial plaque in Endor Garden was defaced in 2017, Laura Spalter says she knew immediately she wanted to replace it. She teamed up with Riverdale Country School to construct a new plaque, set to be unveiled Saturday in time for the 20th anniversary of the Sept. 11 attacks.
HIRAM ALEJANDRO DURÃN/ File
Previous Next
By ETHAN STARK-MILLER

The effects of the Sept. 11, 2001, terrorist attacks have rippled throughout the city over the last two decades. People lost loved ones in most every community across the five boroughs, including this corner of the Bronx.

Shortly after the attacks, someone anonymously constructed a wooden plaque in Endor Garden, a small wooded area near West 253rd Street and Fieldston Road. On it, they included the names of five area firefighters and police officers who lost their lives on 9/11.

But more than 15 years later, this tranquil community memorial to fallen heroes was defaced, disrespecting the fallen first responders.

“A few years ago, somehow it was taken apart,” said Laura Spalter, chair of Community Board 8. “It was vandalized. It’s painful to use that word, but it was.”

Michael Courtney, a retired firefighter who lives near the garden, said he frequently visited the memorial before it was vandalized in 2017.

“I knew a couple of the guys that were on the plaque,” he said. “And I knew a lot of firefighters that were killed on 9/11. I do a lot of walking, and I walked by there three or four times a week. And when it was vandalized, that really broke my heart. I mean, why would somebody do something like that?”

While this was a nice gesture, Spalter felt the community needed something more permanent.

She teamed up with her husband Rob in leading an effort to restore the community garden by commissioning a new 9/11 memorial plaque. Four years after it was vandalized, Spalter and other neighbors will unveil and rededicate it at a ceremony this Saturday just in time for the 20th anniversary of 9/11.

“It means a lot to have something respectful in this spot.,” Spalter said. “The neighborhood, the neighbors, were very hurt and upset when it was vandalized. And so we came together to make it right.”

Spalter and her husband have organized cleanups of Endor with Riverdale Country School students for years, since their campus is just across the street. Together they removed garbage and old furniture that littered the space because it had become some sort of de facto hangout.

But the garden is even more important to Riverdale Country, according to  administrator Milton Sipp — a connection stretching back over the past decade.

“We would just (help) to maintain the park,” Sipp said. “And our students go there regularly throughout the course of the year to do some cleaning and some planting and working with local organizations.”

When the plaque was vandalized, Spalter teamed up with Sipp and other faculty at Riverdale Country to start the Friends of Endor Community Garden and 9/11 Memorial — an informal organization aimed at restoring the plaque. Courtney and some other retired first responders also joined the group’s executive board.

Andre Brown, who works on Riverdale Country’s maintenance staff, is also part of Spalter’s organization, as is Tom Healy. The duo helped spur the group into action after leading a similar effort to maintain the Inwood 9/11 Memorial Garden. And it was Brown who took the lead designing and building the new Fieldston plaque, Spalter added.

“Tom Healy and Andre Brown connected with me and they said, ‘Let’s do it.’” she said. “And we had a couple of get-togethers and tours. I saw what they did in Inwood. And they kind of sparked this to make it happen.”

“The kids were into it, too,” Sipp said. “They were energized. They were fired up about it. They really wanted to see this happen. There was like a level of engagement that was pretty cool to see.”

The plaque won’t just be new, it also will have three additional names of neighbors who lost their lives on 9/11, Spalter said. One is Andrew Zucker, who was 27 when he died. Witnesses say he used his skills as a former volunteer fireman to help save many of his colleagues who made it out of Tower Two when he didn’t.

“I had always said, ‘When and if we ever do another plaque, I would add Andrew,’” Spalter said.

“We decided to update it because it mentions people who have died since (9/11) from their injuries that they sustained” that day, Spalter said. “So, it’s not only dedicated to the heroes and neighbors who perished in 2001, but we’re honoring our first responders and civilians who have succumbed to illnesses as a result of their service down there.”

Sipp is proud of how the community pulled together, ensuring the memorial plaque was restored just in time for the 20th anniversary.

“The families of some of those firefighters and those who died will be in attendance on Saturday too,” Sipp said. “We’re hoping not only to rededicate (the plaque), but just to re-energize people in the community that this is an important park with some great meaning to the community.”