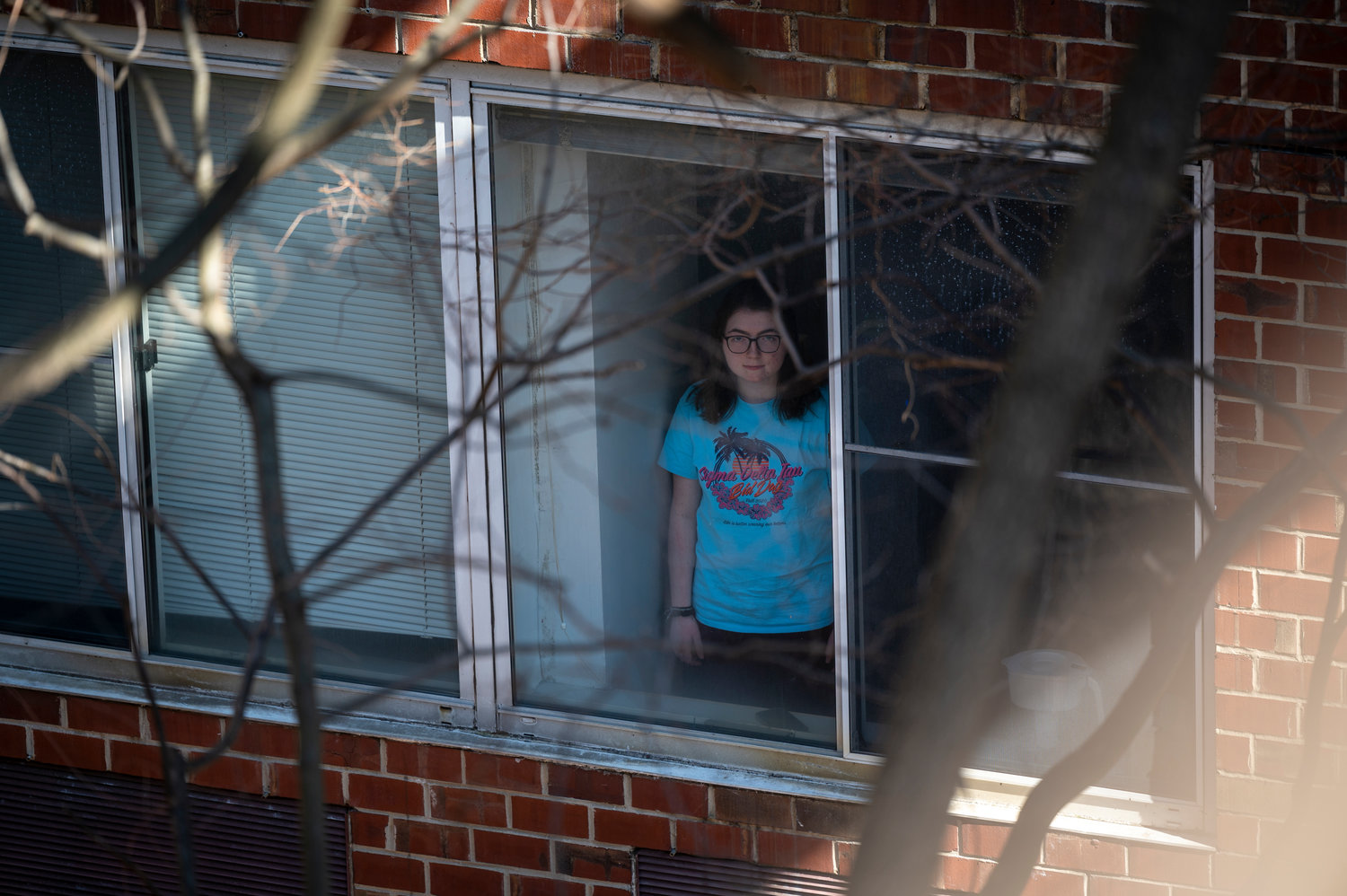 Jilleen Barrett, a Manhattan College sophomore, says her problems with the school’s coronavirus quarantine started when she was given the wrong passcode for her designated room. Barrett, along with other students, said Feb. 27 was her worst day, waiting for any food until 6 that evening.
HIRAM ALEJANDRO DURÃN 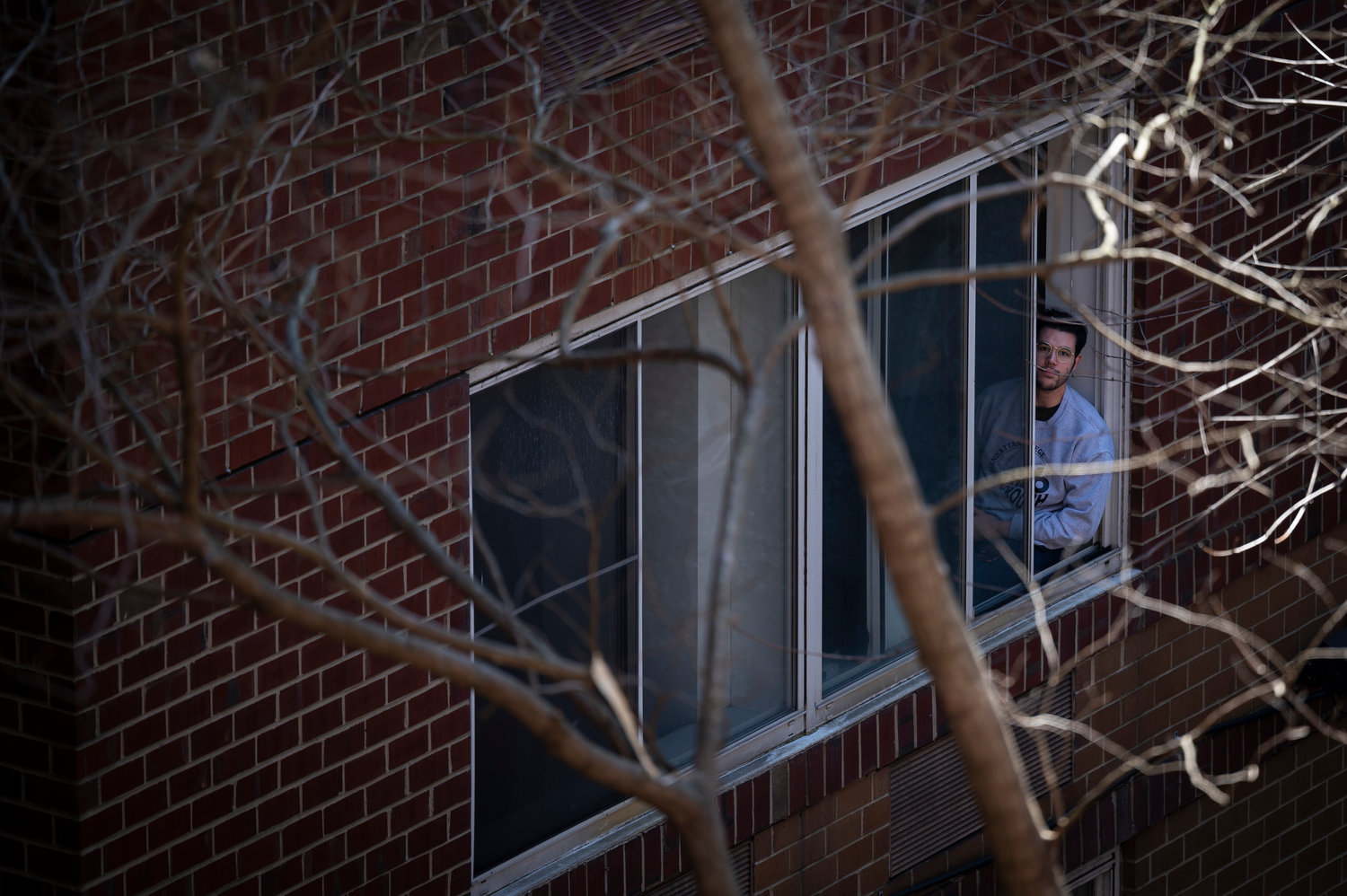 Alex Nieves says he received another student’s meal order during his first full day during the Manhattan College coronavirus quarantine. Nieves was one of several students who said they waited more than a day for any type of food delivery.
HIRAM ALEJANDRO DURÃN 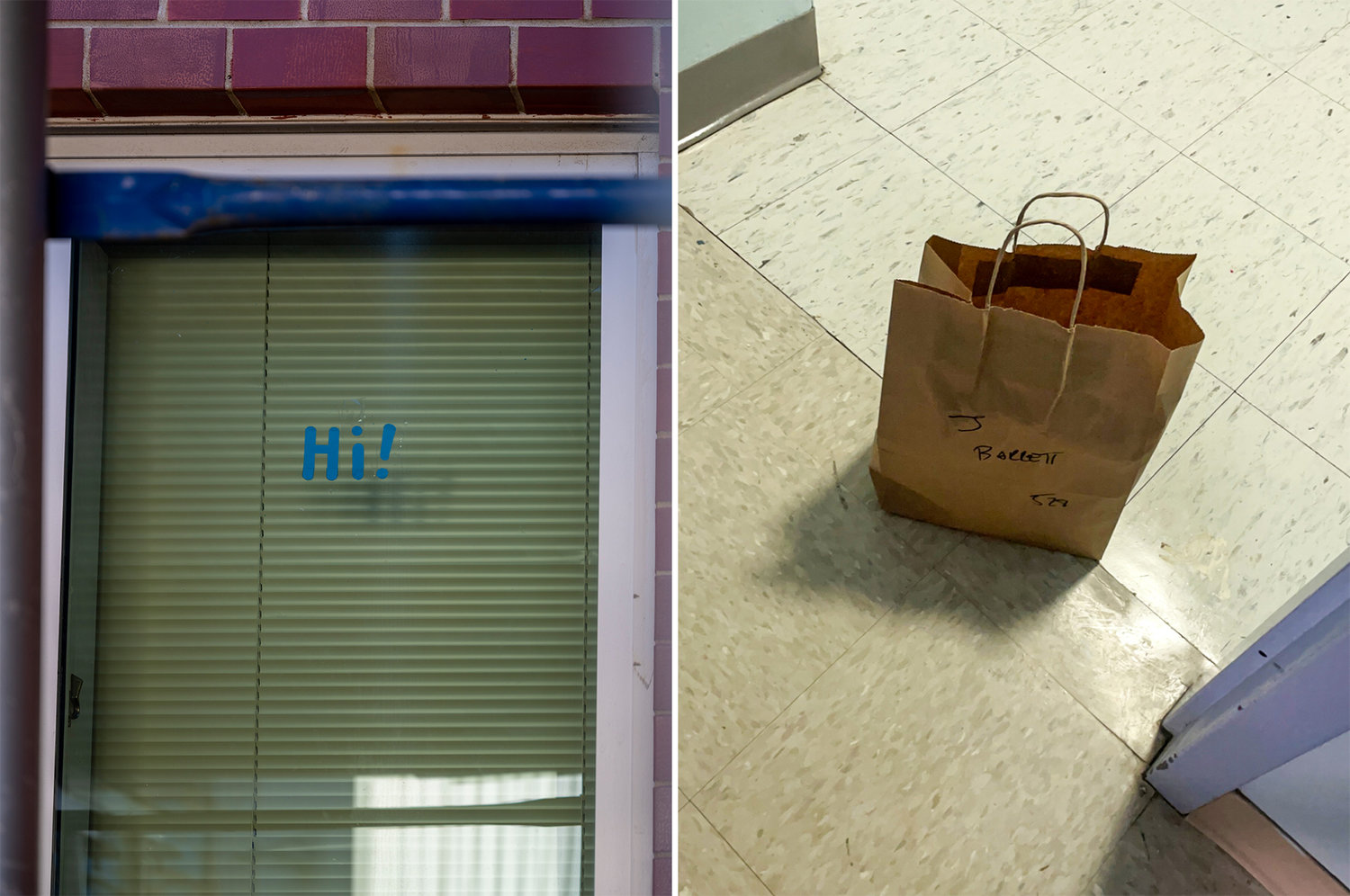 When Jilleen Barrett wasn’t delivered food in her second full day in quarantine, she tried reaching out to a couple of Manhattan College school departments with no luck. Eventually she got in touch with a staff member who rectified the situation. Barrett says she was one of several students who had trouble getting food for most a day during a campus quarantine last month.
Illustration by HHIRAM ALEJANDRO DURÃN 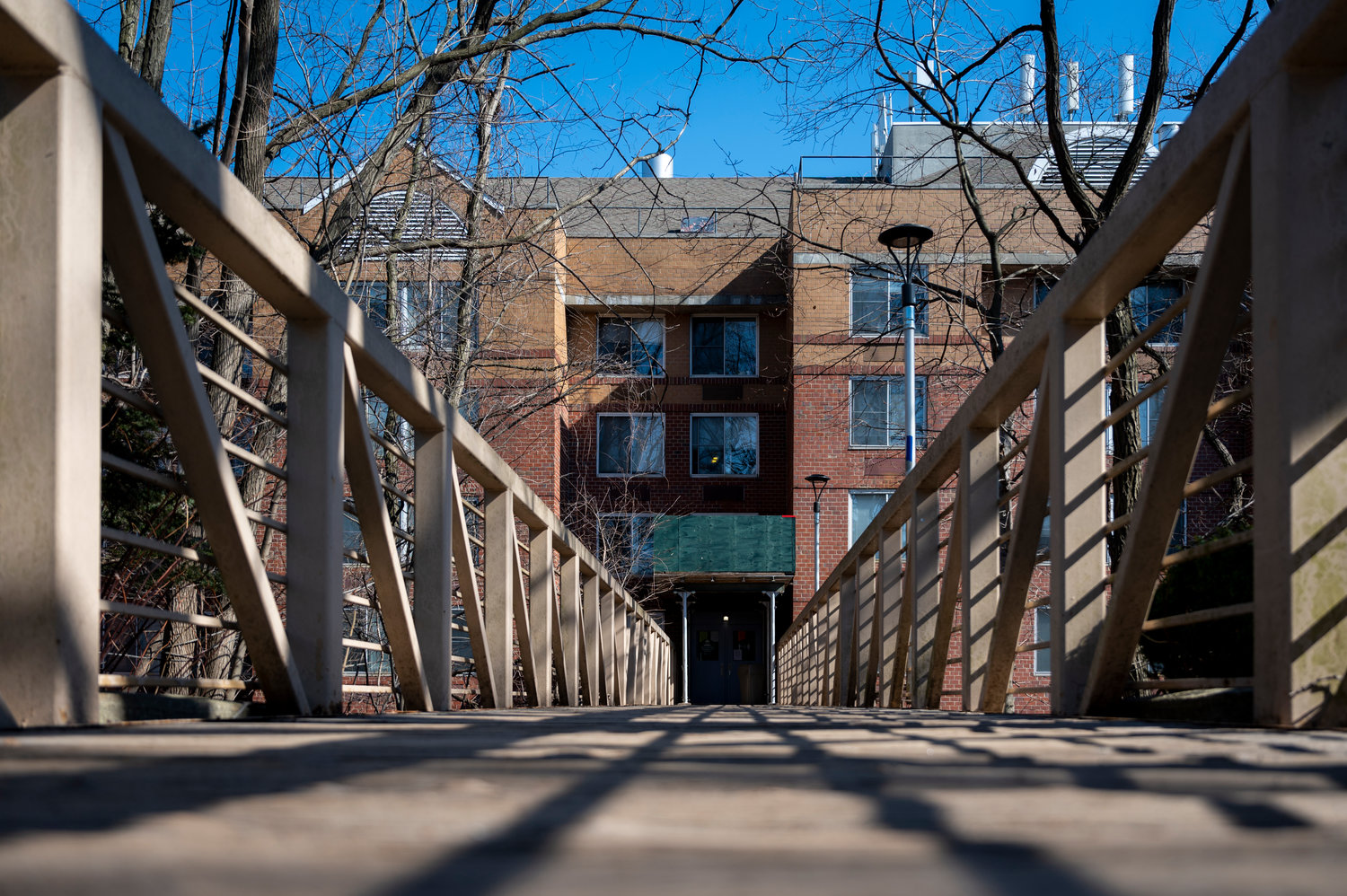 At Manhattan College students testing positive for the coronavirus were isolated, while those coming into close contact with them were forced to immediately quarantine. Jilleen Barrett and Alex Nieves, both quarantined in Horan Hall, say they went hungry for most of the day Feb. 27 when school officials failed to deliver meals to their rooms until the early evening.
HIRAM ALEJANDRO DURÁN 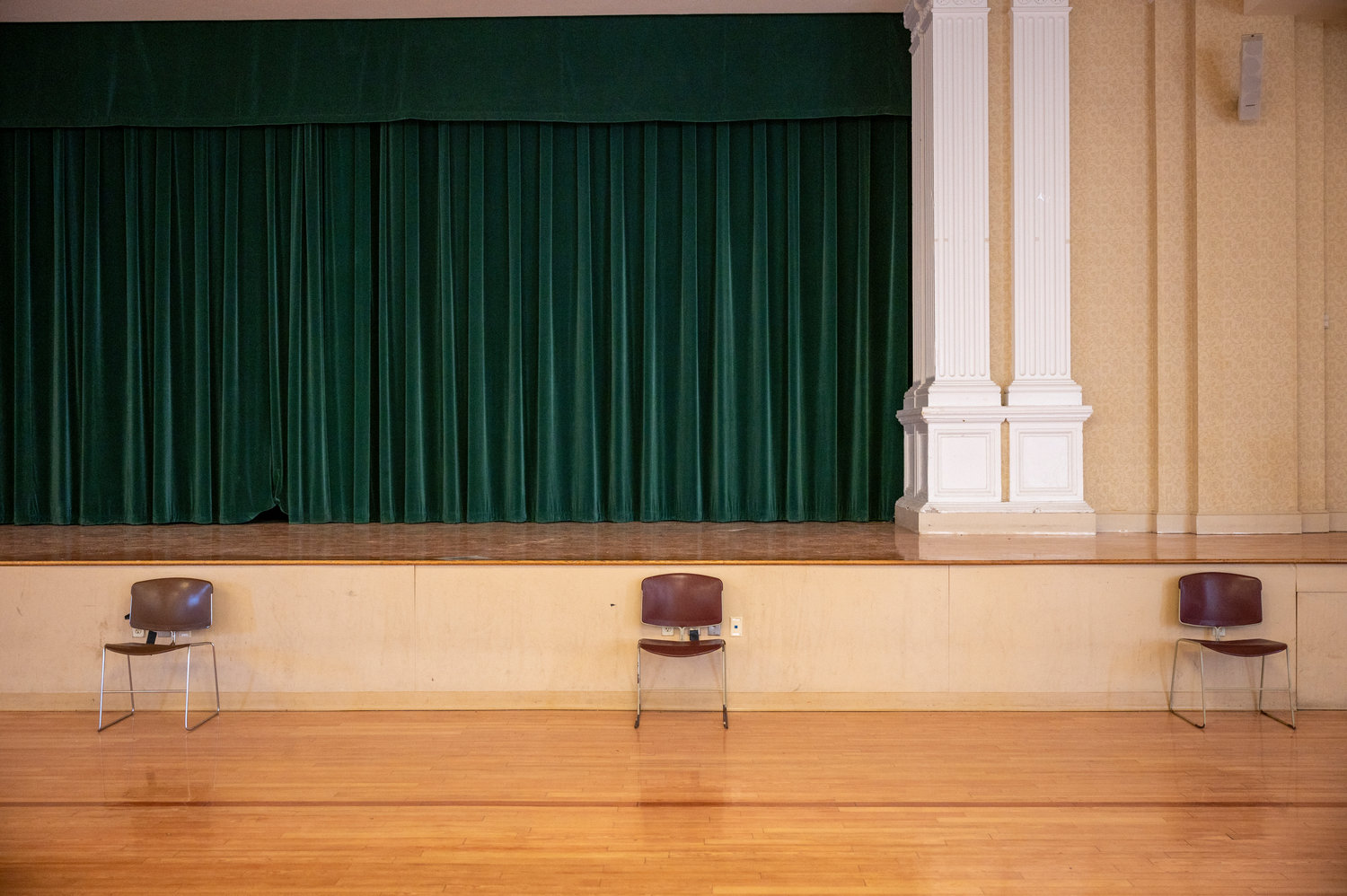 In order for Manhattan College students and staff to stay on campus, they have to fill out a COVID-19 symptom tracker questionnaire each day — those who might be at risk of spreading the virus have to immediately quarantine. On Feb. 27, students in quarantine say they weren’t delivered meals for most of the day and had trouble getting in touch with staff to report the problem.
HIRAM ALEJANDRO DURÁN
Previous Next
By ETHAN STARK-MILLER

College is supposed to be the time of your life. But as the coronavirus pandemic completely upends what it means to study and live on campuses across the country, a few students much closer to home say they suffered even more: Days filled with hunger.

It all stemmed from a positive coronavirus test at Manhattan College last month. With millions already exposed to COVID-19 in some form or another, getting a positive test isn’t unusual. But it wasn’t the disease that ultimately threatened at least one student who had interacted with that positive classmate. Instead, quarantine became dangerous after the school failed to deliver something to eat in a timely manner.

Barrett was forced to move from her room in a communal dorm to Horan Hall on Manhattan College Parkway on Feb. 25, after finding out a friend tested positive. Horan would become her new home for the next 10 days.

Barrett’s problems, however, began the moment she started quarantine. She was locked out of her room because the door’s passcode didn’t work.

She called and emailed any college campus office she could, met only with automated responses of workers being away from their desk. It finally took a call to campus security to get the door unlocked.

“I’m really angry that when you call someone they just don’t pick up,” Barrett said. “And I’m trying to figure out what it is that you have to do to get somebody to not only like pick up the phone or answer an email, but also help you.”

A new passcode also didn’t work, forcing Barrett to find another room. Having to drop everything and change rooms on a weekday could’ve been disruptive to Barrett’s busy class and club schedule.

Yet, Barrett settled into her new room and believed her quarantine troubles were over. That is, until she woke up the next morning to no breakfast. Barrett filled out the required meal order form all students received in quarantine, but what she ordered did not arrive that morning. In fact, nothing was delivered to her.

With that in mind, Barrett went on with the rest of her day, participating in a five-hour virtual conference for her sorority, looking forward to some lunch. The afternoon came and went, however, and that meal didn’t arrive at her door, either. Luckily, Barrett was able to hold herself over with some food and snacks she’d saved from the day before, but still, that couldn’t replace a full meal.

At a breaking point, Barrett finally reached out to dining services and residence life. But it was now the weekend, and neither office was open.

“So, I definitely was getting really frustrated when that was happening, when I wasn’t getting food,” Barrett said. “I was both hungry and angry at the same time. I was ‘hangry.’”

Finally, Barrett connected with Jacqueline Martin, Manhattan College’s health and safety coordinator. Dinner arrived around 6, and promised Barrett she would deliver food to other students who had been passed over for meals.

Alexander Nieves said he didn’t get a food delivery on his first full day of isolation until 3 p.m. When it did arrive, it was someone else’s order.

Nieves and others facing similar situations emailed the school, he said, and were promised these problems wouldn’t come up again.

But they did. Just like Barrett, Nieves didn’t receive food the next day until around 6 p.m. Bottled water also was running low, saved only by Manhattan College’s student government stepping in to purchase extra water jugs. Nieves says he was told by the school they couldn’t provide water not purchased by its food vendor, Aramark.

Barrett and Nieves both turned to Manhattan College’s student newspaper, The Quadrangle, to pen their harrowing quarantine experiences.

“Once we became aware of the issues, we worked quickly to deliver meals to those students,” college spokesman Peter McHugh said.

“We have added staff to reflect the increased number of students in quarantine, and are reviewing our procedures to ensure that does not happen again.”

The school has been doing a much better job since Feb. 27, Nieves and Barrett said,  delivering correct meals at consistent times each day. Both said they’re happy Manhattan College took this seriously, and addressed the problem quickly after they complained.

Still, a lot of this could have been avoided, however, if the school simply thought more about how many students it would invite back for the spring semester, Barrett said. Officials just weren’t prepared to quarantine a large number of students.

“But it’s like something that they should have thought of, they should have prepared for,” Barrett said. “Because there are some problems that, like, I don’t think that they would have been that hard to solve, if they just anticipated a little bit more.”