Charging a premium for cars in Manhattan could fund MTA improvements 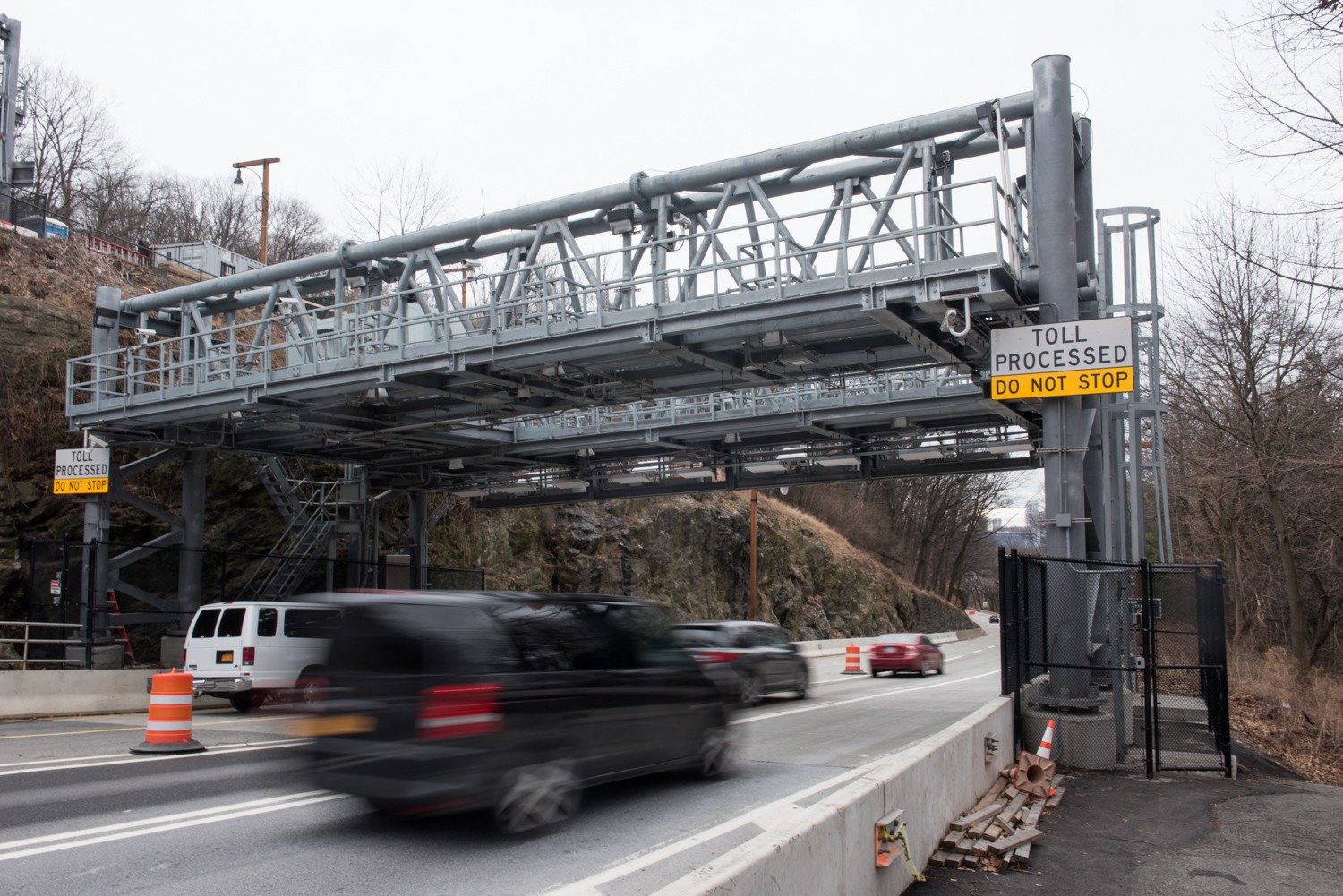 Tolls on the Henry Hudson Bridge could be a product of the past for Bronx-based drivers in the near future if the state fully implements congestion pricing in Midtown and Lower Manhattan. The plans is to reduce the amount of traffic in and around the city's financial district while funneling money back to the MTA.
JULIUS CONSTANTINE MOTAL / File

Is there a better way to fund the MTA? Let's tax the rich, let's do something else. But let's not do it off the backs of the people in the Bronx.”
PHILIP PAPAELIAS
By MICHAEL HINMAN

It’s a long, slow slog when it comes to implementing congestion pricing. But while all of it is expected to take place in the heart of Manhattan’s financial district, the implications are expected to be felt citywide as state officials look to cure some of the traffic congestion in the densest parts of New York City.

Yet despite the fact more households exist without cars than with, those same state officials got an earful from a number of people during a virtual hearing last week who think charging vehicles a premium to enter Midtown and Lower Manhattan would ultimately make traveling by car in that area a function of only the wealthy.

“How do we know that places like the Bronx will get the fair benefits of this when it happens?” asked Philip Papaelias.

“And that the funds will not just go to places like the Hudson Yards, or expanding the Second Avenue subway into newly gentrified areas?”

Money collected through the congestion fares are intended to fuel upkeep and improvements to New York City’s mass transit system, while simply implementing the fare could discourage drivers from taking their vehicles downtown, according to Allison de Cerreño, the Metropolitan Transportation Authority’s deputy chief operating officer.

Getting around the area below 60th Street is difficult not just for cars, but especially for buses, she added. Bus speeds throughout the main borough dropped 7 percent between 2010 and 2018. But in Lower Manhattan, those speeds have dropped by 23 percent. And buses aren’t the only forms of transit suffering.

“The MTA subway system is over 100 years old, and must be prepared and modernized to meet the region’s needs,” de Cerreño said. “Funding transit modernization would improve service and attract commuters back to the system, further reducing congestion.”

de Cerreño was not alone in those sentiments.

“The car is the scourge in New York City,” said Queens resident Thomas Huzg. “New Yorkers can’t hear ourselves think with all the noise these cars create. We cannot breathe the air without damaging our lungs. We can’t even safely cross the street because of the threat of the automobile in our city.”

Mayor Michael Bloomberg first proposed a congestion pricing program downtown in 2007 — something more than 58 percent of the city’s residents opposed, according to a Quinnipiac University poll at the time. However, 60 percent said they would support such a plan, but only if the money collected was funneled back into mass transit.

So when the plan returned in 2019 doing just that — funding the MTA — Quinnipiac discovered more people supported the idea, but a vast majority was still against it. That same poll revealed that 90 percent of respondents described traffic congestion in the city as “very” or “somewhat serious,” while 62 percent described subway service as “poor” and “not so good.”

One lawmaker not too keen on congestion pricing was Assemblyman Jeffrey Dinowitz, who later shifted his position after getting something in return: toll rebates on the Henry Hudson Bridge for Bronx residents.

Bronx Drivers taking the Henry Hudson Bridge would still have to pay the toll initially, only to have it rebated soon after, the lawmaker said. While the plan was expected to go into effect in 2020, the rebate itself likely won’t exist until congestion pricing does.

While Assemblyman Dinowitz may have reluctantly signed on to congestion pricing, Councilman Dinowitz appears to be more on-board — so long as the money raised is “dispersed equitably.”

“The plan must include dedicated funding for each borough, based on factors such as ridership, and need, which includes accessibility,” said Eric Dinowitz, the Assemblyman’s son, told the hearing.

“There are too many stations that do not accommodate people with disabilities, or older adults. Only 24 percent of the stations in New York City are fully accessible, and predictably, the Bronx is below that figure.”

In fact, nearly 60 percent of Bronx neighborhoods have limited or no access to stations compliant with the Americans with Disabilities Act, the councilman said, citing a past report from the city’s comptroller. That’s compared to just a quarter of Manhattan’s neighborhoods.

Papaelias described himself as a lifelong Bronx resident himself, someone who depends on mass transit quite a bit. Still, he fears congestion pricing is more a lot of empty promises and less about fulfilling those promises. And, in the end, it won’t make much of a difference when it comes to traffic downtown anyway, since he blames for-hire vehicles run by ride-hailing services like Uber and Lyft.

“Reducing for-hire vehicles should be the primary focus of any attempts to ‘decongest’ the central business district instead of asking outer boroughs to pay,” Papaelias said. “We all know that companies like Uber have actively lobbied for congestion pricing, which indicates that they stand to benefit from this.

“As a resident of New York City, I hope this never passes. Is there a better way to fund the MTA? Let’s tax the rich, let’s do something else. But let’s not do it off the backs of the people in the Bronx.”

CLARIFICATION: Congestion pricing is expected to affect not only Lower Manhattan, but Midtown as well below 60th Street. A story in the Oct. 7 edition did not fully explain the pricing zone’s full coverage area.