One council race was win not just for candidate, but also upstart pol firm 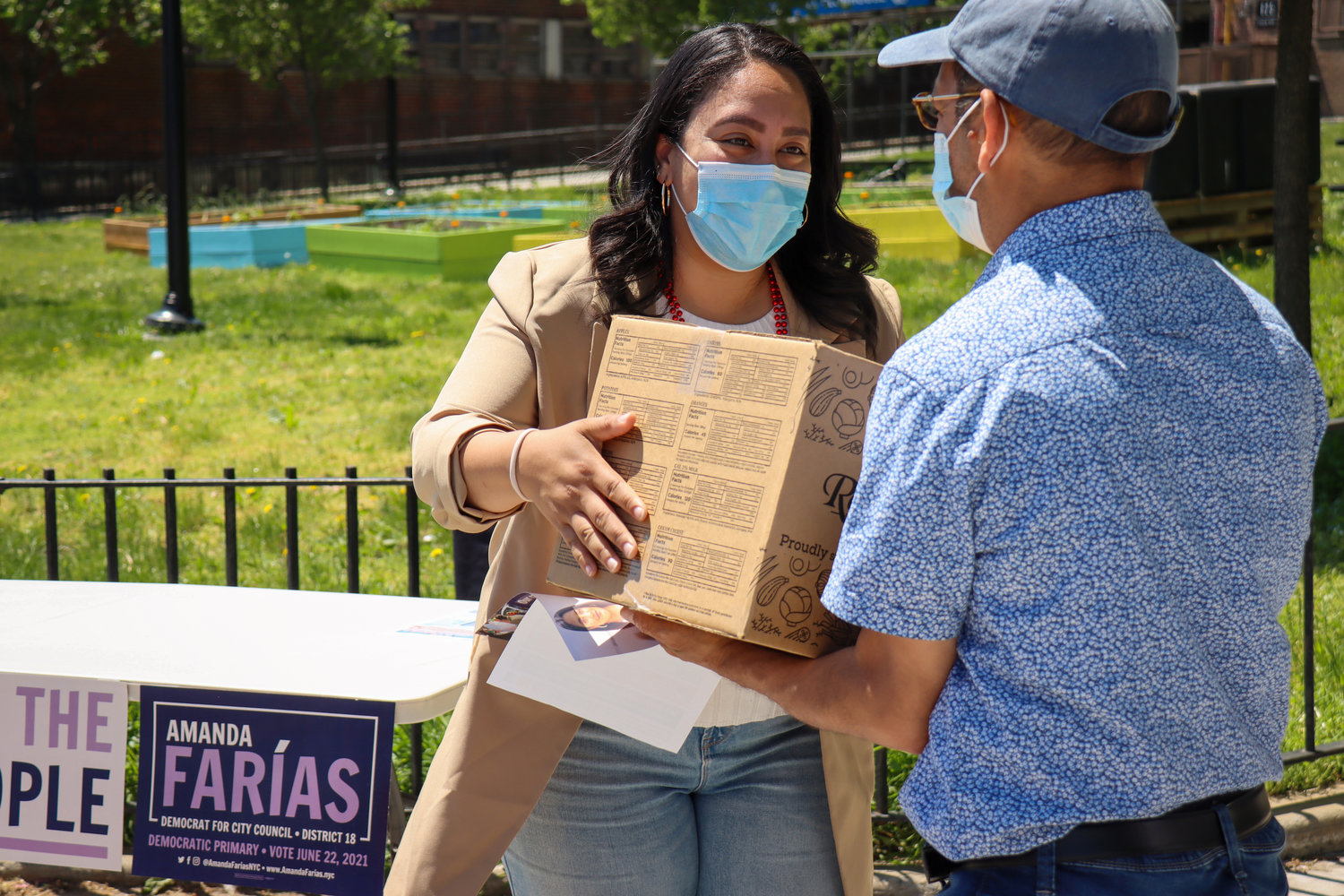 As a former campaign operative, Amanda Farias has gathered data on her city council district for the last four years since she first ran to replace Ruben Diaz Sr., in 2017. Farias says her campaign manager Christian Amato was able to put all this data to use, pinpointing which voters she needed to turn out most.
Courtesy of Christian Amato 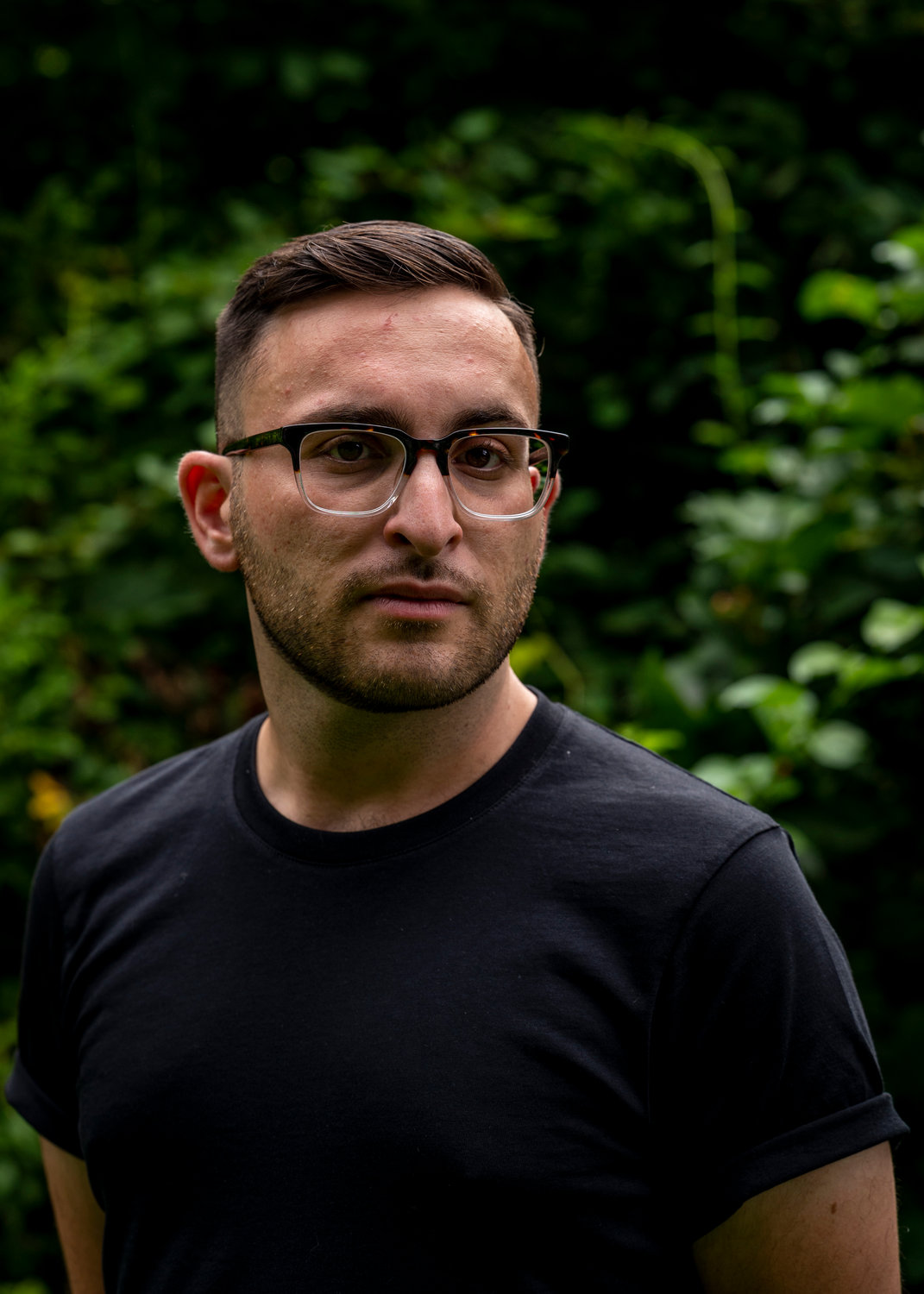 If you’re one of the 45,000 city contractors in residential and congregate care settings, you’re free to continue choosing not to have the coronavirus vaccine. But if you make that choice, beginning Sept. 13, you’ll have to undergo weekly COVID-19 testing to prove you’re not infected.

The measure is designed not only to get the pandemic under control once and for all in the city, according to Mayor Bill de Blasio, but it’s also a key weapon in trying to fight the fast-spreading delta variant.

de Blasio doesn’t want that to just stop with city workers, either. In fact, the mayor is encouraging any private business to implement similar standards, subjecting anyone who hasn’t been vaccinated to regular testing.

There were numerous competitive Democratic primaries to keep track of in the Bronx last month. But of all the city council races in the mainland borough, the east Bronx win of Amanda Farias was special not just for her, of course, but also an up-and-coming campaign team she entrusted to secure that victory.

It was all about replacing Ruben Diaz Sr. — father of outgoing Bronx borough president Ruben Diaz Jr. — on the city council. Farias, an assistant director at the Consortium for Worker Education, finished all balloting with 52 percent of the vote. She became one of 30 women expected to join the city council this year, running a progressive campaign focused on a municipal jobs guarantee — a significant departure from who is about to become Farias’ immediate predecessor.

Although Farias will have a Republican challenger in the November general election, she’s expected to easily win the seat in a solidly blue district.

This was actually Farias’ second run at the council seat after challenging Diaz in the 2017 Democratic primary. The conservative firebrand who seemed to disagree with many things Democrats stood for chose not to run again this year. After a failed bid for Congress, Diaz says he’s retiring from politics once his term ends in December.

But that didn’t mean Diaz was retiring from this particular race. He backed as his successor William Rivera, the Bronx Community Board 9 district manager.

But Farias says she had a weapon this time around she didn’t have in 2017: The help of campaign manager Christian Amato and his consulting group, Consense Strategies.

“We have a really great partnership in my campaign and I’m super fortunate to have had him on,” Farias said.

Other big players like The Parkside Group earned just shy of $3 million from candidates like Brian Benjamin for city comptroller and James Gennaro’s city council run.

Consense isn’t quite yet one of the big players — earning a little more than $46,000 this election cycle — but wins like Farias’ can certainly help build reputation.

As a former campaign operative herself, Farias said she had the foundations of a strong campaign in 2017 but didn’t have the necessary data and resources to overcome Diaz.

“I think that’s something that Christian definitely brought in as my campaign manager,” Farias said. “He was able to look at the data that I’ve collected over the years and sit down with me and talk about messaging and talk about how we utilize these data points. Looking at where I have volunteers or supporters and how do we best utilize them and mobilize them.”

Amato, a Bronx native based in Morris Park, only launched Consense Strategies last year — and is still its only employee. The firm’s mission is to help elevate leftist candidates with strong roots in their communities to elected office by using detailed voter data.

Although he has a background in advertising and theatre, Amato turned toward politics after the 2016 presidential election when he realized Democratic candidates weren’t utilizing narrative techniques as effectively as Donald Trump. Recognizing his own storytelling abilities from his previous work, Amato felt he could help Democratic candidates improve their campaign messaging and win more elections.

Amato spent this cycle focused on a Farias victory, but also treated her race as a test case on how to effectively run a successful campaign. And almost taking a page from baseball management movies like “Moneyball,” Amato says focusing on specific numbers in the right context works.

Typically, Amato said, campaigns base their field plans on turnout from prior elections for candidates who had similar platforms to their own. They also target the most active voters from their political party.

His algorithm, on the other hand, is unique because it measures all these metrics, but goes further by evaluating the propensity for turnout on an election district level. More simply, it’s something Amato calls a “tiered approach,” displaying three layers of voters based on how much time is needed to get them to the ballot box, choosing a particular candidate.

“As we watched the numbers come in, and we were looking at that map fill up, all of us were kind of like besides ourselves,” Amato said. “Because of the fact that we had accurately targeted a district that is quite difficult to target.”

However, this wasn’t Amato’s first outing testing his algorithm. Two other campaigns ahead of the June primary didn’t have a happy ending — a congressional run for Andom Ghebreghiorgis, and a city council special election race involving Elisa Crespo who lost to Oswald Feliz. Seeing that he didn’t have enough support to come out on top, Ghebreghiorgis actually withdrew from his campaign before election day, backing ultimate winner Jamaal Bowman over Eliot Engel.

Win or lose, Amato remains proud of those races. Especially with Crespo, who made history as an out trans woman candidate and paved the way for her to become the executive director of The New Pride Agenda.

It “didn’t work out in terms of her being an elected official,” Amato said. “But that campaign elevated someone who was a relatively unknown person in the Bronx and citywide politics prior to that race to now she’s the executive director of one of the frontline organizations lobbying and fighting for LGBTQ policies in New York.”

Now Amato looks to expand Consense to take on more candidates for next year’s statewide elections. This includes bringing on a deputy director and a head designer to help him focus more on working with candidates.

His firm might be one of many competing to represent candidates in New York, but Amato feels like Consense is filling gaps for a kind of firm that’s successful and inexpensive in the Bronx.

“I think what I’ve seen this year is that there’s a big need for affordable local consultants who know the Bronx,” Amato said, who know “how to communicate with these communities who do the work.”