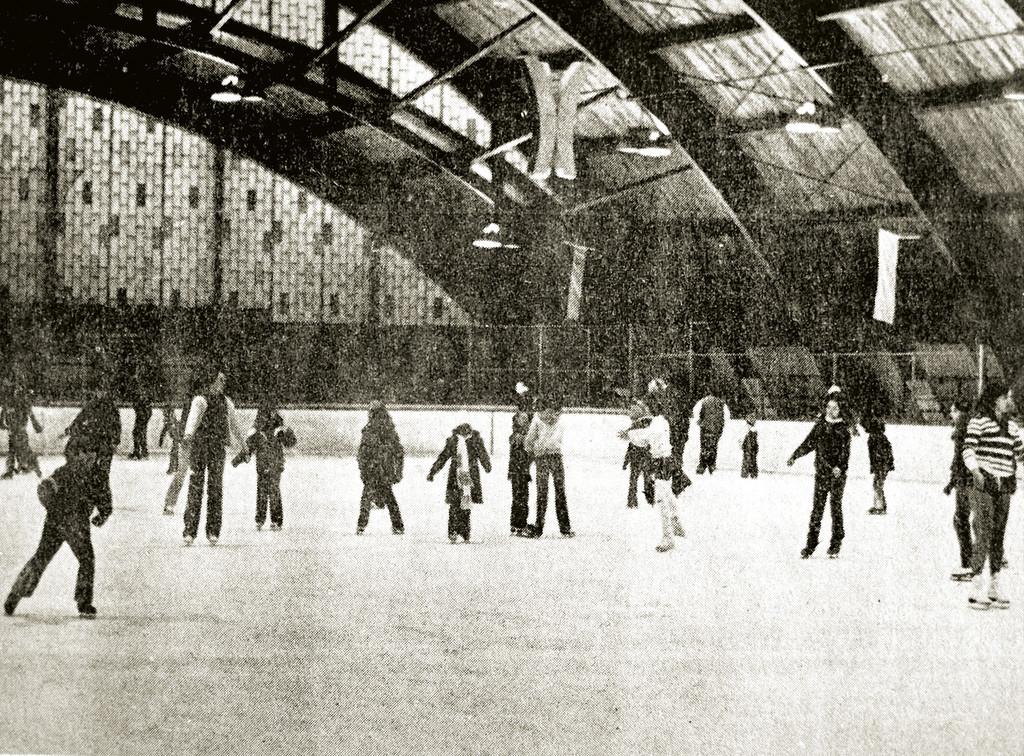 Skaters at the Riverdale Ice Skating Rink in 1980, three years before it closed down.
File photo by Stephen Zuckerman
By Adam Wisnieski

This time next year, families will ice skate in Van Cortlandt Park, according to Mayor Michael Bloomberg, who announced the plan during his State of the City address from the St. George Theatre on Staten Island on Jan. 19.

“In the Bronx, we’ll join with the Van Cortlandt Park Conservancy to do something that has been talked about for more than a decade: We’ll turn unused tennis courts into an ice-skating rink open all winter long,” Mr. Bloomberg said.

The four unused courts near Broadway and West 242nd Street will become a public ice-skating rink during the winter months, according to Tony Cassino, chairman of the Van Cortlandt Park Conservancy. It is scheduled to open in November.

“Ice skating in general has been exploding recently because it’s great family entertainment and it’s not expensive. There are not a lot of things you can do outside with your family that are reasonably priced,” Mr. Cassino said.

The last time Riverdale had a rink was in 1983, the year Riverdale Ice Skating Rink, which was located a few blocks south of the proposed new rink, closed. Originally called Kelton’s Tennis and Ice Skating, many in the neighborhood still remember it as the place they spent their winters as children, skating while the smell of cookies baking at Stella D’oro floated through the air.

Mr. Cassino said he used to skate at the rink and is excited for the opportunity to take his family skating in the neighborhood. The rink could help boost businesses on Broadway as well, he said.

Retail space owned by Manhattan College is available directly across the street from the tennis courts. The property, a former auto repair shop located on the corner of West 242nd Street and Broadway, still remains vacant despite previous plans to turn it into a mixed-use commercial facility.

Mr. Cassino said he would like to see a holiday market at the rink like the one at Bryant Park.

To help with the project, the Van Cortlandt Park Conservancy looked to Bryant Park as a model. Every winter, Bryant Park is home to CitiPond, one of the most popular public ice skating rinks in the City. Dan Biederman, the founder of the Bryant Park Corporation, joined the Van Cortlandt Park Conservancy two years ago after City Parks Commissioner Adrian Benepe saw him at a cross country race in Vannie and thought he might be able to bring some of his expertise to the Bronx.

After overcoming some of the obstacles of a seasonal ice-skating rink in Bryant Park, Mr. Biederman thinks he can help make the new rink successful. He said he’s learned a lot in the last five years about everything from getting enough power to the site to how to deal with safety issues like “fancy dance” skaters who might injure themselves.

Mr. Cassino called it a “unique partnership” and said the relationship with Bryant Park was critical to getting this project off the ground.