Could police give up traffic patrols? 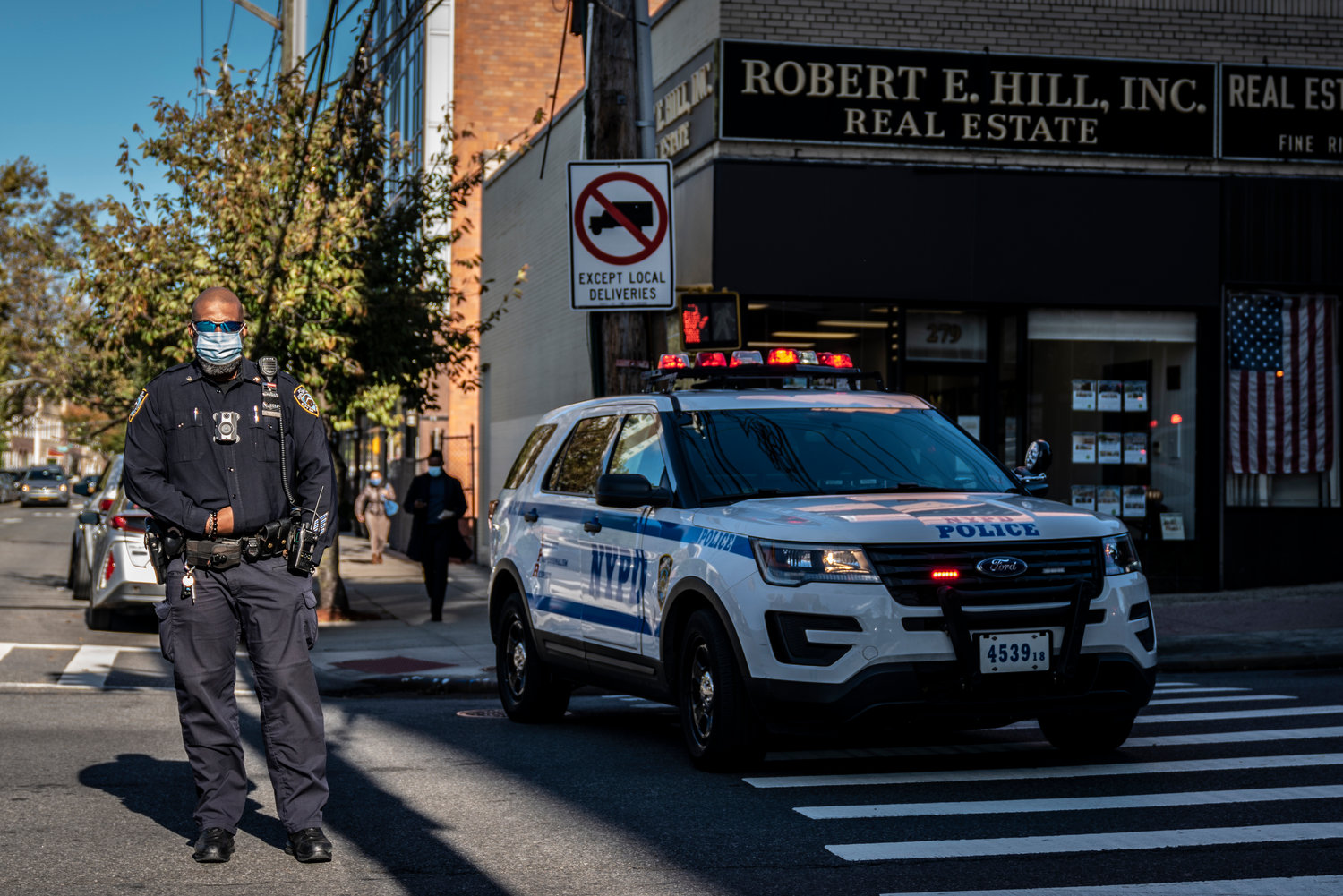 State Sen. Alessandra Biaggi wants to create a traffic safety commission she says would move work like traffic enforcement out of the hands of police officers. It’s the latest in Biaggi’s efforts to reform the criminal justice system.
HIRAM ALEJANDRO DURÁN 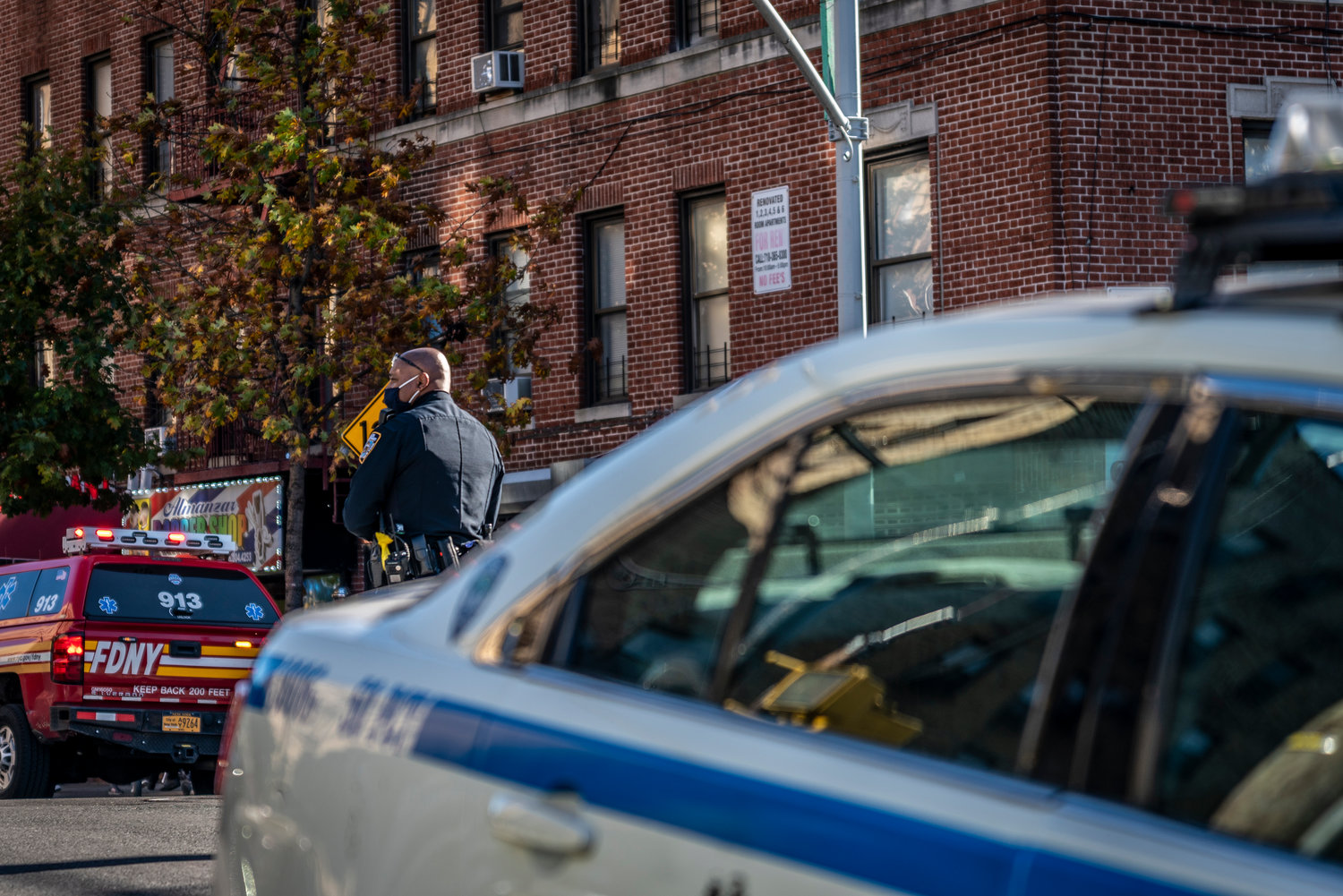 If state Sen. Alessandra Biaggi can succeed in passing her latest criminal justice reform bill, traffic enforcement would move from police to the state’s transportation department. Biaggi says she envisions a phased approach transitioning traffic stops away from police officers — and could include using automated technology to enforce the rules of the road.
HIRAM ALEJANDRO DURÁN 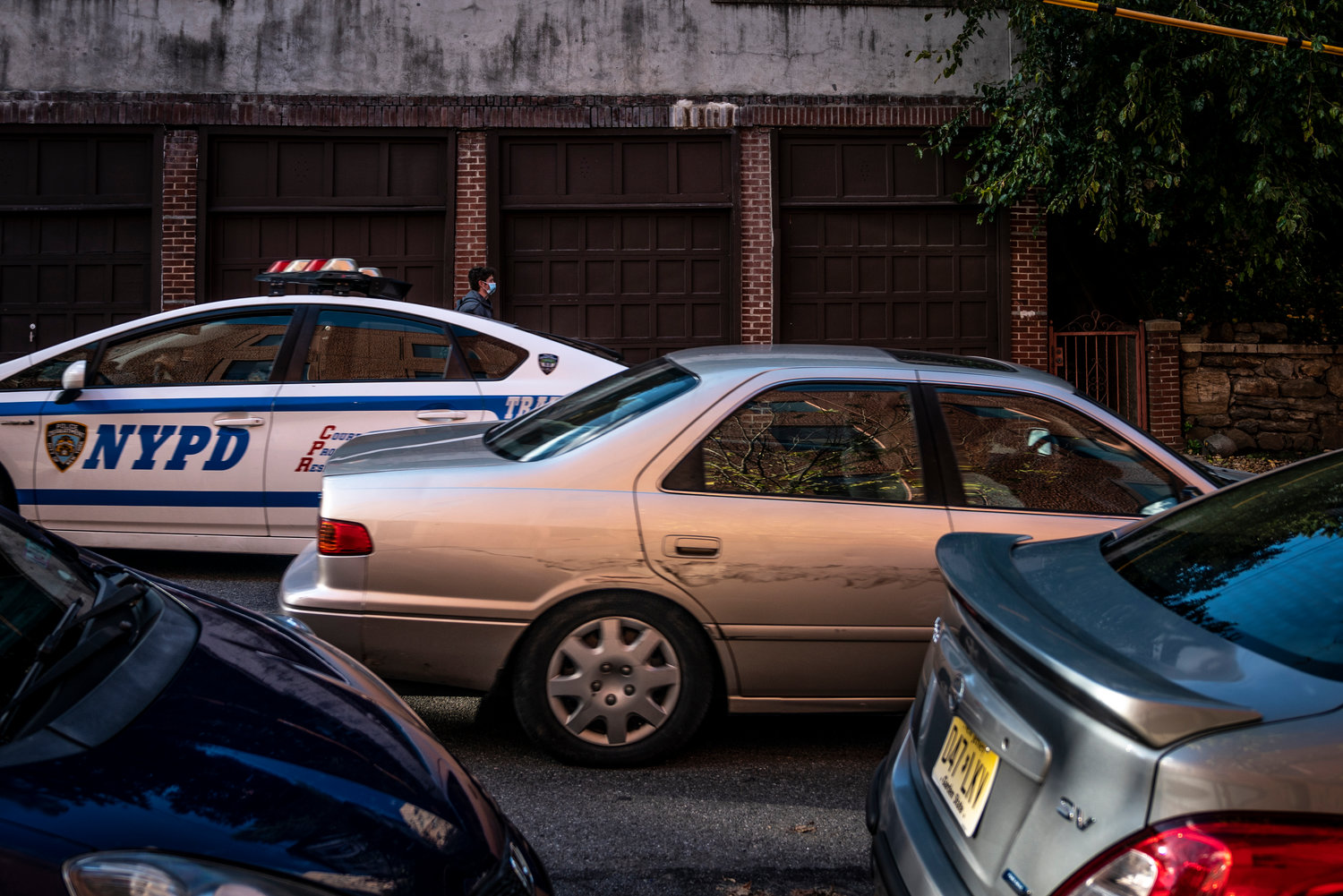 Traffic enforcement is far more complicated these days than just drivers not adhering to traditional rules of the road, like simply following the speed limit. From the perspective of many Black drivers in particular, getting pulled over by a police officer could quickly escalate into a life-or-death scenario — something state Sen. Alessandra Biaggi hopes to avoid with new legislation that could put traffic enforcement in the jurisdiction of the state’s transportation department.
HIRAM ALEJANDRO DURÁN
Previous Next
By PETE JANNY

The do’s and don’ts of operating a vehicle is not an arcane topic. These traffic rules are common to nearly every street and interstate. But getting stopped by a police officer for typical moving violations like speeding or flaunting street signs can be a much different experience for those drivers — many times depending primarily on the color of their skin.

Despite common belief, many of these traffic stops are handled without incident. But when problem do arise, a simple speeding ticket could become a matter of life and death — especially for Black drivers.

Alleged police brutality in these specific incidents have become prominent in American culture. The stories almost never have happy endings, typically with someone ending up in the hospital, or worst yet, killed.

State Sen. Alessandra Biaggi knows she can’t solve what many see as institutional racism among some in law enforcement with a single bill or even a bunch of bills in Albany. But she hopes to take a significant step with a new idea that could make some breathe a little easier in typical traffic stops — by removing such stops from police officers’ job descriptions.

Her preliminary proposal would move traffic enforcement to the state’s transportation department, creating a traffic safety service commission. Besides continuing her legislative push for criminal justice reform, Biaggi's idea could allow police to focus more on other crime that has been on the rise since the beginning of the year.

Such a bill is controversial, even in a legislature that is controlled by Democrats. So Biaggi knows if she wants any chance of seeing this succeed, she won’t be able to introduce all of it at once.

“We anticipate that the likelihood of accomplishing this policy is best done in phases,” Biaggi said. “For instance, automated enforcement could be one possibility.”

That could mean depending on technology similar to what speed cameras already do in school zones, for example. In that case, speeders are caught automatically by surveillance equipment, and the owner of the vehicle is issued a fine.

Unlike tickets handed out by law enforcement officers, however, speed cameras typically issue far lower fines, and generally don’t result in license points that could lead to a suspension or even having driving privileges revoked.

Biaggi has pushed bills advocating racial justice since she was first elected into the upper chamber. Yet it still has taken two years — and more Black people to die at the hands of police — to get bills passed like her STAT Act, which mandates courts to collect demographic data on anyone arrested by or who dies at the hands of police.

Biaggi also was a leading proponent of removing the veil of secrecy around officer discipline, creating avenues for the public to have a better understanding what kind of complaints are being made against specific officers, and how police departments handle those complaints.

“Although these reforms were long overdue, the momentum of the movement is what helped pass both of those bills this summer,” Biaggi said. “But we have to be clear, these measures are just the beginning. It is up to us in the legislature to continue to hear the voices of New Yorkers and pursue policy that will fundamentally transform the nature of policing and public safety in our state from the ground up.”

A recent study featured in Nature Human Behaviour explored the correlation between racial bias and traffic enforcement in America — with results seemingly validating the concerns of Biaggi and many others under causes like Black Lives Matter.

That study examined 95 million traffic stops between 2011 and 2018, Black drivers were 43 percent more likely to be stopped by state police than white drivers. Numbers weren’t much different when looking at municipal police stops. Yet, researchers found there are points in the day when there is far more equality in these stops — after the sun goes down, and it’s much harder to see inside vehicles.

“Although we do not know the circumstances regarding each of those stops, we do know that the largest predictor of police violence in America is simply contact with the police,” Biaggi said. “Without meaningful change, those incidents may continue to happen unnecessarily or have negative outcomes.”

The idea of removing police from routine traffic enforcement has received support from the likes of state attorney general Letitia James, who spoke out last year over the police-involved shooting death of 31-year-old Allan Feliz in Norwood after reportedly being pulled over for nothing more than a seat belt violation. James’ Special Investigations and Prosecutions Unit ultimately found no wrongdoing in Feliz’s death on the part of the New York Police Department, but that didn’t stop the attorney general from calling out for serious change in how law enforcement is handled in the country.

“While criminal charges were not warranted,” James said in a release last September, “we were gravely concerned by some of the actions of the responding officers, and issued a number of recommendations that the NYPD should take into account — including removing officers from engaging in any type of routine traffic enforcement activity.”

Until that happens, Biaggi believes the potential to become a victim by police remains prevalent — especially those who are people of color.

“Every single person ought to be concerned with police violence, and subsequently demand that the legislature take reform seriously,” Biaggi said. “This concern should extend to law enforcement officers because the issue we are talking about is systemic violence and racism within an institution that is sworn to protect human life.

“Lack of internal concern is a dangerous threat to public safety.”

CLARIFICATION: State Sen. Alessandra Biaggi has not yet introduced a bill in Albany that, if signed into law, would move some traffic enforcement away from uniformed police, although she has been actively sharing ideas on what might become a bill. Although moving traffic enforcement away from police departments could potentially allow officers to focus on other crime, Biaggi has not said that was a variable taken into consideration in these discussions. A story in the Nov. 5 edition was not clear on these points.