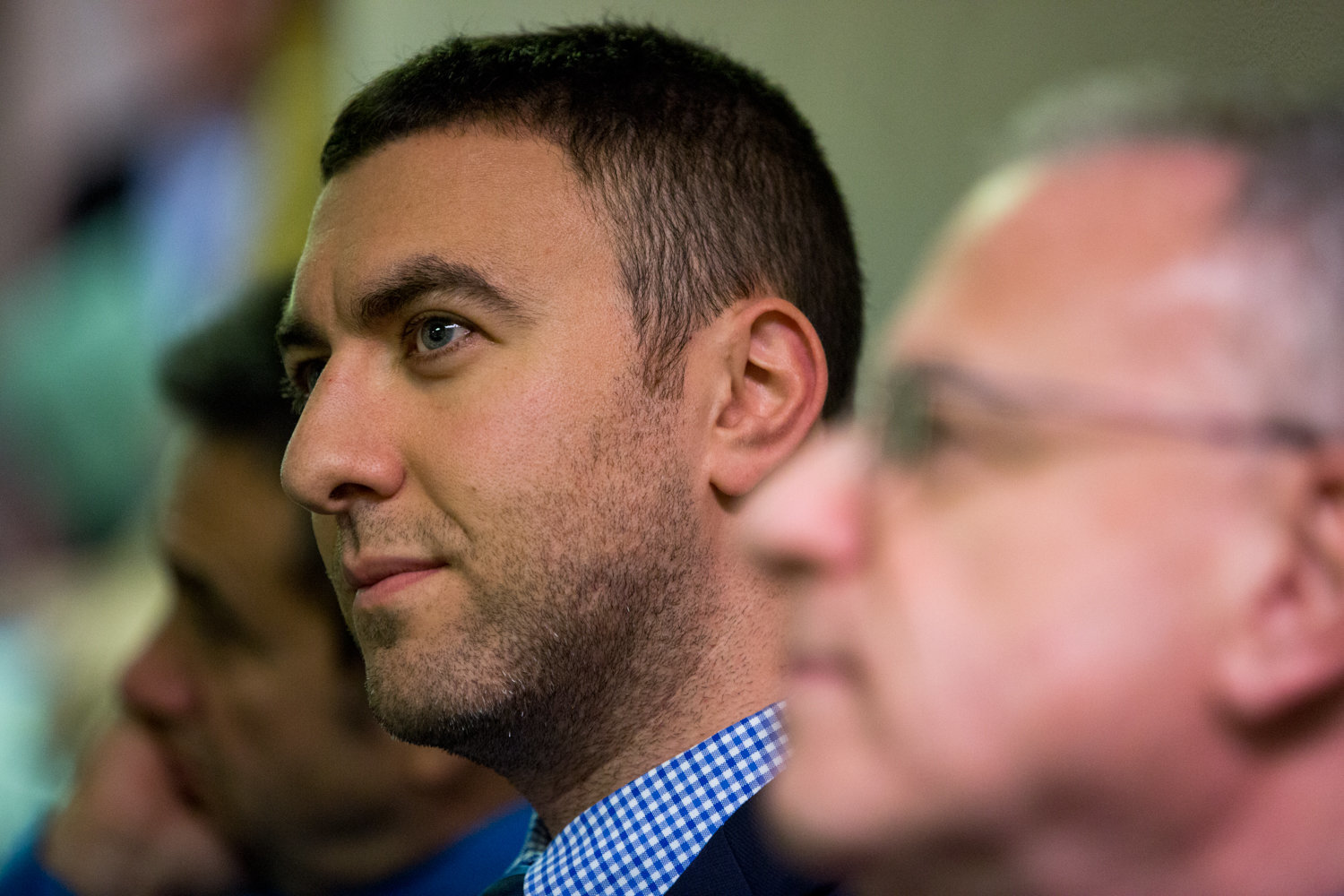 Three candidates from the March 23 city council special election race have been eliminated, but the city's elections board is not yet ready to declare a successor to Andrew Cohen. But it is now a mathematical certainty the community's next city councilman is Eric Dinowitz.

The former school teacher remains standing in the ranked-choice balloting system along with theatre non-profit executive director Mino Lora and environmentalist Jessica Haller, with Haller set to be the last candidate eliminated in the system. But even if all of her nearly 1,700 votes went to Lora on Tuesday, there is no stopping Dinowitz, who has now captured 52 percent of the vote.

Ironically, it was real estate attorney Dan Padernacht — who was the first to jump into the race ahead of Dinowitz in 2018 — that tipped the scales. Dinowitz needed only 280 Padernacht voters to rank him higher than Lora and Haller, and instead got more than 400, representing 46 percent of Padernacht's voters. Lora and Haller split the remaining votes, while a quarter of Padernacht's ballots ranked none of them.

Padernacht appeared to earlier benefit the most from the second-choice ballots initially topped by Carlton Berkley, a retired New York Police Department detective from Wakefield, and Kevin Pazmino, a North Riverdale independent filmmaker. He collected an additional 94 votes to his tally, topped only by Dinowitz's 99.

However, nearly a quarter of the ballots cast for Pazmino and Berkley either had the other candidate as a second choice, or no second choice at all.

Elections officials on Tuesday are expected to eliminate Haller, who finished third in live and early voting on March 23, although it's not expected to make any difference in the final results.  Ranked-choice counting eliminates the lowest vote-getter in each round, reassigning the voter's next ranked candidate to those who remain. This continues until there are just two candidates left, and the one with more than 50 percent wins.

The special election installs a council member through the end of this year. Voters on June 22 would decide who will fill the seat for the next two years beginning in January, with nearly all these candidates — along with social worker Abigail Martin and Norwood-based political activist Marcos Sierra — expected to join.