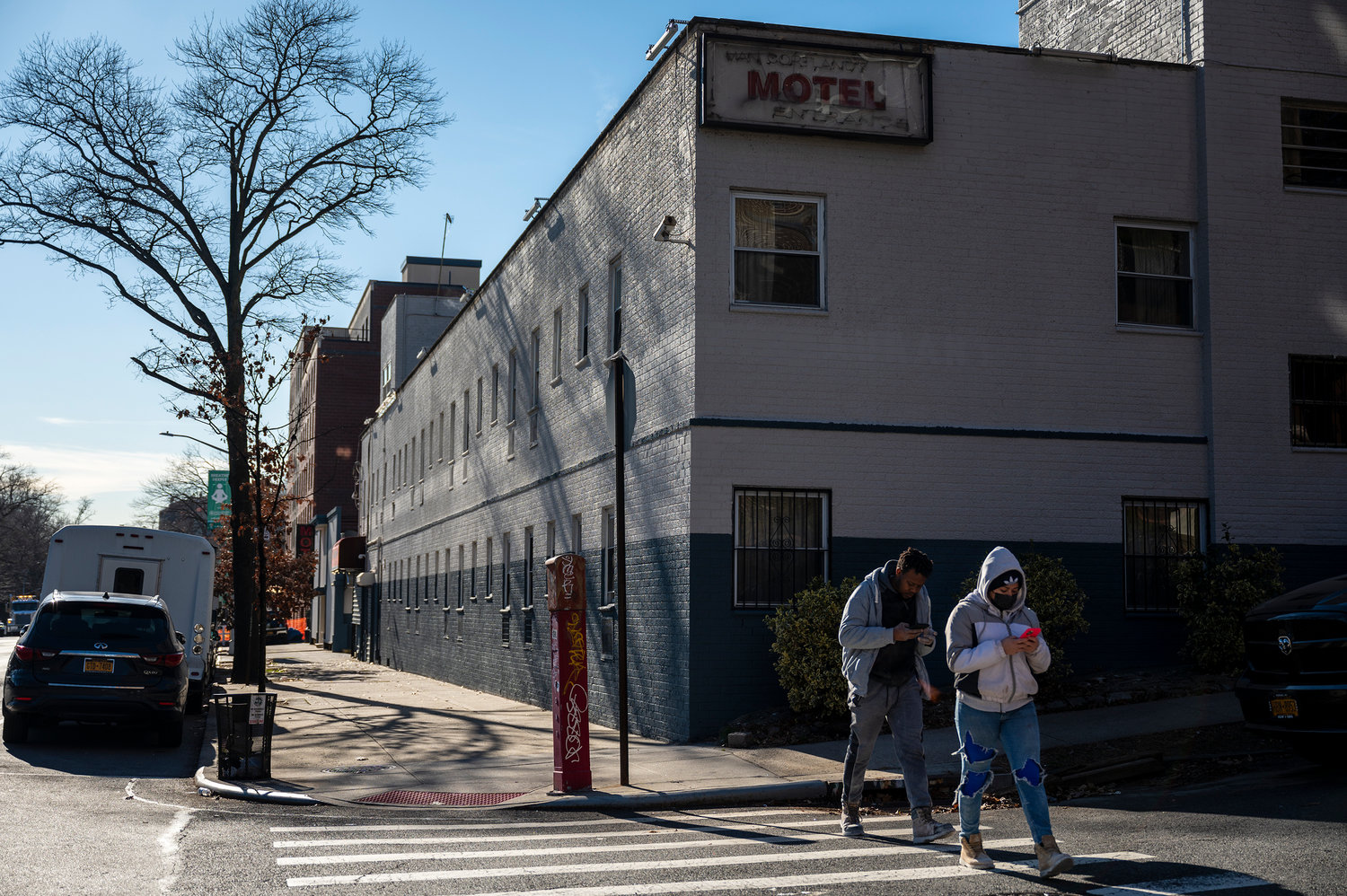 A law proposed by city council would make it illegal to require a criminal background check when considering an application for someone to move in. Housing advocates say the practice of background check plays a major role in housing discrimination, impacting people especially of Black and Latino backgrounds.
HIRAM ALEJANDRO DURÃN
Support journalism

Background checks can make or break someone. Especially if that someone has a criminal history.

Such checks may already cost people jobs and maybe even loans. But a new piece of legislation in front of the city council could take one essential piece of living off that list: homes.

Intro 2047 — the Fair Chance for Housing Act — was filed by Brooklyn councilman Stephen Levin late last year. It’s intended to prohibit what he and other advocates describe as housing discrimination in rentals, leases, subleases or occupancy agreements like co-operatives and condominium purchases, solely on the basis of arrest or criminal records.

It could effectively prohibit landlords, real estate brokers and the like from conducting background checks or investigating anyone’s criminal history during any type of application process involving housing.

The bill has considerable support among many in the council — including some who are no longer there, like newly minted transportation department commissioner Ydanis Rodriguez, and the Bronx’s new borough president, Vanessa Gibson. It’s also backed by the city’s public advocate, Jumaane Williams.

Yet it’s not sitting well with others like Stephen Budihas, president of the Association of Riverdale Cooperatives & Condominiums.

“It’s an absurd bill,” he said, “a horribly thought-out piece of legislation.”

For Budihas, the irrationality of the bill seems to do little to favor law-abiding people while guaranteeing their safety. To him, it seems more concerned about protecting those who break the law.

“A number of city councilmembers decided they want to change the administrative code of the City of New York to protect convicted criminals,” Budihas said.

It’s a move that would tie the hands of co-op boards and potentially put neighbors in considerable danger if they don’t know who’s moving in.

“Now when we consider whether or not they can buy into a given co-op or condo, we can’t hold that against them,” Budihas said. “We can’t investigate them. We can’t even ask for an arrest record.

“Now that, to me, is crazy. It’s nice to know who’s moving next door to you.”

The bill could override current law that gives co-op boards authority to govern over the application process, and decide who they wish to invest into their co-ops.

“The co-op boards make all of the decisions by law,” Budihas said. “This is not arbitrary, on behalf of all the residents of their buildings. In some cases, you’re talking about hundreds of apartments, and thousands of people living in them.”

Questions that co-op boards typically ask applicants include previous residences, criminal history, income earned, and may even ask for a credit check, according to Budihas.

“You know, these are very intrusive and invasive questions,” he said. “We understand that, and most people would take offense to being asked those things. However, the concept is that prospective residents in the property need to be screened.”

That screening process is generally entrusted to elected boards.

“Co-op boards have the responsibility to ensure to the best of their ability that each building provides a safe, secure environment,” Budihas said. “And this introduction to the council would take that away from them,”

Budihas has already taken the issue up with Councilman Eric Dinowitz. Then-council Speaker Corey Johnson declined to put the bill up for a vote, saving that showdown. But a Dinowitz spokesman says the councilman was opposed to the initial version of Levin’s bill. He spoke not only to various constituents, but also to Levin himself, who termed out last year.

For a number of advocates like Fair Chance for Housing, background checks are a major contributor to housing discrimination, which ultimately leads many into homelessness.

“Housing discrimination not only limits housing choice, it also perpetuates residential segregation,” according to the group’s website.

Intro 2047-A is intended to protect 750,000 people in the city with criminal histories, according to Data Collaborative for Justice at John Jay College. Black and Latino communities are overwhelmingly impacted by criminal background checks, as they make up nearly 80 percent of criminal conviction records.

Budihas wants to be clear his position isn’t to necessarily keep convicted people from moving in. Instead, he wants existing neighbors to decide if who is moving in the building would be conducive to their quality of life.

“I understand like anybody else that if (a person) makes a mistake and does something dumb, gets punished for it, (they) will probably deserve a second chance in life,” the ARC president said. “I really get that. But the point is, let’s take a look at what you did, and let’s take a look at why the (courts) punished you the way they did. I think we have a right to review that.”