Cuomo reduces petition signatures, but is it enough? 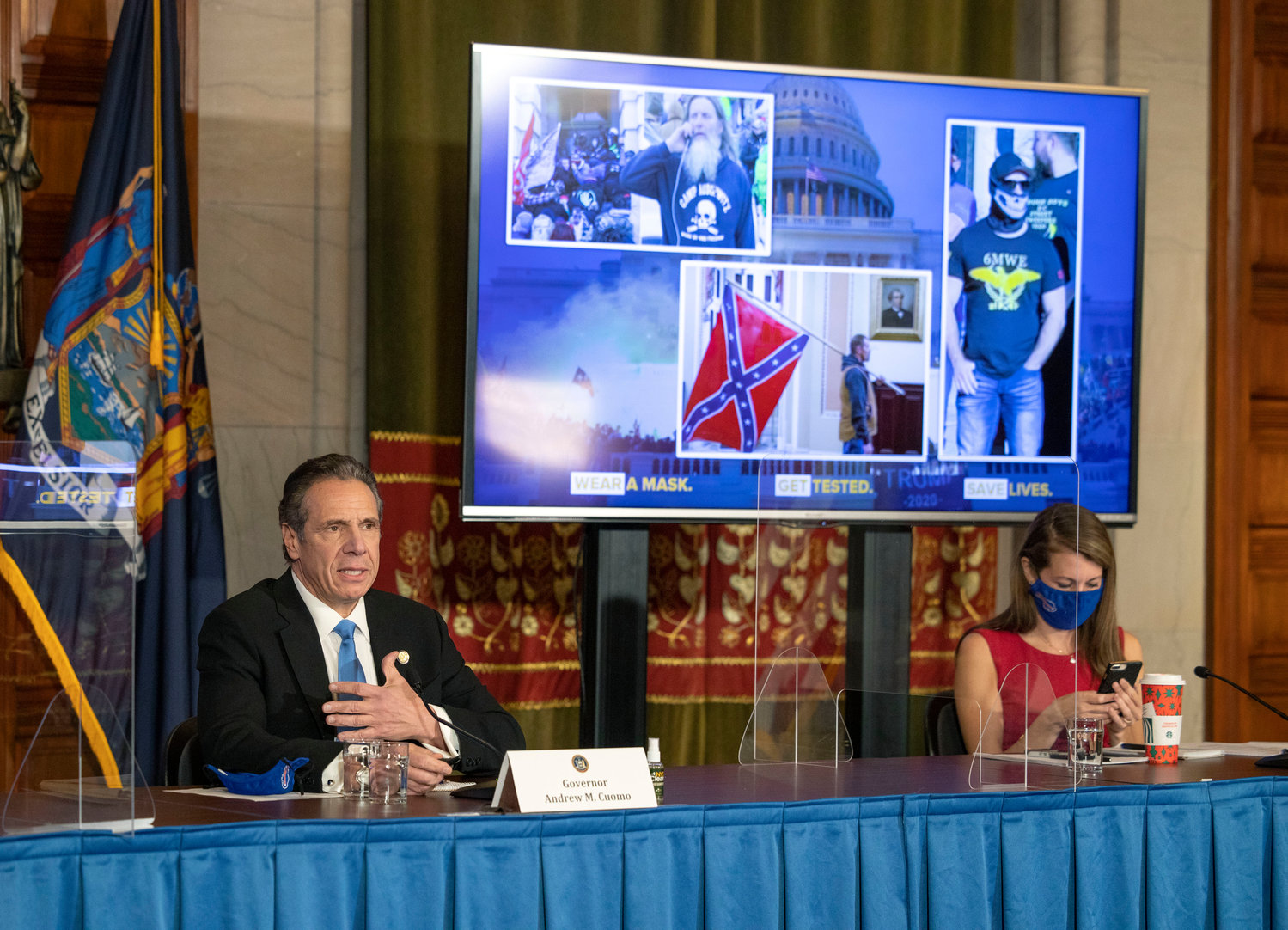 Gov. Andrew Cuomo has reduced the number of petition signatures city council candidates will need to get on the March 23 special election ballot. But instead of reducing it to 30 percent of the total number like he did for primary races last summer, he reduced the threshold by only 30 percent.
Courtesy of Mike Groll / Gov. Andrew Cuomo's office
By MICHAEL HINMAN

Petitioning to get on the ballot for the March 23 city council special election is well under way, but Gov. Andrew Cuomo has stepped in to reduce some of that burden in the middle of the coronavirus pandemic. Just not by a lot.

Cuomo extended an existing executive order first issued March 7 by reducing the signature threshold in New York City elections from 450 to 315. That means the required count to qualify for the ballot would be 30 percent less than a typical special election petition for city council.

This isn't the first time Cuomo has reduced petition signature thresholds during the pandemic. He also ordered cuts for qualification in the primary races last summer, yet those reductions were far more dramatic. Then, he required candidates to only collect 30 percent of what would normally be needed, not reduce that threshold by 30 percent.

If city council candidates were following the same edict the governor issued last summer, they would be required to collect just 135 valid signatures, rather than 315. Because challenges could threaten the inclusion of many signatures, candidates typically collect nearly three times that amount of signatures, maybe even four times.

Three times the normal amount of petition signatures would mean 1,350 physical contacts. With the governor's reduced order, that comes down to 945. If petitions were reduced consistent with last summer, that number would come down to just 405.

Many of the current candidates seeking to replace Bronx Supreme Court judge Andrew Cohen on the city council have decried the current petitioning system remaining in effect, saying that going out and making face-to-face contact with hundreds of people each is dangerous in this time of the coronavirus pandemic.

One of the candidates, Mino Lora, announced this past week she tested positive for the virus that causes COVID-19, meaning she couldn't personally go out and collect signatures. However, many candidates like Lora have volunteers that help them gather such signatures anyway, and her campaign maintains Lora's positive test won't slow her down in the effort to get on the March 23 ballot.

Following the governor's announcement, Lora told The Riverdale Press in a statement that still requiring anyone to go out to collect signatures in the middle of a pandemic is "bad public health policy."

"The governor reduced the number of signatures needed for the special election after most of us have already met the original threshold," Lora said, in a statement. "Temporarily ending petitioning would've been safer, and I hope he'll do so ahead of February when petitioning is expected to begin for the primary election in June."

Another of the candidates already collecting the signatures she needs is Jessica Haller, although she still expressed appreciation to the governor for taking action.

"We're happy that the governor decided to lower the threshold," Haller said, in a statement. "It's important that we all focus on keeping people safe."

Dan Padernacht — who was the first to enter the race back in 2018 — called Cuomo's action a good start.

"While we hoped for a greater reduction, this is a step in the right direction," Padernacht said, in a statement. "I am grateful to Carlton Berkley, Abigail Martin and Marcos Sierra for working with me to bring attention to this matter."

Berkley did not return a request for comment Saturday.

Eric Dinowitz earned the endorsement of the Benjamin Franklin Reform Democratic Club that is essentially controlled by his father, Assemblyman Jeffrey Dinowitz, meaning members of the club's executive committee are only allowed to petition for the younger Dinowitz.

"I'm glad that the governor has heeded the calls I made weeks ago, and reinforced this Thursday, to reduce petition limits," Dinowitz said, in a statement.

He shared on social media last Monday, the first day of petitioning, that he was turning in his first batch of 450 signatures.