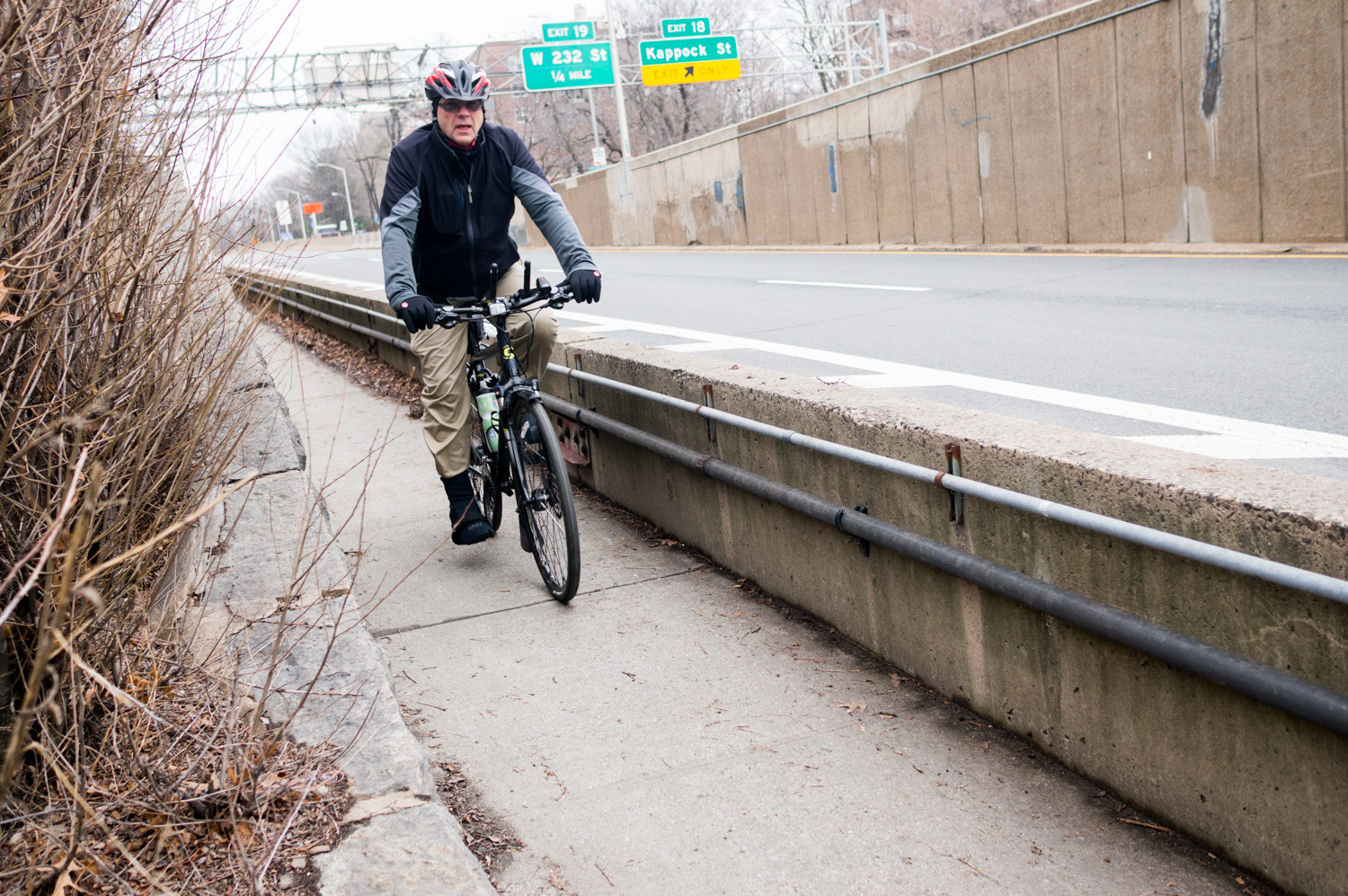 A cyclist rides his bike along the Henry Hudson Bridge's pedestrian pathway. That pathway will close starting in the spring, meaning anyone not in a car will either wait for a shuttle, or detour to other bridges.
Julius Constantine Motal 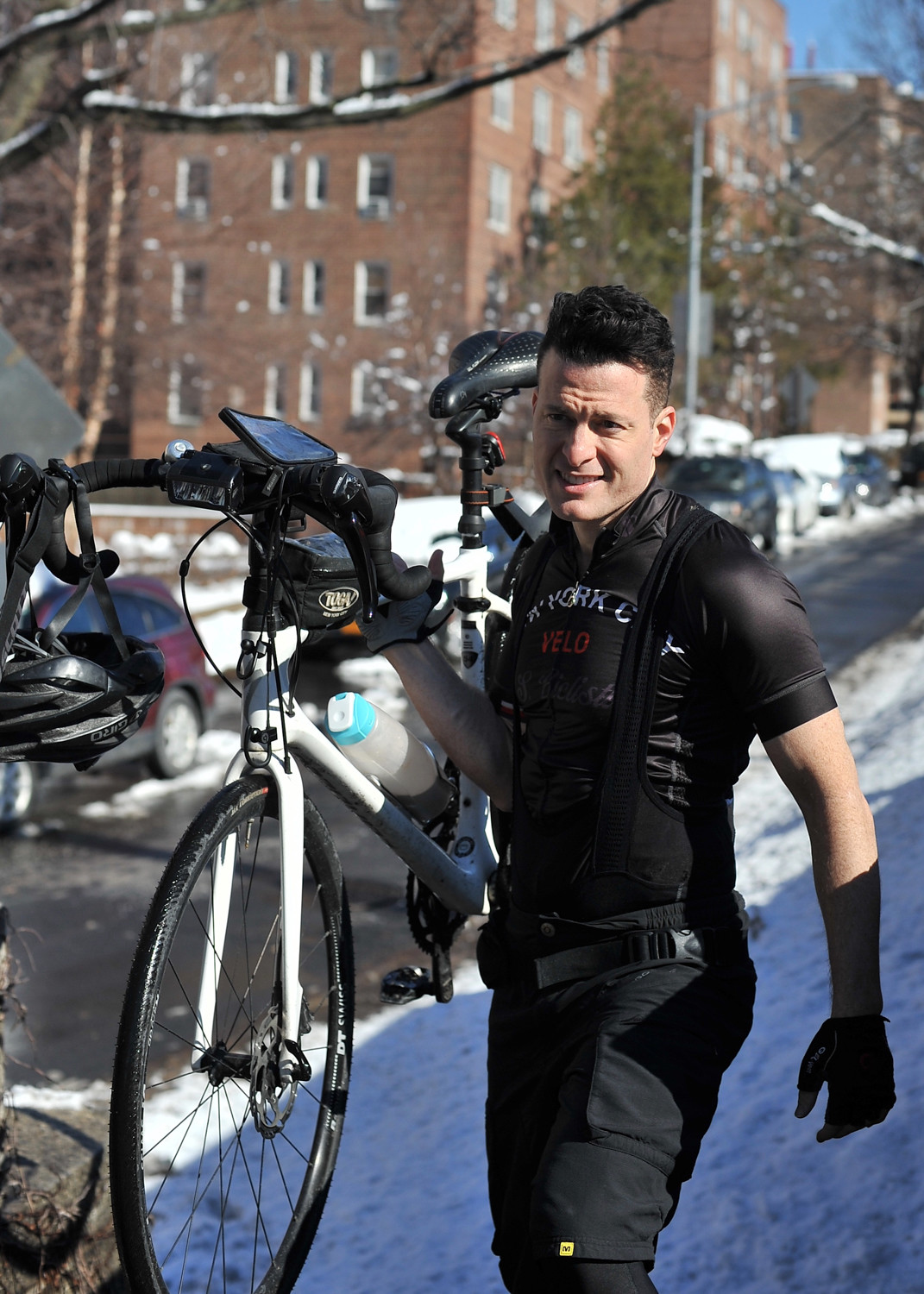 Craig Weingard carries his bicycle near the entrance to the pedestrian pathway on the Henry Hudson Bridge. An avid cyclist, Weingard bikes to and from work every day across the bridge.
Steven Zaitz 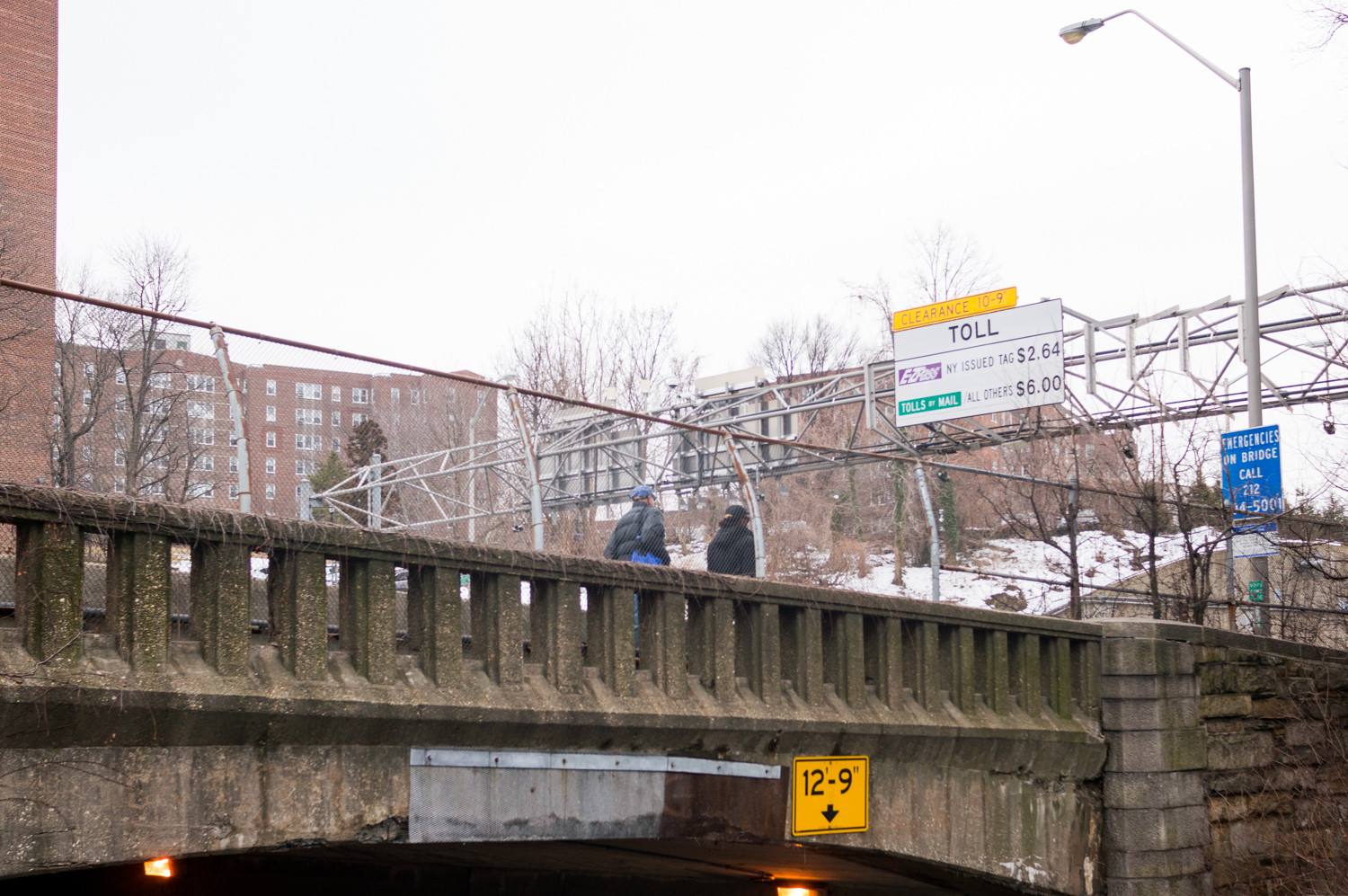 Pedestrians walk along the Henry Hudson Bridge's pedestrian pathway. Ongoing construction on the bridge will eventually shut down the pathway for months.
Julius Constantine Motal 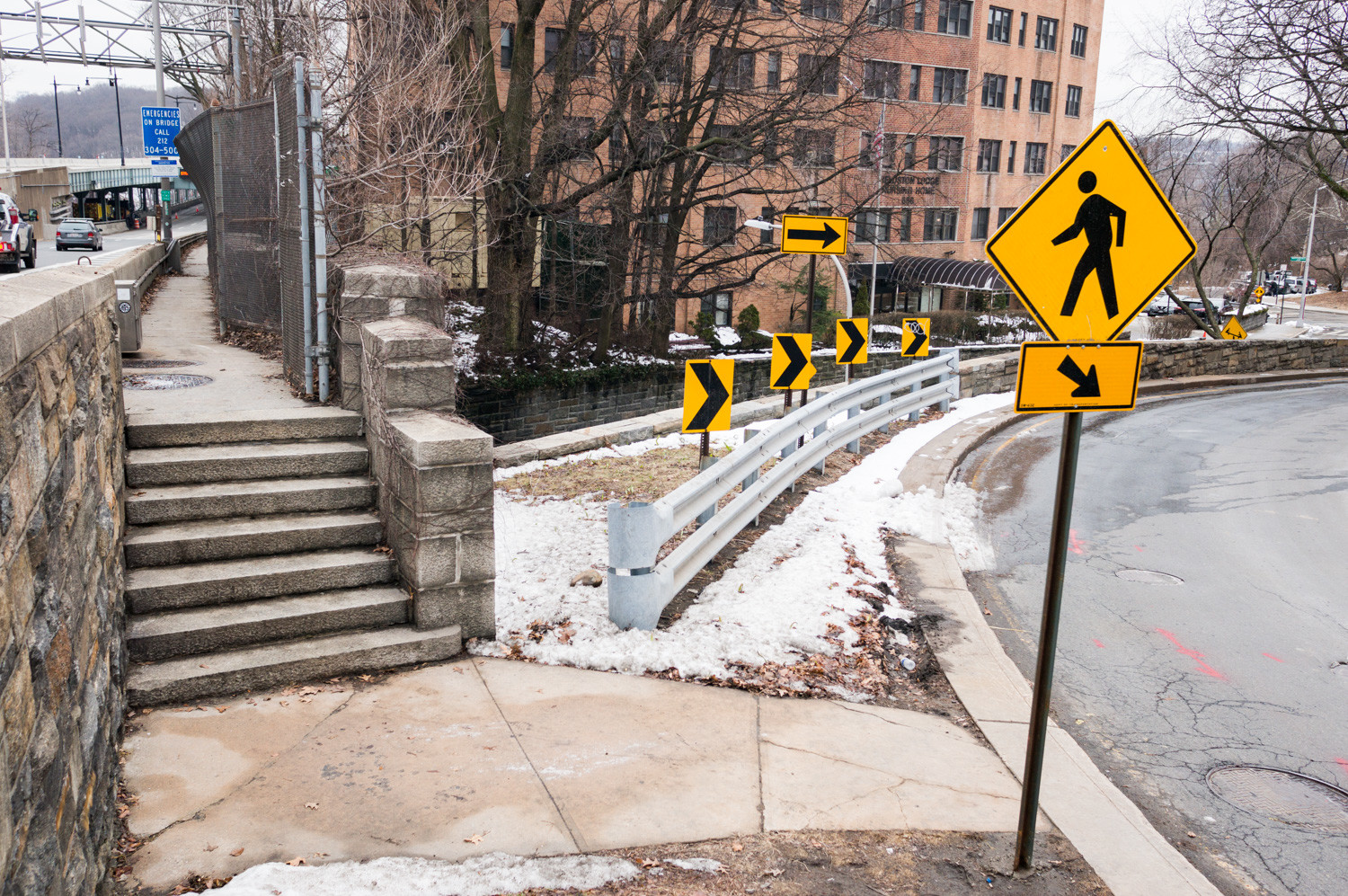 Ongoing construction on the Henry Hudson Bridge will eventually force the temporary closure of its pedestrian pathway until construction is complete sometime next year.
Julius Constantine Motal
Previous Next
By ZAK KOSTRO

It’s difficult to overstate how important a bridge can be for people in their daily lives, yet it’s something often taken for granted.

Threaten to take that bridge away — even temporarily — and it becomes abundantly clear how crucial that bridge really is.

As part of ongoing work rehabilitating both its upper and lower level roadways, one lane of the Manhattan-bound Henry Hudson Bridge was scheduled to close starting Feb. 20 and remain closed well into 2019, according to a Metropolitan Transportation Authority spokesman. It’s part of an $86 million project to replace the last remaining sections of the roadway deck dating back to the 1930s. That includes removing columns and toll islands from the lower level, which the MTA says will improve traffic flow across the bridge.

But one particular closure could have a strong impact on people like Craig Weingard, who regularly uses the bridge to cycle 24 miles a day round-trip from his Riverdale home to work at East 40th Street and Fifth Avenue in Manhattan. It’s the Henry Hudson’s lower level pedestrian walkway slated to close by spring.

The MTA will offer a free shuttle service between 7 a.m. and 9 p.m., for pedestrians and cyclists, but that means waits of up to 30 minutes, forcing Weingard to seek out alternative routes.

“You don’t want to wait 30 minutes for a bus to start going through stoplights,” Weingard said. “It’ll take 30 minutes just to get to Inwood Park. What’s the point? The whole solution is just so — it’s just not a solution.”

Weingard will likely have to detour to the Broadway Bridge instead — a route that not only will add 15 minutes to his commute, but one he considers less safe.

Riding through adversity is nothing new for Weingard, who used to travel as many as 31 miles round-trip. At times during the winter, it could take Weingard just short of three hours to get to work in the morning because of the snow and the wind. Yet, being blocked from using his preferred route into Manhattan has created new challenges.

These changes are necessary, said Richard Campisi, maintenance superintendent for the MTA.

“The work has to be done, and it would just be unsafe to keep the walkway open during construction,” Campisi said. “In order to keep the public safe, the walkway needs to be closed.”

Creating an additional lane, one potential solution Weingard had suggested to MTA in the past, wouldn’t work either, Campisi said. At the end of the day, safety remains top priority.

“It’s a major renovation,” he said, “so we just can’t accommodate anybody walking along the footpath. Safety is first with us.”

David Gellman, a member of Community Board 8’s traffic and transportation committee, disagrees.

“I’m not an engineer, but given that the roadway is going to be open the whole time, whatever they’re doing to protect cars should be sufficient to protect pedestrians,” Gellman said.

Commuters aren’t the only ones inconvenienced by the construction. Andrew Kramer, a real estate broker who sells properties in Riverdale, says one of the area’s bigger selling points is its easy access to Inwood Park via the Henry Hudson Bridge. Those looking to buy near the bridge often want to use the park to walk their dogs and bike.

“I see people on the bridge all the time, and I hope they can find a way to give the residents of Riverdale access that won’t involve waiting 30 minutes for a shuttle,” Kramer said.

Meanwhile, Ozzie Perez, owner of Tread Bike Shop on the Manhattan side of the bridge, said the construction could negatively impact his 20-year-old business.

“Waiting 30 minutes for a shuttle, loading the children on, and waiting for traffic to get down to Inwood Park would make it so complicated that folks would probably not do it at all,” Perez said.

But as Weingard sees it, the real concern here — beyond the daily inconvenience for commuters and pedestrians — is one of broader environmental implications.

“The whole point is to make bikes free to move around the city and save carbon footprints for our climate change issues,” Weingard said. “That’s what the whole thing is about. How are we supposed to do that?”