‘Cyrano’ is new, but not improved as a musical 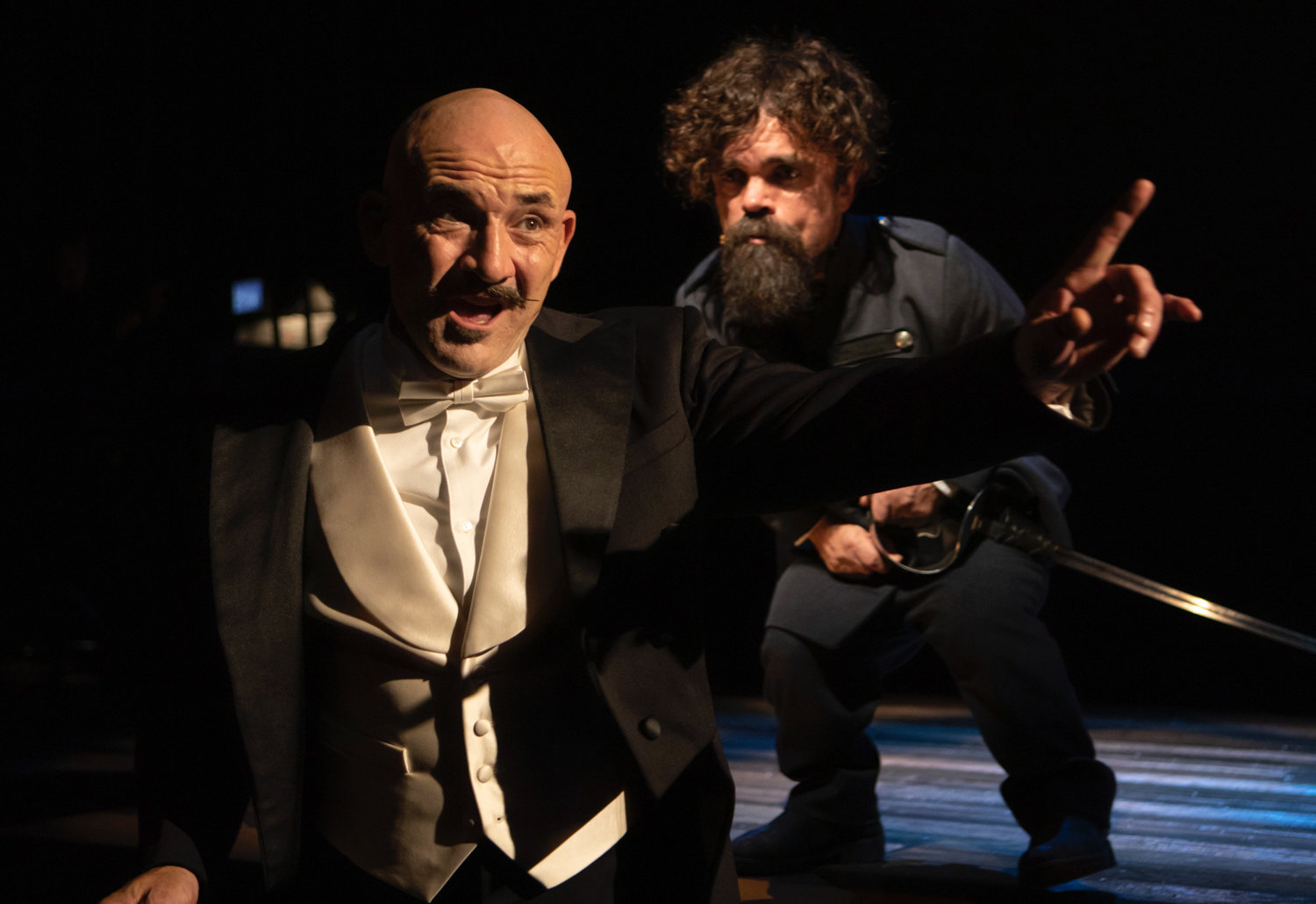 Adapting plays into musicals is nothing new. To tackle a classic, the adapter faces multiple challenges.

Just how do you like your lily gilded? Ideally, an adaptation should somehow enhance the original, and take us to a parallel, transcendent world.

A new musical version of “Cyrano de Bergerac” — Edmond Rostand’s 1897 play — ventures across these shoals in a New Group production at the Daryl Roth Theatre.

Let’s try a quiz. What do most people think of when they hear the word “Cyrano”? No peeking! The answers are below.

Erica Schmidt, the adapter and director here, risks a lot in her distillation by isolating focus to the romance angle and the toll of warfare, here against an unspecified foe. All is fair in both love and war, so it is said, but without Rostand’s depth — let alone his poetry and sparks of wit — this bland reduction offers dubious choices.

We have the same plot and themes of yearning and unrequited love linger. But they linger in the audience as well, unfulfilled.

The main problem is the need to retrofit a rewritten and condensed version of the original with the music, here a mixed bag of stop-and-sing, extended choral numbers, and the periodic intrusion of background instrumentation — a sound track. Keeping the cast of 11 busy in visual counterpoints to the love story, Schmidt adds an impressionistic layer where the ensemble loops through vivid ritualized routines.

That choice works beautifully late in the show, in a stately battle scene. By then, the format of hypnotic choreography is well established, and the music and moment fuse to underscore war’s passion and folly.

No matter the context, star power is not to be denied, and with Peter Dinklage in the title role, “Cyrano” retains a keen edge. He saves the day with his presence, voice, and earthy magnetism.

Jasmine Cephas Jones brings a convincing innocence to the role of his beloved Roxanne.

All sing well. Too bad the pivotal role of De Guiche is torpedoed by Ritchie Coster’s constant blustery tics.

A host of creative teams put this together. Godspeed Musicals staged a developmental production in 2018. Members of The National — a rock band from Cincinnati — wrote the music and lyrics. Jeff and Rick Kuperman choreographed, and Christine Jones and Amy Rubin designed the flexible wall of scenery.

Remember the quiz? What comes to mind when you think of “Cyrano”? Chances are you picture Jose Ferrer, some ostrich-plumed headgear, a grand nose, and swordplay. Right?