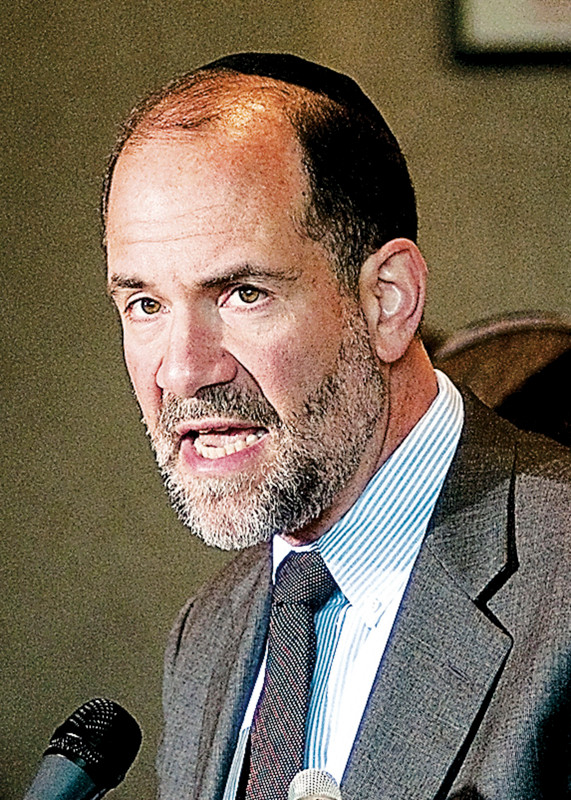 The Bronx District Attorney’s office says it did not learn of any criminal activity after speaking with 20 people about Rabbi Jonathan Rosenblatt, the longtime leader of the Riverdale Jewish Center (RJC) who came under fire for a years-long habit of bathing nude with boys at a sauna.

“We did not receive any first-hand information about conduct that constituted criminal activity, and any conduct was outside the statute of limitations of New York. We remain available to speak with members of the community who would like to share information with us, and to offer counseling and other services,” DA spokeswoman Patrice O’Shaughnessy said in a Tuesday email statement.

Details of the investigation, conducted by the DA’s Child Abuse/Sex Crimes Bureau, were not immediately known. The DA had asked anyone with information about possible criminal activity to come forward following a May New York Times article that said the rabbi habitually played racquetball with boys and led them nude into the sauna in the 1980s and 1990s, though there were no allegations of sexual touching or criminal conduct.

Last week, the president of RJC sent an email to congregants saying Rabbi Rosenblatt is "stepping aside from the Senior Rabbinate" of the synagogue.

It was not immediately clear what role, if any, Rabbi Rosenblatt would maintain at RJC. The Feb. 24 email from RJC President Dr. Samson Fine read in part:

"Rabbi Rosenblatt has today informed RJC's leadership that he intends to step aside from the Senior Rabbinate of the RJC. The Shul's Board of Trustees was informed at this evening's Board meeting and we anticipate discussing transition details with the Board in the next two weeks.”

Dr. Fine did not answer messages requesting comment. The rabbi directed an inquiry to lawyer Meyer Koplow. Asked whether it is possible the rabbi will continue in some capacity at RJC, Mr. Koplow said in a phone interview, "Yes, but that's something to be discussed with synagogue leadership. I think we're hoping to work things out within the next two weeks."