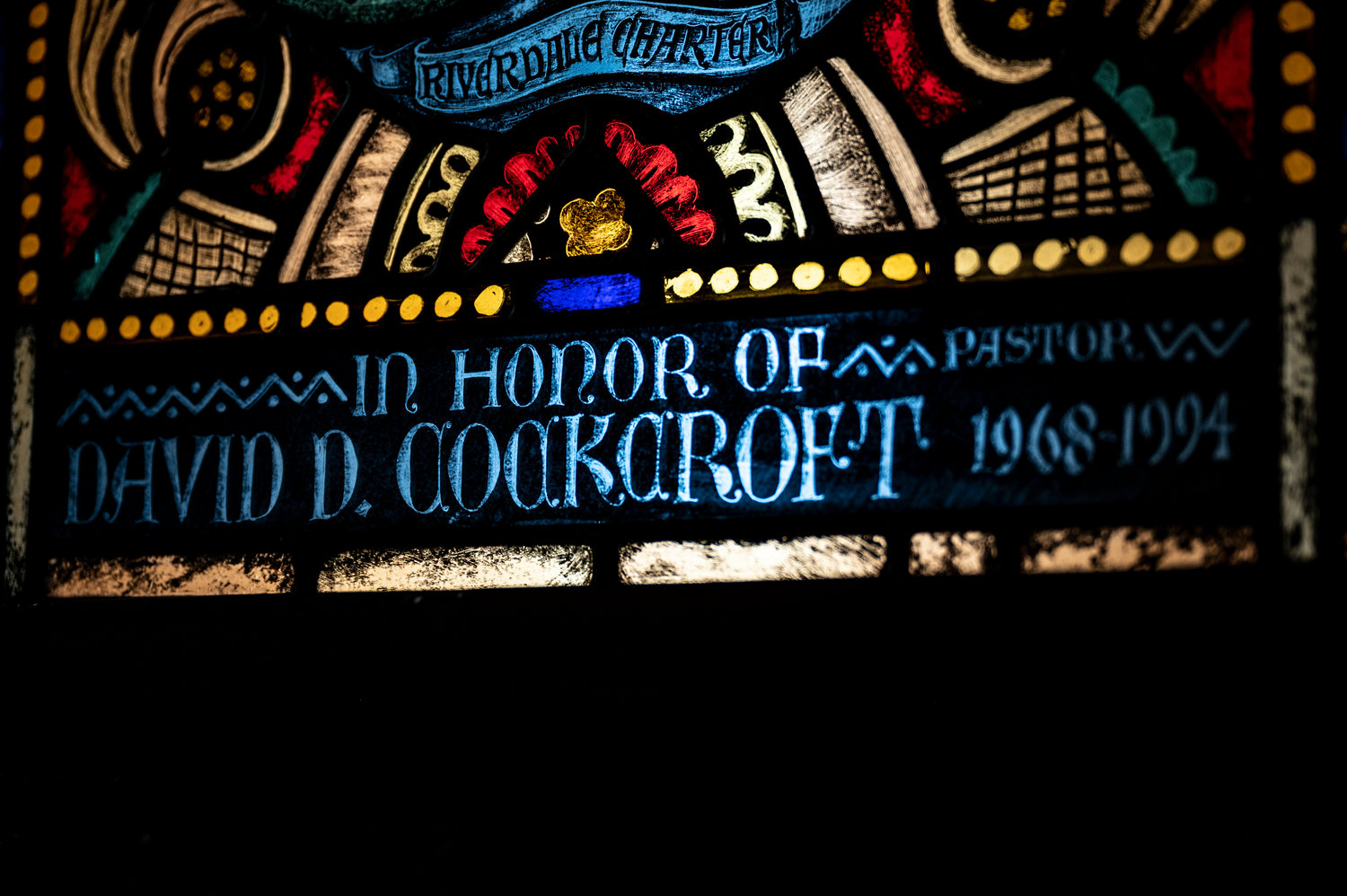 There are many stories told in stained-glass windows found in churches. But this particular one at Riverdale Presbyterian Church shares the event-filled ministry of the Rev. David Cockcroft, who served the spiritual needs of the congregation between 1968 and 1994. Cockcroft died June 3 at 89.
HIRAM ALEJANDRO DURÃN 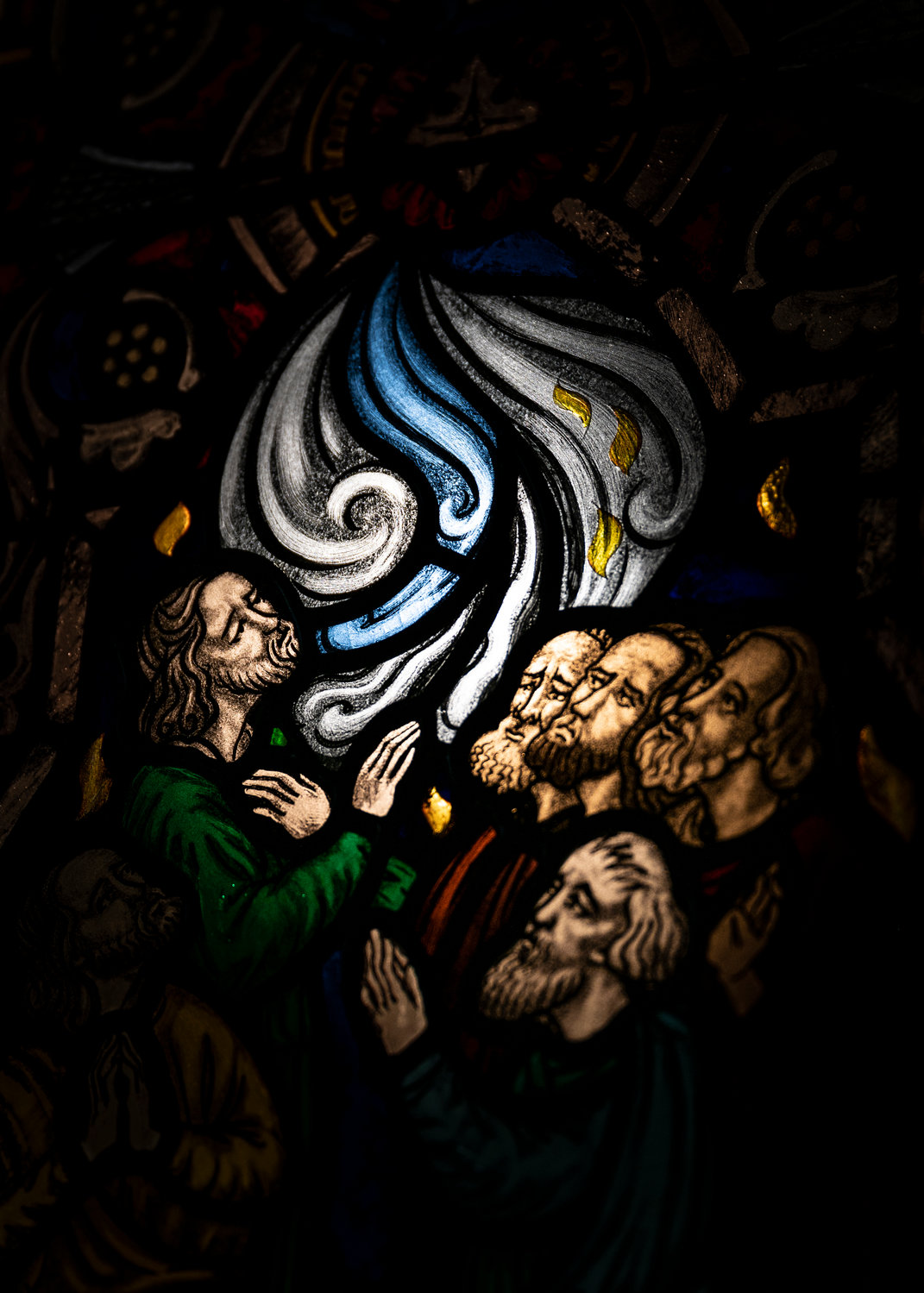 The 25-year spiritual leadership of the Rev. David Cockcroft was memorialized in a stained-glass window at Riverdale Presbyterian Church when he retired in 1994. Active in many causes — both inside the church and out — Cockcroft died June 3. He was 89.
HIRAM ALEJANDRO DURÃN 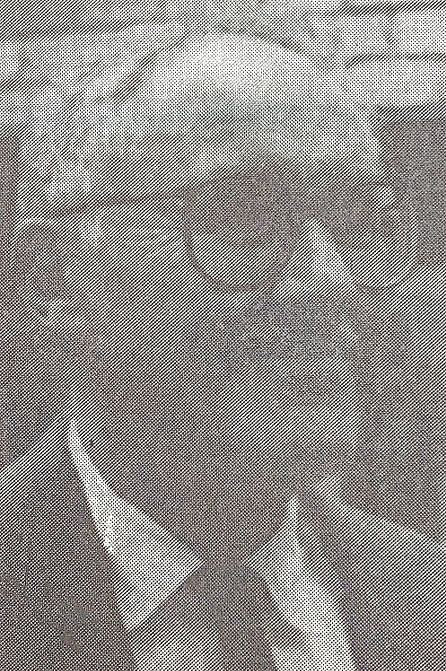 David Cockcroft never defined himself by his sexuality, but he lived and preached during a pivotal time in LGBTQ history. And helping those who struggled to even get acknowledgement from others while at the same time bringing them a step closer to God is exactly how so many with hearts Rev. Cockcroft touched remember him.

The longtime spiritual leader of Riverdale Presbyterian Church died June 3. And many gathered at his old Henry Hudson Parkway church — and online — last weekend to celebrate a life that helped shape a community when it needed him the most.

“As a single gay man and Presbyterian pastor, there were too many decades neither church nor culture had welcomed his sexual orientation,” said longtime friend, the Rev. Robert Foltz-Morrison, during Saturday’s service. “He might sometimes appear humble or shy, or even quirky. But when David had a voice on something that was important to him, you knew about it.”

One of those very important issues was AIDS. He was midway through his 25-year stint at Riverdale Presbyterian when what was originally dubbed as the “gay cancer” started spreading through homosexual communities here in New York City as well as California. Many outside the gay community feared it would spread to them or their loved ones, and homophobia poised to take a permanent and prominent place in society.

But that never slowed Rev. Cockcroft. He volunteered with organizations like the AIDS Resource Center — changing its name to Bailey House in the mid-1990s — which provided health care and housing for those infected with HIV. It was a cause he stayed active in until his health made it near impossible in later years.

And Cockcroft had other interests as well, especially those with a social cause. When he retired from Riverdale Presbyterian in 1994, he was still wincing from losing a battle with his congregation over using the church to house the homeless.

“He was very disappointed about that,” Rabbi Stephen Franklin from Riverdale Temple told The Riverdale Press at the time. “I think it hit him pretty hard.”

Cockcroft was never one to hide his feelings about important causes — openly expressing that he was pro-choice and against school prayer. And he sometimes found taking pictures as a way to escape a lot of that turmoil.

“That’s why I like photography,” Cockcroft told The Press in the early 1990s. “When I get fed up with people, I can go into the dark room and get results in two minutes.”

From the time he took over the pulpit in 1968, Rev. Cockcroft always ensured anyone wanting to walk through the doors of the James Renwick Jr.-designed church were welcome. By the time he retired, the congregation boasted more than 70 Black members, 17 Hispanic members, and more than a dozen Asian-Americans among a congregation of nearly 300.

One of those people who felt welcomed was John Davis, who told reporter Jason Chervokas he started attending the church soon after Cockcroft began leading services.

“Being Black, 30 years ago when we got up here, it was unfamiliar to us,” Davis said in 1993. Cockcroft said, “’The door is open. Come meet people.’ It was total acceptance.”

David Denison Cockcroft was born Aug. 30, 1931, in Norwich, England, according to a published obituary. He moved with his family to Rochester when he was still a toddler.

He graduated from Princeton University in 1953 around the same time he became an American citizen. He finished Union Theological Seminary in Manhattan’s Morningside Heights in 1956, earning ordination as a Presbyterian minister that same year.

His first congregation was with a church in Ridgewood, New Jersey, before finding his way to University Heights in 1959.

In his later years, Cockcroft would spend summers on Martha’s Vineyard, where he would enjoy watching birds, and continue his photography work.

“He showed interest in more than just asking me about (wife) Leslie and my two sons,” Foltz-Morrison remembers. “He enjoyed holding my infant son, and showing the other son how to bait a line at the harbor when my family visited his summer home on Martha’s Vineyard. And even after I left to take a calling in Minnesota, David came to visit our family on a trip that he made there.”

And Cockcroft was never one to turn down a single-malt scotch, Granberg said, bringing a bottle into the sanctuary with hopes of sharing it with the late pastor’s friends and family during a repast afterward.

“The Holy Spirit in David’s life was real, and moved, and was present with him and with others,” Granberg told those attending the memorial. “So it’s not surprising also that maybe we might say David liked spirits. We will have this at the reception today in honor of David so we may offer a toast to the spirit of David that still lives in — and through — us, that is connected to God through the Holy Spirit. As we continue here to love and serve.