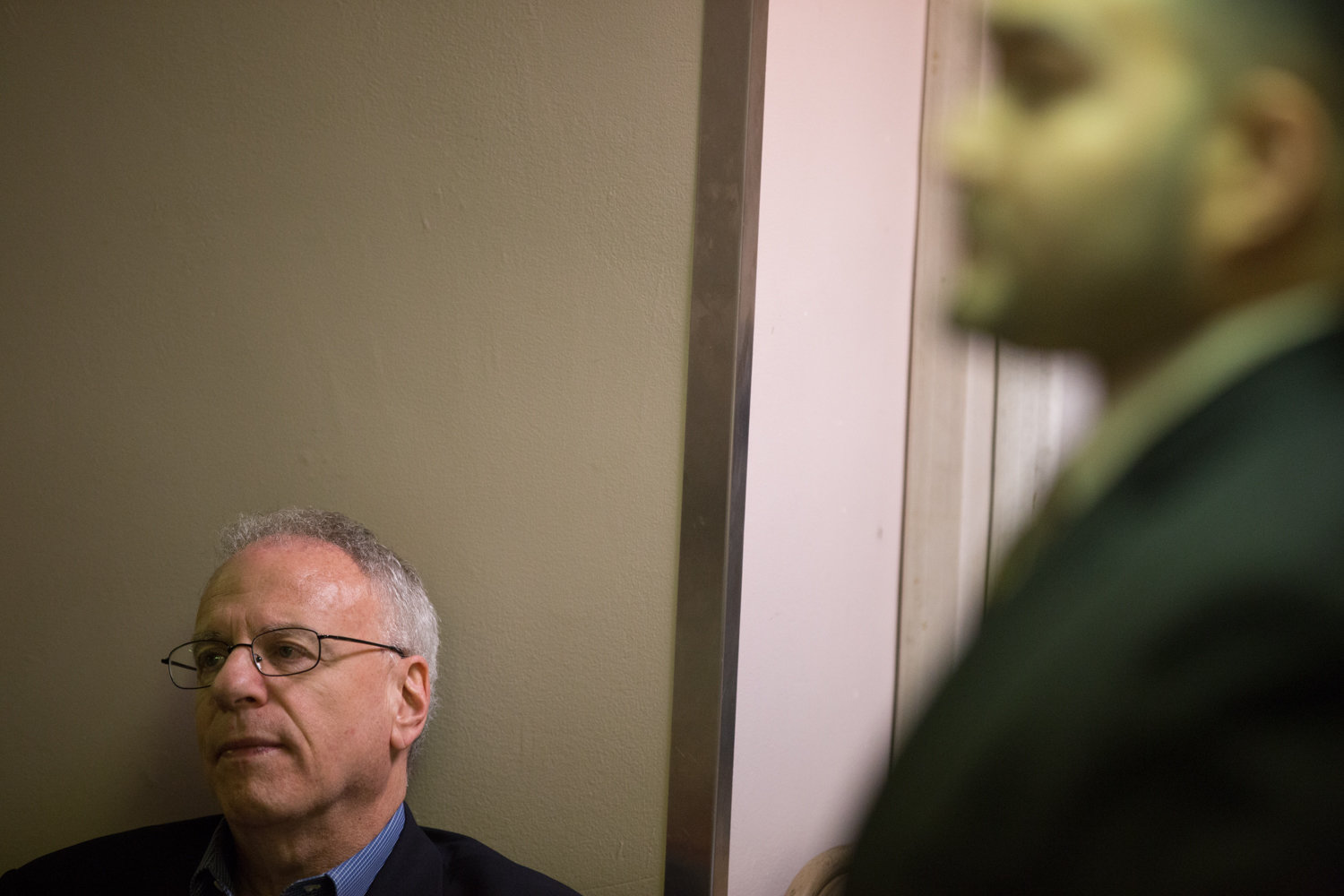 In any political race, there are winners and losers. That’s true even within a group of people who share the same ideology.

The Benjamin Franklin Reform Democratic Club met Nov. 20 at Tibbett Towers on Irwin Avenue. On the agenda? Choosing which Democrats the club would support in the June primaries.

Traditionally, such a vote would be held in the spring. But the club’s executive committee decided earlier this month it would move up those votes for seats currently held by Assemblyman Jeffrey Dinowitz, state Sen. Alessandra Biaggi, as well as political positions like district leaders, the state Democratic committee, and delegates to the Bronx Democratic County Committee.

Some club members said they had only a few days’ notice of the meeting. Yet it still attracted a crowd that filled the community room to the brim. But not everyone was happy about the date changes.

“There also was only one week notice for this meeting, giving people no opportunity to put their names forward as recognized candidates,” Dodell said. “And there appears to be no outreach to potential candidates or any other positions.”

George Diaz Jr., who is running against Dinowitz in the 81st Assembly District, pointed out only one state senator was even being considered — Biaggi — when the Ben Franklin Club’s geographic region is a little more expansive than that.

Heller, however, hinted there could be future endorsement meetings for seats on the geographic fringes of the club’s coverage area.

The protests fell on deaf ears, and Heller moved forward with the endorsements. Candidates were each given five minutes to deliver a stump and another five minutes to answer questions.

Diaz told club members he was raised by a single mother who worked hard to feed and house her family. He then launched into a detailed account of bad jobs he worked throughout his life before ending up in the office of Councilman Oliver Koppell, helping constituents fight unjust traffic tickets and fielding transportation gripes.

Dinowitz responded by sharing he, too, was raised by a single mom and lived in public housing. He worked a few jobs after earning his law degree, including administrative law judge, before being elected to the Assembly in 1994.

He touted the glut of bills passed in the Assembly this year that in the past died in the Republican-controlled senate. With a new Democratic majority, the legislature passed laws addressing child abuse victims, tenant rights, strong environmental protection and gun reform.

“This year, finally, we were able to get it all together,” Dinowitz said. “We had a senate that was in sync with us and the governor.”

But Dodell pointed out that during the 2018 primary, Dinowitz seemed perfectly happy to leave Republicans in charge of the upper chamber thanks to a now former state senator.

“Jeff, you spoke very proudly of all the legislation that went through in this past session,” she said. “But as you know, that would not have been possible if not for the change in the state senate. Could you talk about why you endorsed Jeffrey Klein?”

“I’ve endorsed every single incumbent state senator that represented part of my district,” Dinowitz replied, with only one exception — Pedro Espada Jr., who left office in 2011 after his conviction on federal embezzlement charges.

Meanwhile, a vocal group of protesters standing outside Tibbett Towers were shouting denouncements of Dinowitz for introducing a bill earlier this year eliminating vaccine exemptions on religious grounds. Their chants were audible, even in the crowded room.

Once Dinowitz answered questions, he stepped aside for two other people seeking Ben Franklin Club endorsements directly connected to him. His son, Eric Dinowitz, and his chief of staff Randi Martos looked to get the club’s backing for yet another term as district leaders.

Although running unopposed, the younger Dinowitz — who also is vying to replace Councilman Andrew Cohen in 2021 — took the opportunity to deliver a stump speech of his own.

A district leader since 2014, Dinowitz told club members he mobilized volunteers to collect signatures, work phone banks, and campaign for local, state and national candidates. He helped expand the district’s reach by collaborating with other Assembly districts, bringing attention to accessibility issues at the polls, as well as the overall needs of the senior citizen population.

“Whether it’s big races across the country, Democratic values, or local voting issues,” Dinowitz said, “I feel as though as Democratic district leader, I’ve represented all those areas and advocated for all those things very well.”

Afterward, David Knapp asked Dinowitz how he felt about being the Assemblyman’s son, at the center of politics in his father’s district, and running for city council.

“I wanted to give you an opportunity to … talk about some of the criticism that you might get from people in the community,” Knapp said, “because it’s seen as a nepotistic kind of thing.”

“I know it’s a concern of yours,” Dinowitz said, “but I’m independent from my father. We are able to have different decisions and different conversations about the same topic.”

Martos, seemingly frazzled from being yelled at by protesters on her way into the building, talked about the years she’s spent helping community members as the elder Dinowitz’s employee. As female district leader, she’s worked on campaigns and addressed community issues such as school overcrowding.

After speeches by incumbent state committee members Bill Weitz and Helen Morik, Biaggi arrived, a little late, from a town hall she participated in earlier. A year ago, Biaggi competed with Klein for the club’s endorsement. Klein won the club’s approval, but Biaggi ultimately got elected.

“The exciting part of being here right now is that last year was a little bit different,” she said, to guffaws from the audience. “We can like, maybe, you know, cut the tension away?”

She thanked those who volunteered to help with her 2018 election. The politically active people in the northwest Bronx have been great to work with, Biaggi said, and she would love to have the Ben Franklin Club’s endorsement for the position she’ll hold for yet another year.

The things she has seen since taking office are “scary,” Biaggi said, but motivating. It would be easy to call all politics in Albany corrupt, but she said she feels that by “shining a light” on corruption, she’s brought people together to find solutions.

When her five minutes were up, the elder Dinowitz stood up to declare that he, Biaggi and U.S. Rep. Eliot Engel cross-endorsed each other for their respective races. The three had previously announced this the week before during a regular brunch gathering the club hosted in a Fieldston home.

“I can tell you, as the senator just said, we have gotten so much accomplished together in Albany this year,” Dinowitz said. “And it’s what I always said, we work as a team.”

Biaggi added that this year was particularly important for elected officials to work together.

“That does not mean that I agree — or like — everybody that I work with or have to sit next to,” Biaggi said. “That’s not what that means. It means I see that there’s a bigger thing at risk here, and that is our democracy.”

After tallying votes in the only contested primary being considered, Jeffrey Dinowitz beat George Diaz Jr., for the club’s endorsement in the Assembly race by an 86-7 vote.