Destroying walls to find the treasure inside 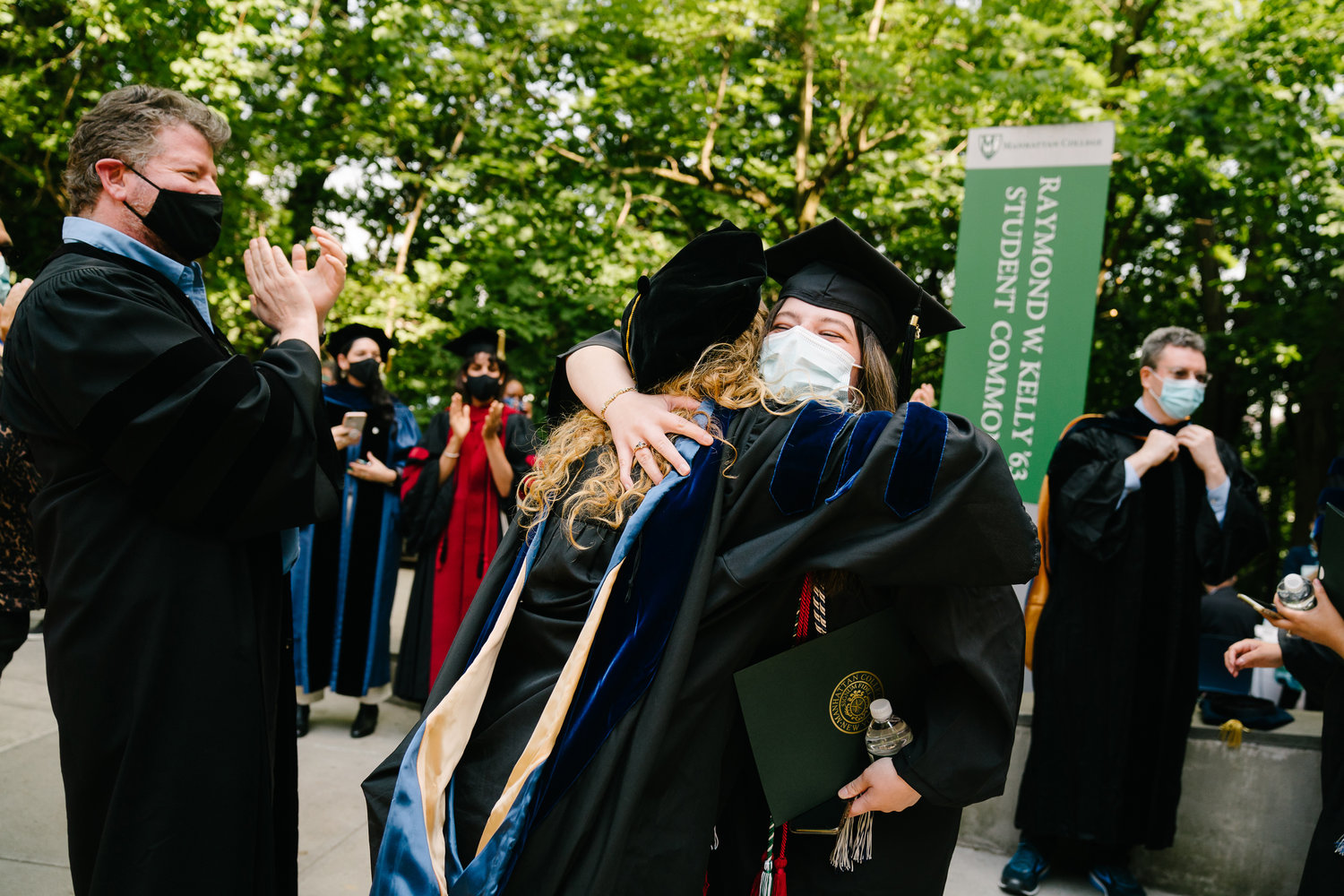 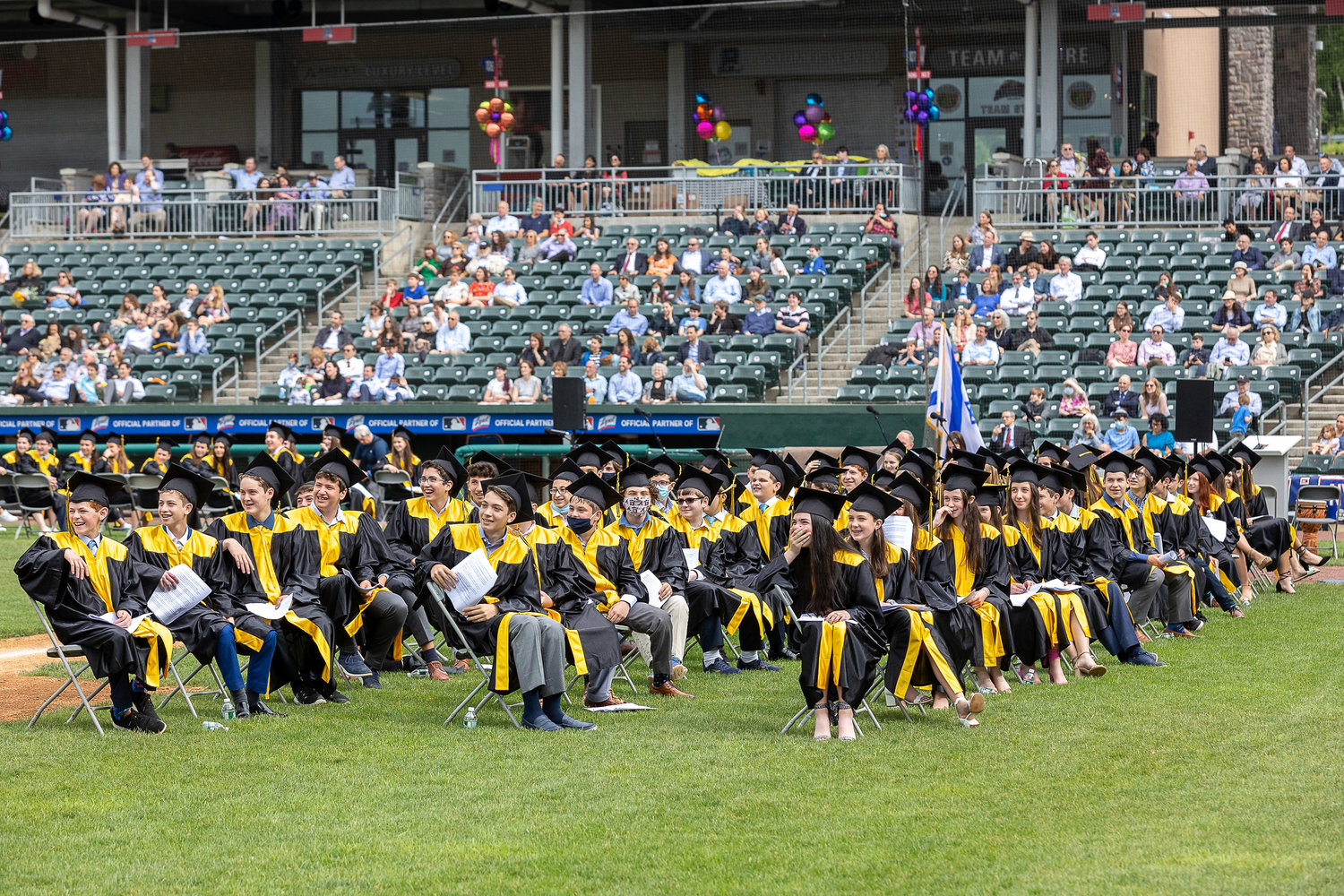 SAR High School celebrated an in-person graduation ceremony for its Class of 2021 June 14. Among the near-130 graduates, 85 percent of them will spend a gap year in Israel.
Courtesy of SAR Academy/ Marco Cantini
Previous Next
By ROSE BRENNAN

Often, when a student writes something, very few eyes — or ears — experience the finished product. The student, of course, will. The teacher, too. And maybe another peer or a parent to give it a good read before the final draft is turned in.

But toward the end of an academic year, a few lucky members from graduating classes have the opportunity to address their fellow class members. And unlike a run-of-the-mill term paper, this time, those student words will be heard by many, many others.

That was the responsibility that, this year, fell both to Charles Eden and Jeremy Capuder. And while delivering remarks at graduation might be a daunting task to begin with, it perhaps seemed all the more challenging to do it this time around.

Of course, that’s because the 2020-21 academic year was the first to take place entirely during the coronavirus pandemic.

Both Eden and Capuder were juniors at their schools — SAR High School and Manhattan College, respectively — when COVID-19 hit their communities, not to mention the rest of the country.

SAR was among one of the first in the country to close its doors on March 3, 2020. And Manhattan College followed suit about a week later. And before long, both Eden and Capuder were finishing their junior years at home.

“During the first few months, we were scared, lonely and anxious,” Eden said in his graduation remarks. “And in this time of vulnerability, we did what we were told to do. But thankfully, SAR paved us a creative path back to some level of normalcy.”

The senior years of both Eden and Capuder were a bit different, entailing at least some amount of in-person learning. But it was still not the same as it was before the world changed in 2020.

And then, of course, there was the responsibility of addressing their graduating class, members of whom had more or less experienced the same thing as the eventual speakers. And like the aforementioned academic year, both Eden and Capuder were selected to speak in somewhat non-conventional ways.

Usually, when student speakers are selected for graduation or other end-of-year ceremonies, it’s a responsibility that falls upon the first- and second-highest ranking students in the graduating class — the valedictorian and salutatorian.

But Eden found himself standing at a podium at SAR’s graduation because of his classmates, rather than his GPA.

That’s because at SAR, the outgoing class itself voted for its graduation speakers. And this year, that choice was Eden as well as classmate Ella Osen.

Capuder’s selection was a bit different. Unlike Eden, the civil engineering major did actually have the title of valedictorian. But earning it also was quite unique.

At Manhattan College, all students with GPAs above a certain threshold are automatically eligible to compete for the college’s valedictory medal. If a student accepts their nomination, they must write a speech and deliver it to a panel of judges, who then select the student whose speech resonates most with them.

And this year, that responsibility fell to Capuder, who says he was honored just to be nominated let alone actually have the opportunity to speak at graduation.

“I knew that I wanted to get the position, but at the same time, I also know I was just going to feel content knowing that I wrote something that reflected my experiences and something I truly believed,” Capuder said.

Figuring out what exactly to write wasn’t simple, Capuder said, knowing how important this speech was. But as he jotted down notes and consulted with family and friends, Capuder found inspiration in a seemingly unlikely place: His hobby of origami.

To Capuder, origami is a representation of life. Every experience, every class, everything a person does throughout their life represents every fold of a piece of paper.

“Throughout life, we keep on enhancing ourselves,” Capuder said. “We keep on making ourselves into a work of art, essentially. And with origami, each individual fold may not seem like much. But as you keep going, you keep adding detail. You keep folding. You keep enhancing it.”

Any COVID-era speech would likely mention the immediate realities of the public health crisis many are still living through. But luckily for Capuder, even a pandemic could find its way into his extended origami metaphor.

“Sometimes you’re doing origami and you make a wrong fold,” Capuder said. “I’ve had times where I’ve stopped halfway through a piece, and then I do something but I accidentally crush it, and I try to salvage my piece of origami. And that’s like the hardships of life and how you work through those.”

Eden found inspiration not from a Japanese paper-folding technique, but in the Torah. He spoke of how the Canaanites often hid treasure within the walls of their homes — homes which were eventually occupied by the Israelites. And when those homes were afflicted by tza’arat — a physical manifestation of a spiritual illness — the Israelites would tear the homes down.

It was in the rubble the Israelites found the treasure. And, according to Eden, that’s not unlike what happened to him and his classmates during the pandemic.

When SAR’s Class of 2021 first gathered, he said, the invisible walls between them were broken down as everyone got to know each other. But those walls reforged as the classmates were separated in the earliest days of the pandemic, meaning they needed to be torn down anew.

“Finding a treasure doesn’t negate the trauma of seeing your home taken apart, but it is most definitely a silver lining in an otherwise dark time,” Eden said. “And following our return to in-person learning, the Class of 2021 once again demolished its walls.

“And what did we do? We discovered treasure.”