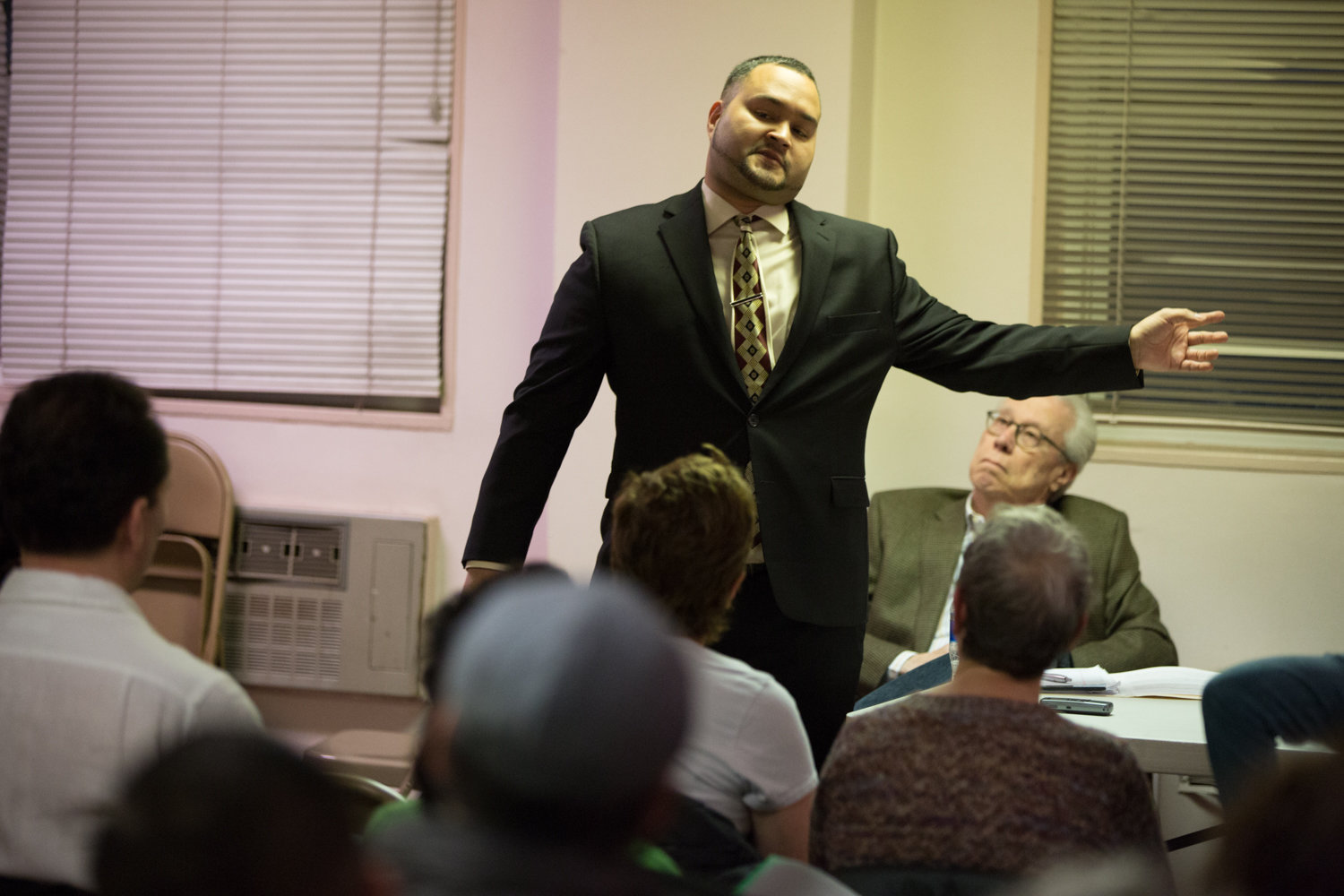 According to George Diaz Jr., he feels it’s time to make a change on who represents his community in the Assembly, mounting a campaign against longtime Assemblyman Jeffrey Dinowitz. Among the changes Diaz wants to see is a redrawing of the 81st Assembly District that no longer splits communities like Norwood.
JULIUS CONSTANTINE MOTAL / File 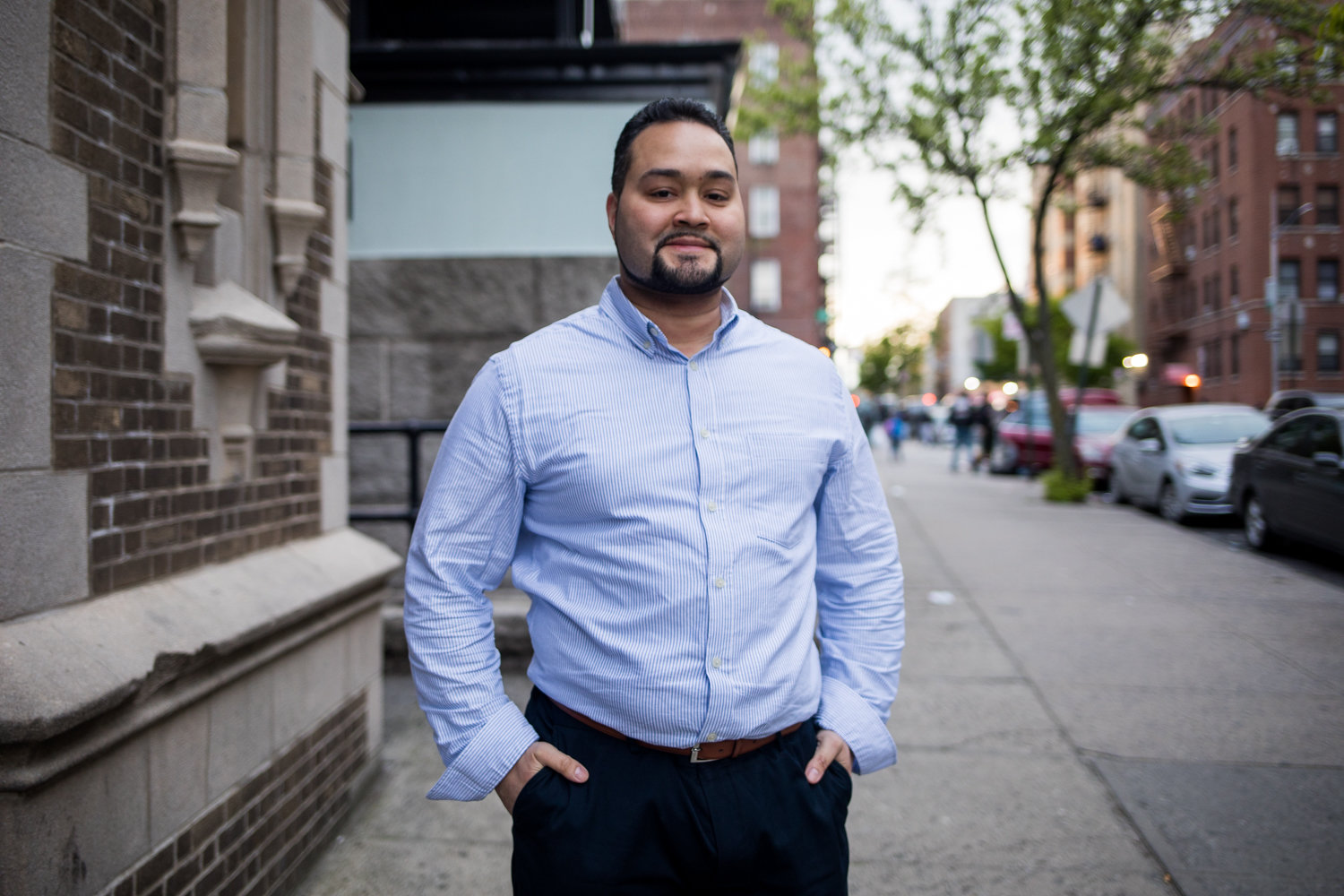 George Diaz Jr., in his campaign against Assemblyman Jeffrey Dinowitz, hopes to make his progressive platform a reality. In the meantime, he has the unique distinction of being Dinowitz’s first-ever primary challenger.
JULIUS CONSTANTINE MOTAL / File 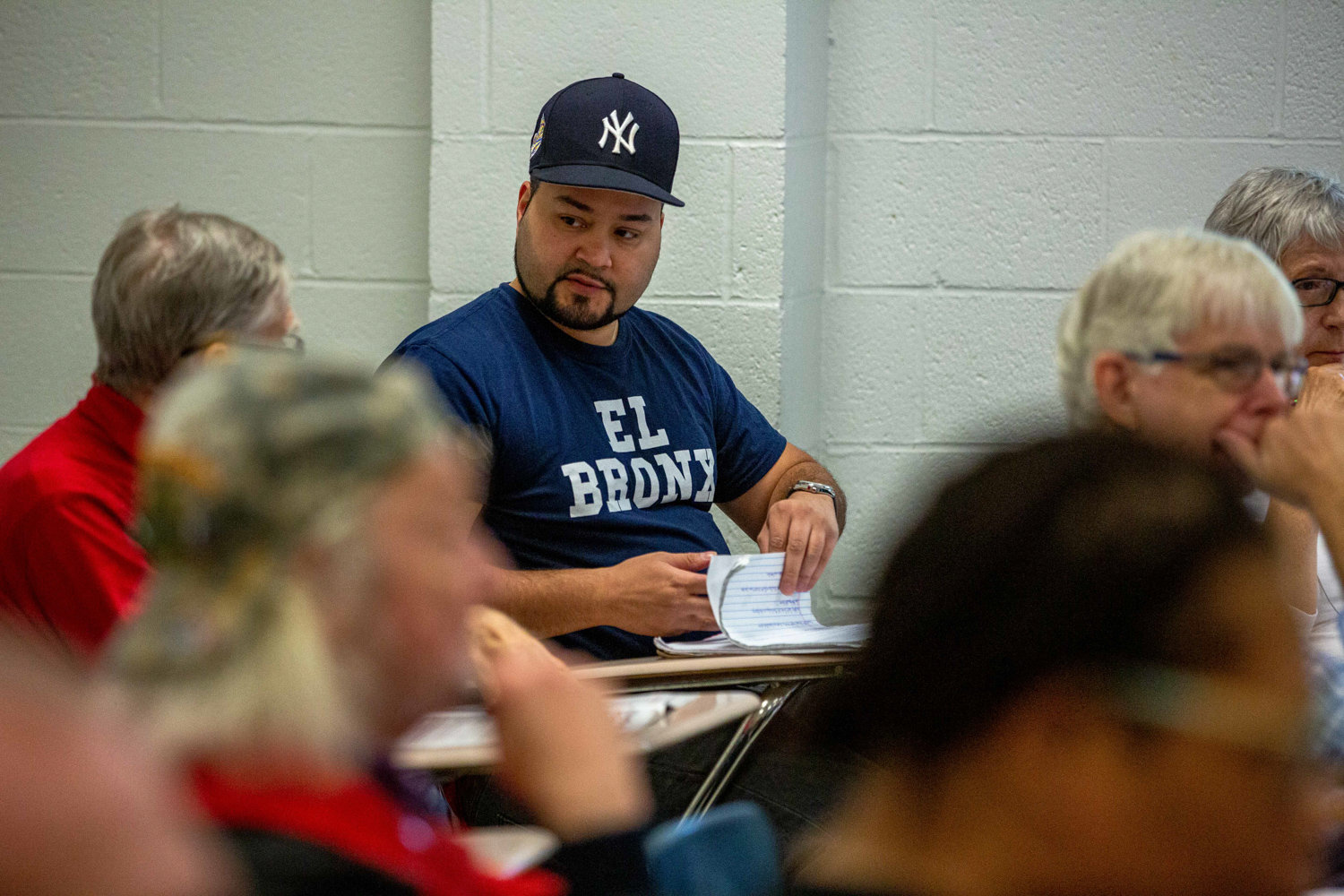 George Diaz Jr., a Norwood resident and member of Bronx Progressives, has made it a point to attend as many community events as possible as part of his campaign to unseat Assemblyman Jeffrey Dinowitz.
EIAN KANTOR / File 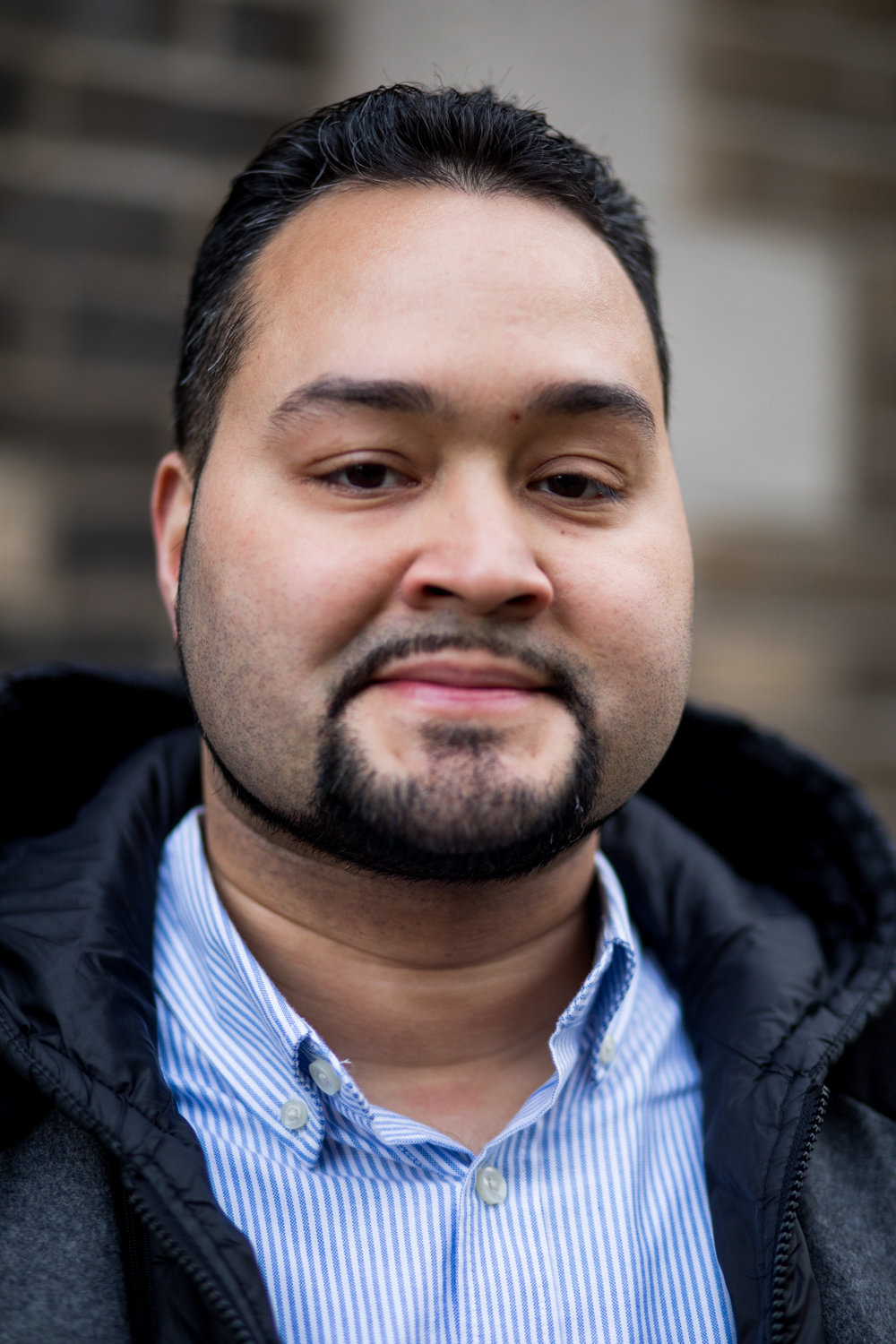 Change could be coming to the 81st Assembly District, at least according to Norwood resident George Diaz Jr., who has a mounted a campaign against the incumbent, Assemblyman Jeffrey Dinowitz.
JULIUS CONSTANTINE MOTAL / File
Previous Next
DECISION 2020: George Diaz Jr.

PRIMARY ISSUE: ‘Many of the local officials and representatives that represent us over the years are very comfortable dealing with certain issues, and certain groups of people, but don’t really address the needs of the entire community.’

Like many young progressives, George Diaz Jr. has none other than Donald Trump to thank for spurring him to run for office.

“More specifically, I can go into what happened two years ago with the victories of AOC and Alessandra Biaggi,” Diaz said, referring to U.S Rep. Alexandria Ocasio-Cortez, and the current state senator. “In fact, I was helping. I was one of her volunteers in the last few weeks of her campaign, Alessandra Biaggi.”

Before then, Diaz was politically involved in the northwest Bronx, working with former Councilman Oliver Koppell. He’s also worked with the NAACP, planning and attending various events and marches, as well as volunteer organizations like God’s Love We Deliver, bringing meals to those who are homebound.

Diaz wants to focus more on issues facing women and people of color in the city — two things he says don’t get quite enough attention in his part of the Bronx.

“We have people that are basically abused by their landlords — whether it’s verbally abused, or it’s intimidation, to threaten — to where landlords threaten to call immigration services on tenants who may have immigration issues,” Diaz said. “And it primarily affects women, especially women of color. If it’s a woman with a child, or she’s disabled, or older, it’s even more so.”

While some areas of the district, like Riverdale, are wealthier, Diaz says some of the poorer parts — especially on the other side of the Jerome Park Reservoir — tend to get overlooked.

Paying attention to every part of the district is integral to Diaz’s campaign platform. He’s spent most of his life in the area, and feels that neighborhoods like Norwood are neglected. Since he’s been working from home during the coronavirus pandemic, Diaz claims there have been multiple shootings on the block. While police have responded quickly, he wants to see real change enacted to keep people safe, stopping the cycle of being in and out of jail.

“We are not even addressing the issue that there are people who are in jail who shouldn’t be in jail,” Diaz said. “They should be in some sort of place where they are getting medical or psychological treatments for issues that they have. The state, the state is more interested in locking people up than addressing those issues.”

“If we spent just as much money for students as we spent for people in prison, the number of people in prison would dramatically drop,” he said. “You would start to see that difference in five, and especially 10 or 15 years.”

On the education side, Diaz wants to spend money making class sizes smaller, and ensuring arts education is an integral part of public school curriculums., He wants well-funded programs to be accessible to students all over the city, which could be a solid alternative for parents who might otherwise send their kids across the city for a good music program.

One of the big projects Diaz would like to launch is a “public integrity bureau,” he said, which would investigate corruption in other areas of government. The agency would be a separate body from the legislative branch to prevent any lawmakers from interfering in investigations. While New York City has a public advocate, who operates in the interests of the people, Diaz believes the power in that position is too limited.

It’s not just powerful employees who would be investigated, Diaz said, but any public employee, including police officers — an important role amid ongoing police brutality protests in the wake of the police-involved death of George Floyd in Minneapolis.

The Assembly district Diaz wants to represent is only going to get more diverse, he said, especially when it comes to age, ethnicity, and even political ideas. He feels that he’s the right person to represent the changing needs of constituents as years pass.

“The district is changing,” Diaz said. “You need to ask if elected officials are going to be the ones in 10 years from now, if they truly want to represent our district. If you’re not going to represent every person, get out of the way.”