Dinowitz is still a ‘no’ on congestion pricing 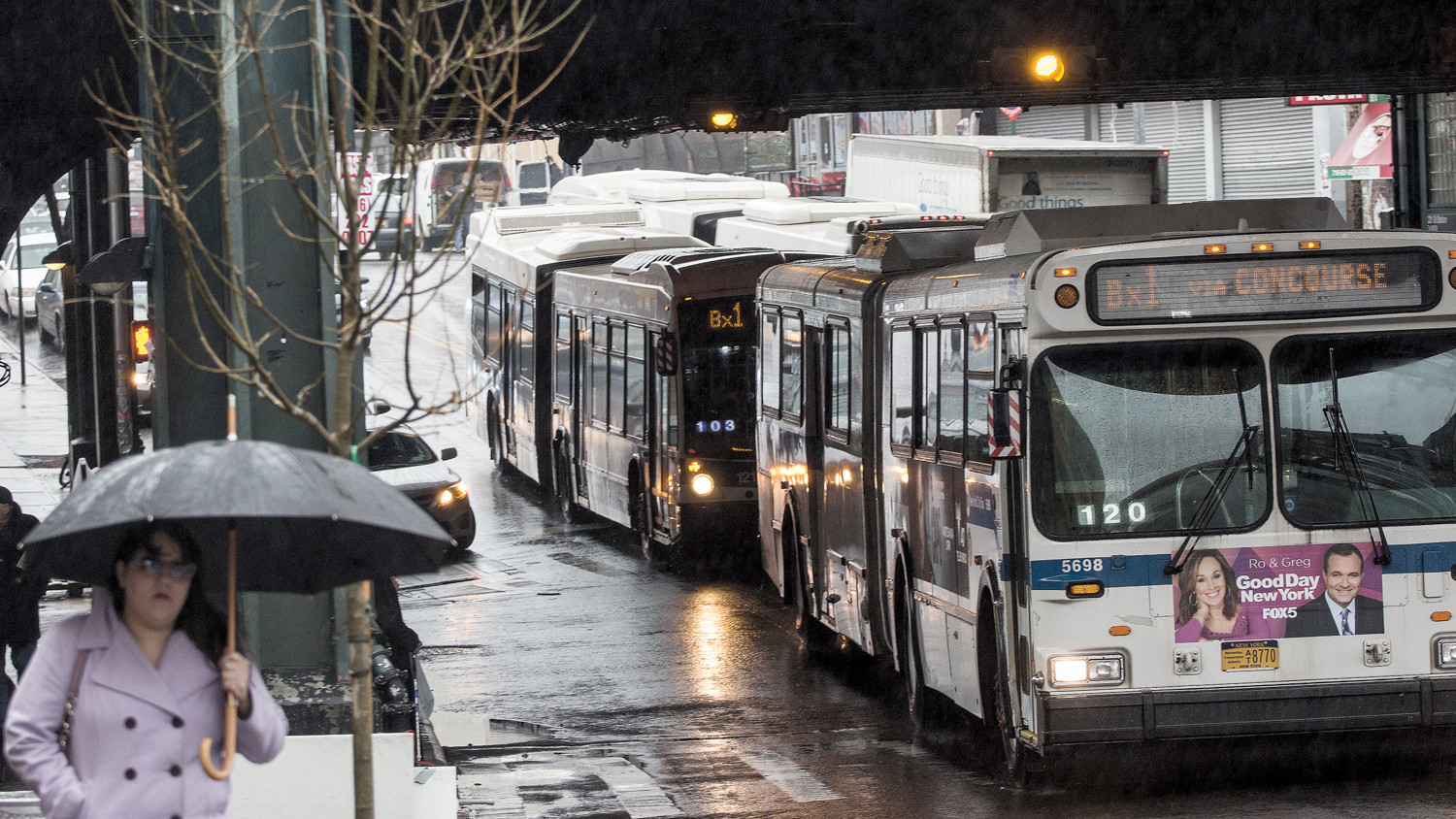 Two buses wait to cross Broadway and pick up passengers at West 231st Street last year. Bus bunching — more than one bus arriving at one stop at about the same time — is a major issue with transit service throughout the city. Gov. Andrew Cuomo’s 15-member Fix NYC panel released a congestion-pricing plan that would provide more than $800 million in funding for repairs to the city’s subway system.
AARON MAYORGA / File 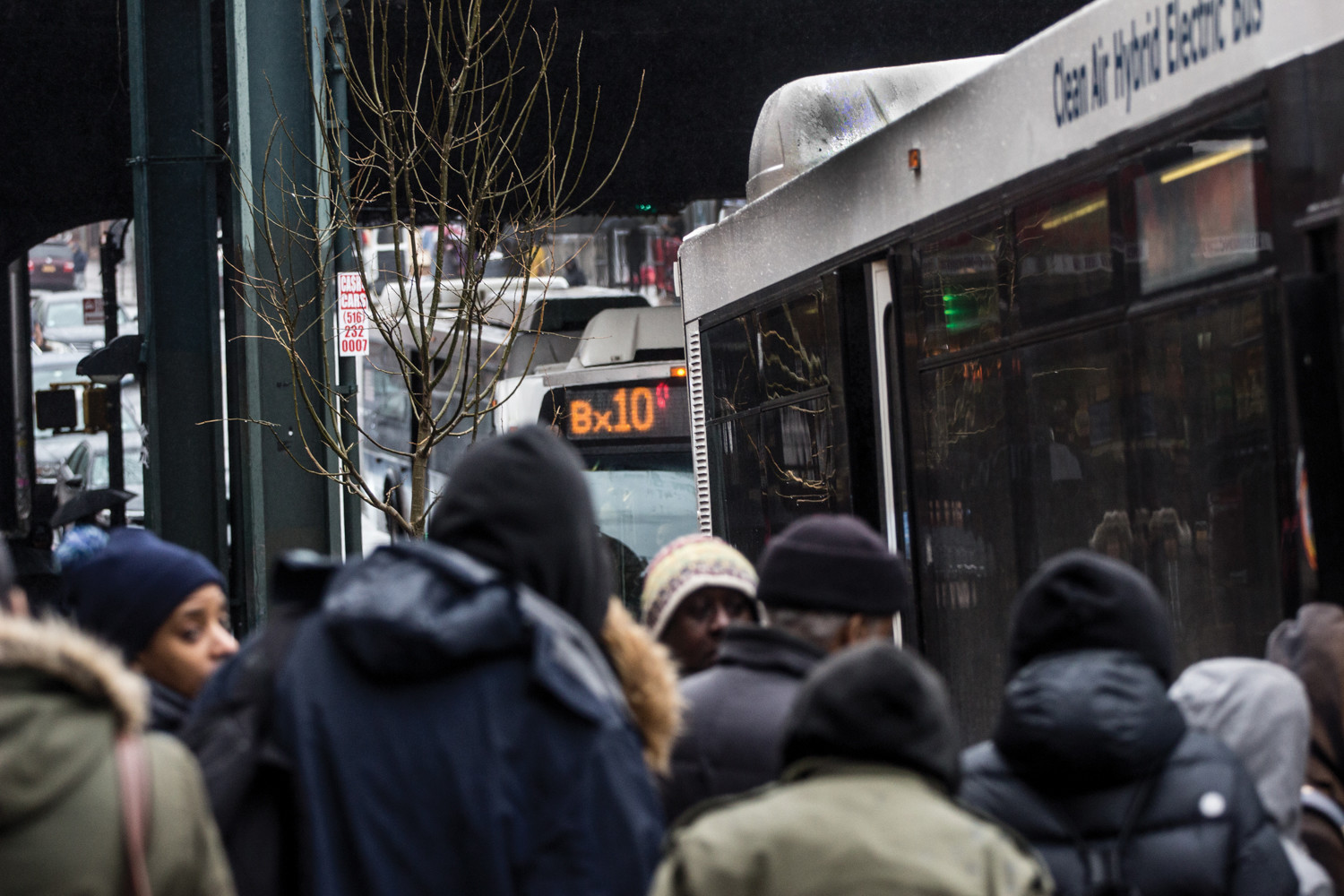 Riders press together to get onto a Bx7 bus as a Bx10 arrives at West 231st Street and Broadway last year. Gov. Andrew Cuomo’s Fix NYC advisory panel released a congestion pricing plan that would affect more than 5 percent of residents in Riverdale and Kingsbridge.
AARON MAYORGA / File 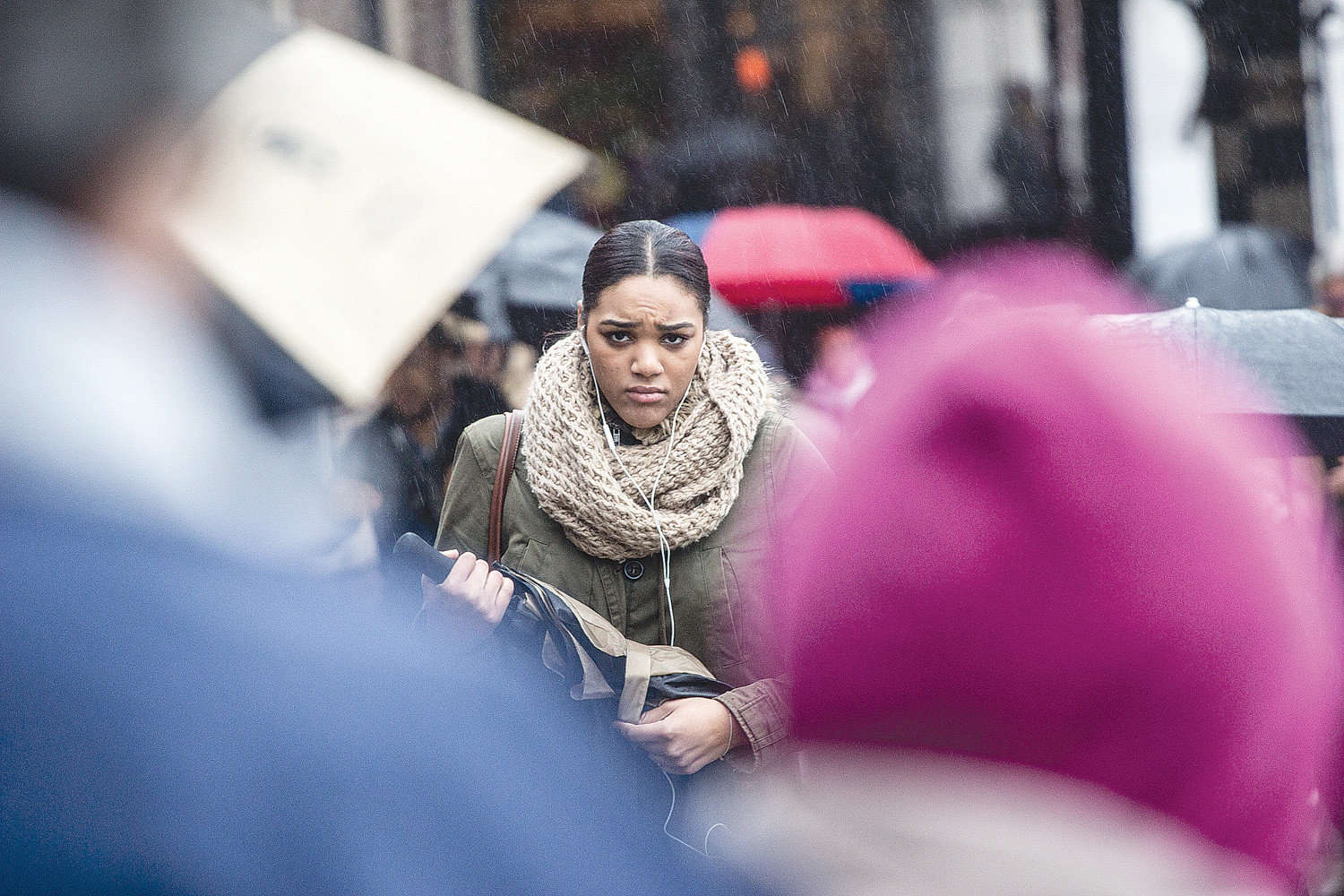 A woman walks on a crowded sidewalk last year where sometimes as many as 30 straphangers wait for buses. Gov. Andrew Cuomo’s Fix NYC panel released a congestion pricing plan that calls for drivers entering Manhattan south of 60th Street to pay an $11.52 toll.
AARON MAYORGA / File
Previous Next
By AARON MAYORGA

The proposal suggests charging drivers $11.52 for entering the city with their vehicle anywhere in Manhattan south of 60th Street, in what Cuomo’s panel has identified as the “central business district.”

Fix NYC claims the charge would raise $810 million each year for the beleaguered Metropolitan Transportation Authority, which unveiled an $836 million action plan to address the subway’s deteriorating infrastructure last July. In addition to the reported financial benefits, Fix NYC claims its plan would reduce traffic by 13 percent in lower Manhattan.

But that still isn’t enough to convince Assemblyman Jeffrey Dinowitz to throw his support behind the governor’s plan. And this isn’t new territory for the lawmaker — Dinowitz has opposed congestion pricing since former mayor Michael Bloomberg’s similar proposal failed to get a vote in the chamber a decade ago.

“To charge so much money to a small group of people, who are really going to be the fall guys here, seems very inequitable,” Dinowitz said. “This is just not the way we should be doing this.”

Earlier this month, the nonprofit Tri-State Transportation Campaign released their analysis of the Fix NYC plan. Using data from the U.S. Census Bureau, the campaign found that more than 5 percent of Dinowitz’s constituents would have to pay the Manhattan fare as part of their workday commute.

That would economically burden a small slice of residents who drive to their jobs in the central business district, Dinowitz said. While proponents of the fare says it targets the rich, the Assemblyman points out that, at least according to the transportation campaign study, the median income for car owners in Riverdale is $51,616 —far from representing the rich.

Instead of congestion pricing, Dinowitz proposes earmarking 2 percent of the state’s income tax revenue toward mass transit. If that’s not enough, he’s even proposed reinstating the unpopular commuter tax, which took less than half of 1 percent from an individual’s income if they traveled into the city, but lived outside it. The commuter tax was repealed in 1999, and it’s doubtful it will ever be reinstated as long as lawmakers who represent districts outside of New York City retain influence over such a move.

Dinowitz also suggests imposing a multi-million dollar annual congestion fee on ride-hailing companies such as Uber and Lyft. Under the Fix NYC proposal, riders — not the ride-hailing juggernauts themselves — would pay a surcharge between $2 and $5 for trips into the central business district.

“The people being targeted are not rich corporations like Uber that’s causing all this congestion,” Dinowitz said, “but rather everyday working people.”

Uber spokeswoman Danielle Filson said the San Francisco-based company “supports a comprehensive congestive pricing plan that will fund and improve public transit for outer-borough residents who rely on it,” but did not reveal if Uber would be willing to pay an annual congestion fee that Dinowitz suggested.

While whatever decision could affect many commuters trying to get in and out of Manhattan, Dinowitz admits that it hasn’t received widespread attention, saying he’s only received “a small number” of calls and emails from constituents.

The fight over congestion pricing underscores a growing divide between elected officials and political organizations. Environmental groups and labor unions, including 1199 SEIU United Health Care Workers East, have endorsed congestion pricing, while progressives such as Mayor Bill de Blasio have instead backed instituting a “millionaire’s tax,” which Dinowitz said, he’s “very supportive of.”

That proposal would raise taxes by about half of 1 percent on individuals making more than $500,000 or couples making more than $1 million annually. According to the mayor’s office, the tax would impact less than 1 percent of the city’s residents — or about 32,000 people — but would still generate about as much revenue as Fix NYC’s congestion pricing proposal.

While the millionaire’s tax has received supported from de Blasio and 27 city council members, it would have to pass the state legislature and receive Gov. Cuomo’s signature in order to become law as the MTA is a state agency.

Regardless of whatever plan lawmakers in Albany adopt — if any — to address the MTA’s budget deficit and deteriorating infrastructure, Dinowitz made one thing clear: He has no plans of visiting the borough to the south.