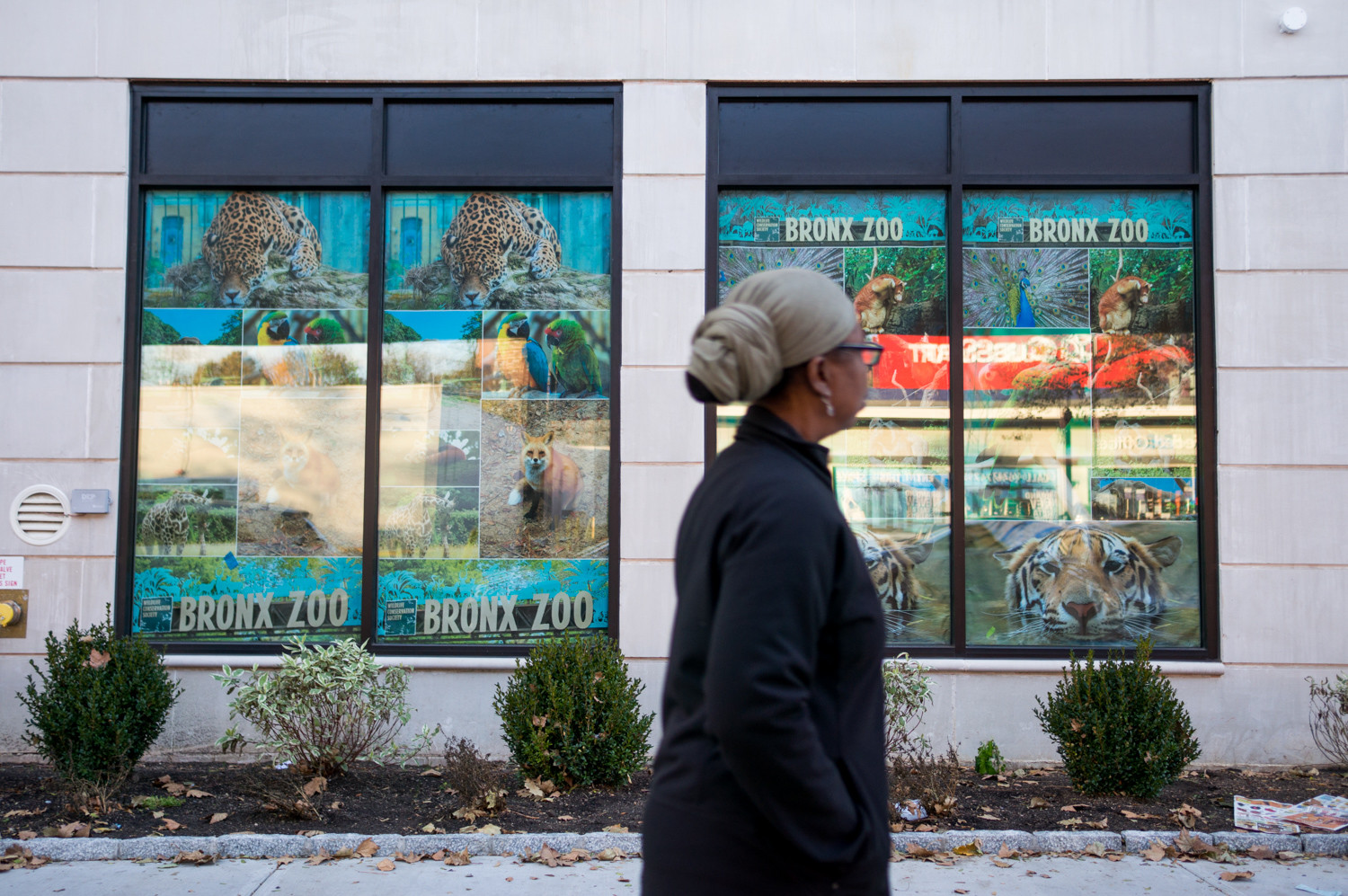 A passerby walks past the transitional housing facility at 5731 Broadway — a facility that could get a sister project just up the road, but instead designed for single men.
JULIUS CONSTANTINE MOTAL / File
By MICHAEL HINMAN

It's a journey that begins on 30th Street in Manhattan, and at some point in the not-so-distant future, will end in a new temporary home about 230 blocks north for more than a hundred single men  looking to sleep with a roof over their heard.

The city's social services department released new details about a proposed homeless facility in North Riverdale during Community Board 8's first public meeting on the project while trying to assure many neighbors who have already risen up against it that this will not have a negative impact in the area just south of the Yonkers city line.

"We have individuals showing up at our door," said Erin Drinkwater, deputy commissioner of intergovernmental and legislative affairs with the social services department. "And we have a legal obligation — and a moral obligation — to provide them shelter."

Drinkwater visited CB8's health and hospitals committee joined by Matthew Okebiyi, the chief executive of the African American Planning Commission, which will run the shelter at 6661 Broadway. Once construction is completed in 2023, the new facility will not only provide a place to sleep for about 130 men, but also will provide a number of services including support groups, counseling, housing placement assistance, and life skills workshops, according to material released by the social services department ahead of Wednesday's meeting.

Those living at the facility will be allowed to stay during the day, and many are expected to be working jobs and preparing to take a large step back toward living independently.

A curfew will be set at 10 p.m., with anyone showing up late without prior permission finding themselves transported to a different shelter. The average stay is expected to be a year, and those finding their way to 6661 Broadway will have been screened for a number of issues, including ways they might be able to avoid going to a city shelter altogether.

"Our first goal is to divert them from that shelter," Drinkwater said. "But that's not always possible."

The CB8 committee heard from a number of people speaking out for and against the proposed shelter — with far more in opposition than support. Assemblyman Jeffrey Dinowitz spoke out immediately against the shelter, saying it was "poorly thought out" by the Mayor Bill de Blasio administration, and "will cause many problems in the neighborhood."

"While I absolutely understand that unhoused people who are served by (the city homeless services department) are human beings who deserve to be treated with dignity and morality," Dinowitz said, "the administration absolutely must understand that many  of the fears and worries that's been expressed by local residents are legitimate and must be taken seriously by the bureaucrats making decisions about what happens to our community."

Councilman Eric Dinowitz echoed many of his father's sentiments, adding that the city isn't working with communities to place shelters, but instead is dictating where these shelters will end up.

"Everyone in New York City has the right to shelter, but it is only right to the community in which that shelter is set to be properly consulted before big decisions like this are made," the younger Dinowitz said. "After all, it's not only the unhoused that are being affected, but the very people who have chosen a neighborhood — a community — who deserve to be heard."

State Sen. Alessandra Biaggi did not attend the Zoom videoconference herself, but a constituent services representative — Tyler Wong — told the committee Biaggi was collecting as much information as she could about the proposal, and will decide what position she takes with 6661 Broadway once she's had a chance to take a deeper look at how it could impact the neighborhood.

U.S. Rep. Jamaal Bowman agrees, sharing through his own congressional aide he wants to talk to more of the neighbors before deciding which way he'll go on the proposal.

If the facility opens as planned, it would be the second transitional facility inside CB8, just a couple miles from a family version located near the 50th Precinct. Although a number of commercial buildings already exist at the 6661 Broadway site, Okebiyi's group will actually raze what's there and construct a new five-story housing facility from scratch — one designed specifically for this type of shelter.

"This will be a purpose-built site," Drinkwater said. "What that means is instead of shoehorning a program into an existing building, we are able to design the building for this specific shelter."

Okebiyi's planning commission will own the property and the building outright. The property is currently owned by a Rockland County limited liability corporation that bought the site for $1.47 million in 2016, according to city property records. The new facility will include recreational and kitchen areas, space for social services offices, and dorm-style rooms.

This replaces strategies from previous administrations that used "scattered" apartment sites, or rented out rooms in commercial hotels — like what had been done for several years at the Van Cortlandt Motel.

City officials and community board members said this overall discussion over the shelter is just getting started, and is expected to come up a number of times in the next several months, including making a stop at CB8's land use committee, where chair Charles Moerdler already has made clear his dislike of temporary facilities.

To read more of what some of the 400 community members in attendance had to tell the health and hospital committee about 6661 Broadway, pick up the Oct. 21 print edition of The Riverdale Press.