Donovan wants to rebuild communities, from inside out 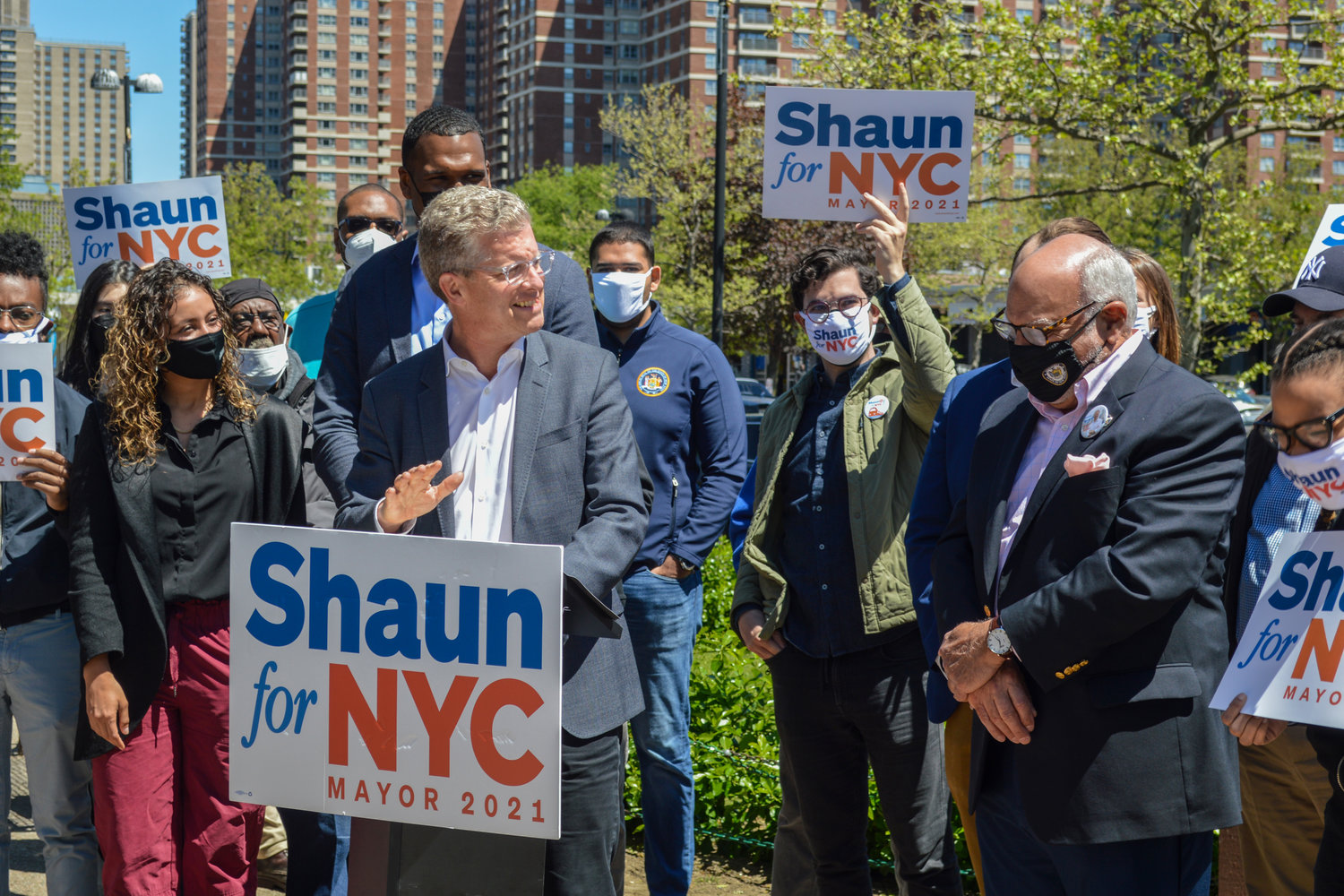 Former U.S. Department of Housing and Urban Development secretary Shaun Donovan says he started his career in housing work in this corner of the Bronx. He’s one of eight candidates running for mayor in the June 22 Democratic primary.
Courtesy of the Shaun for NYC campaign 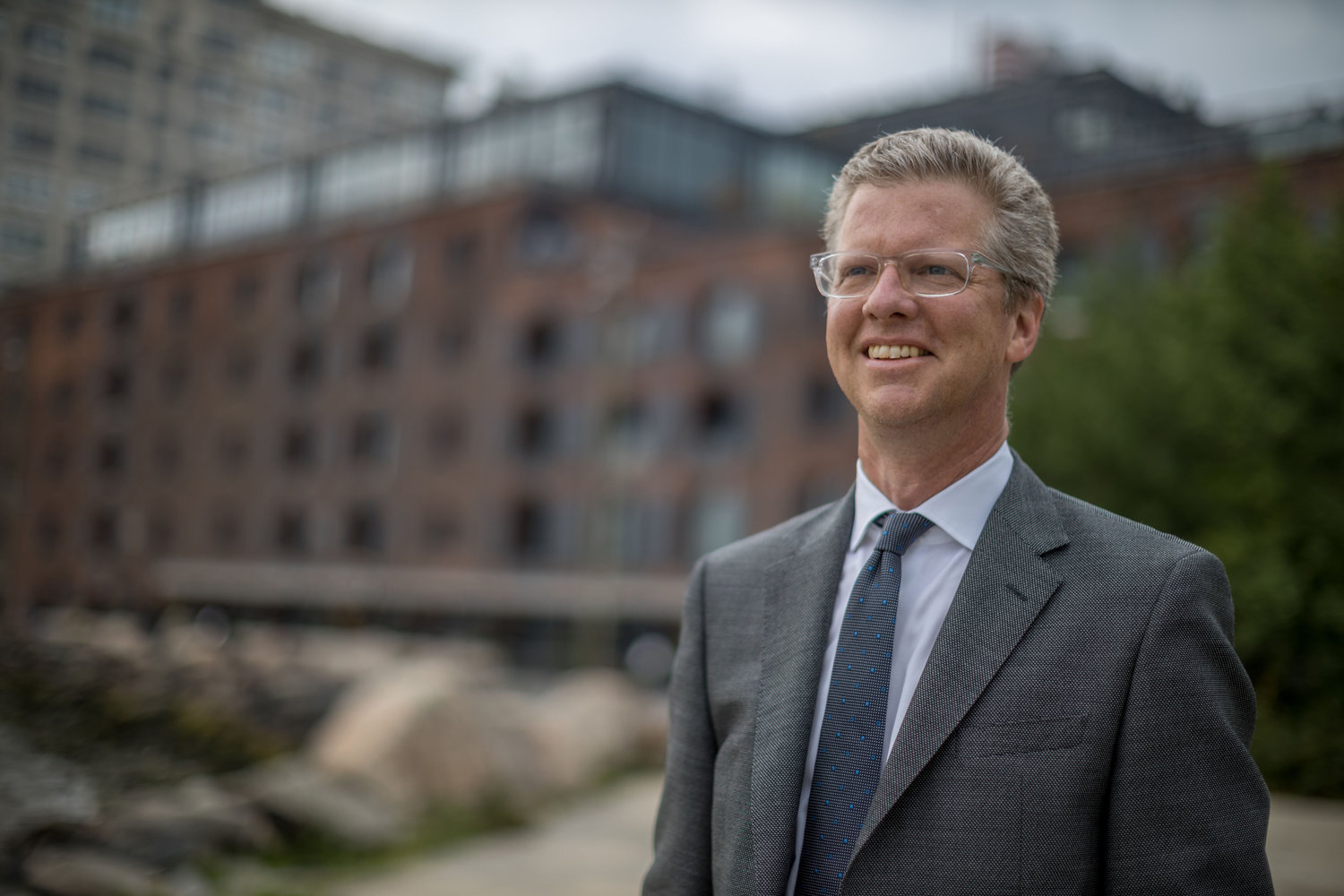 Shaun Donovan, the former U.S. Secretary of Housing and Urban Development, says seeing the urban decay in the South Bronx during the 1970s and ‘80s inspired him to become a public servant. Shaun is in the mix of the city’s leading mayoral candidates competing in a June 22 Democratic primary.
Courtesy of the Shaun for NYC campaign
Previous Next
Shaun Donovan

PREVIOUS OFFICE: None, but is former U.S. Secretary of Housing and Urban Development

There’s no doubt, Shaun Donovan has had an impressive career in housing. And it all started in this corner of the Bronx.

“My very first job out of school was on Albany Crescent,” Shaun says, working for the Community Preservation Corp. There he helped residents across the borough connect with the resources they needed to rebuild crumbling homes from the Bronx “burning” years. In fact, the urban blight he saw growing up in 1970s and ‘80s New York — especially in the South Bronx — is what inspired his housing career in the first place.

“I saw homelessness exploding on the streets,” he said. “I saw the South Bronx and many other communities around the city crumbling — literally burning to the ground. And that’s what lit a fire in me to become a public servant, to go to work on behalf of the city that I love. It made me angry, frankly, to see that in the wealthiest city on Earth, we allowed our neighbors to sleep on the streets. We allowed our neighborhoods to crumble to the ground.”

As a grad student, Shaun studied community efforts to rebuild depressed neighborhoods in the South Bronx and around the city. This included the work of community housing corporations like Mid Bronx Desperados, We Stay/Nos Quedamos and South Bronx Churches, which built affordable Nehemiah homes in that section of the borough.

This community-driven method was foundational for how Shaun approaches public service to this day.

“The lessons I learned really taught me the importance of partnering with the community and community-based organizations to rebuild,” he said.

A few decades later, Shaun wants to take that approach to City Hall, helping the city recover from the coronavirus pandemic. He’s one of eight candidates in a field that once boasted more than 30 contenders running to succeed Bill de Blasio in the June 22 Democratic primary.

And when it comes to housing experience, Shaun says no other candidate holds a candle to him. He served as the U.S. Secretary of Housing and Urban Development under Barack Obama, overseeing housing affordability and homelessness across the country. Before that, Shaun led the city’s housing preservation and development department inside the Michael Bloomberg administration.

His preference for rolling up his sleeves and getting down to the community level is what Shaun says will inform his approach to city planning as mayor. But the opposite has been true under de Blasio, he added.

“The problem is we basically have a city planning department that’s much more like a department of zoning rather than planning,” Shaun says. “And they come to communities very late in the process, drop plans on the community boards without any real partnership, and without really understanding the local context and the importance of figuring out where it’s appropriate to build and how to do that.”

The solution, Shaun says, is his 15-minute neighborhood plan, decentralizing the planning department and opening neighborhood-based offices all over the city. These offices would work with those in the communities to develop everything anyone would need within 15 minutes of home.

For example, this could mean making sure a neighborhood’s commercial corridors are full of supermarkets, laundromats and other necessities.

“Fundamentally, what it would mean is that you start with a bottom-up vision of what a community should be under these 15-minute neighborhood plans,” Shaun said. “And then you drive development based on that, rather than a one-size-fits-all plan.”

One way to create these neighborhoods, he says, is by improving public transit. That’s vital for parts of the city with limited subway and bus service, like large portions of the Bronx.

That requires innovation, Shaun says, greatly enhancing the speed and efficiency of bus service. One key solution is traffic signal priority, technology that allows traffic lights to know when buses are coming so they can get a green light and not have to wait.

“As someone who’s worked with mayors across the country — even across the globe — I’ve seen that other cities are getting ahead of us,” Shaun said. “We should be the most innovative city in the country. And yet, we’ve fallen behind the last eight years on innovations like that.”

Even with improved public transit, Shaun says he understands how important getting around by car is, particularly here. That’s why he wants to improve street parking by adding sensors that tell drivers where open spaces are. For example, people should know when street cleaners or garbage trucks are going by in real time, so they can move their cars without having to wait.

Another way Shaun wants to create these livable neighborhoods is by reducing homelessness. His work ending veteran homelessness in 80 cities around the country during his time as HUD secretary makes him the most qualified candidate to tackle this issue, he claims.

“Just as when I was a kid, when I saw what was happening in the Bronx.”