Don’t worry about new flood zones on the block 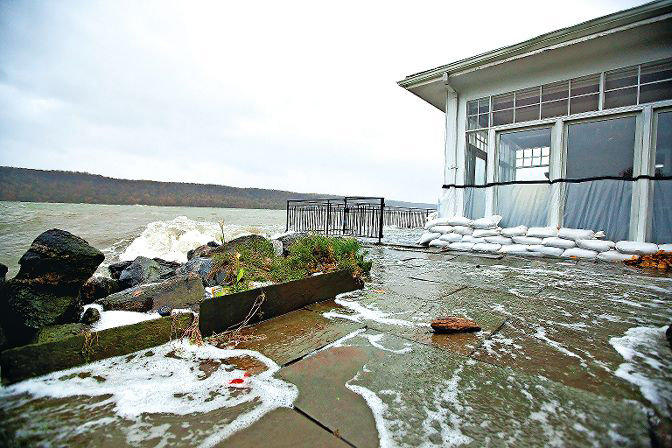 The Hudson River rises up and begins to claim part of what is normally dry land around the Riverdale Yacht Club as Hurricane Sandy targets New York in October 2012. The city’s planning department is rolling out a complete overhaul of the city’s floodplains to try and minimize the kind of damage storms like Sandy — and sea level rise in general — can create.
MARISOL DIAZ / File 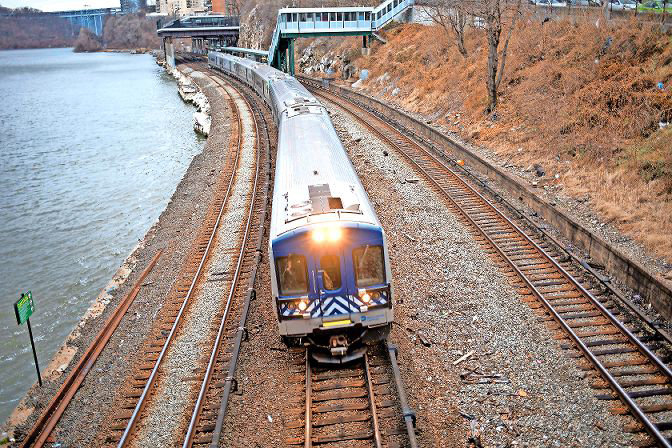 Much of the high-risk floodplain areas in this part of the Bronx are with railroad tracks along the Hudson River used by Amtrak and Metro-North. The city is overhauling its floodplain maps and zoning, hoping to not see the billions in dollars of damages from a single storm like that caused by Hurricane Sandy in 2012.
JULIUS CONSTANTINE MOTAL / File 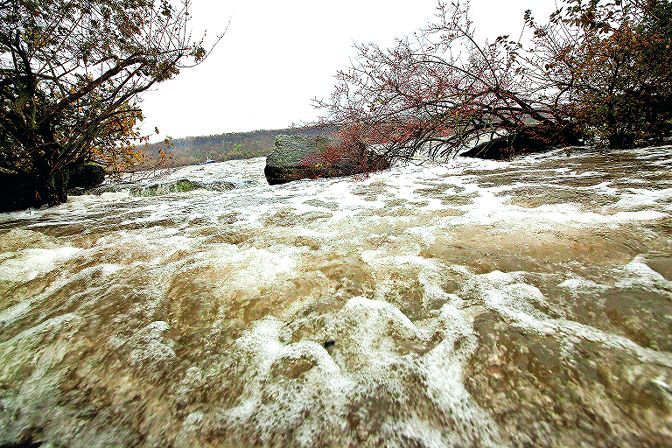 The Hudson River rises up and begins to claim part of what is normally dry land around the Riverdale Yacht Club as Hurricane Sandy targets New York in October 2012. The city’s planning department is rolling out a complete overhaul of the city’s floodplains to try and minimize the kind of damage storms like Sandy — and sea level rise in general — can create..
MARISOL DIAZ / File
Previous Next
By MICHAEL HINMAN

Usually when New York City talks about hurricanes, it’s usually preceded by “remnants of” or “formerly a.” But not Hurricane Sandy.

It arrived in late October 2012 as a Category 1 hurricane — just a step above what is typically a less destructive tropical storm. But October is practically the end of the summer hurricane season, and to make matters worse, a Nor’easter already had arrived ahead of it. And to top it off, Oct. 28 was a full moon, meaning the high tide was pretty high.

The destruction was like nothing New York City had seen before. Thousands of homes destroyed, especially in Queens and Long Island. The subway system in Lower Manhattan was decimated as water filled the tunnels and the streets above. Power was gone for most of the city — and much of it would take weeks to be restored.

In the end, damage in New York City topped $19 billion. Even higher-elevation areas like the Northwest Bronx weren’t spared, with a surging Hudson River flooding the Metro-North and Amtrak lines, as well as some coastal institutions like the Riverdale Yacht Club.

City officials realized existing flood maps weren’t as accurate as they originally thought, with water finding its way to nooks and crannies of the five boroughs that had not even been considered. And while it’s unlikely we’ll see another devastating storm like Sandy hit in our lifetimes, city officials don’t want to be caught flat-footed.

The city’s planning department has proposed a massive overhaul of New York’s flood zoning hoping to create not only better physical barriers of keeping unwanted flood waters out, but ensuring any building that is hit with water is better equipped to withstand it.

“Hurricane Sandy hit eight years ago, and really reminded us all of how vulnerable as a city we are to coastal storms and sea level rise,” associate borough planner Christine Camilleri-Onishi told Community Board 8 land use committee members Monday night. “This project is really a set of recommendations for a citywide zoning text amendment focused on really improving the rules that we have in place in our zoning resolution today to help increase the safety of New York City’s current and future building stock that could be vulnerable to coastal flood impacts.”

But the changes locally aren’t very dramatic, Camilleri-Onishi said. Flood zones exist in some obvious places in the community, like along the Hudson, as well as the Harlem River and Spuyten Duyvil Creek. It also includes an area around Marble Hill — particularly where the John F. Kennedy Campus and a U-Haul storage center is located — and along the Major Deegan Expressway.

Larger parts of Marble Hill and the Major Deegan are in lower-risk floodplains, however, which has exposed those property owners to minimal regulation. But that is something that could change, especially as the world changes, officials said.

“This is an area that we really are looking at quite closely and kind of being mindful of the fact that with sea level rise and coastal storms becoming more intense and more frequent, we expect that what is considered today’s moderate-risk floodplain could be tomorrow’s high-risk floodplain,” Camilleri-Onishi said.

Protecting property in these floodplains means building differently. That could mean elevating essential infrastructure — like generators and other electrical equipment — above potential flood levels, and raising buildings up a notch as well.

Still, retrofits can be expensive, Camilleri-Onishi said, so the zoning changes are not calling for that. Instead, any new construction or major renovation in affected flood zones would adhere to new building regulations, while everything else would be grandfathered in.

It also gives builders a chance to recoup any areas that might be lost because of the new flood zone regulations. For example, if a building loses its basement space to accommodate the flood zone, that lost space could be shifted to somewhere else inside the building’s envelope to maintain available floor space.

For the area known as the Riverdale Ridge along the Hudson, very little land outside of that used for rail travel is affected. But two major adult assisted living facilities aren’t far from that zone — Schervier Rehabilitation and Nursing Center and the Hebrew Home at Riverdale — the latter already in late planning stages to construct a continuing care retirement community expansion.

“What would happen to those institutions?” land use chair Charles Moerdler asked. “What would happen if they wanted to expand? Assume for the sake of argument that they had planned to have a separate parking area. And now conclude, ‘Well, we’ve got to something very different. We can’t do that anymore. So what we will do is give me give more floors on the building, and I can build a parking lot somewhere else.’

“Will this kind of remedy be available?”

The short answer, senior planner Juton Horstman said, is no. The Hebrew Home is not in the high-risk floodplain area. Any expansion taking them there would force them down the ridge and on top of the Metro-North tracks.

“There is a scenario where the Hebrew Home could get completely leveled, decimated, and that there could be some order (from the mayor) which then supersedes everything,” Horstman said.

While an order like that could let the Hebrew Home build on another part of the property inside a high-risk floodplain, “that’s not really realistic in this scenario, due to the Metro-North line and the issues with the grade and everything else just purely on an engineering level.

“I mean, there would be other issues just purely on safety for the Metro-North line that there would be no way that they’re able to build within this flood coastal zone.”

Also not within the high-risk coastal zone are any single-family houses, Horstman added. The most prominent structure within the zone is the Riverdale Yacht Club on West 254th Street.

Still, Moerdler is worried about the amount of ambiguity in the new zoning proposal which he says leaves too much to interpretation, and could be costly to those with property inside the affected zones.

The planning department has rolled out these flood zoning changes to all 59 community boards, seeking their approvals — although such approval is not binding. CB8’s land use committee will consider it during its regular monthly meeting Dec. 7, while the full board is expected to take it up the next night.

The plan will then go through the borough presidents, the City Planning Commission, and ultimately the city council. And if it survives all that, it could be on the mayor’s desk by spring.