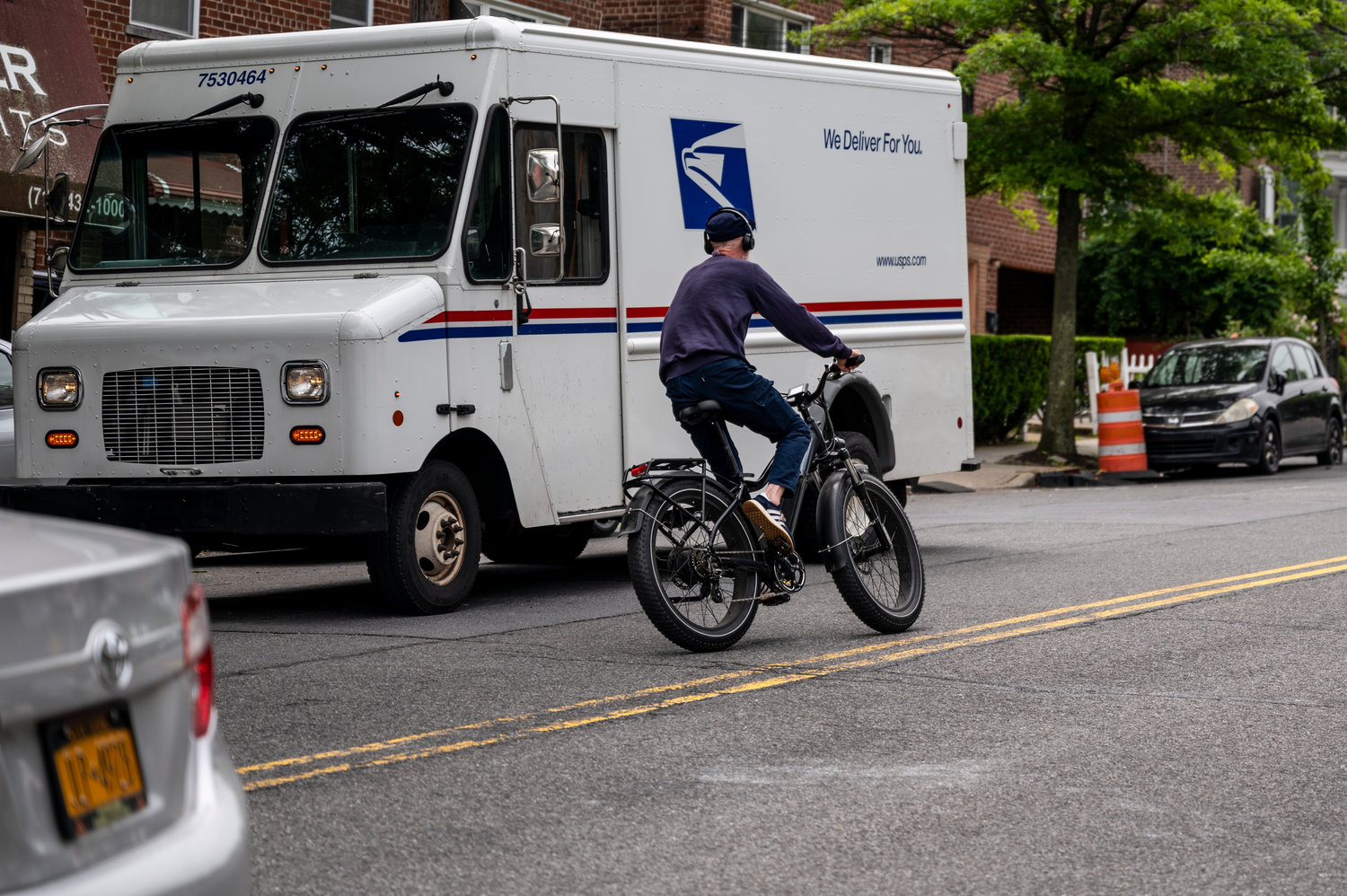 This isn’t the first time neighbors opposed the installation of bicycle lanes and claimed their concerns were ignored by the city’s transportation department. Something similar happened a few years ago along Broadway in front of Van Cortlandt Park, and some think history is repeating itself with bike lanes on Mosholu Avenue.
HIRAM ALEJANDRO DURÁN 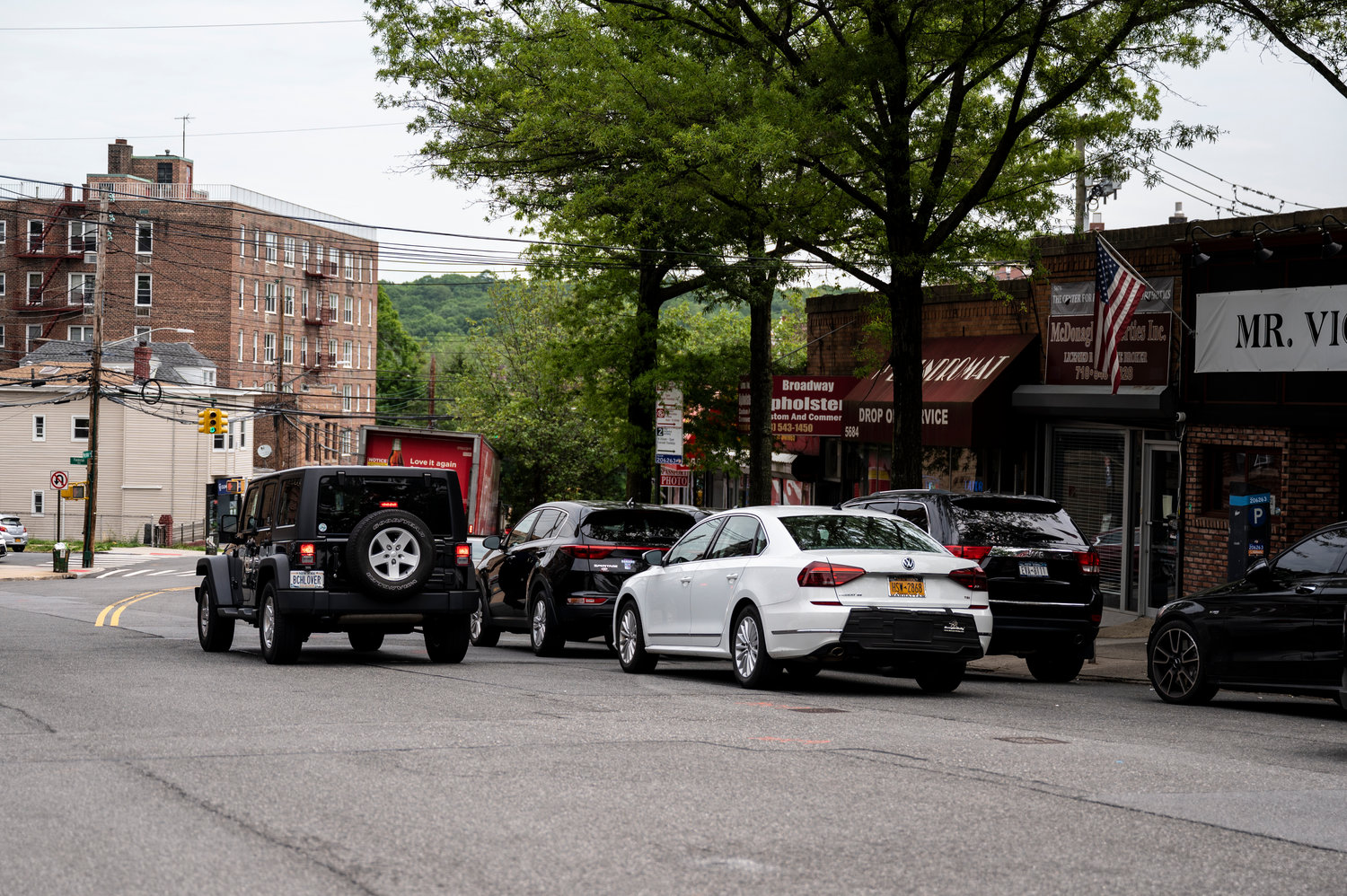 As part of a traffic calming proposal by the city’s transportation department, Mosholu Avenue will become home to new bicycle lanes later this summer. But the plan drew the ire of several community leaders, some of whom say crossing the street — not speeding — is the biggest problem there.
HIRAM ALEJANDRO DURÁN
Previous Next

Ideally, community boards and city agencies are supposed to work in tandem to optimize the quality of life for people who call a neighborhood home.

But sometimes, the city agency reminds the community board its input is only advisory, and ultimately it can decide to just do what it wants.

That appears to be the case for new traffic calming measures coming to Mosholu Avenue. These include shared lane markings between West 254th and West 256th streets, as well as on West 254th between Mosholu and Riverdale avenues. Also included are wayfinding signage for cyclists heading to Van Cortlandt Park, curb extensions on Mosholu and Liebig avenues, and bicycle lanes between Broadway and West 256th.

One would be hard-pressed to find someone against making a street safer. But many who live, work and travel through this part of the neighborhood feel bike lanes shouldn’t be part of such a plan. Particularly on Mosholu.

DOT first proposed the measures in 2019, but any implementation was put on hold due to the coronavirus pandemic. But as vaccination rates increase and coronavirus cases almost all but disappear, city officials are poised to revisit some of the projects they were forced to abandon during the public health crisis.

But even a year or more down the line, some who live within the confines of Community Board 8 still haven’t warmed up to the idea of bike lanes on Mosholu. And they made their feelings abundantly clear to Bronx DOT commissioner Nivardo Lopez at last month’s traffic and transportation committee meeting.

Proving pivotal to the committee’s advisory against implementing bike lanes was purported disapproval from businesses along Mosholu. That was part of what ultimately motivated committee chair Dan Padernacht to not offer his support.

“What I’ve heard are 37 businesses saying no,” Padernacht said last month. “We’re coming out of a pandemic where all of those businesses have been hurting for a year-and-a-half right now. So based on the businesses’ extreme disapproval of this, I’m not going to go in support of this bike lane.”

But the reaction of those businesses wasn’t the only motivating factor for Padernacht’s ultimate “no” vote. The outgoing committee chair was actually more concerned about pedestrians crossing on the street — something he advised should be included in the city’s most recent proposal, but said ultimately was not.

“When DOT first presented the plan two years ago, we stated to DOT that the most pressing issue on Mosholu Avenue was not speeding, but the most pressing issue was the north-south crossing of Mosholu Avenue at the various intersections,” Padernacht told The Riverdale Press. “And in the two years between when they last came to us, DOT had no change in the plan addressing what is the biggest concern on that street.”

However, community boards only serve to advise city agencies, who can ultimately decide to overrule the board’s opinion.

And it seems that’s exactly what happened with the bike lanes on Mosholu. A DOT spokeswoman confirmed the implementation of the new traffic calming measures — including bike lane installation — began May 26, and is estimated to take eight weeks to complete. The agency didn’t comment on how its decision was, in the end, contrary to what CB8 had wanted.

But just because it might be the same old song and dance for the community board and city agencies, it doesn’t make the end result any less trying — especially for Padernacht.

“It is frustrating to see the community come out, express concern and opposition to a plan, have the community board react and put forward a resolution asking DOT not to move forward with the plan, and to have the agency move forward regardless of that public input,” he said. “You want to believe that city agencies work for the people … but given the electoral process and all of its limitations, we don’t always see the public sentiment expressed in government decision-making.”

Although the installation has just started, the community board already is feeling the wrath of its members and neighbors who were opposed to installing bike lanes on the street. CB8 chair Laura Spalter was frustrated with DOT’s decision, vowing to ensure the powers that be there were aware of her feelings.

That’s because to her, it’s very frustrating when a local organization that knows its residents and its neighbors advises against a city project, only to have said city ignore it.

“I know that we’re just advisory,” Spalter shared at a recent executive committee meeting. “We know we’re advisory, but it’s very frustrating to be ignored like that, particularly when we offered up a lot of traffic calming suggestions, but none of them are being acted on.”