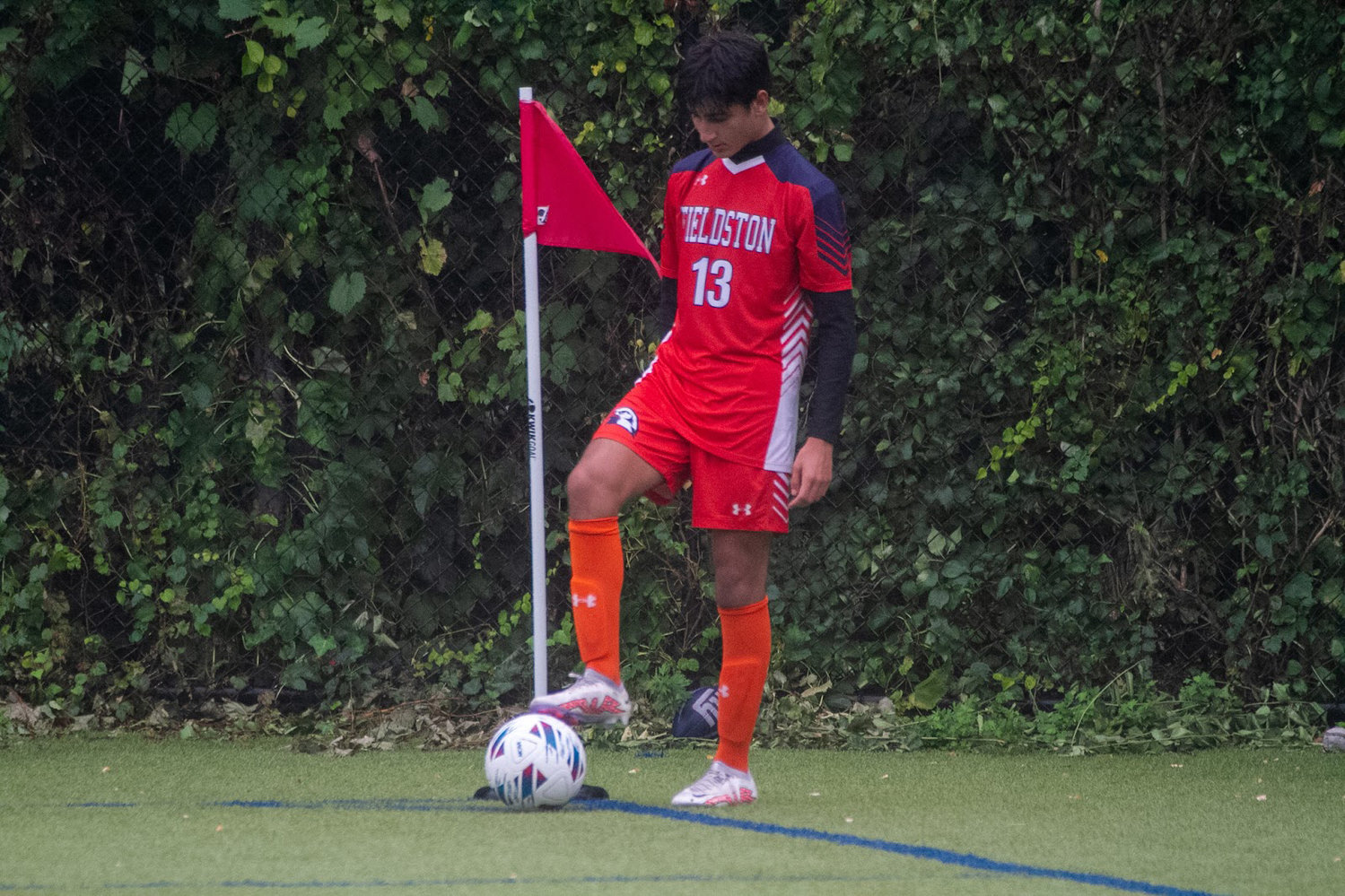 The magical season came to an end Monday night for the Fieldston Eagles boys soccer team in a shootout with Hackley in the Ivy Preparatory League championship game.

With all the pressure in the world, Andre Dangot was able to convert his second goal of the day on a penalty shot, tying the score with Hackley at 2-2 late in regulation. He got the opportunity for the shot when a yellow card was called on a Hackley defender in the goalie box.

After a 2-2 stalemate for the rest of regular time, as well as, two overtime periods, the game continued into a penalty shoot-out. The Hornets were able to convert 4 of their 4 first shots, while the Eagles were only able to convert 3 with goals from Jedd Horowitz, Dangot, and Luca Cavallero. The Eagles final shot was a beautifully placed ball into the upper right corner from sophomore Ryder Park. However, the referees called the shot no good.

This controversial call put an end to the Eagles magical season. The crowd and players were in awe as the shot seemed to be clearly in the net.

The Eagles opened up the scoring with an absolute screamer from Dangot. However, the Hornets responded with two goals to themselves up 2-1 with time ticking in the second half. Despite multiple chances, the Eagles could not find a way to put the ball in the back of the net.

The Eagles opened their postseason campaign at home against the Horace Mann Lions. In the regular season, the Eagles went 1-0-1 against Horace Mann and controlled the pace for both of those games.

This theme continued in last Wednesday’s match-up, where Fieldston emerged victorious in a 1-0 win. The goal scorer in this competition was senior outside back Lucas Buelow Melendez.

Their playoff journey continued on the road traveling to take on the Poly Prep Country Day Blue Devils. The Blue Devils swept the Eagles in the regular season with 2-0 and 3-2 victories. As a result, Fieldston knew it had to bring its best effort to beat Poly. In upset fashion, the Eagles cruised past the Blue Devils in a 2-1 victory. Goal scorers from this game were Dangot and sophomore forward Cavallero.

Horowitz, who recently committed to playing for the University of Chicago, has been a key contributor to the Fieldston defense, only allowing 2 goals over the past month. Dangot, who is still weighing his collegiate options, has been the Eagle’s main goal scorer this season.