Electeds divided when it comes to Broadway homeless 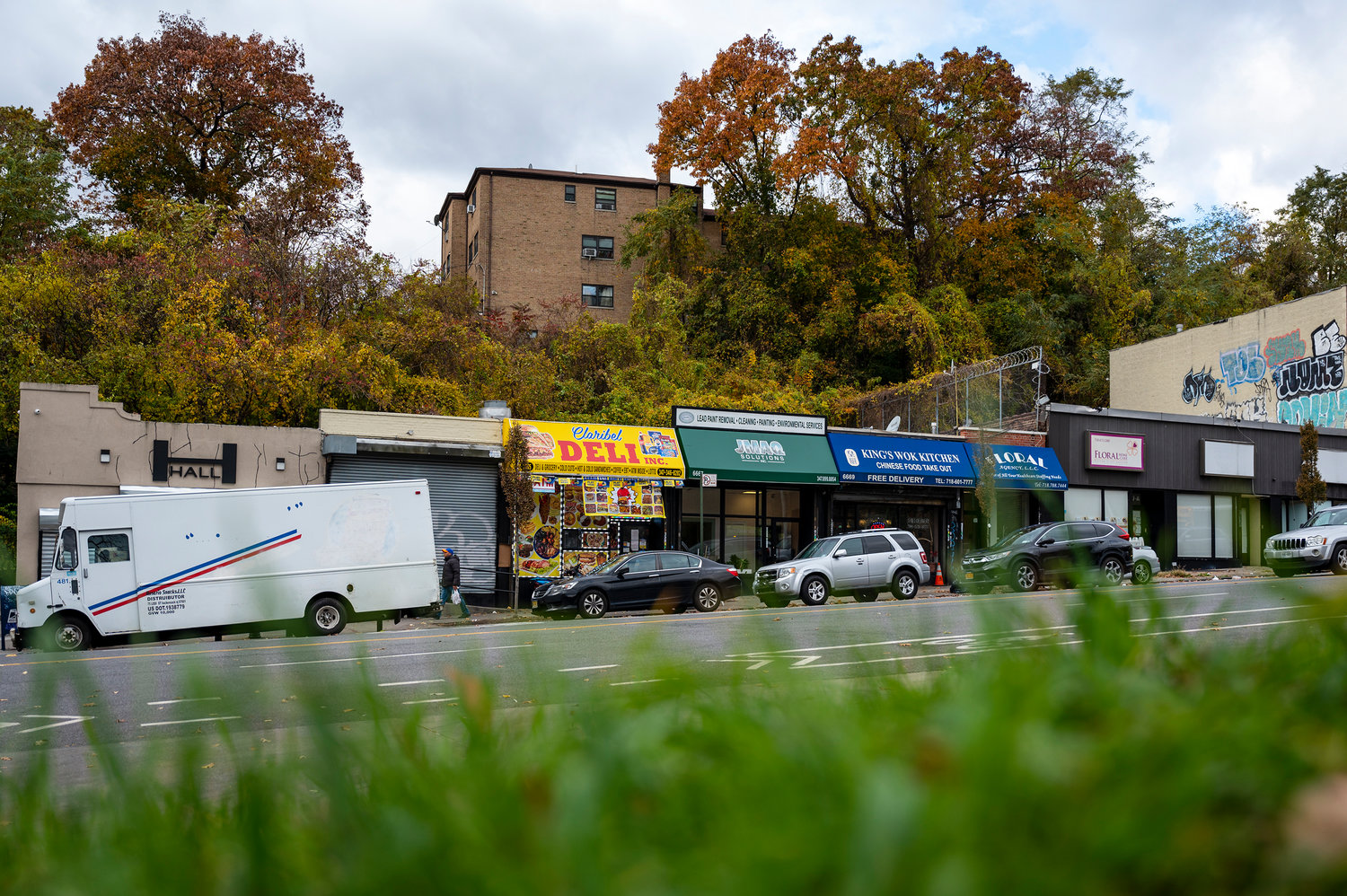 Assemblyman Jeffrey Dinowitz says he opposes a proposed homeless shelter for North Riverdale because the presence of 130 single men in a facility just south of the Yonkers city line could make the area across from Van Cortlandt Park less safe. On the other hand, state Sen. Alessandra Biaggi says she supports the shelter because of the array of services she was told it’ll provide to those who ultimately live there.
HIRAM ALEJANDRO DURÃN
By ETHAN STARK-MILLER

Controversy continues to surround a proposed men’s homeless shelter in North Riverdale, not just by its residential and commercial neighbors around the site, but among local elected officials as well.

As the city inches ever closer to finalizing a $195 million contract for 6661 Broadway, lawmakers from the city, state and federal level have staked out their positions — highlighting political divisions that have been around since at least 2018.

That’s when Alessandra Biaggi ousted Jeffrey Klein from his state senate seat, an incumbent backed by old guard Democrats like Assemblyman Jeffrey Dinowitz. Since then, Biaggi and Dinowitz have been known to tangle more than once, often taking opposing sides on various local issues.

So, it comes as little surprise Biaggi and Dinowitz disagree about something new: whether a homeless shelter should be built near West 262nd Street.

Biaggi supports the shelter, joined by U.S. Rep. Jamaal Bowman — another reformer who ousted a Dinowitz-backed candidate, longtime Congressman Eliot Engel. That support, they told constituents last month, was based on information the city’s social services department already released about the shelter — even if some of the details still seemed incomplete.

At the same time, the Assemblyman and his son, Councilman Eric Dinowitz, have united against the shelter, citing a number of reasons including what they said was poor planning on how the facility was cited, and how it can negatively impact the neighborhood.

Erin Drinkwater, the social services deputy commissioner, told Community Board 8’s health and hospitals committee this past October the shelter is expected to house 130 single men, with up to six of them in a room. It’ll also  serve as a centralized shelter, meaning it would offer services like counseling, and won’t kick people out when the sun rises so they have time to take advantage of those services.

Biaggi describes homelessness as an epidemic, adding shelters are the best way to help get those in need back on their feet. She believes a progressive neighborhood like North Riverdale can help homeless people by accepting this shelter.

“The thing that I think connects everybody is that there’s a willingness to help those in need,” Biaggi said. “When I think of Riverdale, that’s what I think (of). And so, this is one of those opportunities.”

Biaggi mentioned in her statement of support that in addition to counseling, the shelter would provide other services like life skills workshops and helping those residing there secure permanent housing. Additionally, the city has committed to forming a community advisory board — similar to what was developed for the 5731 Broadway family transitional housing facility — that would be open to shelter residents, community members, business owners, and electeds, but would not be open to the public.

After initial ambiguity, Bowman signaled his support of the shelter as part of a joint declaration with Biaggi. Because the shelter is not projected to open until 2023, the congressman believes there’s plenty of time to address concerns.

“We have a couple of years to receive feedback from the community, which I think is vitally important,” Bowman said. “There has to be consistent community engagement, transparency and feedback so that this is done in a way that keeps everyone safe and secure.”

But many of those issues are already on the table, Assemblyman Dinowitz said in an emailed statement. One of the bigger issues is what he describes as inhumane — rooming up to six men in each room “without any guarantee of 24/7 on-site support services.”

Second, Dinowitz is concerned about the organizational structure of the non-profit tapped to run the shelter — the African American Planning Commission Inc. The lawmaker referenced a recent report from The New York Times that highlighted a past city investigation into AAPCI’s chief executive, Matthew Okebiyi, for earning more than $500,000 annually while his brother served as the organization’s chief financial officer. Okebiyi’s sister-in-law also sat on the organization’s board, according to the report.

The city responded by demanding Okebiyi fire his brother and restructure the non-profit.

Dinowitz also is concerned about the crime a single men’s shelter may bring to North Riverdale, basing that on what he’s seen from other shelters in his district — like at 3600 Jerome Ave., in Norwood and 4380 Bronx Blvd., in Wakefield. Dinowitz is specifically concerned about shelter residents convicted of sex crimes in the past who might take up residence there.

But most importantly, Dinowitz said, it’s just not a popular proposal among his constituents.

Those rates have been reported at just above 25 percent — which those opposing the shelter say is below transitional rates of other shelter operators.

The councilman added Biaggi and Bowman must have information he didn’t to arrive at the conclusion they did to support the shelter. However, Dinowitz’s spokesman clarified the councilman’s statement a week later acknowledging Dinowitz did indeed possess the same information the state senator and congressman did about what services would be provided.

What the councilman is more concerned about, the spokesman said, is whether the city will provide those services around the clock.

“It was a concern for the council member that potentially someone would need those services at a time when it would not be available,” the spokesman said. “It was mentioned those services would be available, but this is not enough information to determine whether it meets the needs of 130 single homeless adults.”

Biaggi, on the other hand, feels she has more than enough details to commit. And, she added, others should, too, if they want to have a say in the process.

“I want to be able to, at each step of the way, impact how this is going to be implemented,” Biaggi said. “And I think that any concerns that come up are concerns that we can deal with. But if we’re committed to this, that means we just deal with the concerns as they arrive. It doesn’t mean that we change our position on the shelter.”