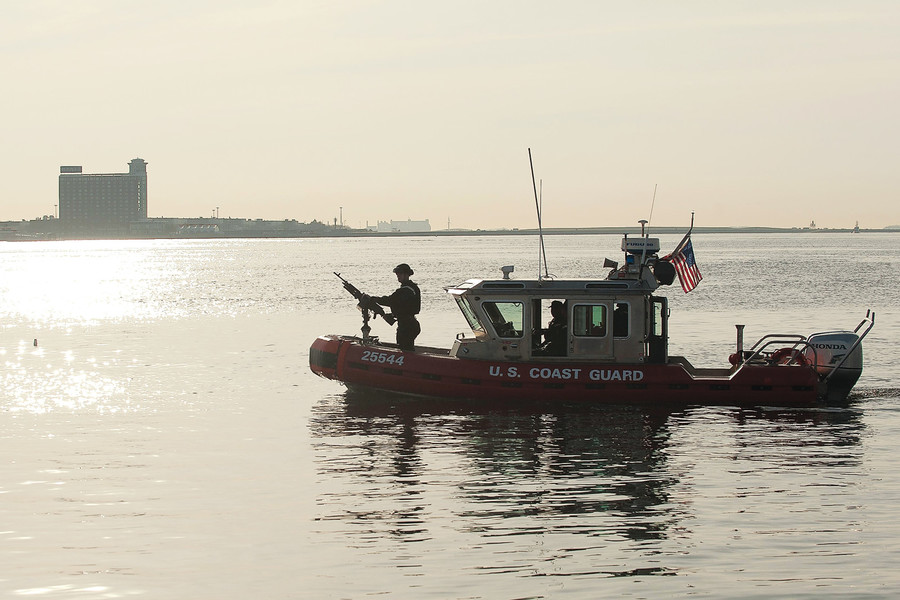 Courtesy of the Department of Defense 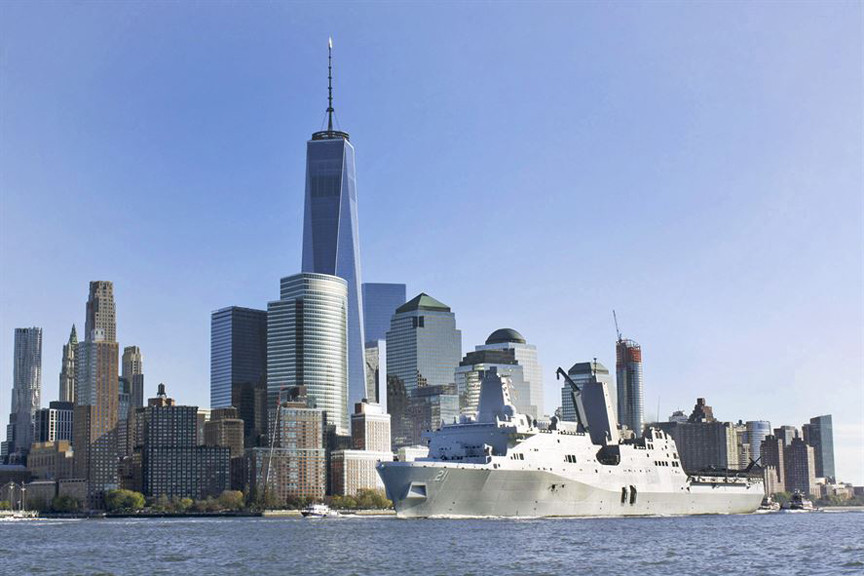 A Coast Guard barge passing the southern tip of Manhattan. A proposal by the U.S. Coast Guard would place anchorage sites along Hudson River Communities from Yonkers to Kingston in order to transport oil and other fossil fuels.
Courtesy of the Department of Defense
Previous Next
By Anthony Capote

Rep. Eliot Engel lambasted a proposal to set up 10 anchorage sites along the Hudson River as a threat to the area, while the U.S. Coast Guard, the driving force behind the project, tried to assuage concerns by saying the plan was still in early stages.

The Coast Guard wants to use the anchorage sites as stop-offs for moving barges of crude oil and other fossil fuels. Critics say the project puts the sites at risk of oil spills, while also diminishing property values and the attraction of waterfront towns and cities as holiday destinations.

“It’s terrible for a number of reasons,” Mr. Engel said. “First of all it’s not something that we want to see from villages and towns and cities along the waterfront because we worry about environmental problems.”

Communities along the Hudson River have made efforts over the years to clean up the river. The Coast Guard’s plan has been met with vocal opposition from Mr. Engel’s fellow members of Congress and hundreds of local residents in the Lower Hudson Valley.

“Cities like Yonkers and Hastings, which are in my district, that are trying to lure people, they are trying to recreate the waterfront,” Mr. Engel said. “This is something that puts a crimp in it because of security concerns, environmental concerns and then you have economic concerns.”

The project would turn the area from Yonkers to Kingston “into a parking lot” for ships and barges, in the words of a spokesperson for Mr. Engel’s office.

Together with fellow members of Congress Nita Lowey and Sean Patrick Maloney, Mr. Engel has written several letters to the Coast Guard about the proposal, which is taking comments from the public until Dec. 6.

Chief Warrant Officer Allyson Conroy of the Coast Guards said the plan is only its beginning stages and nothing is concrete until the comment period is over.

“We have heard the gamut from pros to cons,” she said. So far, more than 3,230 comments have come from citizens, elected officials and even the National Oceanic and Atmospheric Administration.

More than 2,900 of those comments have been made via the federal government’s regulatory site, which is designed to give voters a chance to express their opinions on upcoming legislation.

“It has taken close to a generation to bring this beautiful and important waterway back from a near-death condition,” Mark David, a commenter on Regulations.gov, said. “To put the Hudson and those who live near it at risk is, to me at least, governmental malpractice and a negligent act on the part of the Coast Guard and the federal government.”

Most comments have come from residents of the towns that would be affected, and almost all of the comments online are in opposition to the proposal.

“The Hudson River cannot be used as a parking lot for oil tankers,” commenter Joanna Hammil said. “It’s an environmental danger, which would impact health, too.”

Mr. Engel said he and his fellow members of Congress who represent the Hudson Valley would continue to fight the proposal and demand a full environmental-impact statement from the Coast Guard.

In particular, Mr. Engel highlighted the importance of the endangered species of sturgeon that lives in the Hudson River—a waterway that has been flagged as a high-risk zone for the species’ survival.

“We are trying to put different bills across that would block it,” he said. “I guess they view it as a convenient way to conduct business as usual but we don’t business as usual, that’s what got us into trouble in the first place.”