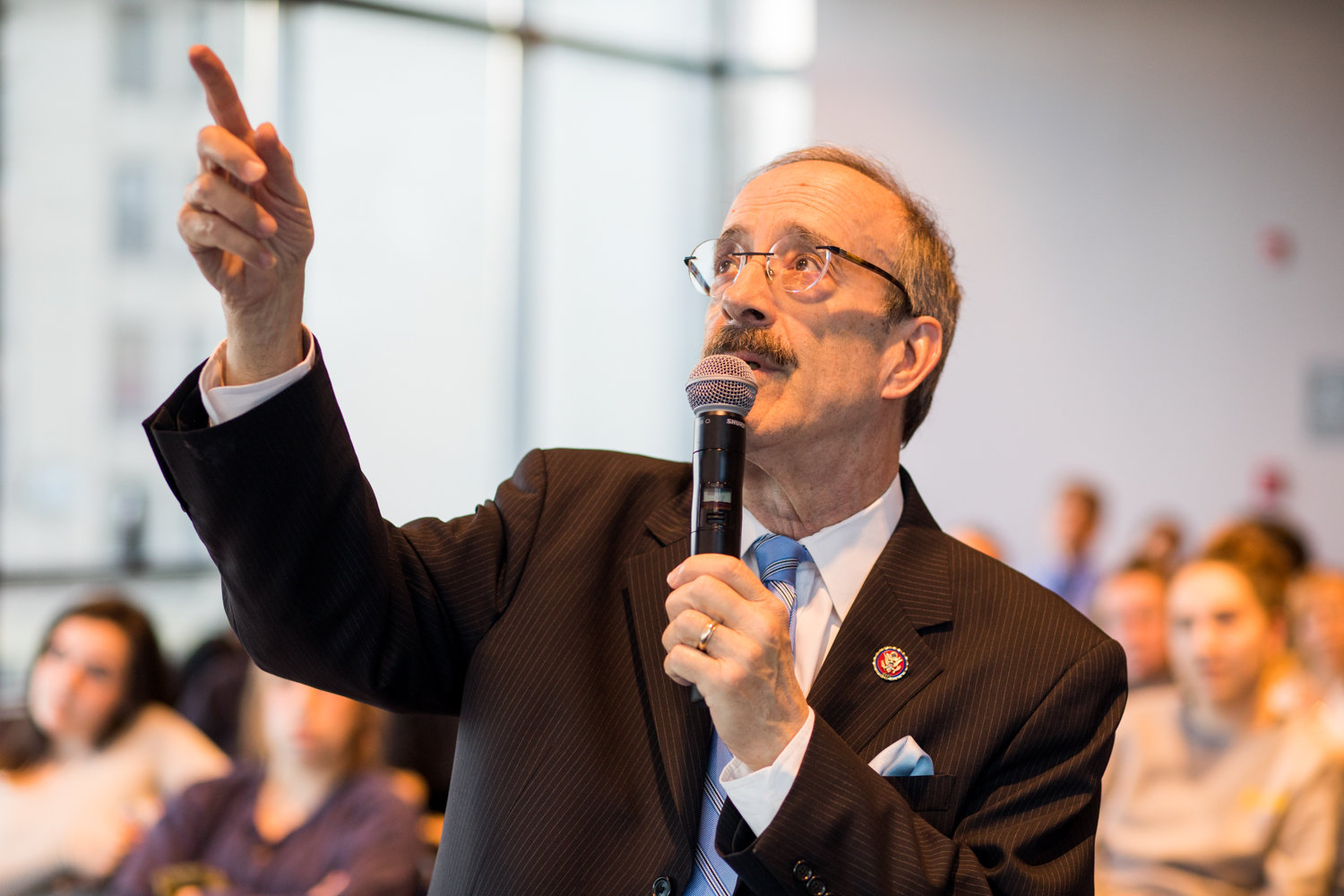 U.S. Rep. Engel is in one of New York's most expensive congressional primary races, but a new report says he's nowhere near the people he's asking to cast votes for him.
JULIUS CONSTANTINE MOTAL / File
Support Local Journalism

It might not feel like election season, but don't tell that to the five men seeking to represent this part of the Bronx in the U.S. House.

U.S. Rep. Eliot Engel and his Democratic primary challengers for the 16th Congressional District, have raised more than $2.5 million leading into next month's primary, according to a new report by City & State. Engel, who also is chair of the powerful House Foreign Affairs Committee, has raised most of those funds — $1.6 million.

But middle school principal Jamaal Bowman is taking in a hefty amount of money himself — $540,000 — which includes donations from actors Zachary Quinto from the Star Trek film franchise, and Oscar winner Susan Sarandon.

Michelle Caruso-Cabrera, a former CNBC reporter and Republican, has raised more than $1 million on her own. But that's nothing to the $8.1 million Ocasio-Cortez has pulled in from donors.

In all, that race has raised just under $9.3 million.

But Engel is facing some tougher questions this week — like when was the last time he set foot inside his congressional district.

The Atlantic's Edward-Isaac Dovere said he tracked Engel down to his suburban Washington home in Potomac, Maryland — a home Dovere says Engel has been huddling at since the end of March, when the House passed one of its first coronavirus financial aid packages.

Engel told the reporter that he had been sheltering in both his Potomac and New York homes, although the congressman's spokesman, Bryant Daniels, informed the publication that the last time Engel was in New York was March 27.

Many of the higher-profile committee chairs stayed in or near Washington since the coronavirus pandemic started, Daniels told Dovere. However, the reporter said Engel was the only chair who has stayed out of his district for almost the entire pandemic, singling out other chairs inside the New York delegation making return trips home, like U.S. Reps. Jerry Nadler, Carolyn Maloney, Nydia Velazquez and Nita Lowey.

In fact, Dovere points out, the 67-year-old Velazquez has actually recovered from the COVID-19 virus.

Daniels says that while the congressman himself might be sheltering in Maryland, his staff back home is working with constituents by helping them apply for the Paycheck Protection Program, unemployment benefits and economic aid checks.

"The work being done on behalf of his constituents is what counts," Daniels told Dovere. "And to that end, Mr. Engel has been very effective."

But that did open the door for attacks from Engel's challengers, like Jamaal Bowman.

"Eliot Engel doesn't live here, and he doesn't understand what we're going through," Bowman shared Thursday on Twitter. "How are you going to fight for our district when you won't even spend time here?"

Daniels said Engel might not be doing photo-ops in the middle of a pandemic, but he has been active, especially though online videoconferencing. On late Thursday, longtime ally Assemblyman Jeffrey Dinowitz announced Engel would be his "guest" on his so-called "COVID Conversations" videoconference calls.

The May 21 evening event is scheduled to talk about the "new federal disaster relief fund plan and other activities in Washington, D.C.," according to Dinowitz's daily constituent newsletter.