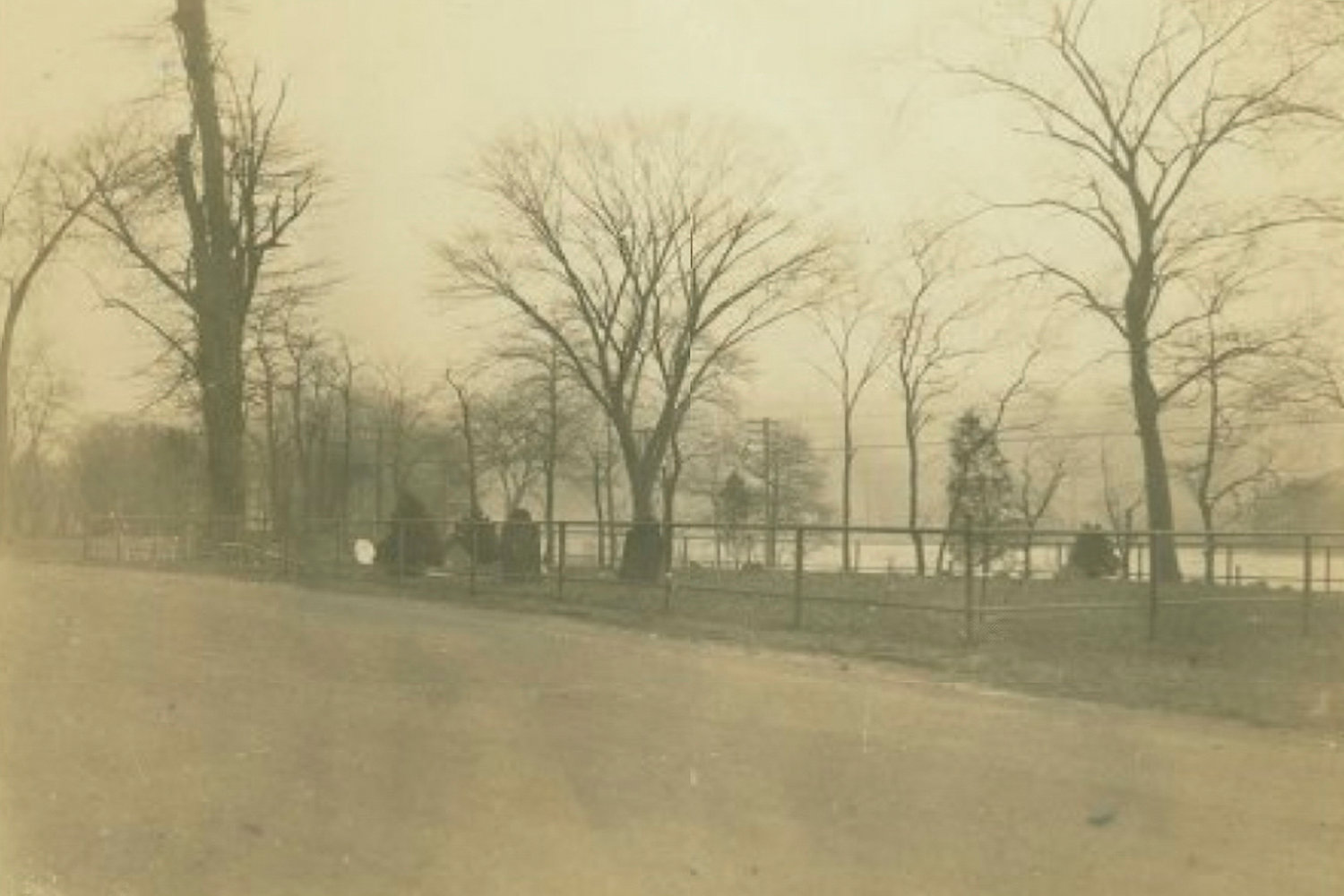 The Berrien family was laid to rest in the Kingsbridge Burial Grounds in Van Cortlandt Park. Nearby were burials for enslaved Africans on land that will finally be consecrated June 19 in observance of Juneteenth.
Courtesy of the Kingsbridge Historical Society 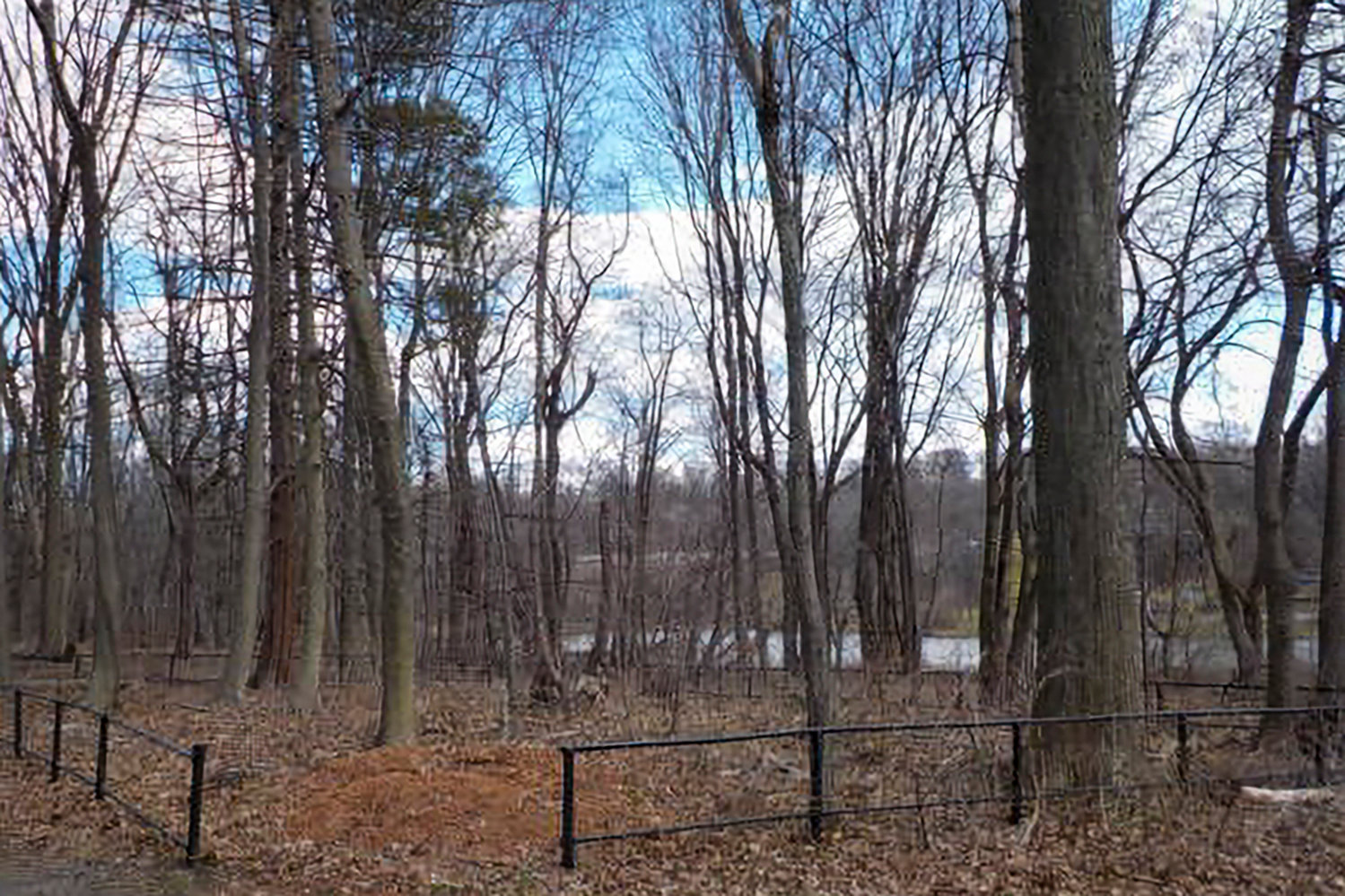 The Kingsbridge Burial Grounds are among at least a pair of cemeteries in Van Cortlandt Park — the other most prominent one, the enslaved African burial grounds closer to the lake. Community members and historians will gather at the enslaved African grounds June 19 to consecrate their final resting place in observance of Juneteenth.
Courtesy of Peter Ostrander
Previous Next
Tune in on Juneteenth

The event observes Juneteenth, the anniversary date of when slavery ended in Texas following the Civil War. Due to the small area of the burial ground and the capacity restrictions imposed by the COVID-19 pandemic, the ceremony is not open to the public.

A livestream of the consecration is available starting at 11 a.m., through both the Van Cortlandt Park Alliance’s Facebook page and website.

It’s no secret the United States was one of many countries practicing slavery centuries ago — and not just in the south.

Slavery was common in the Colonies before the Revolutionary War, including with the Van Cortlandt family who has leant their name to New York City’s third largest park, and the Bronx’s oldest house.

The park isn’t without its own history — some of it still buried underneath. Like the Kingsbridge Burial Ground dedicated to colonists with last names like Tippett and Berrien. Yet it didn’t surprise Nick Dembowski that there would be another burial ground nearby not as well-known, but just as important: One for enslaved Africans who worked on the property.

“This is a familiar pattern in the way cemeteries were frequently operated,” said Dembowski, president of the Kingsbridge Historical Society.

With this in mind, the Van Cortlandt Park Alliance has taken the initiative to consecrate the enslaved African burial ground. The alliance is joined by the historical society, Van Cortlandt House Museum, and the Enslaved People Project Task Force Steering Committee.

The Enslaved People Project is a joint committee of the three community groups dedicated to shedding light on the contributions made by enslaved Africans in and around Van Cortlandt Park.

The reason the consecration is happening now, Dembowski said, stems from the alliance and the park administration wanting to shed more light on the area’s history.

“This is really a feel-good moment right now, consecrating this burial ground,” Dembowski said. “It’s the work of a lot of people — community people that are interested in telling the history of the enslaved people that live there.”

Stephanie Ehrlich, the park alliance executive director, says the consecration will take place on June 19, just in time for Juneteenth — the holiday celebrating the end of slavery in Texas following the Civil War.

While it is not a national holiday, it is widely celebrated — including officially in New York City for the first time.

This weekend’s consecration will include music from the Bronx Arts Ensemble, Ehrlich said, with Peggy King Jorde hosting. The physical event is closed to the public despite New York’s coronavirus pandemic restrictions being lifted, but anyone is free to tune in to the livestream at tinyurl.com/JuneteenthConsecrate.

The consecration itself is a spiritual gathering. Ehrlich said, with songs, a libation ceremony and a blessing by the Rev. Dr. Hermon Darden of St. Stephen’s United Methodist Church.

Libation ceremonies are often used in African cultures, Ehrlich said. They include the pouring of liquid or grains as an homage to ancestors, although Ehrlich didn’t specify what would be poured for this particular ceremony.

Nevertheless, it’s intended to help people to connect with past relatives — spiritually.

Nobody is sure how many enslaved Africans were buried. Or their names. However, Dembowski found a newspaper story from the Port Chester Journal on Sept. 25, 1879, that confirmed slaves were buried.

“In digging for gravel, human bones were found,” according to the story. “These are supposed to be remains of slaves once owned by the Van Cortlandt family.”

The ground was nearly covered by tennis courts in the early 1990s, but Dembowski’s predecessor — Peter Ostrander — took the city to court in an effort to stop it.

“We sued the city, and we won the first round,” Ostrander said. Henry “Stern went and started digging on the site there, so the judge said to stop.”

Ostrander lost the appeal and couldn’t afford to go a second round. Nevertheless, the burial grounds are still intact, and no more legal work needs to be done, which makes Dembowski happy.

Now, the focus can be on the land consecration, remembering and honoring the enslaved Africans who indirectly made Van Cortlandt Park what it is today.

“I think what this is going to do is it’s going to strengthen the connection of the African-American community to this place,” Dembowski said. “Because it confirms their presence and their contributions here back to 1675, and those contributions are still visible in the park.

“Everyone who sits down to watch the swans on Van Cortlandt Lake can thank a group of people that were forced to build that and make that beautiful spot possible.”