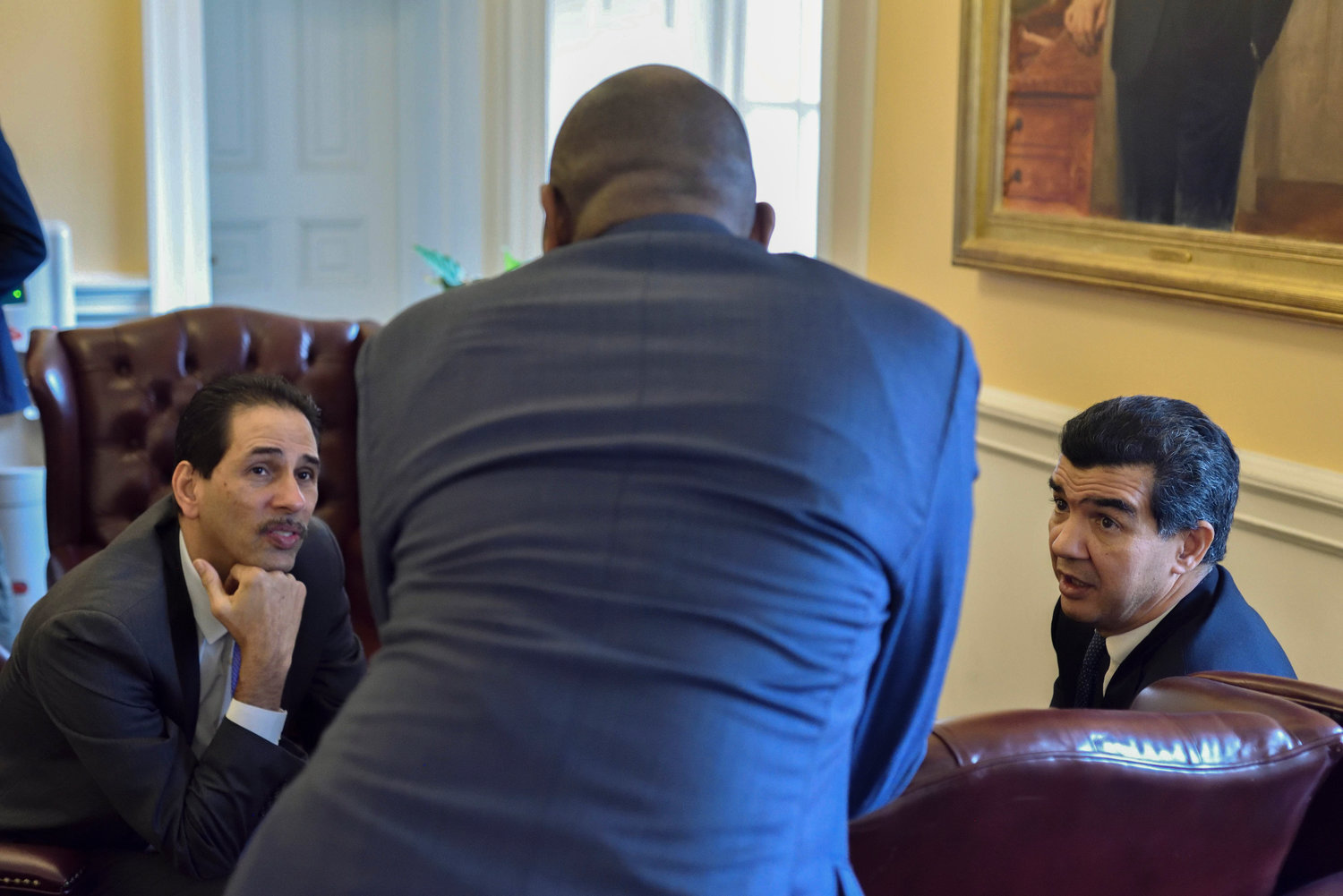 Councilmen Ydanis Rodriguez and Fernando Cabrera are joining a majority of their colleagues leaving City Hall at the end of the month thanks to term limits. Rodriguez, who represents Marble Hill and upper Manhattan, says his years on the council were always guided by the values of ‘dignity, honesty and transparency.’
Courtesy of NYC Council/ John McCarten 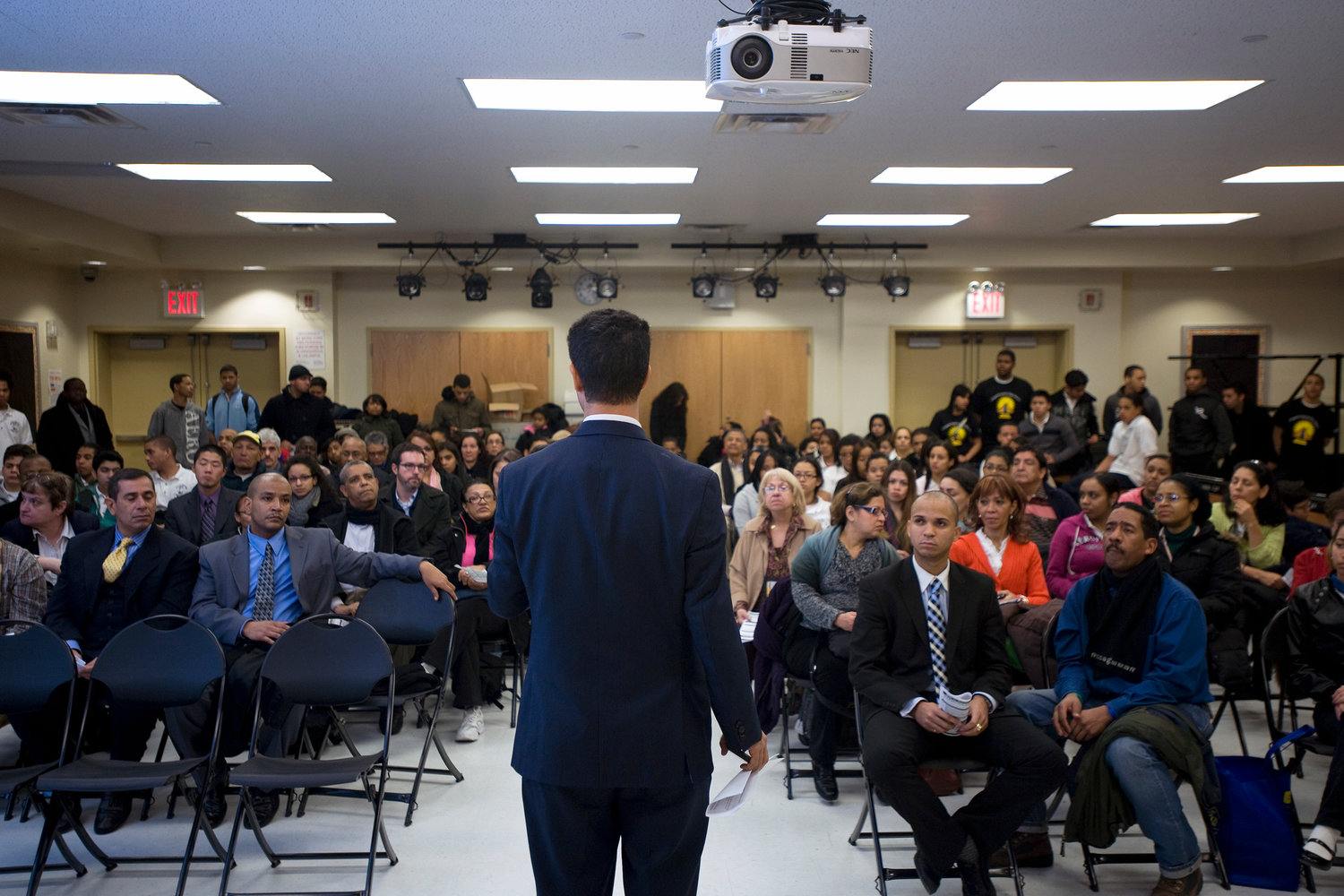 After serving on the city council for 12 years, Ydanis Rodriguez — who represents Marble Hill and upper Manhattan — is leaving at the end of the month thanks to term limits. He’s set to become the city’s next transportation commissioner.
Courtesy of NYC Council/ William Alatriste 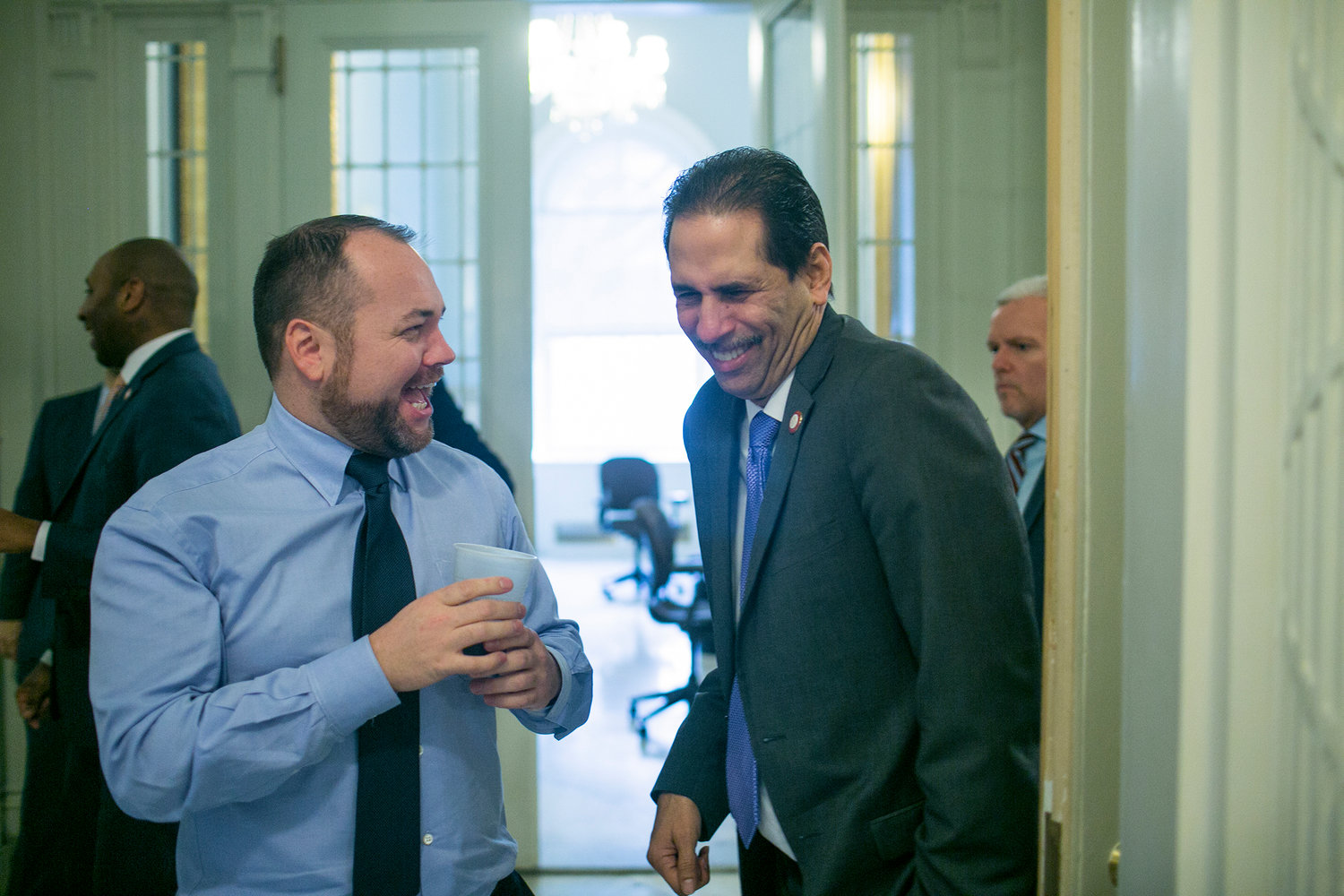 Councilman Fernando Cabrera, who represents parts of Kingsbridge Heights, is leaving the city council after 12 years in office. It’s unclear what Cabrera has next on his place after losing the Bronx borough president race to Councilwoman Vanessa Gibson earlier this year.
Courtesy of NYC Council/ William Alatriste 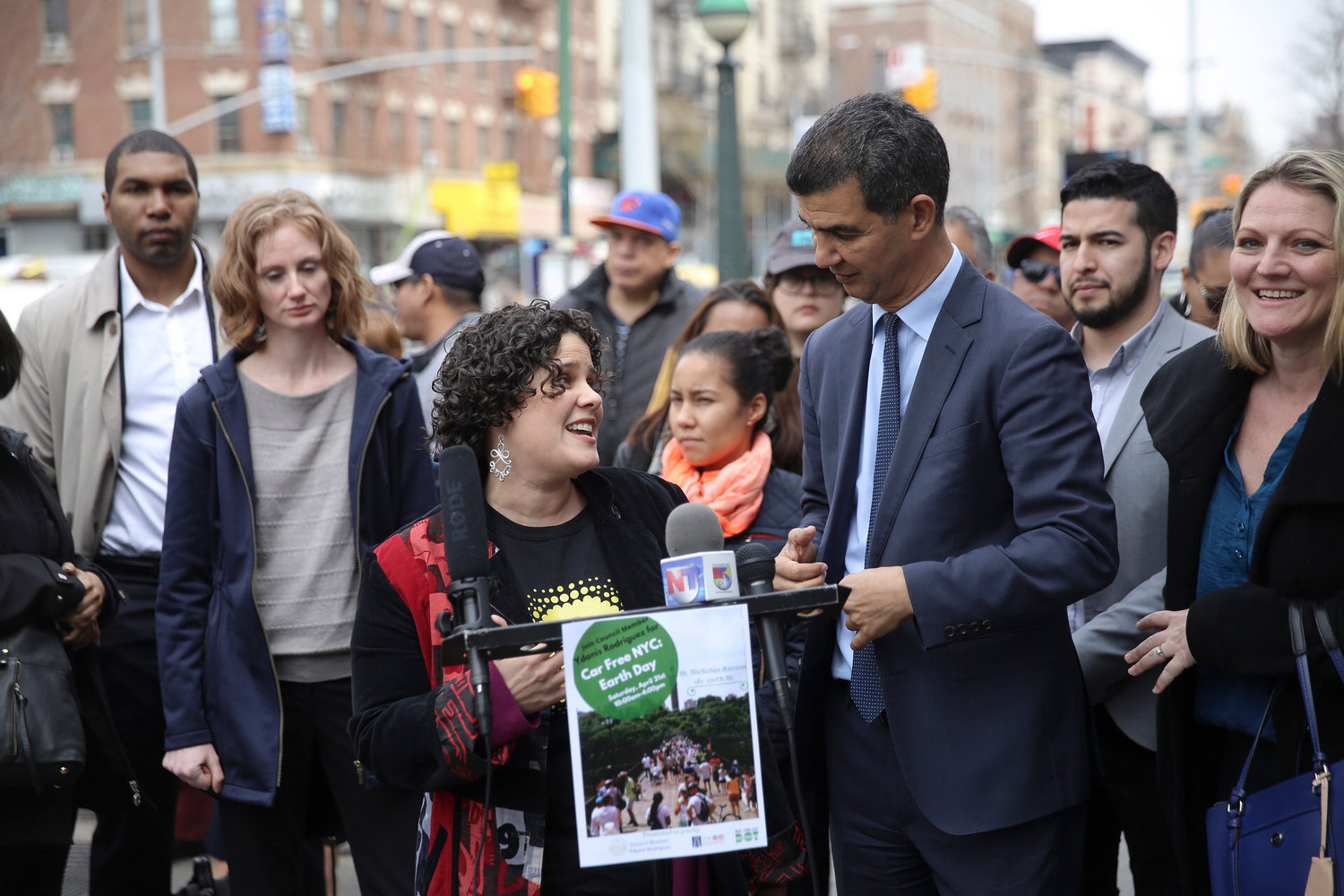 Councilman Ydanis Rodriguez championed Car-Free Earth Day as one of his pedestrian- and environmentally friendly programs he led as chair of the council’s transportation committee. Rodriguez leaves office after 12 years thanks to term limits.
Courtesy of NYC Council 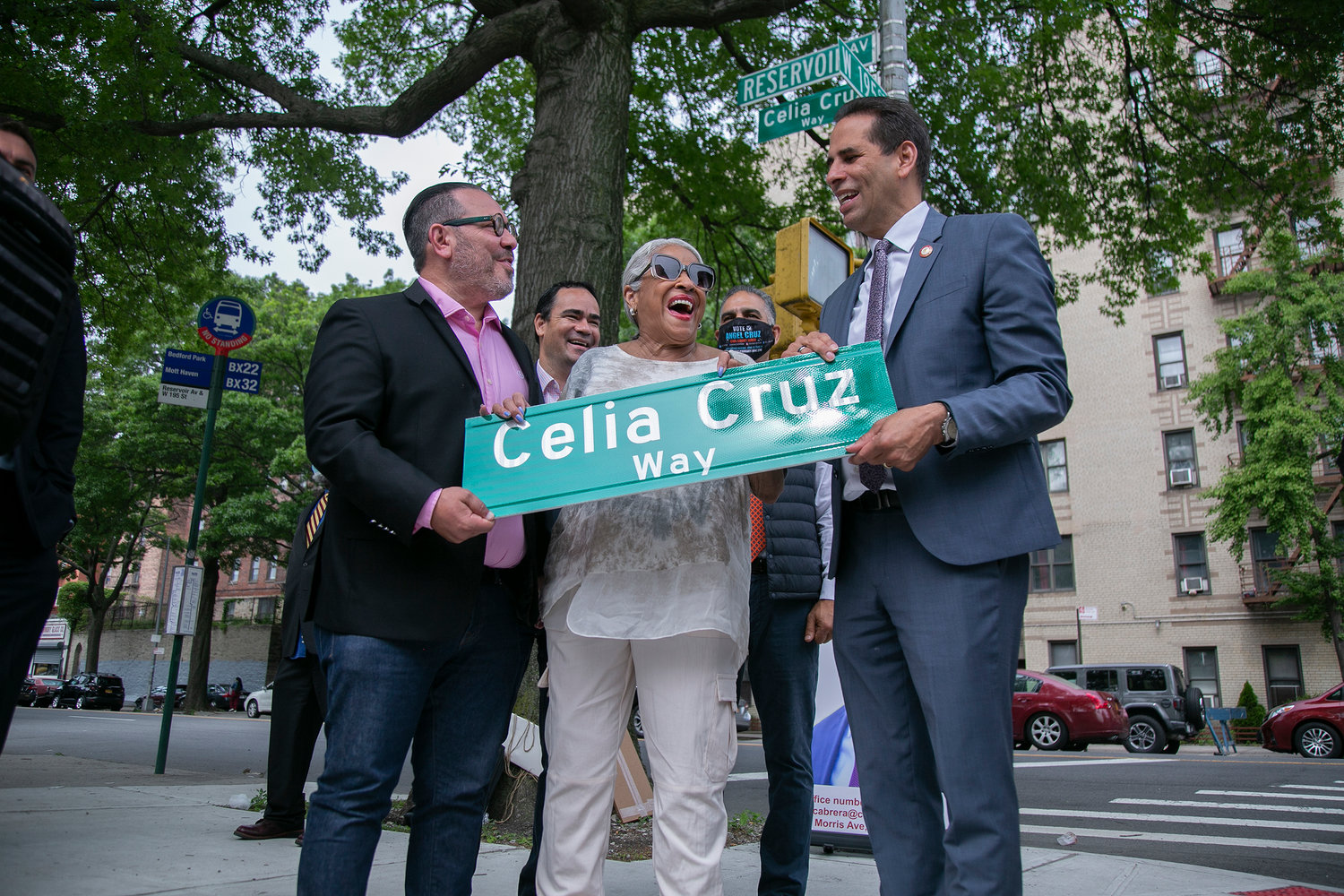 Councilman Fernando Cabrera stayed busy during his 12 years in office — including ceremonial street namings. Yet it’s unclear what’s next for Cabrera, who has not been seen much publicly since he lost a race for Bronx borough president earlier this year.
Courtesy of NYC Council/ William Alatriste 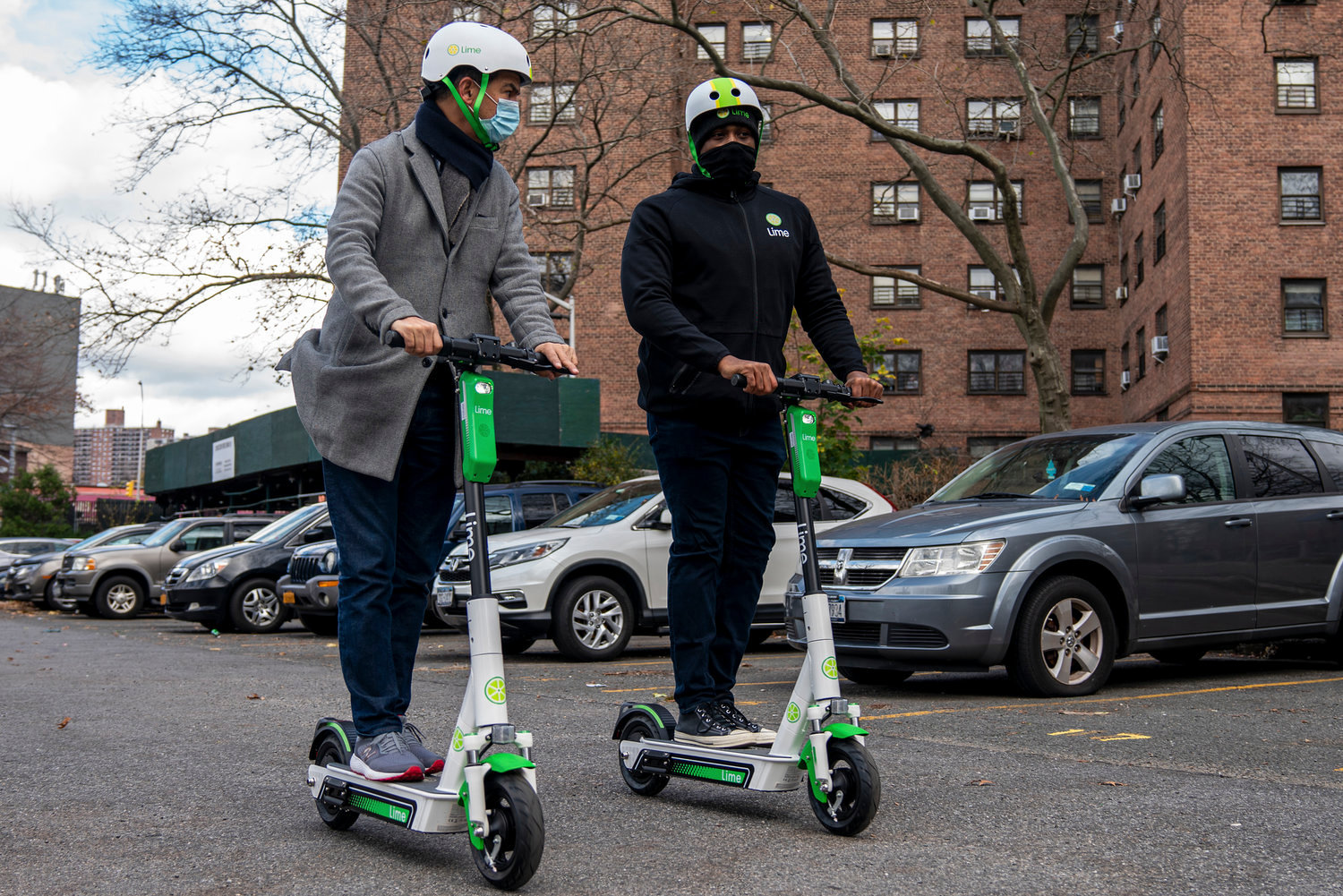 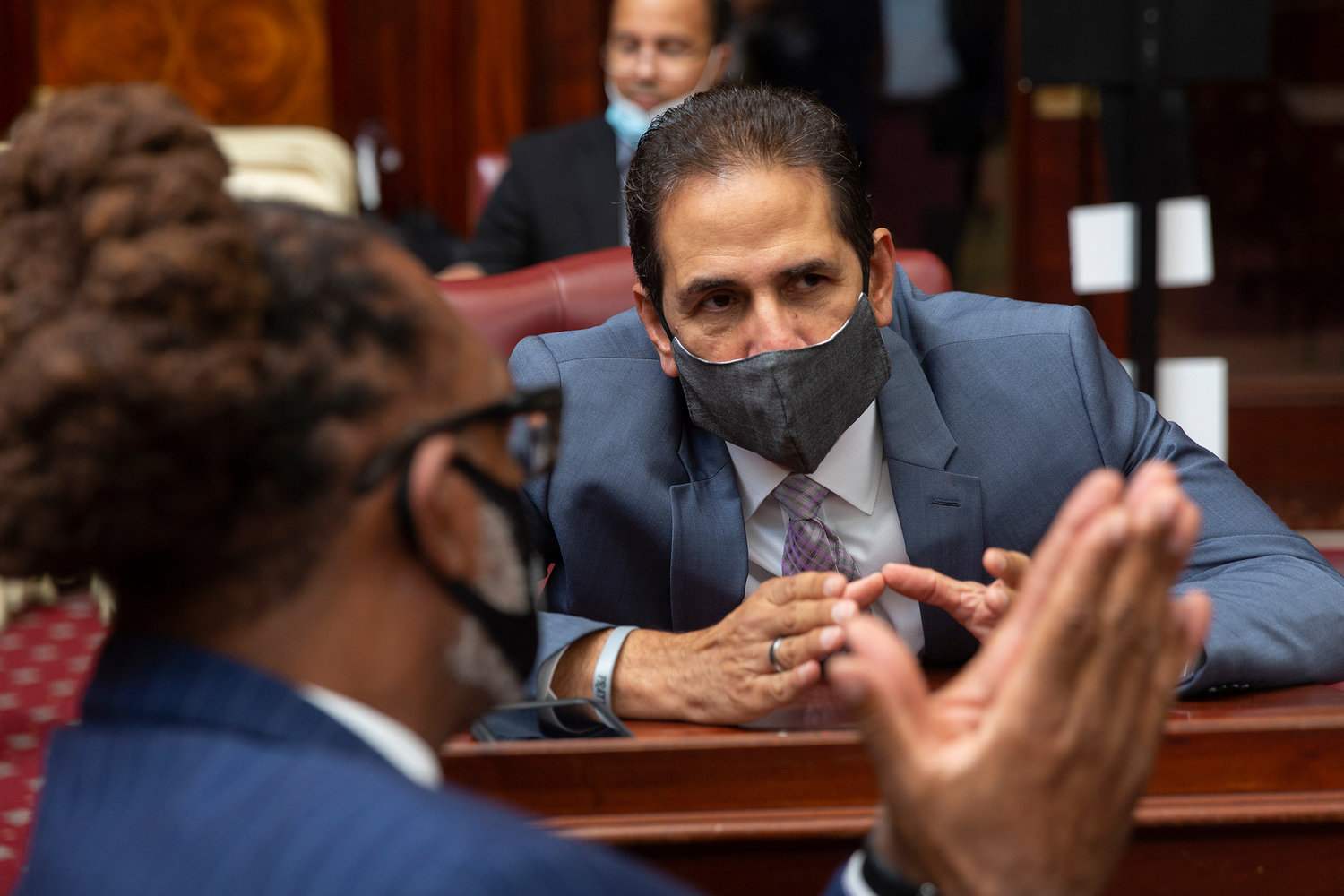 After 12 years in office, Councilman Fernando Cabrera leaves City Hall thanks to term limits. It’s not clear what the councilman’s next career move will be after losing a Democratic primary for Bronx borough president earlier this year.
Courtesy of NYC Council/ William Alatriste 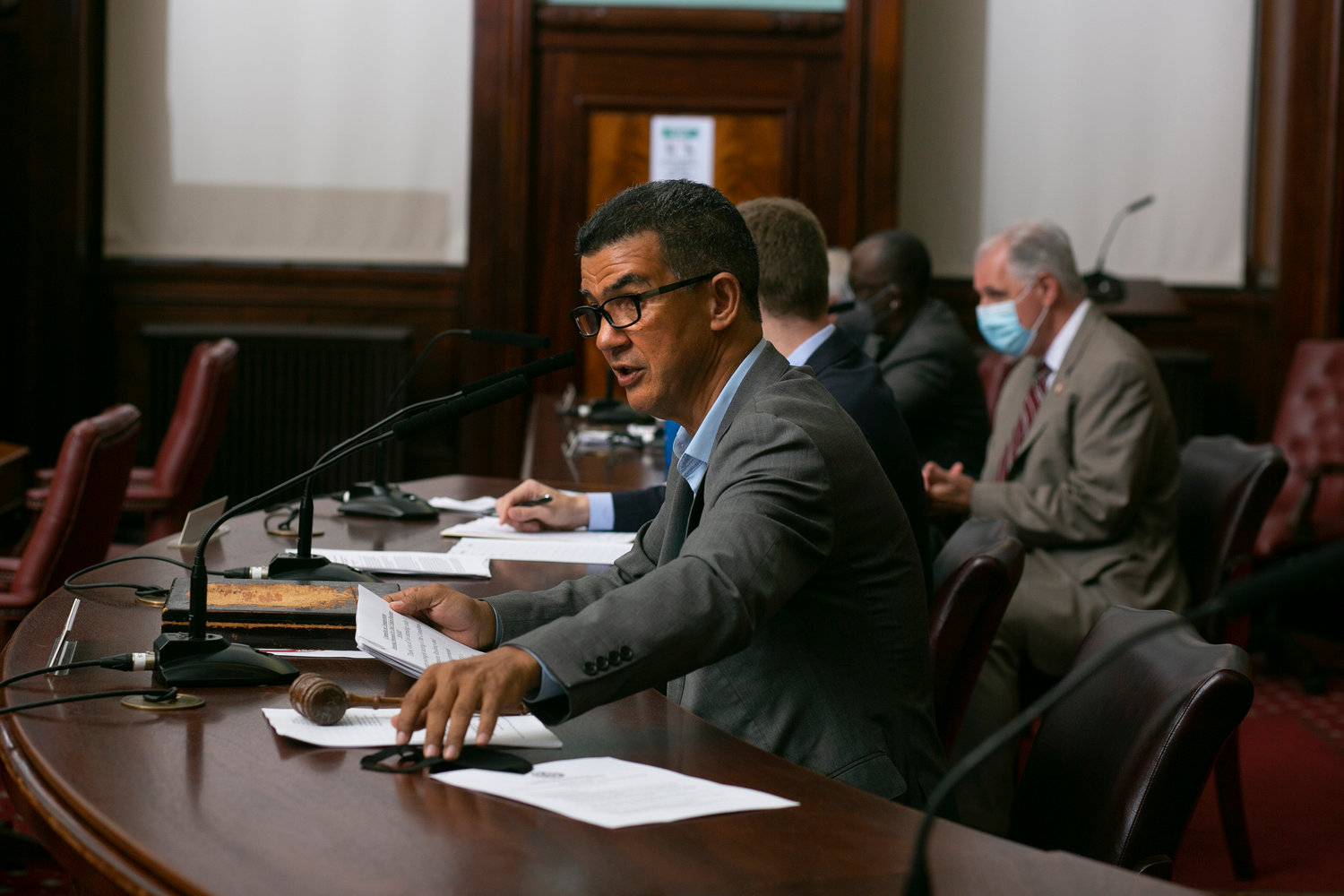 Ydanis Rodriguez is leaving the city council in just a couple weeks after serving 12 years. Rodriguez was part of Mayor-elect Eric Adams’ transition team, earning a nod just this week to serve as the city’s new transportation commissioner.
Courtesy of NYC Council/ William Alatriste
Previous Next
By ETHAN STARK-MILLER

In a little over a week’s time, the book will close on 2021 with sights set on a new year. And like any other annual turnover, many will think about the New Year’s resolutions they’ll likely break, and plans for 2022.

But for city council, the end of this year means the end of an era.  That’s because a majority of the council — more than 30 of its 51 members — are leaving office thanks  to term limits.

That would have affected all three councilmen in this corner of the Bronx, except Andrew Cohen stepped down nearly a year ago to become a Bronx Supreme Court judge.

But sticking it out until the end are Ydanis Rodriguez and Fernando Cabrera — even if Cabrera has been largely unseen since losing a primary race for Bronx borough president last summer.

For Rodriguez — who was named as the city’s next transportation commissioner on Monday — his 12 years on the council were time spent holding onto his roots.

True to form, Rodriguez is most proud of seeing significant improvements in education during his time in office. Schools in northern Manhattan were brought into good standing when it came to reading, writing, math and science for the first time during his tenure.

Rodriguez also helped introduce technology and robotics programs into many of the schools he represented while spending more than $1 million in city funds over the last couple of years expanding the City College of New York STEM Institute. That’s a program allowing low-income high school students to access college-level science, technology, engineering and math courses.

“I can say, with the support of my colleagues, with the participation of parents, students, academics, members of the private sector … we can say that we are leaving the council in the next few days (with) the education in northern Manhattan in good quality,” Rodriguez said. “Still, much more has to be done.”

As chair of the council’s transportation committee, Rodriguez feels he’s helped to make the city’s transportation infrastructure more environmentally friendly. Something that’s increasingly important as extreme weather events like the remnants of Hurricanes Ida and Sandy become more common in this part of the country.

This can be seen, in the city’s efforts to build bike lanes, Rodriguez said, as well as the expansion of the e-bike and bike-share programs across the five boroughs.

Rodriguez hopes the new council will continue several transportation initiatives started during his tenure that are not quite complete. Like highlighting the need for the Metropolitan Transportation Authority to increase subway accessibility by adding elevators to many of the stations that don’t have them.

“We highlighted in many of the stations, starting with the West 242nd Street 1 train, the need to get elevators at stations such as 242nd,” Rodriguez said. “We said it didn’t make sense that someone that is in a wheelchair and needs the train, who lives on Dyckman (Street), had to use the downtown side of the 1 train that has (the) elevator. Go down to 96th Street at the next station, they could transfer in order to come back to West 231st and Broadway.”

Rodriguez also contributed to impproving public and affordable housing in his district, like a $500,000 project he brought to the Marble Hill Community Center to update the facility’s bathrooms and community spaces. He also secured hundreds of new affordable housing units for Inwood when the city passed a controversial rezoning for the neighborhood in 2018.

Cabrera, who represents part of Kingsbridge Heights, didn’t respond to multiple requests for comment. The outgoing councilman — who chaired the government operations committee — however did reflect on his time in City Hall during the body’s final stated meeting last week.

“What can I say after 12 years?” Cabrera said. “Twelve amazing years. We had an amazing ride. Every time I go through those gates, from day one to this day, I’m so humbled by the opportunity that I had. And I want to thank God and my constituents for the opportunity. And my staff, many who stuck with me for the last 12 years.”

It’s unclear what Cabrera will do since his defeat for the Bronx’s top job to his council colleague Vanessa Gibson earlier this year. He’ll be replaced on the council by Pierina Sanchez.

Taking over for Rodriguez is Assemblywoman Carmen De La Rosa. When Eric Adams is sworn in as mayor Jan. 1, Rodriguez will take his own oath, replacing Henry Gutman.

But whether it was making improvements to public education, transportation or housing, Rodriguez says everything he did during his time on the council was guided by the values of “dignity, honesty and transparency.”