A BRONX GAME OF THRONES

Escaping the shadows of larger-than-life leaders

Of the thousands of names residing in the borough, it's hard to find any as prominent as those of Biaggi and Dinowitz

Alessandra Biaggi, with late grandfather, U.S. Rep. Mario Biaggi, along with school teacher Eric Dinowitz, and father Assemblyman Jeffrey Dinowitz. The names Biaggi and Dinowitz have significant political clout, but which truly has the power to become a Bronx dynasty?
MICHAEL HINMAN / Illustration 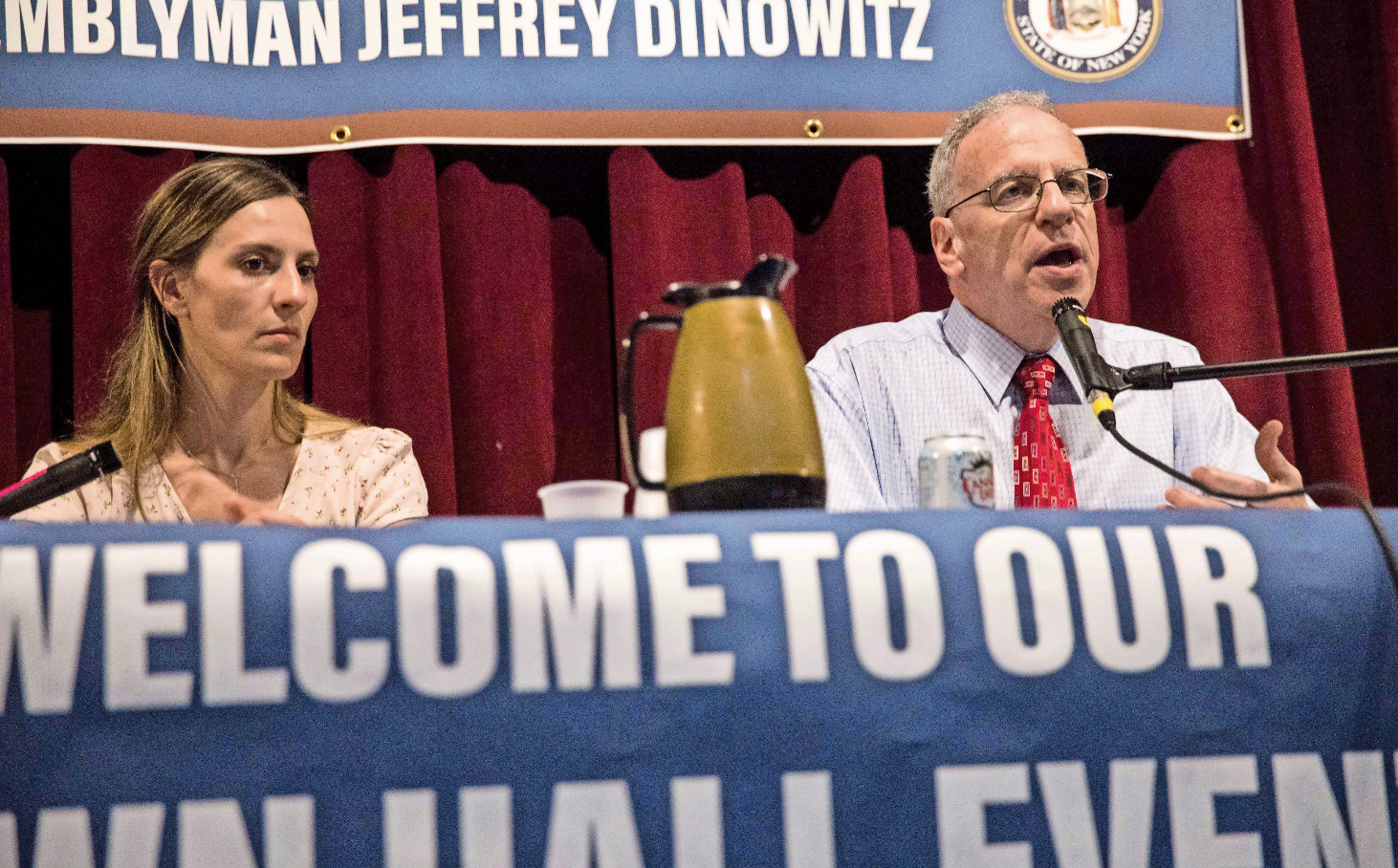 There is a lot state Sen. Alessandra Biaggi and Assemblyman Jeffrey Dinowitz have in common, especially when it comes to family legacy in this part of the Bronx. But then again, when it comes to politics, where does name recognition begin, and forging your own path begin? Some candidates like the Assemblyman’s son Eric Dinowitz could get a taste of that next spring in a special city council election to replace Andrew Cohen.
JULIUS CONSTANTINE MOTAL / File 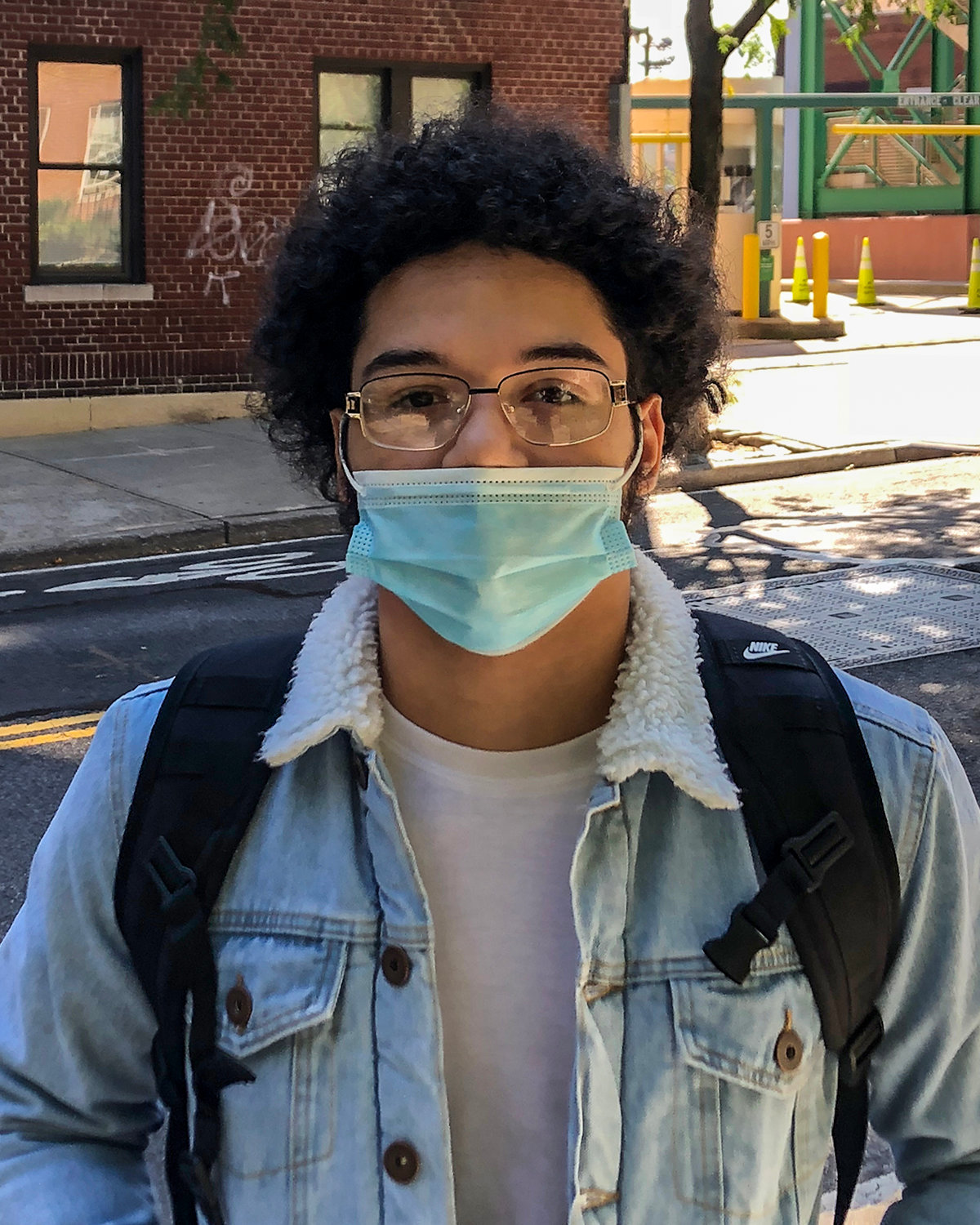 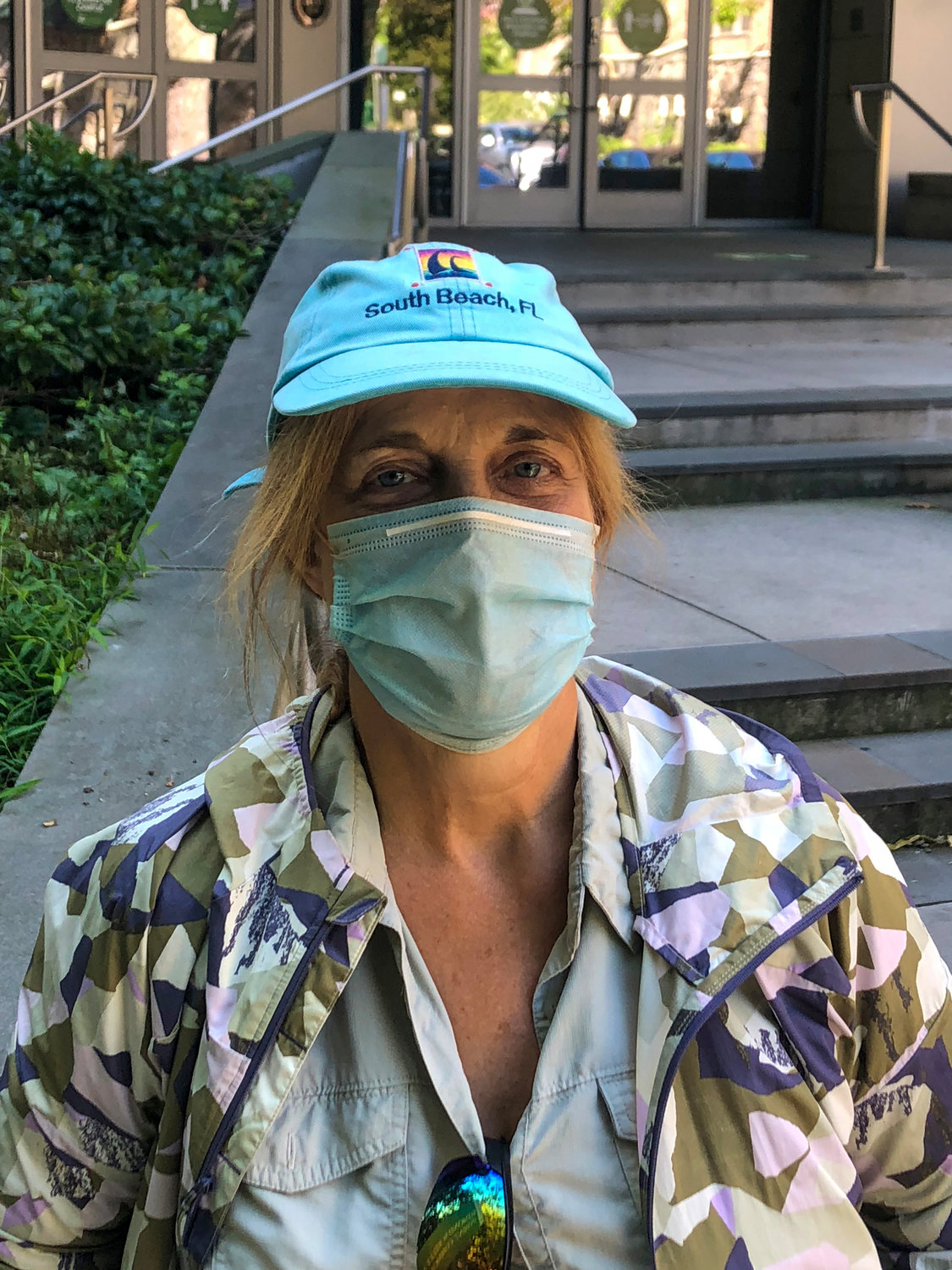 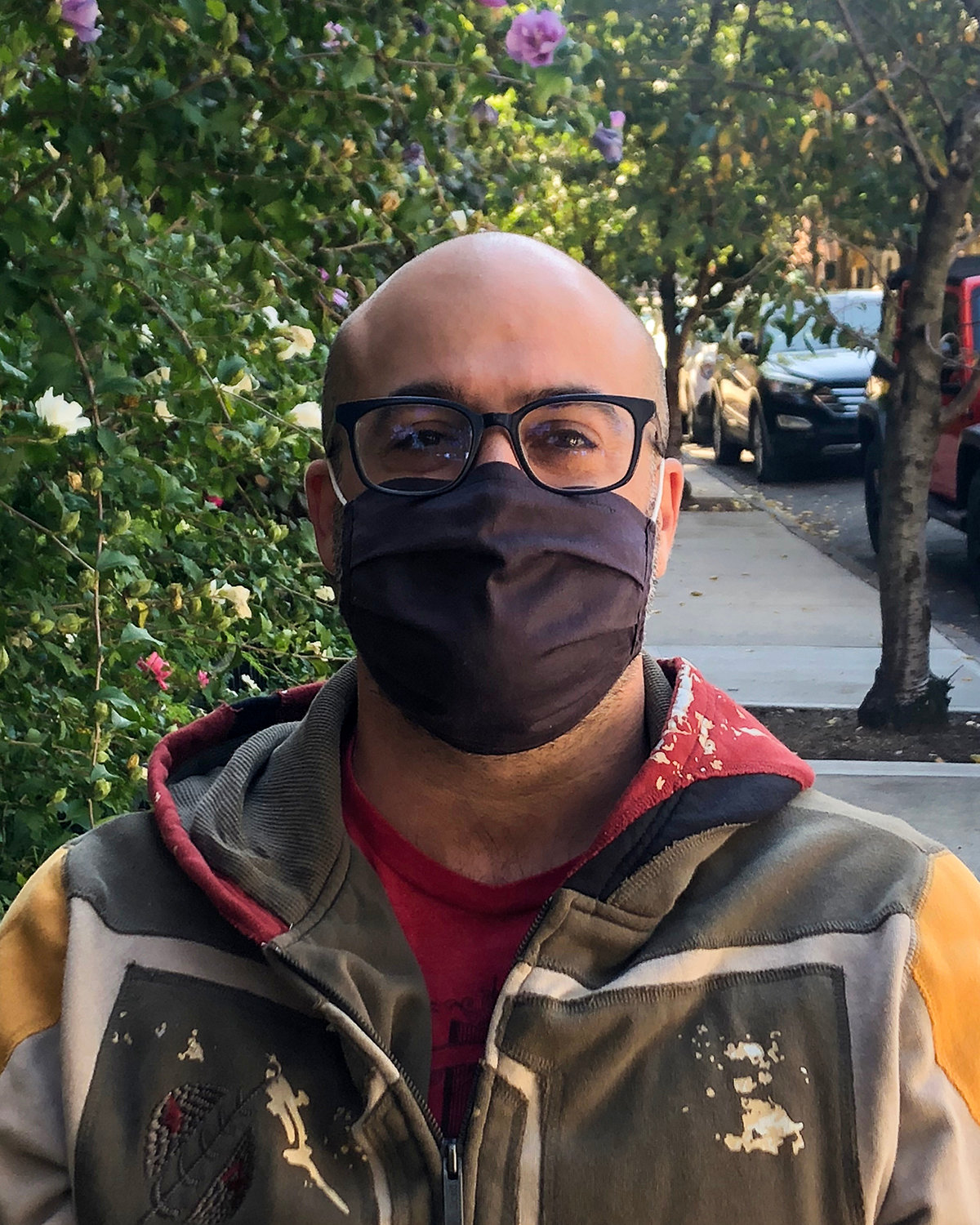 When a young Alessandra Biaggi climbed into the oversized chair at her grandfather’s dining room table, the word “dynasty” wasn’t even in her vocabulary.

For her, Mario Biaggi wasn't a congressman. He wasn’t one of the most powerful men in the Bronx at the time. He was simply grandpa. Conversations and outright debate would criss-cross that table, and Alessandra would listen to every word. She might not have understood much of what was discussed, but she knew what was happening there, it was important.

“The fact that I even grew up around a table where people were talking about politics regularly since I was like so tiny made it so normal for me,” Biaggi said. “I cannot over-emphasize how important that was, when things become really normal for you.”

It’s the kind of discourse missing for many young people, not just because it seems government is constantly underperforming, but also because politics just isn’t considered polite conversation in many social circles.

“So much of where we have gone wrong in society is that we don’t make it normal for people to talk about government and politics, even though it is literally the thing that has the most impact on our lives,” Biaggi said.

Those conversations made a difference for Biaggi — so much that when it came time for her to seek political office of her own, all the strategy discussion for her state senatorial run took place around the very same table.

Yet, that’s the closest Biaggi will ever get to a Bronx dynasty. Her victory over state Sen. Jeffrey Klein came 30 years after her grandfather was forced to step down from Congress after he was convicted in a pair of corruption trials. And Mario died in 2015 when his granddaughter was still working as a lawyer for Gov. Andrew Cuomo in Albany.

Still, Mario Biaggi’s influence over his granddaughter can’t be denied.

“I think anybody who is in a family with someone who is really larger than life … it’s amazing in their actual sense of the definition of the word ‘amazing.’” Biaggi said. “To have that much of an impact on so many people is such a really big deal.”

Eric Dinowitz can relate. His father has been a key political figure in this part of the Bronx since before he was born, and has served as a state Assemblyman for almost as long as he can remember.

While many sons may want to follow the same career path as their fathers, Eric’s decision to jump into the city council race to succeed Andrew Cohen had little to do with Jeffrey Dinowitz’s actual position. Instead, it was more about the commitment to the community he saw not only of his father, but his mother Sylvia as well.

Still, it’s almost impossible for anyone to talk about Eric without at least mentioning Jeff. It’s something that has been both a blessing and a curse as the younger Dinowitz prepares for a special election next spring.

Many want to compare the two, even accuse them of being nothing more than a single mind. But Eric is quick to point out differences, starting with the recent presidential race.

Eric supported Massachusetts Sen. Elizabeth Warren. Jeff? Former vice president Joe Biden. Part of that divide could be generational, or it also could come from the fact Eric is an educator, just like Warren.

“If the most frustrating thing in my life is that people associate me with the work my father does, I don’t have much to complain about,” Eric said.

While some Klein supporters accused Biaggi of running on her family name in 2018, it wasn’t a name that had been in the spotlight much in recent years. Younger voters, in fact, didn’t even know Alessandra’s grandfather was anyone of note, and scrambled to learn more through local history and old newspaper clippings.

The Dinowitz name, however, is far more fresh in many people’s minds. Jeff Dinowitz was elected to the Assembly in 1994, and has remained there since. He’s been a leader among Bronx Democrats, and has invited not only support, but heavy criticism as well.

If Eric does overcome a crowded field to win a city council seat, that would put a Dinowitz at both the city and state level for many constituents in this part of the Bronx. It’s a strategy as old as politics itself — depending on voter apathy and name recognition to give that needed boost at the polls.

“It’s even more … likely to happen when you get to the local level,” said Margaret Groarke, a political science professor at Manhattan College. “I might not know an awful lot about who’s running for this local seat, but I recognize that name.”

It’s not that Dinowitz is the only recognizable name. Dan Padernacht’s family has been a staple of Kingsbridge Heights for three generations, although Dan is the first to really seek political office. Jessica Haller has made her own name, primarily in environmental circles, while some of the other candidates might still need more of an introduction to voters.

New York might still look closely at names like Cuomo or even Giuliani, but other parts of the country have started to steer away from political dynasties. Joe Kennedy III learned that the hard way. The Massachusetts congressman decided to challenge Ed Markey for his U.S. Senate seat, and became the first member of his family to lose an election on his home turf.

But if recent elections like those that propelled Biaggi to the state senate and Jamaal Bowman to Congress are any indication — familiarity isn’t a sure path to victory. Sometimes the desire for a new face, a new name, simply wins out.

“I think there were a significant amount of voters in the 16th Congressional District who maybe didn’t think there was anything particularly bad” about incumbent Eliot Engel, Groarke said.

“But they were ready to send a new voice and a new perspective to Congress.”

Say either “Biaggi” or “Dinowitz” to Melissa Schori, and she knows exactly who they are. One of the benefits of being a longtime Riverdale resident. But seeing their names on the ballot doesn’t automatically mean they’re going to get the vote.

“What I’m looking for in a candidate, sure I look at their ideas, but I also want to get a sense of if they care about the community and do they care about the issues they talk about,” said another resident, Jim Hoover. “Or is it just spin and talk.”

John Moscoso is just 19 and is essentially at the beginning of his life as a voter. But he’s also willing to do his homework before casting his ballot, checking any voter apathy at the door.

“I think we need new faces and fresh new ideas instead of these recurring families that have taken control of the Bronx or New York,” Moscoso said. “I just think we need different laws.”

Mario Biaggi is no longer part of political inner circles, but it doesn’t mean his presence isn’t felt. Because of that, Alessandra Biaggi more often than not finds herself needing to escape his long shadow.

“I don’t feel how I usually feel when compared to a male colleague, where it’s like, ‘Hey, I just said that! Why are you giving that person credit versus me?’” the state senator said. “It’s still a really interesting feeling, and it’s important for me to forge my own way, because I am a different person than him. But still, it feels endearing, because it keeps him close to me, if that makes sense.”

Jack Marth, whose knowledge of local Bronx politics seems almost encyclopedic at times, makes no secret of his support for Alessandra Biaggi. But it has nothing to do with her grandfather.

In fact, he’s not a fan of political dynasties at all.

“I think they need to earn their place and earn their position through their own merits,” Marth said.

“Not just because of a name.”