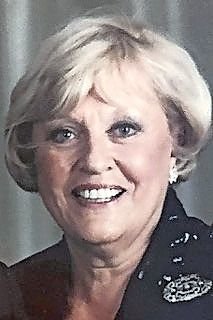 It was hard not to notice Eva Brunner Cohn when she came into a room. She was an elegant, beautiful blonde woman, but she could attract attention with an insightful remark delivered with a slight European accent. Or by being boisterous and funny — always with a twinkle in her eye.

And she had so many friends that if you were in that room, you probably knew and liked her. Or you had volunteered with her at a charitable organization.

She died peacefully in her sleep at home, according to her son Charles, on Sunday, Jan. 23, 2022.

She was just six months shy of her 91st birthday.

In his eulogy last week at Conservative Synagogue Adath Israel of Riverdale, Charles recalled that she had been born in Berlin, Germany, on June 9, 1931. As Nazism gripped the country, she became a “true citizen of the 20th century,” emigrating first to Switzerland in 1938, then to England, Canada, New Rochelle, and finally, Riverdale — with frequent side trips to a vacation home in Amityville.

With a talent — and a passion — for art, she graduated from New Rochelle High School and Skidmore College before continuing her studies under noted color theorist Josef Albers at Yale University.

Albers was a fellow German expatriate who gained fame teaching at the Bauhaus before it was pressured to shut down by Adolf Hitler’s regime in 1933.

Later in life, she took up the study of Chinese calligraphy and painting, spending eight years developing her skills with Taiwanese “national treasure” Patrick Lee.

She put her training to good use at Riverdale Neighborhood House, creating an art gallery and curating exhibitions featuring local artists. She also was a board member of the Bronx Opera, and treasurer of the Leo Baeck Institute, which her parents helped found.

She was an honored board member of the New York Association of New Americans — helping to settle immigrants from around the world — a “Lion of Judah” at the United Jewish Appeal, and a member of the Riverdale Yacht Club.

While at Yale, she met the editor of the Yale Law Review, Donald J. Cohn. His studies, but not their romance, were interrupted when he enlisted in the U.S. Coast Guard during the Korean War. They were married shortly before he shipped out for six months tracking icebergs in the North Atlantic.

As Charles put it, “My mom was a fantastic partner with Dad, but always her own woman. She supported his legal career (as the head of litigation at Webster & Sheffield) while raising four rambunctious children — often on her own for weeks at a time — while he was trying cases across the country.”

An involved parent at Riverdale Country School, she found herself making costumes for the drama department, and she was so diligent in providing football-playing sons to coach Frank Bertino that she was named “Football Mother of the Decade.”

“But,” Charles recalls, “she always had a gourmet dinner for six on the table when Dad got home from work,” and she was an elegant hostess, throwing gala New Year’s Eve parties — known for her handmade chocolate mousse — many family birthday and holiday parties and clambakes in Amityville, and big Passover Seders.

One of her husband’s favorite memories of his wife’s mischievous side involves a dinner at Spark’s Steakhouse.

She and Don arrived there a few days after John Gotti had Paul Castellano “rubbed out” at the restaurant’s entrance. She leaned close to the maître-d and requested a table “in the no-shooting section.”

Described by her son Charles as “a great wife for 62 years, and a devoted mother and grandmother,” Eva Brunner Cohn is survived by her sons Charles, Theodore and Ralph, and her daughter Alexandra, along with grandchildren Benjamin and David Cohn.

In lieu of flowers, the family requests donations be sent to the Riverdale Neighborhood House Donald J. and Eva B. Cohn Scholarship Fund.