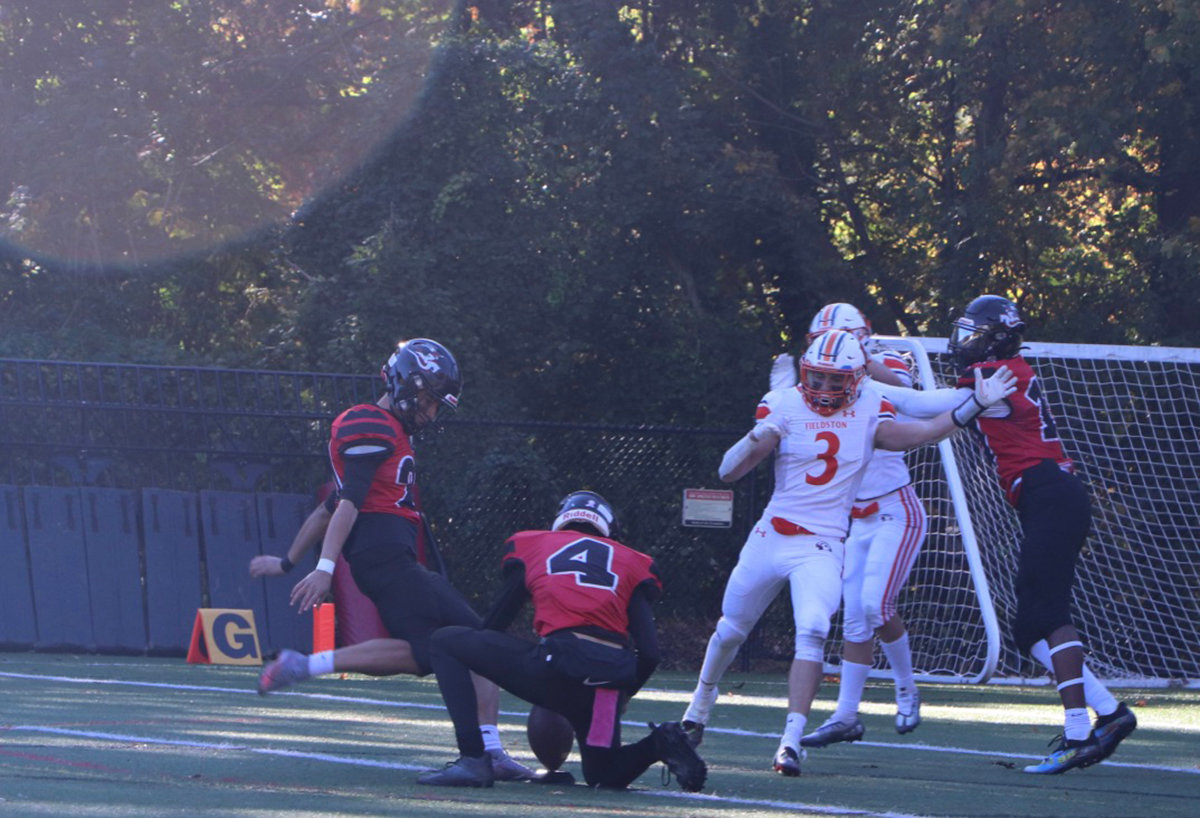 The Fieldston Eagles football season came to an abrupt end Saturday as it lost to the Long Island Lutheran Crusaders, 49-14, in the first round of the playoffs.

This game marked the Eagles’ first playoff appearance since 2018. Coming into the contest, Fieldston lost three of their last four games to finish at 2-6 overall, and 1-2 league.

They suffered major injuries to junior quarterback and running back duo Wes Heiman and Blake Koons throughout these games. The team’s offense had to rely on senior weapons Jackson Fauvre and Jaden Mena.

With Heiman out, Rowhan Daly, a senior, was assigned to take over the quarterback duties.

Daly and the offense were able to put together a great first quarter gaining multiple first downs and ending the quarter with a touchdown drive. This drive was concluded with a Fauvre touchdown reception from Daly. Over the course of the year, Fauvre has been the main receiving threat for the Eagles, scoring multiple touchdowns as well as accumulating 21 receptions.

This score put the Eagles up 6-0 to end the first quarter.

The Crusaders opened the second quarter with a touchdown drive and were able to build a 28-6 margin heading into halftime. The Crusaders’ reign continued in the second half as they outscored the Eagles 21-8 in the final two quarters.

After the game senior captains, Declan Semler and Quincy Levitt, were very proud of the teams performance:

“Looking back on the year, this squad has been through so many ups and down. I’m just so proud of the way this team fought today,” Levitt said.

Semler added: “I’m really excited for this teams future next year. I know this loss hurts now, but hopefully the guys will be able to learn from it and keep building next year.

The Fieldston Eagles finished their 2022 campaign 2-6. They were able to battle through many challenges this year, and have a promising future with many starters returning for their 2023 season.