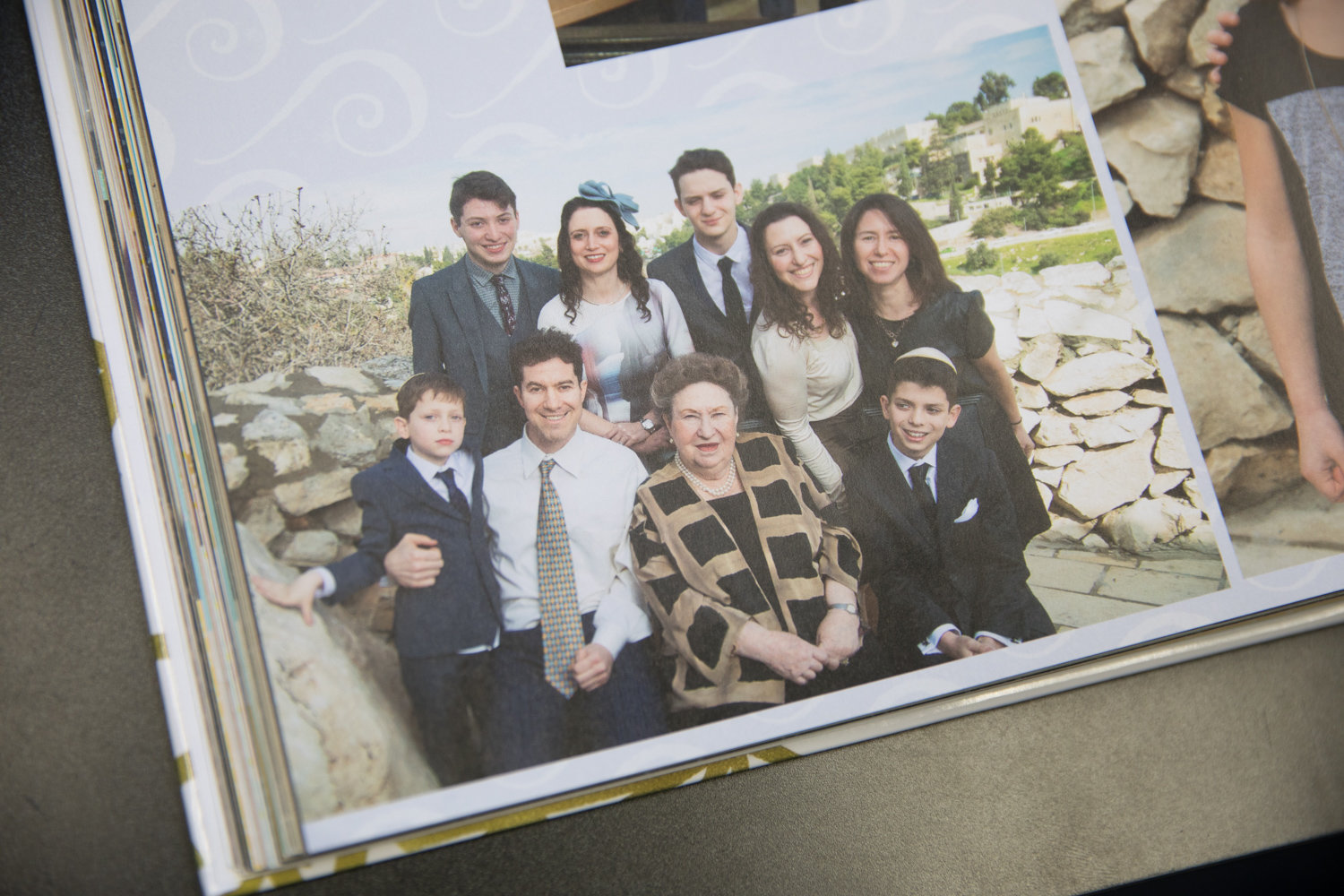 Marilyn Sopher, center, sits with her family in an undated photograph. Sopher and her husband Morris built a real estate empire in the Bronx headquartered in North Riverdale. She died Feb. 22 at 84.
JULIUS CONSTANTINE MOTAL 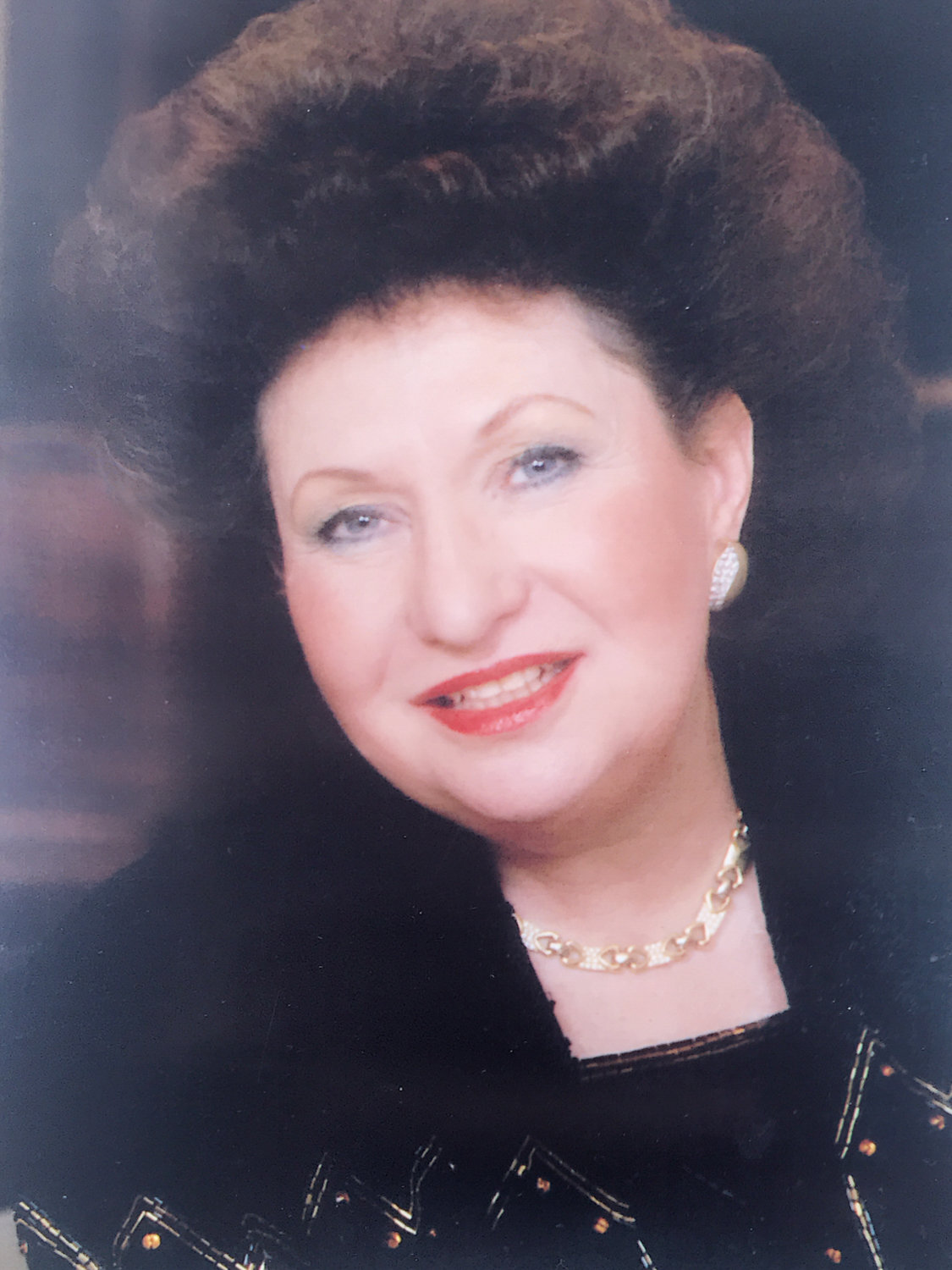 Marilyn Sopher, along with husband Morris, built a real estate empire in the Bronx headquartered in Riverdale. She died Feb. 22 at 84.
GRETCHEN MCHUGH / File 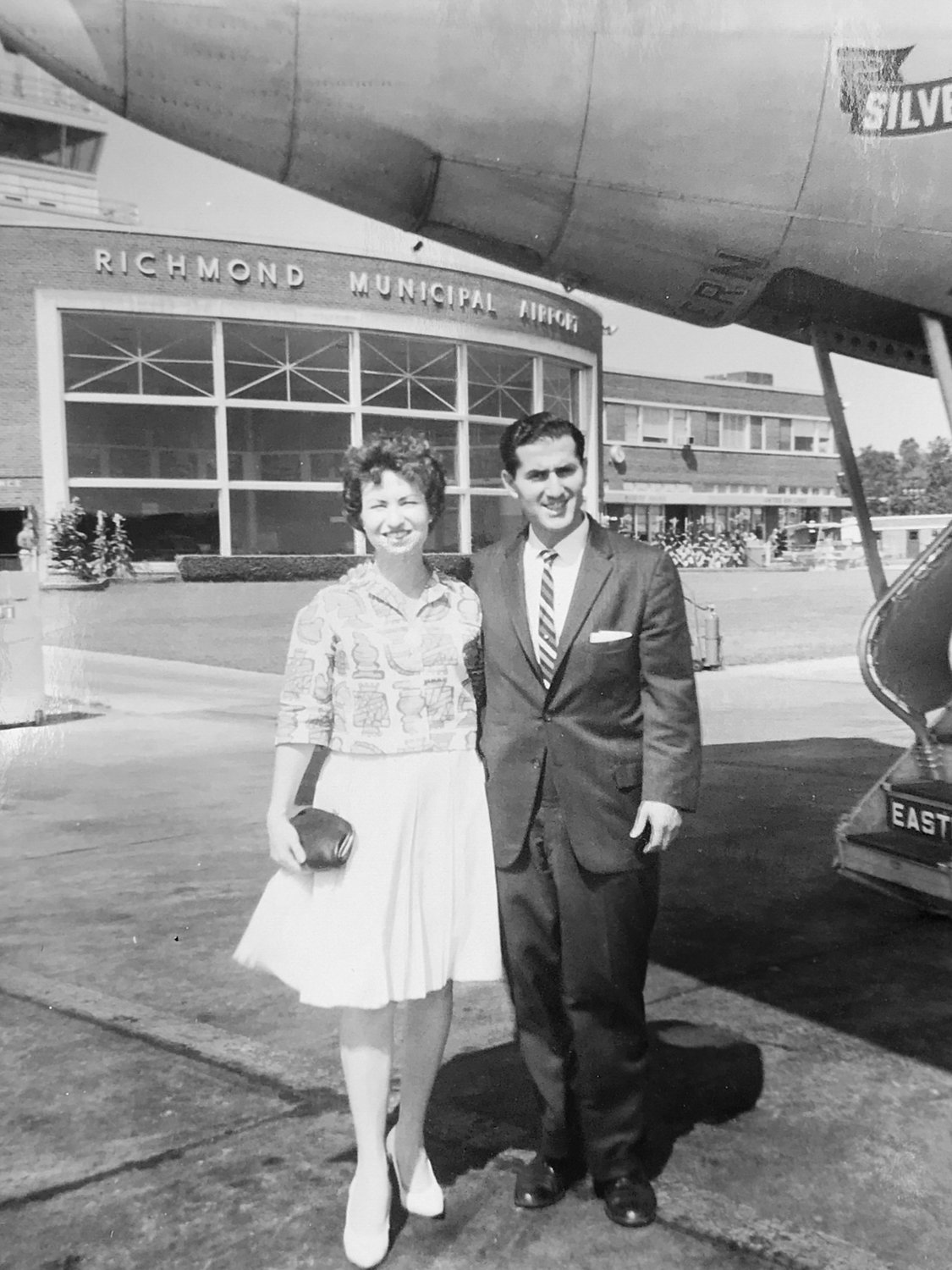 A photograph shows Marilyn Sopher and husband Morris on the day they eloped, Sept. 21, 1961, in Richmond, Virginia. She died Feb. 22 at 84.
Courtesy of Lisa Sopher 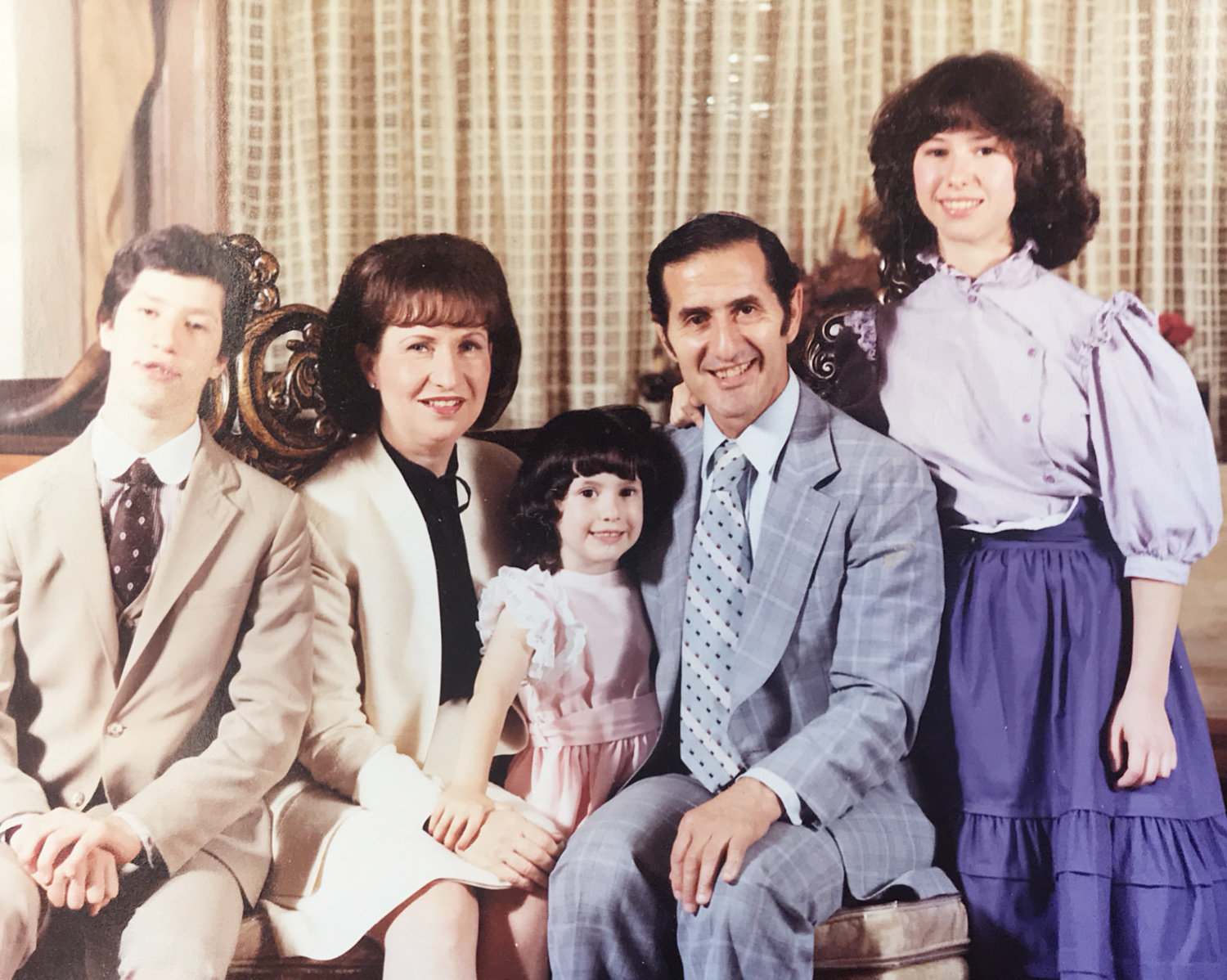 The Sopher family became a real estate stalwart in the northwest Bronx. The Sopher matriarch, Marilyn, second from left, died Feb. 22 at 84.
Courtesy of Lisa Sopher 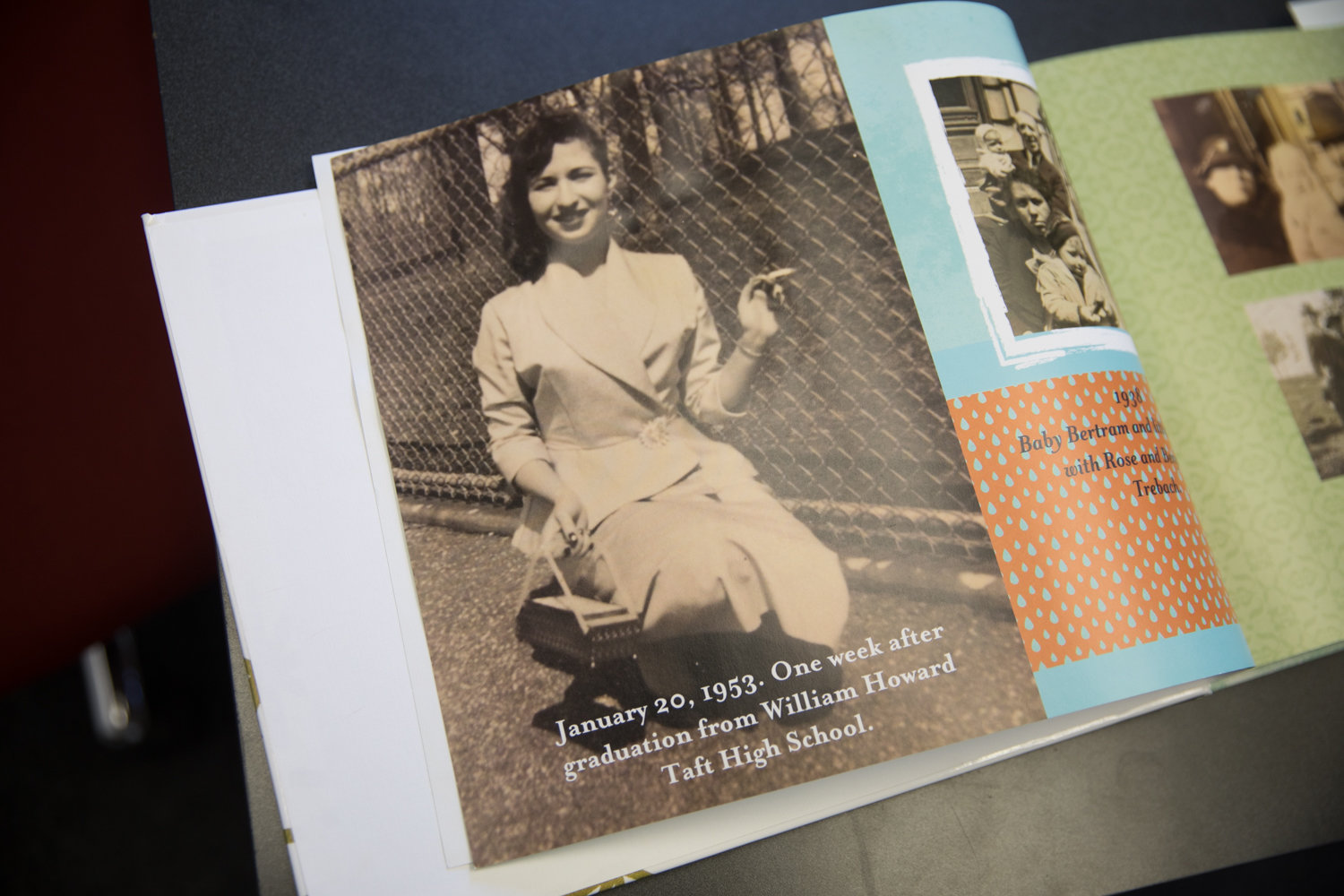 A Sopher family photo album includes a 1953 image of Marilyn Sopher a week after she graduated from William Howard Taft High School in Claremont.
JULIUS CONSTANTINE MOTAL
Previous Next
By ANTHONY CAPOTE

As Rabbi Levi Shemtov packed for his flight, he found himself lamenting at the rush of it all.

He was bound for Israel the next morning, a trip that would keep him on the ground for just 12 hours before he had to turn right back around and return to the Bronx. It was overwhelming, especially when Shemtov considered for a moment whether he could really afford to make the trip.

Luckily Shemtov’s wife was there to keep the Chabad of Riverdale founder’s attention focused on the very important task he had in Israel: Delivering one of the most well-known and beloved members of his community to her final resting place.

That woman was Marilyn Sopher, who founded Sopher Realty nearly three decades ago with her husband Morris, using the success of that business to give back to the Jewish community she called home.

Marilyn died Feb. 22, and Shemtov had the solemn task of reuniting her with Morris, who died in 1998.

And she was right.

Shemtov first met Marilyn 28 years ago when he was looking for a space to bring the Chabad Lubavitch movement to Riverdale. The Sophers helped Shemtov set up shop on Mosholu Avenue, a place Chabad Riverdale called home for four years, without paying a dime  in rent.

But that’s just one of countless anecdotes Marilyn’s friends and family shared in the wake of her passing, just three weeks before her 85th birthday.

Marilyn’s eldest daughter Barbara described her mother as one of a rare breed of people who choose to help others with both their purse and their time. Marilyn frequently — and discreetly — approached people in her community who needed help, offering it in any way she could. This ranged from paying for people’s medical expenses to opening up her home for years at a time.

“I happen to know one woman who worked at A&P Fresh in Skyview who had a cleft lip,” Barbara said. “One day my mother went up to her, and very discreetly, offered to pay for her surgery to have it fixed.

“That was just something she did. She would go up to people who were known in the community to be in need of some help, and she would offer it to them.”

In fact, it seems as though everyone who knew Marilyn had some story to tell about either her fiscal or personal generosity — or both. Shemtov, for example, simply couldn’t stop gushing about his friend’s good deeds.

The rabbi told one story of a man who wanted to cremate his wife after her passing. Shemtov was visiting the man trying to convince him to have a traditional Jewish burial, only to learn that he wasn’t doing it because he couldn’t afford it.

The costs for such a funeral would be several thousand dollars, and all hope seemed lost that Shemtov could make good on his promise to help the widower. Then Marilyn Sopher showed up, wondering why the rabbi was at the funeral home just a few doors down from her then-real estate offices at 6132 Riverdale Ave.

“I told her the situation, and without even thinking, she offered to cover the whole thing,” Shemtov said.

That was Marilyn, however. Always ready and willing to help anyone in need.

Some people “call her their fairy godmother,” daughter Barbara said. “And she talks about the people she’s helped and their lives as if they were her own. She lived through other people.”

And that wasn’t the only time Marilyn opened her home up to strangers. When Barbara was 13, her parents took in two Iranian teens who were forced to leave their parents behind in Iran while trying to flee the rise of Ayatollah Khomeini.

The eldest of the two sisters was 17 when she arrived in the Sopher home, while her 14-year-old sister stayed with a neighbor until she asked if she could live with her sister in the Sopher house.

After a year, the 17-year-old went off to college, but still came by on weekends. The younger sister, however, stayed with the Sophers — Marilyn, Morris, Barbara, Jonathan and Lisa — for six years.

“A lot of my friends used to ask me what it was like having a person like that for a mother, or if it was weird having people in our house all the time,” Barbara said. “To us, there was no other way to live. Our parents were always like that, so I didn’t know there was any other way to be. They were just like extra siblings to us.”

A big part of her mother’s kindness, Barbara said, was her upbringing. Marilyn’s childhood was not an easy one, but it taught her never to take “no” for an answer, or to be ashamed of her own experiences.

“When you grow up the way she did, there is just no shame. She grew up on hard knocks,” Barbara said. “When she was little, her father promised her when she was old enough, he would send her to Hebrew school. But he died when she was 10 years old.”

That didn’t stop Marilyn, however. That year, she went to the admissions board for her local Hebrew school and demanded to be let in. When they told her she needed an adult to advocate for her, she said she didn’t have one. Sure enough, they let her in.

Marilyn’s strong-minded devotion to whatever she set her mind to lives on with her three children and 10 grandchildren. As Barbara puts it, one of the best lessons her mother taught her was to never back down.

In the greater Riverdale community, Sopher’s passing will only mean more and more as time goes by. Shemtov felt lucky to have had a chance to see her in service shortly before she passed away. He used the opportunity to recognize her publicly for her kindness and philanthropy to the entire community.

“She passed away on Shabbat, but two weeks prior she came for a service and sat in the front, which she never did. She always sat in the back,” the rabbi said. “She was not a pillar of the Jewish community, she was the rock. I don’t know if we could ever replace her.”

CORRECTION: The parents of two Iranian teenagers who came to live with the Sopher family had to leave behind their parents, who continued to live in Iran. A story about the passing of Marilyn Sopher in the March 5 edition reported an incorrect fate of the teenagers’ parents. Also, Rabbi Levi Shemtov visited a man in his home who had originally wanted to cremate his wife. The same story listed a different place the two met.