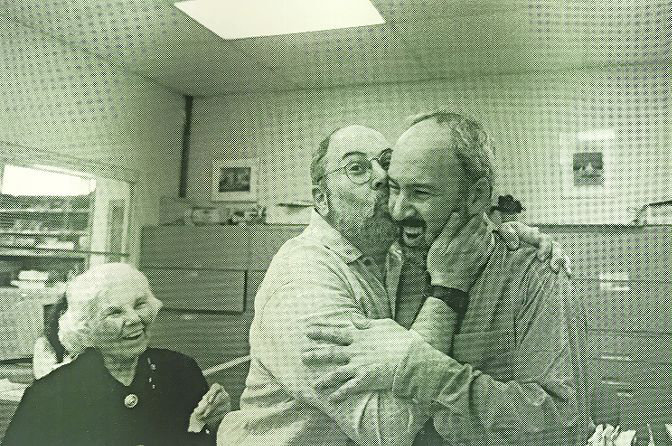 Within minutes of learning he won the Pulitzer Prize in 1998, Buddy Stein is embraced — and even kissed — by his brother, Richie Stein, with their mother Celia Stein beaming nearby. It was the proudest moment for this family, but one that almost never happened.
SUSAN B. MARKISZ / File 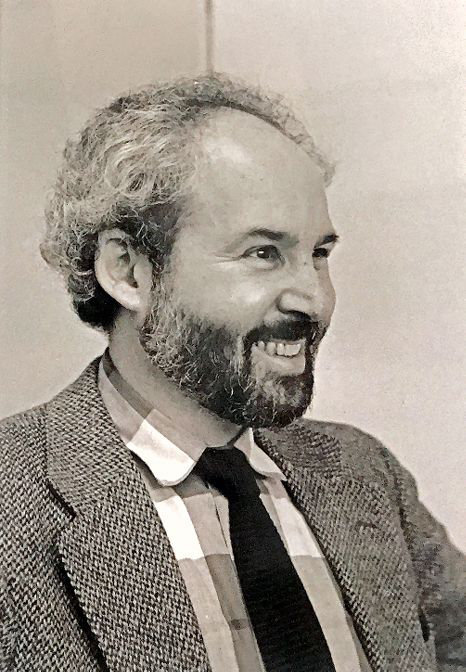 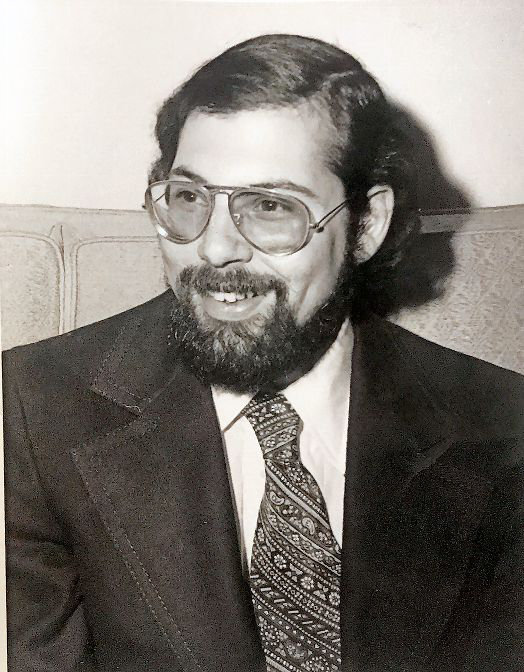 Bernard and Richard — or for just about anyone who has shared at least a hello with them at some point: Buddy and Richie.

They grew up in the same house. In the same community. With the same parents. But Buddy and Richie couldn’t be any more different. When one goes left, the other heads right. Smile? Frown.

Yet there was one thing Buddy and Richie did agree on quite confidently growing up — neither of them were going to work in the family business.

That family business, of course, was The Riverdale Press, founded in 1950 by their parents, David and Celia Stein. Riverdale was rapidly growing in those days from a suburban-like enclave to a community that left no doubt it was part of New York City.

And The Press was very much part of the community, needing to endure long past David and Celia Stein.

“Our parents made it very clear to us from the beginning that we were supposed to take over the paper,” Richie remembers. “Buddy, he was the writer. I was the artist.”

Buddy’s growing mastery of the written word was exactly what his parents had hoped for. But Richie’s drawing? Not so much.

“I would always bring a pen or a pencil to the dinner table,” Richie said. “They’d ask me something, and I would try to sketch it. And my mom would slap my hands, ‘No! Use your words! You talk!’”

From about that point forward, Buddy and Richie were on far different trajectories. Buddy would graduate from Bronx Science, while Richie became an alum of Horace Mann School. Buddy got accepted into Columbia University, while Richie ultimately landed at Cornell. Before long, Buddy had found a great life in San Francisco, caught up in the free speech movement at Berkeley, and got a job with a group tasked with poring through the world’s most extensive collection of Mark Twain’s writings.

What was expected to be a six-month gig ended up being years, and Buddy was as far away from the Bronx and The Riverdale Press as he could get. But then, in 1973, fate intervened.

“We got a frantic phone call that our father had a heart attack and wasn’t expected to live,” Buddy said. “He came back, but he wasn’t able to come back to work. And that was the first time that I sat down at the editor’s desk at The Riverdale Press. I ran the paper, although I had no idea what I was doing. Absolutely no clue.”

Once things settled down, Buddy was able to leave his father’s work desk and head back to Berkeley. Richie, in the meantime, was pushing hard to sell the paper, attracting a lot of interest from Clay Felker, the co-founder of New York magazine.

“He really wanted the paper, and was willing to pay what, at the time, was a very good price for it,” Richie said. “He took me out to dinner and spent the whole time explaining all his wonderful, ambitious plans for the paper — and how every one of them depended on me staying with the paper. And the longer he talked, the more I kept thinking, ‘Well, these all sound like wonderful plans. But if I’m going to stay with the paper, why do I need him?’”

Even worse, it seemed the closer Richie got to signing on the dotted line, the sicker his father would get. And Richie started to understand why.

“It was something that was kind of pulling at us,” Richie said. “You know, this sibling of ours that was the newspaper, and it wasn’t going to be there anymore.”

Buddy’s brief run as editor had also lit something in him. He’d find himself looking out toward home a full country away, and that sitting behind his father’s desk again was inevitable.

“By that time, the paper was really pretty weak,” Buddy said. “I hadn’t realized how tired our father had gotten, and how much weaker the paper had become. He was just a giant at one time — what he did in the ‘50s and early ‘60s was extraordinary. But he was tired.”

In 1979, nearly 30 years after he and Celia put together the very first issue of the paper from inside their Greystone Avenue apartment, David finally got what he had always longed for — his sons following in his footsteps.

The fact Buddy and Richie were so different actually helped them as co-publishers of the paper. Buddy the writer, Richie the artist. But brothers all the same.

The next three decades marked a new era. One filled with new energy in the pages, attracting both firebombs and Pulitzer Prizes. Yet, even all that must someday come to an end. And in the mid-2000s, Buddy realized it was time to start something new.

“I’d always wanted to become a college professor, and I finally got my chance,” Buddy said.

Hunter College called, but by now, Buddy couldn’t just lecture in front of a classroom. He knew the best way to teach journalism is to have his students experience journalism. He founded the Hunts Point Express, and a short time later, the Mott Haven Herald — newspapers staffed by journalism students, covering not Hunter College, but instead the surrounding community that desperately needed the kind of community journalism the greater Riverdale area had enjoyed all these years.

“I set out in 1964 to become a college professor,” Buddy said. “Without The Riverdale Press, I probably might not have realized that ambition. So, yeah. I have no regrets at all.”

Despite their many differences, this is yet one more sentiment where Richie can agree.

While the two have made their own mark on the legacy of what is still, 70 years later, The Riverdale Press, Richie is proud they had a chance to continue the legacy his parents built from scratch in the living room of their small apartment.