For Jasper vets, yoga is no stretch 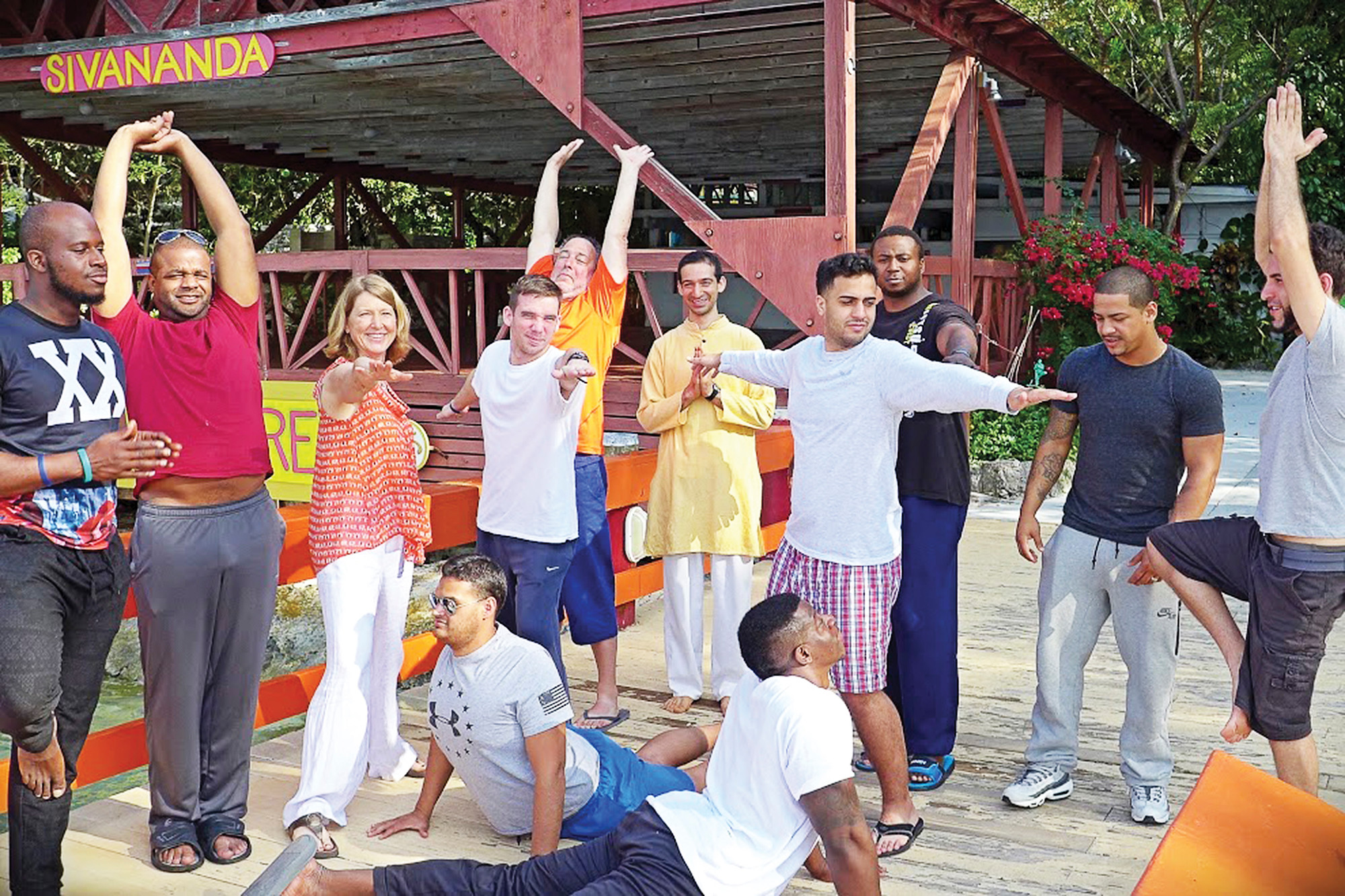 Manhattan College Religious Studies professor Stephen Kaplan was preparing to teach his seminar on mysticism this spring when a student veteran approached him, curious about the class and how yoga fit into it.

After hearing that, Dr. Kaplan thought other veterans at the college might benefit from a yoga and stress reduction program. So with help from Troy Cogburn, an admissions counselor for the college who works with veterans, he arranged a meeting with a group of first-year student veterans.

After getting the college administration on board, he opened two sections of his Nature and Experience of Religion class specifically for veterans. These sections included an extra focus on yoga.

“As things unfolded, the college agreed to let us go for four days to Paradise Island in the Bahamas, to the Sivananda Ashram yoga retreat,” he said. The executive director of Warriors At Ease, an organization that uses yoga and meditation to help veterans, signed onto the trip as well. Mr. Cogburn helped Dr. Kaplan enrolled nine vets in the section.

Retired Petty Officer 2nd Class Paul Gianatiempo, who worked in the Navy as an electrician’s mate until October, was one of those nine.

“I’d heard about veterans doing yoga,” he said, but he hadn’t taken it seriously for himself.

“It was really, really fun and I really appreciate we got to learn about the historical and academic aspects first,” he said, explaining that the background knowledge made him more receptive to the whole experience.

Mr. Gianatiempo, 26, said that servicemen and women are expected to be tough and macho all the time, so “The last thing you think about is probably doing yoga.”

But now, after coming out of the military and the intense pressures that came with being in uniform, Mr. Gianatiempo said yoga has helped him gain a deeper understanding of himself.

For Mr. Gianatiempo, the ashram was the perfect place to put it all together. “It’s just very tranquil. You feel at peace,” he explained.