For RiverWalk couple, key to 70 years of marriage is balance

Rita and Leo Shliselberg have held strong together across the decades, and across continents 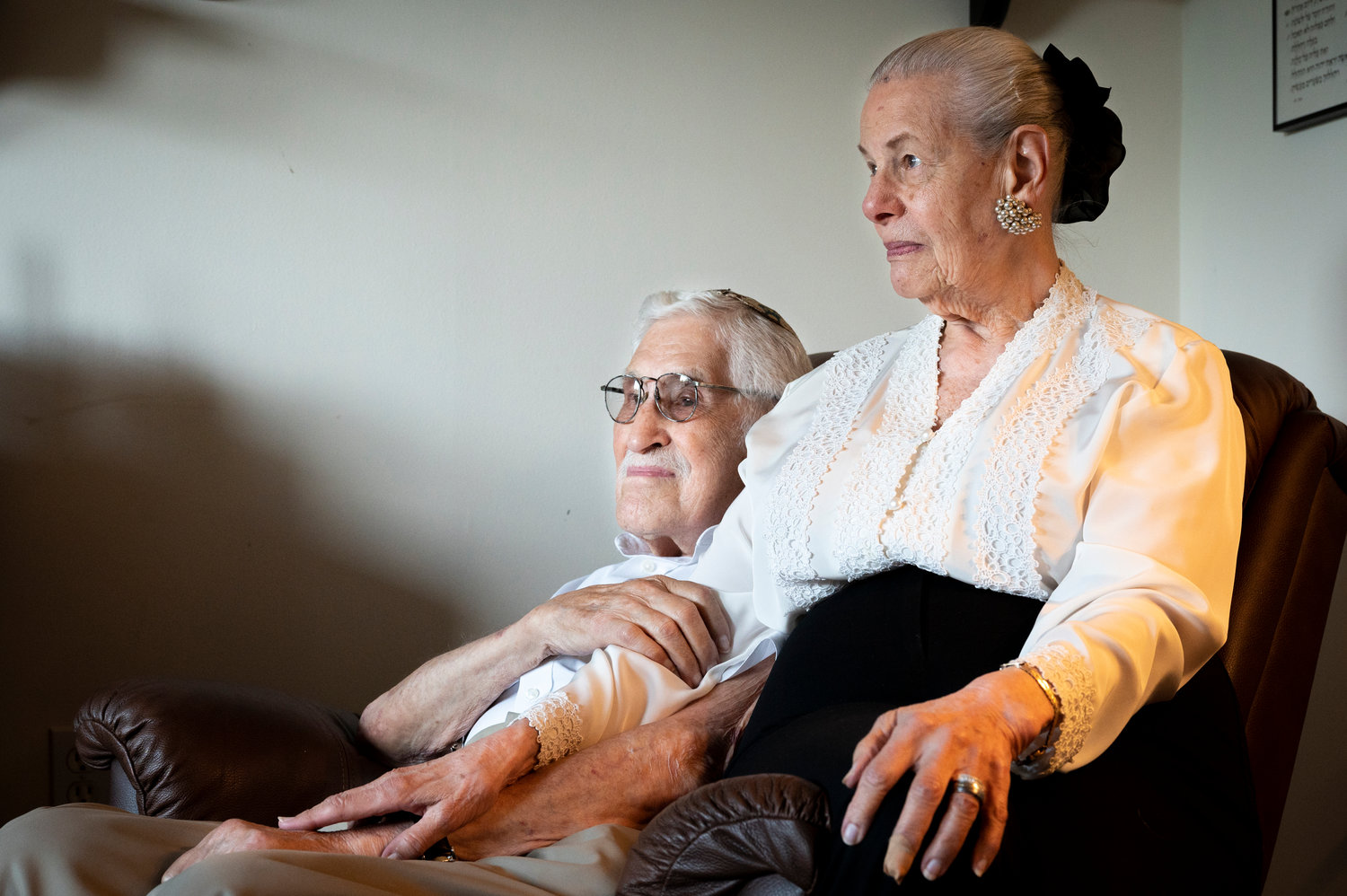 Rita and Leo Shliselberg recently celebrated 70 years of marriage. After all these years, their secret to success is finding balance between their needs and interests, and ensuring that they don’t stay static.
HIRAM ALEJANDRO DURÁN 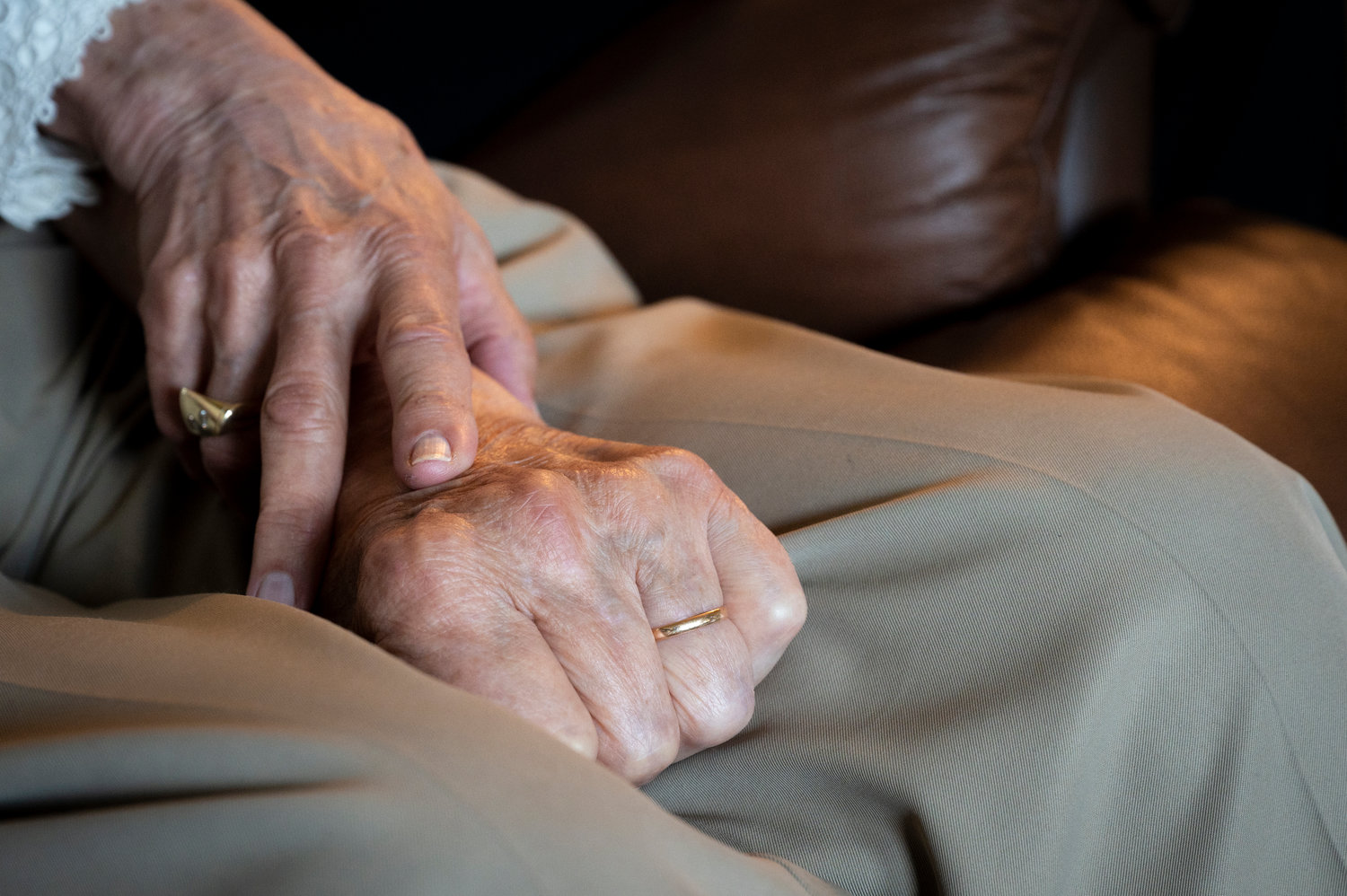 Rita and Leo Shliselberg have been through both tough and happy times together, fueled by a push to continue growing, throwing themselves into their own interests and supporting each other along the way.
HIRAM ALEJANDRO DURÁN 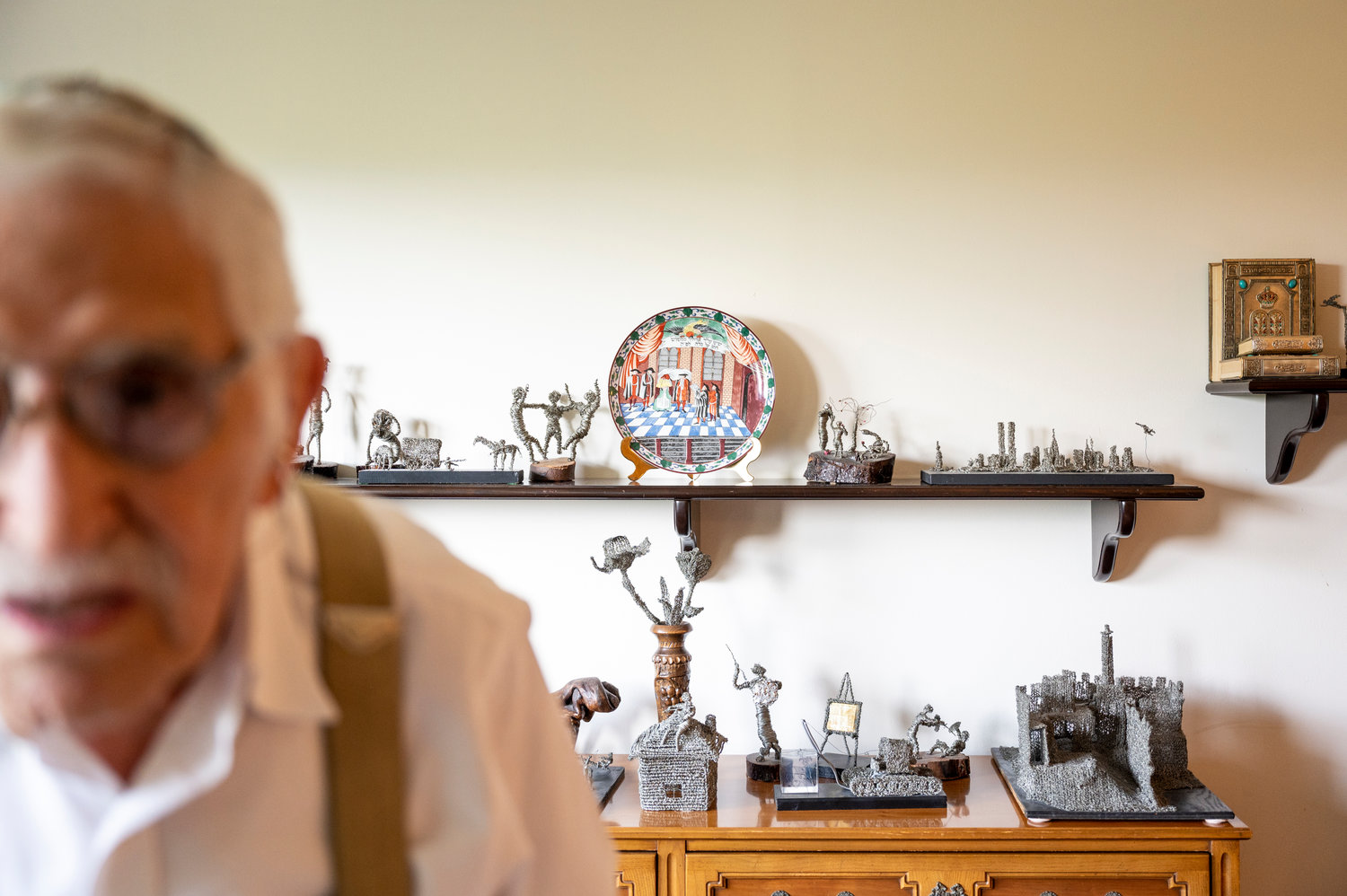 Leo and Rita Shliselberg first moved from Israel in 1962, settling in Queens. Five years ago, they moved to the RiverWalk Senior Apartments in North Riverdale, and it’s here they celebrate 70 years of marriage.
HIRAM ALEJANDRO DURÁN 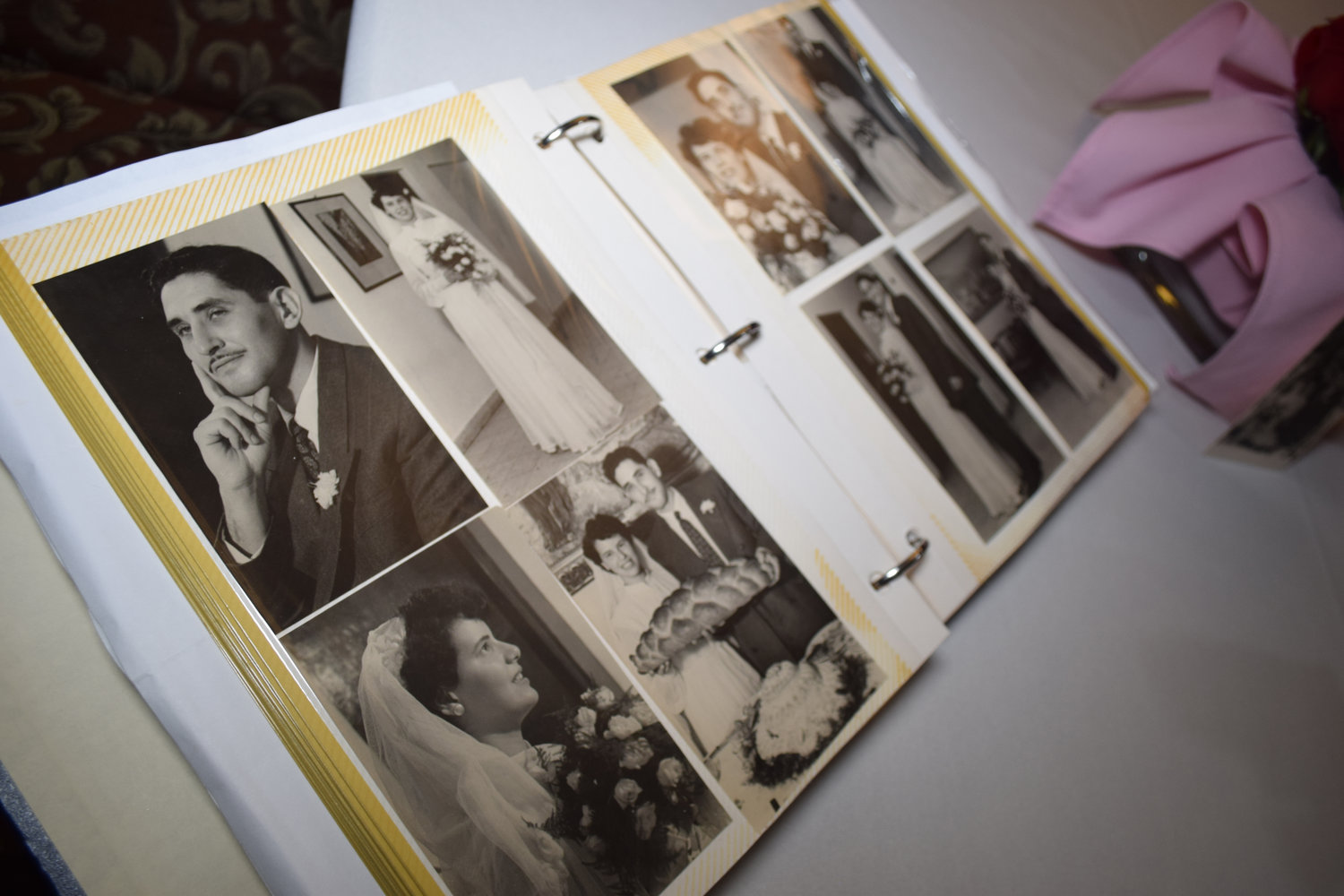 Rita and Leo Shliselberg were married in 1951 in Tel Aviv, Israel. Last week, they celebrated 70 years in North Riverdale with an event hosted by RiverSpring Living, which runs their Palisade Avenue community, RiverWalk Senior Apartments, where they were surprised with their closest family through the Zoom online videoconferencing app.
Courtesy of Wendy Steinberg 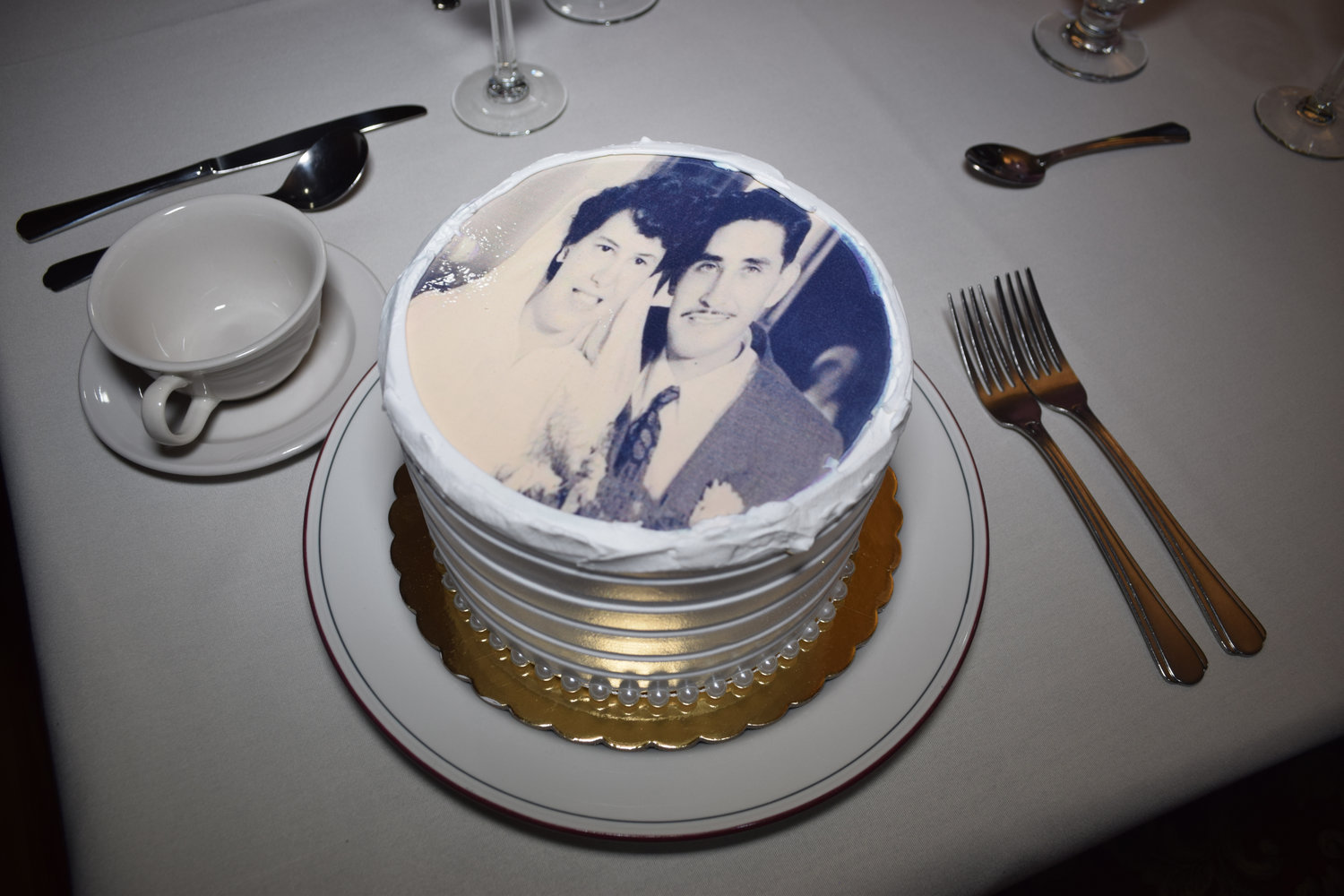 RiverSpring Living — which runs the RiverWalk Senior Apartments off Palisade Avenue — celebrated Rita and Leo Shliselberg’s 70th marriage anniversary with dinner in the private dining room, a cake with their anniversary photo on it, and an online video call with their family.
Courtesy of Wendy Steinberg
Previous Next
By MAYA MITRASINOVIC

When Leo Shliselberg first met Rita in 1950, he felt he already knew her. Leo’s friend at work in Tel Aviv, Israel, talked about her family incessantly, and Rita’s upbringing and religious background stood out to him.

Both of them spoke German — Leo because he was born in Germany, Rita because she took German classes back home in Albany.

But there was a hitch. The first time they met, Leo was dating Rita’s best friend. Still they hit it off, even prompting Leo to tell Rita in German, “When you know me better, we can get engaged.”

In effect, this was Leo’s marriage proposal.

As romantic as that was, it also almost derailed their relationship before it started. Rita didn’t know what the word for engaged, “verlobt,” meant in German. She asked her brother-in-law, who refused to translate, instead telling Rita to never see Leo again.

But Leo wasn’t going to give up that easily. He waited outside of Rita’s workplace every day, thinking, “That could be my future wife!”

Rita didn’t think the same just yet. In fact, she didn’t particularly appreciate this man she barely knew following her.

“I refused to see him,” she said. “But I couldn’t tell him not to be waiting for me outside of where I work, or not to wait for me in the evenings when I got out of learning Hebrew. I mean, wherever I went, he was there. There was just no way not to see him.”

And over time, Rita’s feelings changed. She was just 19 at the time, and unhappy in her new environment. Her family had just moved to Israel where she didn’t speak the language and felt out of place in the “ultra-Orthodox” culture she found there.

“It was a whole new world,” Rita said. “And here was a young man who was extremely attractive, who was serenading me. And I was just taken with it. What should I say? I was carried away.”

In a way, Rita feels she never really made the conscious decision to marry Leo — it just happened slowly over time. Once their parents met, it was official.

“My wife’s mother dropped a glass on the floor, and she shouted ‘mazel tov!’” Leo said. “And we set a date, and that’s it.”

So, on June 20, 1951, Leo and Rita Shliselberg were married — a union that would last another 70 years, and counting. But even the wedding itself tested the couple’s resolve.

The ceremony was originally planned for June 19, but the venue closed that day unexpectedly. That forced Rita had to scramble in an age long before the internet and social media to make sure all the guests knew not to go a day early.

But in the end, it was a union that was meant to be, and it worked out for the best.

“In Israel, weddings are a little different than they are in the U.S.,” Rita said. “People don’t usually get normal invitations, but instead by word of mouth. So if you invited one person and he had 20 friends, he brought them along to the wedding. So there were a lot of people I didn’t know there.”

Leo and Rita’s married life, however, brought both adventures and troubles. In 1962, the couple moved to Queens to care for Rita’s mother. This time is was Leo’s turn to initially feel out of place, knowing little English.

“When you come as a newcomer and don’t speak the language well, you have plenty of problems,” Leo said.

After a while, he settled at a job in the special services unit of the New York Telephone Co., where he stayed for 20 years. Rita also found work at the Queens College Center for Jewish Studies, where she was the outreach coordinator until just a couple years ago.

In 2016, they moved to the RiverWalk Senior Apartments on the Hebrew Home at Riverdale campus on Palisade Avenue.

Despite all the hardships and drastic changes in their lives, Rita and Leo found a way to always keep their marriage strong with what Leo says is a surefire strategy:

“We grow in different directions,” Rita said. “He has his interests, and I have my interests, but we grow. We don’t stay static. Our personalities are totally opposite. But when I say something, he hears me, and that is the saving grace of our marriage.”

They also found ways to celebrate each other. Every five years, the duo travel to a new place — faraway destinations like Alaska and Russia.

“But the most special occasion is the celebration of my 70th wedding anniversary,” Rita said. “That was such an exciting and special thing to have RiverWalk recognize.”

In early July, Katie Murphy-Dedde, the senior housing director there, planned a celebration for Rita and Leo’s big day. She had campus chef Frank Travisano prepare dinner in RiverWalk’s private dining room. She also set up an online videoconferencing call on a big screen allowing Rita and Leo’s family to join them virtually.

So what’s the secret to their marriage? Balance.