Forever young advocate for the elderly dies at 102 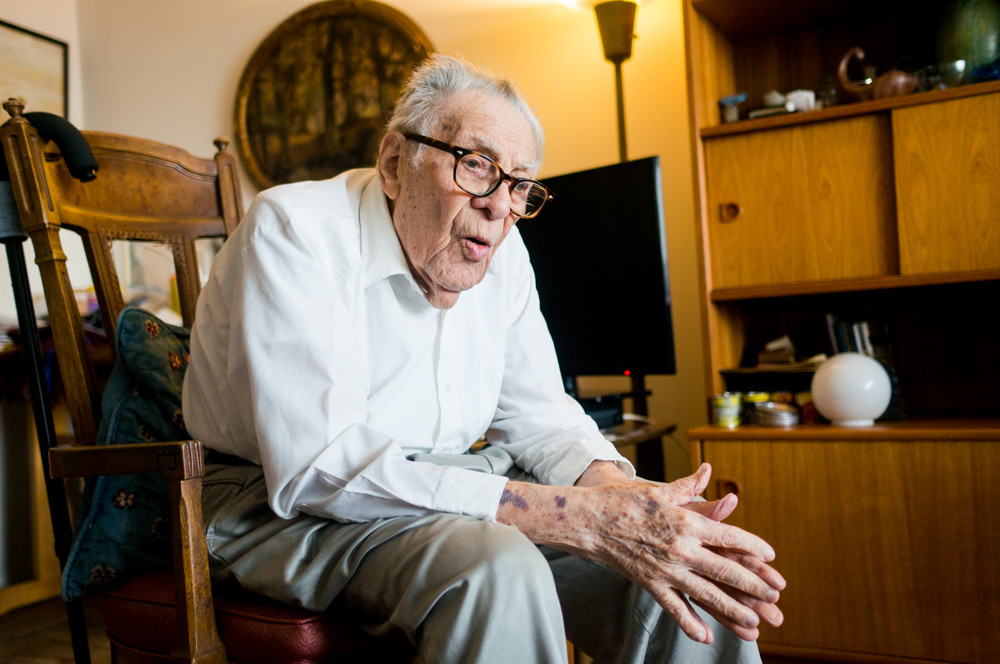 'Getting to 102, I don't recommend it,' Irving Ladimer jokingly said from his apartment earlier this year. Ladimer was an active member of Community Board 8 as well as a long-time advocate for his fellow senior citizens. He died July 3 at 102.
JULIUS CONSTANTINE MOTAL / File 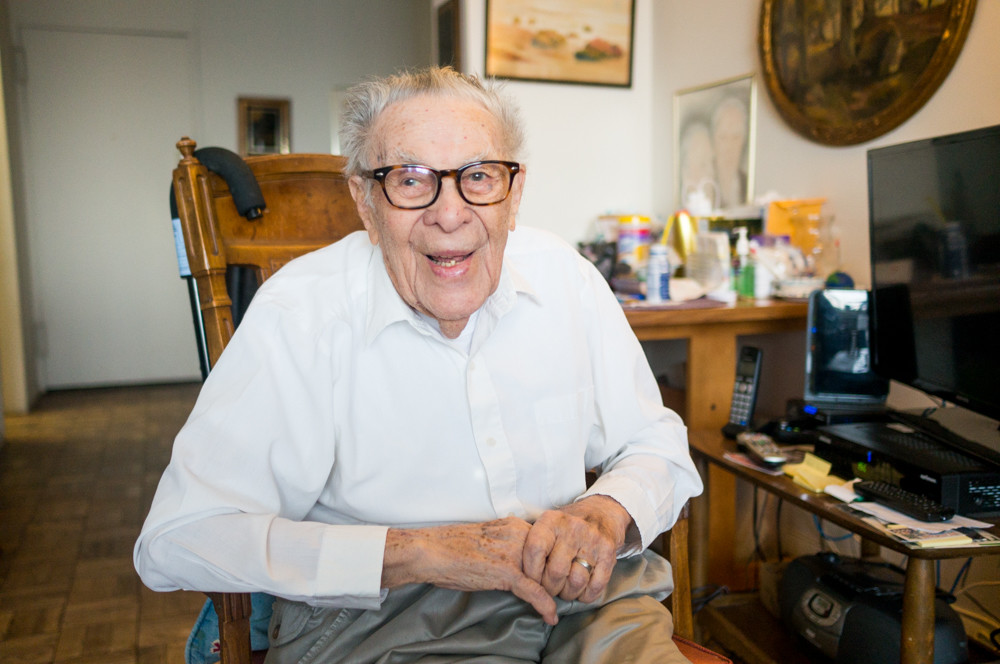 Irving Ladimer died July 3 at 102. He was an active member of Community Board 8 to the very end, and was a staunch advocate for his fellow senior citizens.
JULIUS CONSTANTINE MOTAL / File
Previous Next
By MICHAEL HINMAN

Many people are modest, maybe even a bit shy, to tell their story. But then again, many people aren’t Irving Ladimer.

A man who never knew how to act his age, and a community leader if there ever was one, Ladimer died July 3. He was 102.

“He really inspired a lot of affection from the people around him,” said Elizabeth Stevens, cantor at Ladimer’s congregation, Conservative Synagogue Adath Israel. “I think he had a lot of wisdom, and he felt like he still served a purpose in helping to create the community as he though it should be. And I think that real sense of purpose really drove him.”

Stevens first met Ladimer a decade ago when she took on her role at CSAIR. When she learned this man holding court and talking to friends after the service was in his 90s, she couldn’t believe it.

Ladimer was an attorney who specialized in health care, a job he carried well into his journey into a triple-digit age, according to remarks U.S. Rep. Eliot Engel shared on the House of Representatives floor in March 2016.

“Incredibly, Irving maintains his distinguished law career to this day, and still travels into his law firm’s office in Manhattan every week to work,” Engel said at the time, according to the Congressional Record. “Irving’s legal expertise has also been put to work as a law professor at institutions such as Yale, Columbia and New York University, where he taught on a wide array of topics from patient safety, rights for the elderly, ethics and nutrition.”

In a statement after Ladimer’s passing last week, Engel said everything about his friend was an inspiration.

“I knew Irving for a long time and was always struck by how active and involved he was, even into his later years,” Engel told The Riverdale Press. “He was willing to put the work in, and cared deeply about his community and country.”

Just after turning 72 back in the late 1980s, Ladimer joined Community Board 8 for the first time. He was a member of both the aging and the rules and ethics committees, and continued to teach at both Columbia University and NYU.

“Age has not stopped him,” Lisa Daub, chair of CB8’s aging committee, told The Press back in January. “He is just so dedicated, and his whole life has been about civic engagement and working to the benefit of people with disabilities, and the health and welfare of people of all ages.”

Assemblyman Jeffrey Dinowitz says he’s “only” known Ladimer for “the most recent several decades of his life,” but added he brought “a wealth of civic knowledge to Riverdale, and has always been more than happy to share it with anyone who asked.

“In a time where we are seeing a reinvigoration of civic participation and activism, the legacy of Irving Ladimer shines as brightly now as it has for much of the past century,” Dinowitz said, in a statement. “Mr. Ladimer dedicated his time and energy towards fostering a culture of understanding the nuances of government, both through his pioneering role on Community Board 8, as well as his involvement in numerous community institutions.”

One of his biggest contributions, Dinowitz said, was creating a layman’s manual to the community board, allowing its members — many of them just regular lay people from the neighborhoods — to understand all the various nuances of a community board in the New York City government.

State Sen. Jeffrey Klein worked with Ladimer closely over the past three decades, even before he himself had become an elected official thanks to Ladimer’s deep involvement with senior services provider RAIN.

“He was a voice for our seniors, and it was an honor to know him,” Klein said, in a statement. “While I can’t imagine our community without him, I know that we are all better leaders, advocates and neighbors because of him.”

Ladimer had a secret to his longevity, and it’s one he shared with his friends at CSAIR just a few years ago, Stevens said.

“Irving himself said that for a long, healthy life, you need a plan and a purpose,” the cantor said. “He really had a strong sense of purpose. At some time in his life, whatever his goal, whatever he was working on at the moment, and as he got older and got retired, he could serve his community in many ways.”

Dan Eudene, executive director of Riverdale Neighborhood House recalled lively lessons in the U.S. Constitution  Ladimer volunteered to deliver to the organization’s teen members when he was “only 97.”

For Ladimer’s 100th birthday in 2016, CSAIR rabbi Barry Dov Katz told his much older congregant that his plans and purposes were dictated “by an inner true north, an unerring sense of doing what needs to be done.”

If Ladimer were reading all these accolades, he’d be touched, Stevens said. But then again, he’d want to offer something himself. Maybe a little like what he told The Press the last time the newspaper profiled him in January.

“My objective in life,” he said, “for which the community board is an example, is to leave this world better than I found it.”

And just the way he’d like it, Irving Ladimer gets the last word.