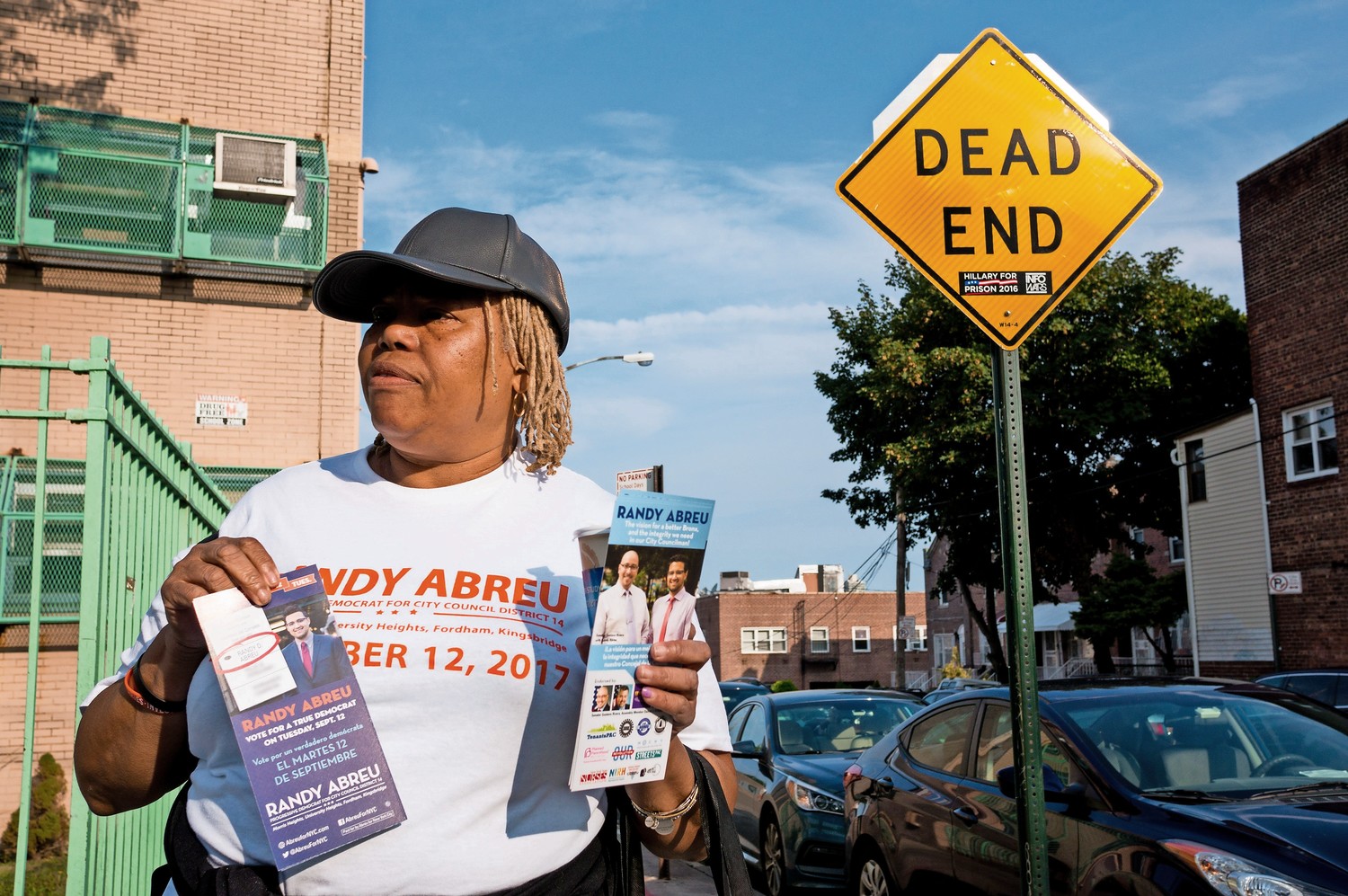 Canvassers for Randy Abreu say they watched voters being turned away from the Marie Curie School for Medicine, Nursing and Health Professions without affidavits or information on where exactly they should vote on Sept. 12 — a clear case, Abreu said, of voter suppression.
File photo by Julius Constantine Motal 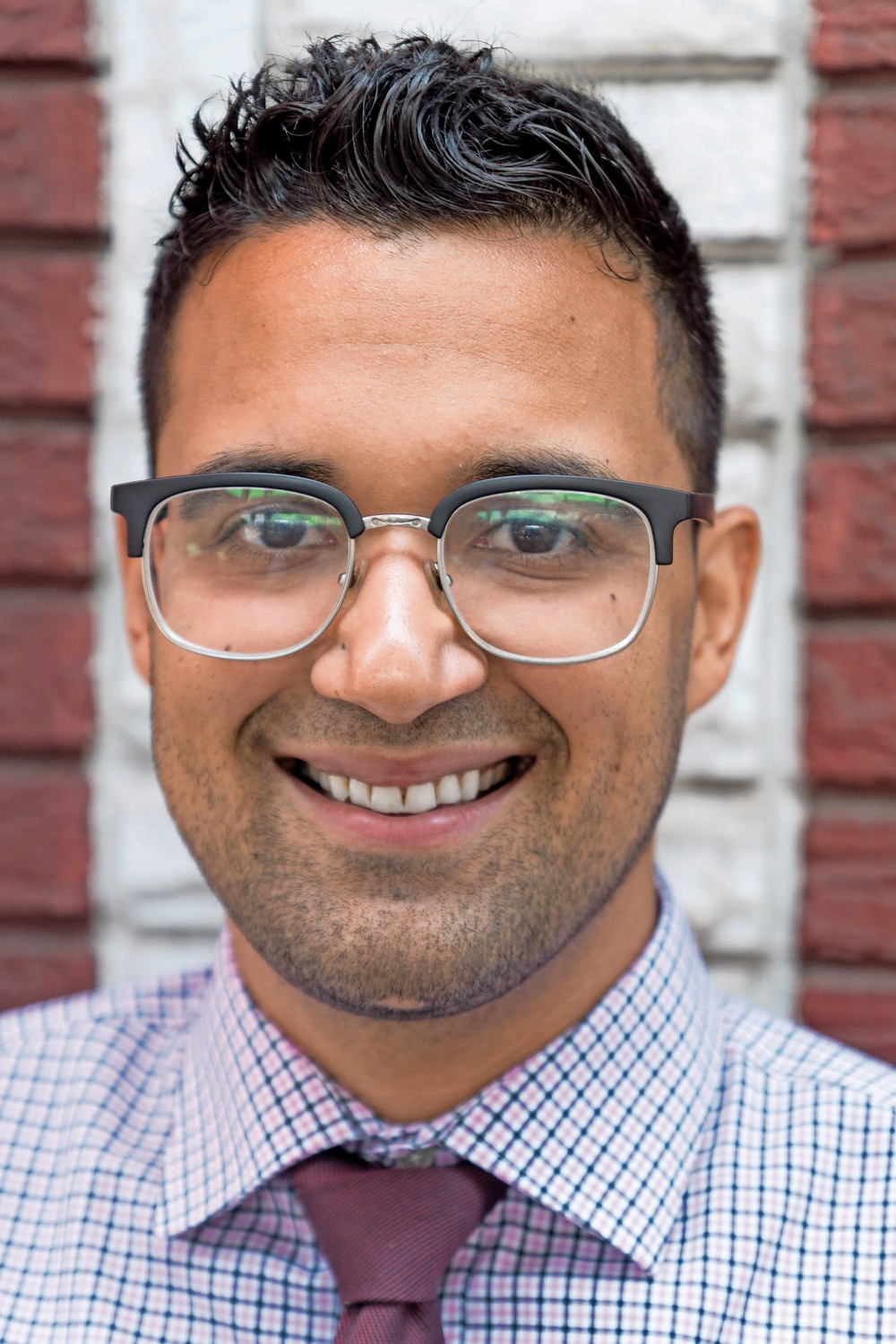 Previous Next
By Anthony Capote

In that time, Abreu wanted to forget about his 20-point loss to Cabrera, and even considered a return to practicing law.

“I had to move on,” he said. “I went back to court and I had a really good case in family court. The primary is over, but people in our community still need to go on.”

But that was before Abreu finally started reading all those text messages popping up on his phone since the primary. They were from supporters, poll watchers and campaign staffers. But they weren’t notes of support after a hard-fought race. Instead, they all had a different theme — problems at the polls. Problems so big, Abreu is now demanding the elections board investigate what he believes to have been misconduct at various voting precincts.

“We can’t just continue to say, ‘It’s the Bronx, it happens,’” Abreu said.

Among the “happenings” Abreu said were what he calls obvious cases of voter suppression at the polls, either because of poor training and mismanagement, or something much more nefarious.

“We were contacted by the state attorney general’s office they wanted to find out about possible voter suppression,” Abreu said. “They had complaints from individuals, not just from the campaign.”

The letter claims voters at the four sites experienced “ping-ponging” — where they were told by precinct workers they were at the wrong polling place and had to go someplace else. When a voter’s name doesn’t appear on the rolls for a particular precinct, workers — according to election board policy — either have to give that an official slip with their correct polling information, or hand them an affidavit ballot.

But in a few cases, the city council hopeful said, that simply didn’t happen.

“When a voter’s name isn’t in the book and you don’t give them an affidavit or help them find their proper polling place, that is voter suppression,” Abreu said. “That’s textbook.”

For those who were handed a ballot, Abreu said some voters complained of something far more nefarious — they were told, “Here you go. Vote Cabrera.” If that rumor is indeed confirmed by the attorney general’s office, Abreu believes there’s no way that couldn’t be construed misconduct.

Although it’s far too early to point fingers, Abreu said he can’t ignore the close ties Cabrera’s campaign manager, Timothy Tapia, had to the hiring of various poll workers. That’s because Tapia is the male district leader for the 86th Assembly District, who plays a pivotal role in who works the polls.

Each political party in New York has a district leader — though Democrats have two, one male and one female — who is an unpaid elected official charged with a number of various tasks. One of them is offering to the elections board a list of people to work the polls.

But Eric Dinowitz, the male district leader for the 81st District, said it is not quite so intimate a relationship as Abreu suggests. For the most part, suggesting poll workers to the elections board is a matter of picking the same folks who do the job year after year.

And, Dinowitz added, he doesn’t see the point in trying to hire staunch supporters of one candidate or another at a polling place.

“If I were a member of Cabrera’s campaign, it is actually to my disadvantage to hire my friends as poll workers,” he said. “The biggest supporters, you probably want them out not working the polls. You want them campaigning.”

In addressing the misconduct allegations, Cabrera was dismissive, saying Abreu lost not because of what happened at the polls, but because he simply wasn’t a strong candidate. And the councilman paraphrased a Star Wars villain — Darth Vader — to help express that thought. h

“He choked on his own political ambition,” Cabrera said. “He lost because he hasn’t been here in 10 years, and he has nothing to show for it.”

Cabrera also said Abreu had no “moral authority” to cry foul in a race where he, too, is under investigation for coercion. Former Democratic candidate Justin Sanchez accused Abreu a few days before the election of bullying him out of the race back in July — a claim Abreu vehemently denies.

“Seeing the Justin situation progress was surreal,” Abreu said. “It almost seemed like a movie to me.”

Abreu said he caught some irregularities in some of Sanchez’s petitions to get on the ballot, and brought those issues to his competitor’s attention. Those irregularities, Abreu said, caused Sanchez to leave the race before this month’s primary.

But that’s not the story Sanchez tells. He claims that information was brought from Abreu’s camp complete with a threat demanding he drop out of the race. Which he did.

Cabrera won’t officially win a third term until after the November elections. But at this point, he has no major challengers.