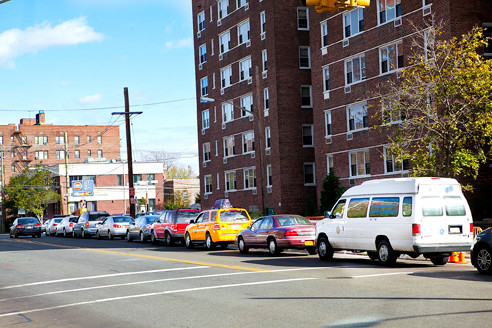 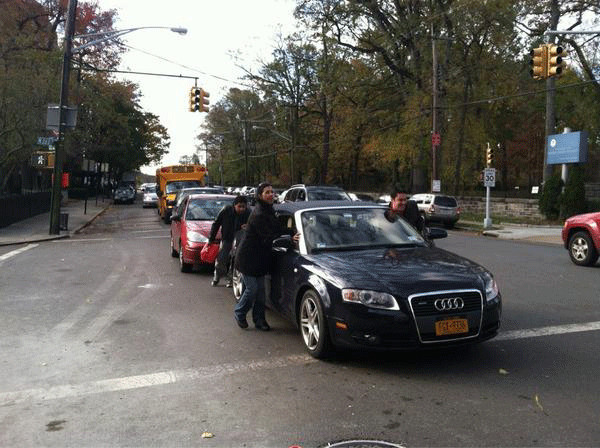 Some people used their last fuel waiting in line for gas on Riverdale Avenue on Friday, so they began to push.
By Adam Wisnieski 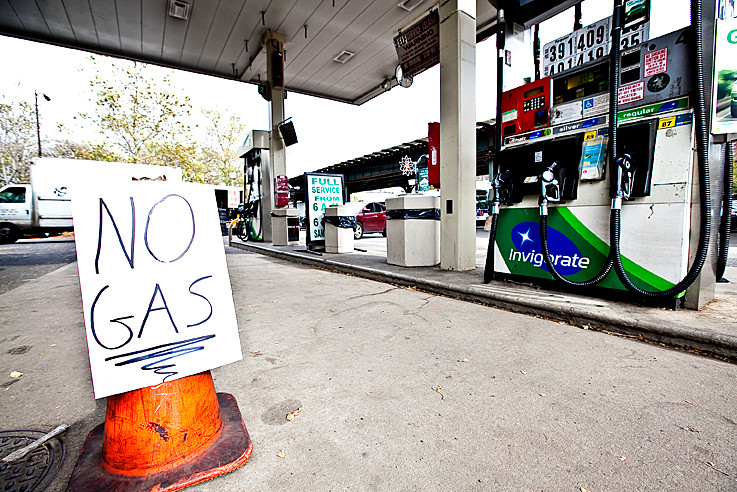 A BP station on Broadway at West 234th Street on Thursday afternoon.
Photo by Marisol Diaz 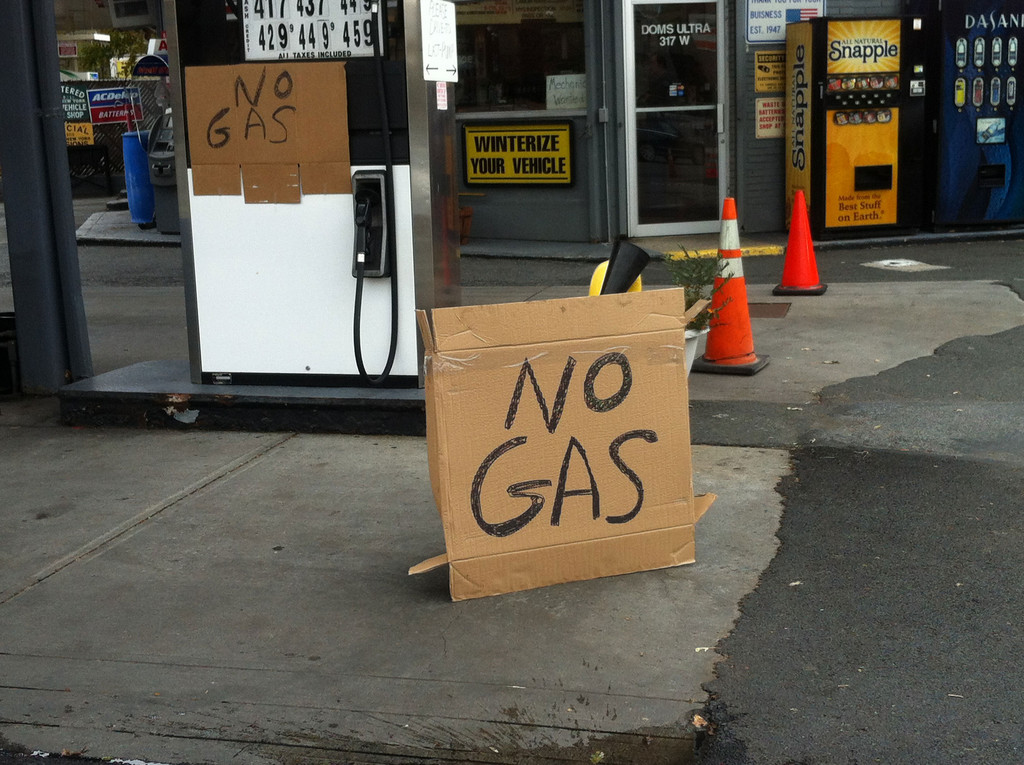 Sun Corners on West 230th Street in Kingsbridge on Thursday afternoon.
Photo by Kate Pastor
Previous Next
By Adam Wisnieski and Kate Pastor

Riverdale and Kingsbridge are out of gas and could be for days.

The U.S. Coast Guard, which previously closed access to New York Harbor, started allowing tankers carrying gasoline into the harbor on Friday morning, according to a tweet from Gov. Andrew Cuomo.

Mayor Michael Bloomberg also said that power had been restored to the Buckeye gasoline pipeline — which lost power during Sandy — and fuel would be pumped into the city on Friday night.

It is unclear whether there is any gasoline available in the borough, but the shortage is widespread and stations had also run out in Yonkers. The Gulf station on Riverdale Avenue near West 263rd Street opened for business on Friday morning, though was expected to be dry before noon. An employee said the station was out of power on Thursday so it could not pump gas, but when power to the location was restored on Friday, he opened.

The line of cars stretched three blocks on Riverdale Avenue. Some motorists ran out of gas while waiting in line, so they started pushing.

“I couldn’t find gas this morning,” Bronx Borough President Ruben Diaz Jr. said at Oregano Bar & Bistro on Thursday as he was kicking off Bronx restaurant week, Savor the Bronx.

He said he was down to a quarter tank.

Motorists scrambled to full up their tanks on Thursday.

In a scene reminiscent of the early 1970s gas crisis, about 50 cars, including many livery cabs and even a Verizon service truck, waited on Broadway for service at Prime gas station, located at 6469 Broadway near Mosholu Avenue.

Every other station in the Riverdale/Kingsbridge area had already run out, some as early as Wednesday afternoon.

But Prime, which was only selling 10 gallons per customer, had a few drops of 93-grade gas left until shortly after 1 p.m. Wednesday.

“It’s over. That’s all. That’s the last one,” Duane Jones, who was working the pumps, hollered to his co-worker who was standing in front of the line of cars.

When it seemed like the last drops were being pumped, motorists got vicious, cutting each other off and screaming at one another. Some wouldn’t leave the line even after it was announced that the tanks were tapped.

A police officer drove down Broadway yelling, “No more gas over here,” to clear traffic.

Juan Perez drove from Castle Hill on the other side of the Bronx after his brother, who was riding a bike in the area, realized that gasoline was in short supply.

Hess lists their stations that have gas
Page 1 / 2