Only Jessica Woolford and Jeffrey Dinowitz remain standing on ballot 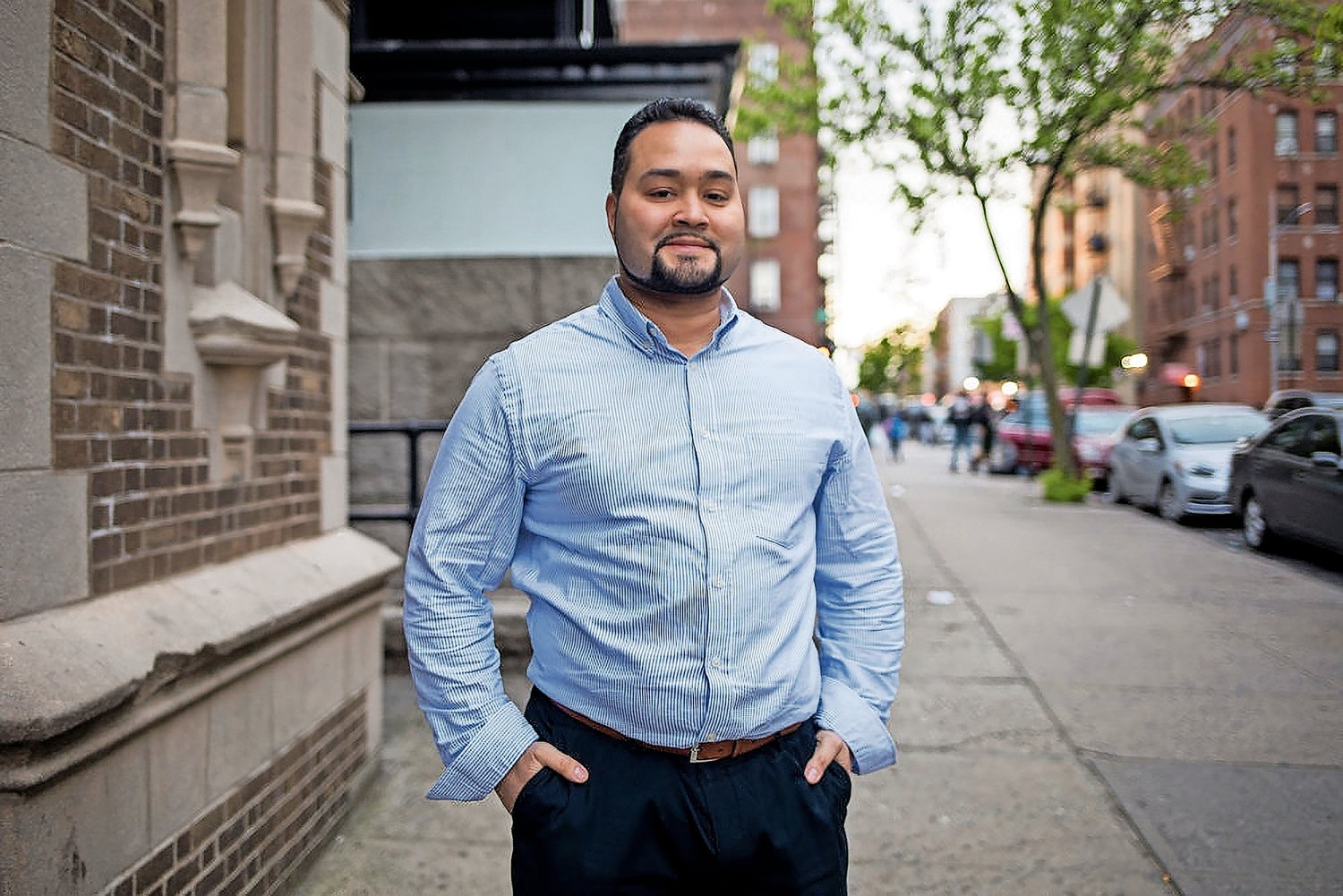 George Diaz Jr., a Norwood resident and member of Bronx Progressives, announced his intention to run against Assemblyman Jeffrey Dinowitz in the Democratic primary next year in a letter to The Riverdale Press last month. Diaz feels he can bring change to the 81st Assembly District, and is adamantly against the gerrymandering that has cleaved neighborhoods like his, thereby depriving them of political power.
Julius Constantine Motal
By SACHI McCLENDON

The Democratic race for the Assembly seat held by Jeffrey Dinowitz is down to two candidates, at least for the moment.

That’s because George Diaz was removed from the ballot last week after failing to secure enough signatures in his nominating petitions.

In a New York City Board of Elections hearing on May 3, the board of commissioners determined that only 375 of Diaz signatures were valid. He needed 500 to appear on the primary ballot.

While Diaz says he received around 700 signatures, the board discarded more than half of them for not meeting the necessary requirements. In New York, those who sign a petition must reside in the candidate’s district and be registered in the same party as the candidate.

Diaz’ best hope for being able to get back on the ballot lies with two separate legal challenges seeking to throw out the new Assembly district maps, just as the Congressional and state senate maps were.

If new Assembly maps are drawn, then that would likely re-open the petitioning period, giving Diaz a second chance to gather enough valid signatures. That would put Diaz in much the same boat as James Gisondi, who would’ve been struck from the Democratic state senate ballot had it not been for the appeals court decision to discard the Senate lines.

Diaz said if the Assembly maps are thrown out and the filing period were re-opened, then he would jump back in the race.

“I would be going out there re-petitioning,” he said. “So my path forward is right now look to see if the Assembly date gets changed.”

Yet as things stand, incumbent Jeffrey Dinowitz and Jessica Altagracia Woolford are the only two candidates left in the Democratic race for the state Assembly seat.

In the May 3 hearing, Diaz tried to plead his case, but the commissioners weren’t having it. “You’re 125 signatures short. Do you have a list of 126 or 125 errors that the board made in going over your petition and the objections?” Commissioner Frederic Umane asked.

Diaz then requested additional time to challenge the objections, claiming that he did not receive proper notice by the board. “I did not receive this report,” he said. “What I received was an email informing me of these proceedings for today.”

The board disputed that claim and the commissioners all moved to strike him from the ballot. Diaz tried to get the last word in, however he was removed from the Zoom call.

According to state law, every petition is presumed to contain enough valid signatures when filed. That is unless someone challenges it, in what’s known as an objection. In such a case, the objector must go through the petition and point out, line-by-line, in what way a signature does not fall into the necessary parameters.

There are several reasons why a signature could be ruled invalid. Those include:

• If a signee doesn’t provide their full name or address.

• If someone just prints their name and doesn’t actually sign it.

• If the information is just plain illeigible.

In this case, Jay Autar, a registered Democrat who lives in Wakefield, objected to Diaz’ petition and filed a lawsuit to ensure he didn’t appear on the ballot.

In the court challenge, Autar — through his attorney — claimed that Diaz had submitted signatures from those who are not registered with the Democratic party or who do not live within the district, that certain signers had already signed other petitions, and that certain addresses and dates were incomplete or illegible — along with a whole host of other issues.

This is not Diaz’ first time to run for this seat.

Back in 2020, he ran against Assembly incumbent Jeffrey Dinowitz and managed to get on the ballot for the primary. Yet due to the coronavirus pandemic, the threshold of signatures needed to get on the ballot was dropped to 150. In that primary, he was defeated by Dinowitz, managing to only capture a little more than a third of the votes.

Diaz could take up the issue in court to try and overturn the BOE’s ruling, but he said that he doesn’t plan on doing so.

Diaz wasn’t the only candidate tossed by the BOE’s ruling. Both female state committee candidate Zulma Gonzalez and female district leader candidate Carolyn Smith were taken off the ballot as they submitted the same set of signatures to the board.

“I don’t feel bad. I did the best I could with no money,” Smith said. “This election has been just outrageous — (not) anything like two years ago, when I first got involved.”

The Association of Riverdale Cooperatives & Condominiums is hosting a meet-and-greet for the remaining candidates on May 12.