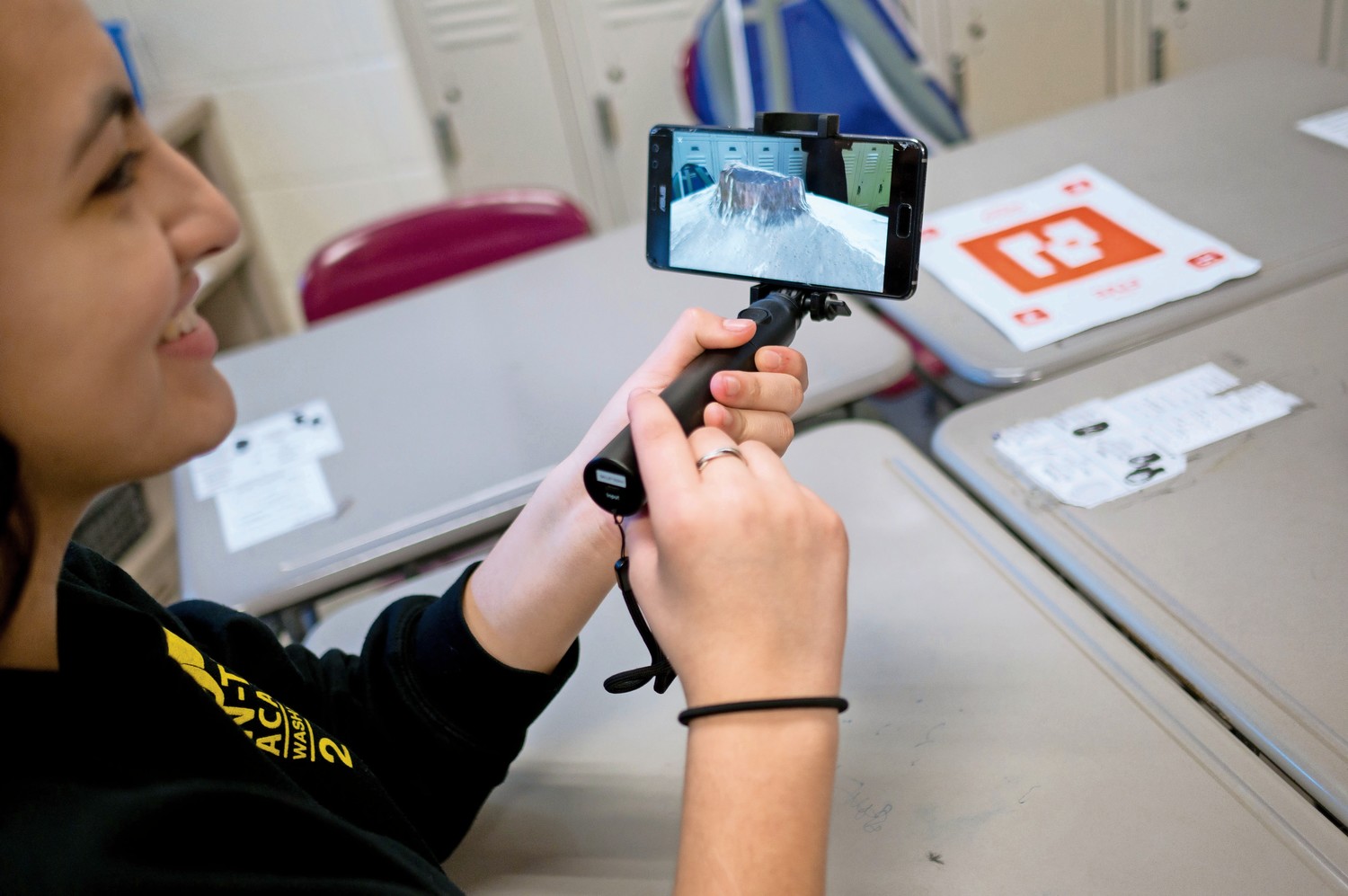 InTech student Amelie Nachtmann looks at a plateau on her phone through an augmented reality program from Google. The company came to the school to show students both augmented reality and virtual reality.
JULIUS CONSTANTINE MOTAL 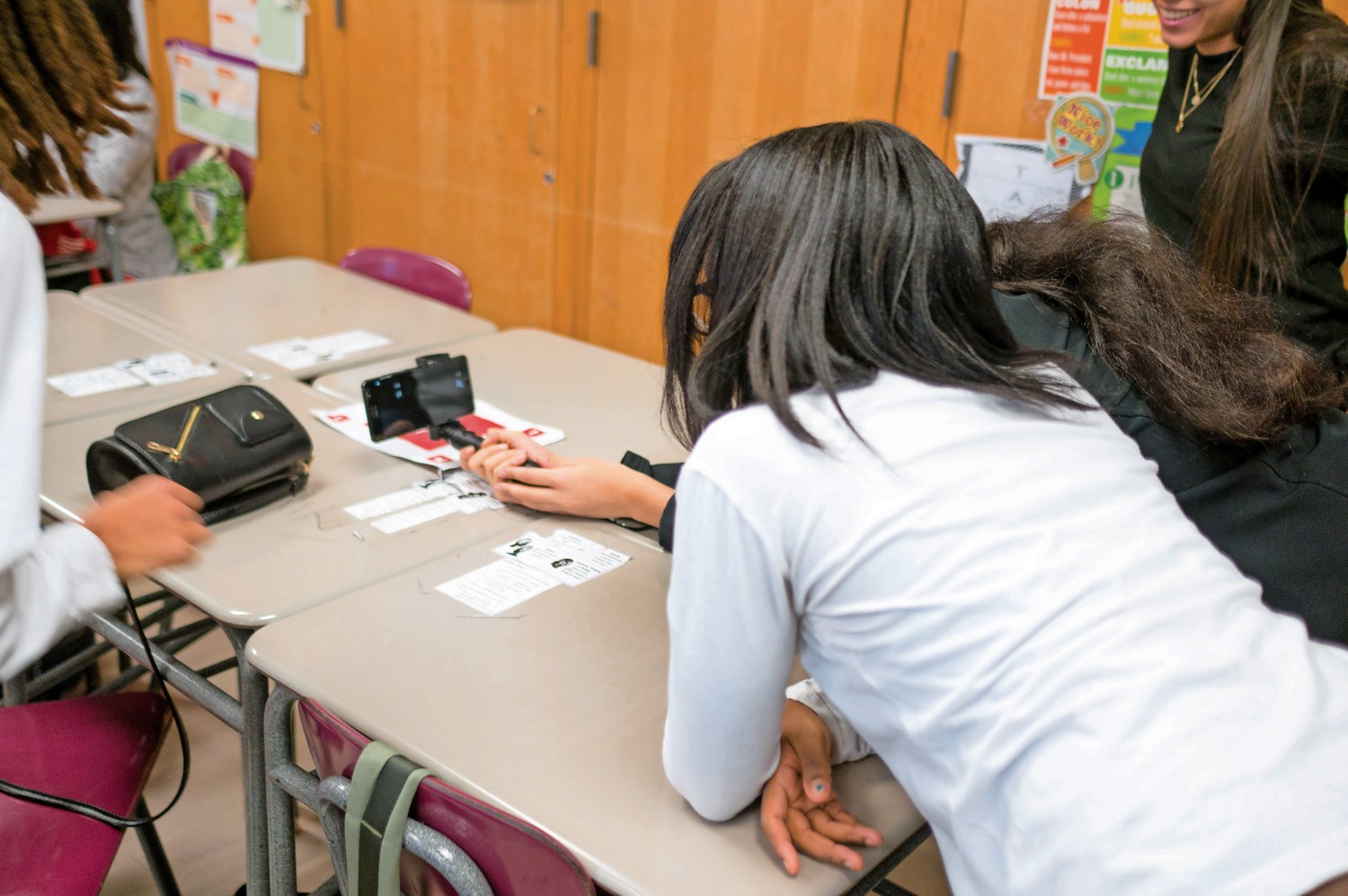 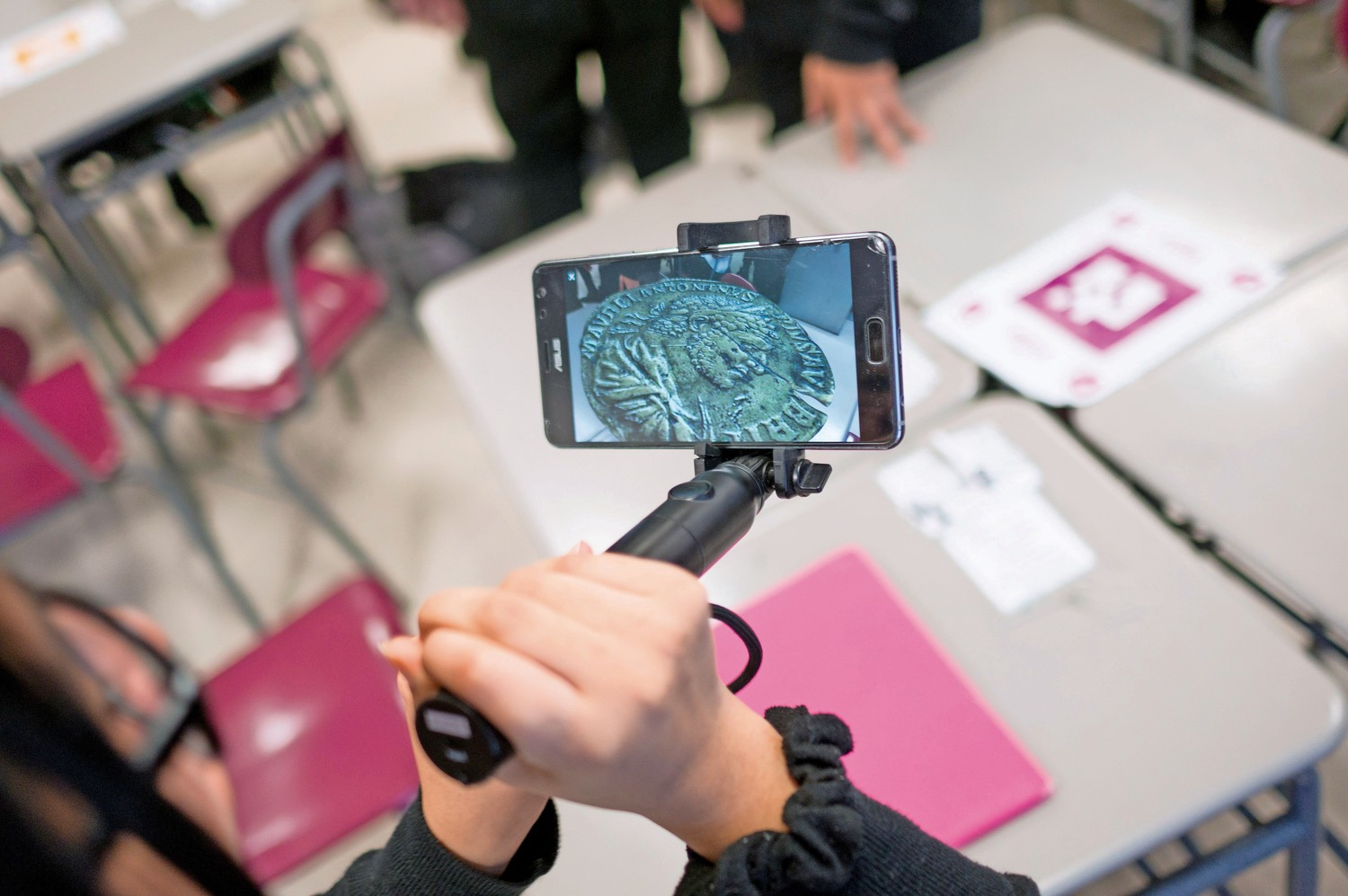 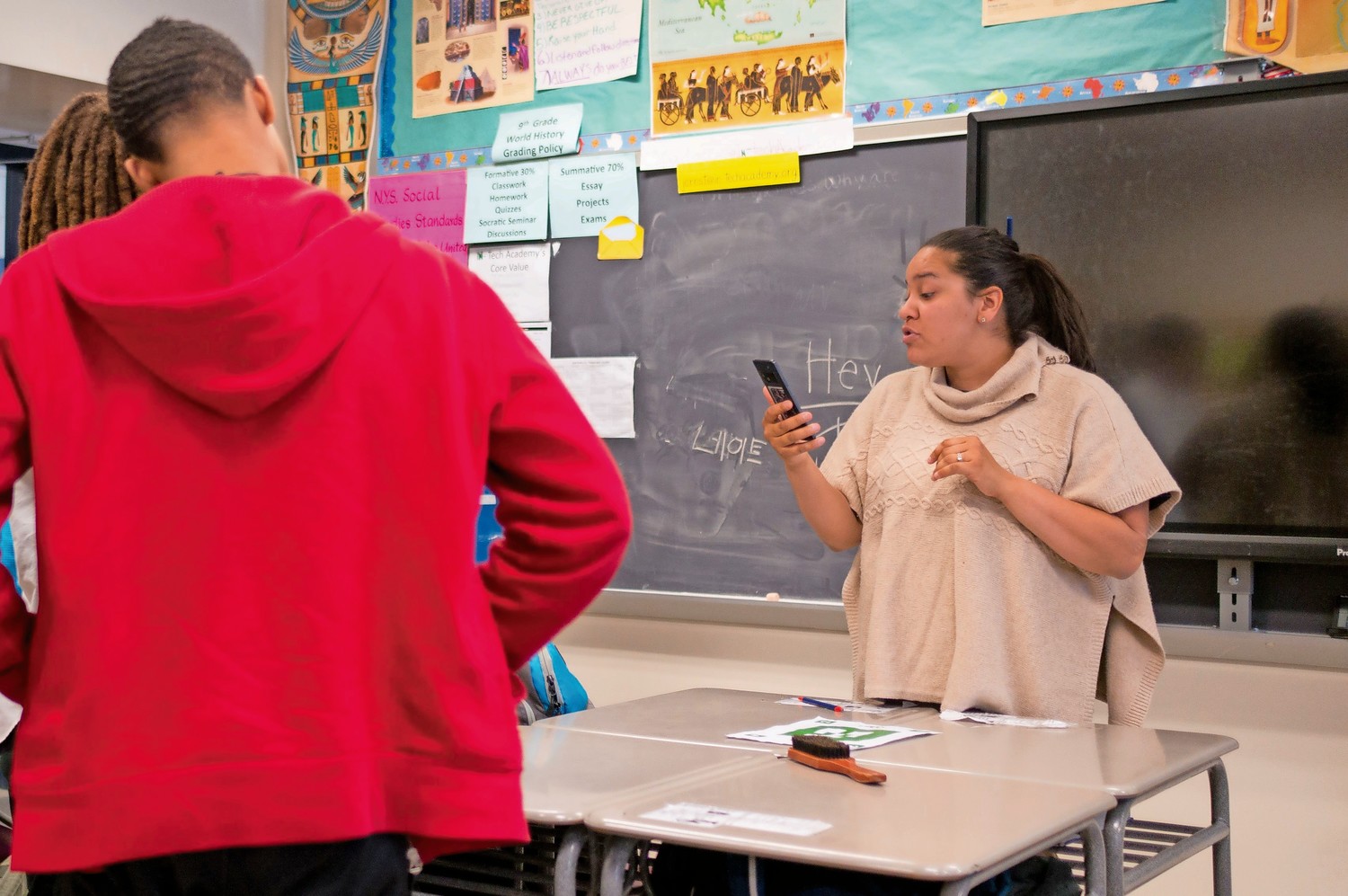 They floated around the classrooms, bearing witness to the Sputnik satellite, DNA chromosomes the size of textbooks, and the Great Wall of China in all of its glory.

To the naked eye, the IN-Tech Academy classroom looked like a bunch of teens glued to their phones. But in reality, these teens were learning through augmented reality, all thanks to the Google Expeditions Pioneer Program.

“See how you can see the water as it moves?” asked Scott Schaeffer, a social studies teacher, about the tsunami that flooded the student’s mobile screens.

“I love this stuff,” he added. “Even the kids that have a rep for not liking anything enjoyed it.

“The middle schoolers’ reaction was unbelievable. One kid was like, ‘I don’t wanna leave.’”

Pioneer, associated with the world’s largest online search engine, gave IN-Tech students a daylong sneak peak of the unreleased Expeditions AR app. It’s touted as a new learning tool for teachers where the images students view are controlled through the instructor’s phone, and then superimposed onto their real view of the world.

Wherever the kids moved, the 3-D image rotated, but remained centered on the colorful piece of paper on their desks.

Pioneer also gave students the chance to use virtual reality as well. A Google associate explained to the students the difference between the two mediums.

Cindy Spadaccini used augmented reality in her ninth grade global history classroom, taking her students all the way to ancient Rome. Just a few months before, her class covered Roman history and was shown images of the empire and its statues on paper. But never like this.

With Expedition AR, students reached out, trying to touch marble sculptures that seemed to be right in front of them.

“If I was to use this in class regularly, I would give them the reading ahead of time because it’s difficult to read to them while they’re walking around,” Spadaccini said as students examined the angles of the sculpture. “But overall, it makes learning much more interactive. Bringing it into classrooms is amazing.”

The students also found the program to be very helpful, especially for those who learn better visually.

“It will help a lot of students that don’t really understand what they read sometimes, said Amanda Diaz, 16. “This is a good way for kids to get a hands-on experience.”

The app caters to just about every subject, allowing teachers to use these different realities in their classrooms. When Schaeffer used augmented reality in his class, he tied the Google product itself to a lesson about the stock market. Social studies teacher Arlene Davis took her students on a journey through the Russian space race.

“We live in a society where our phones are everything,” Spadaccini said. “It makes the classes more engaging, and it’s for everything — math, science, history.”

Amelie Nachtmann believes the technology can be an amazing tool, but at the same time not all students will get to experience it — at least not right away — because of money.