Green cabbies want a say in all of it, too 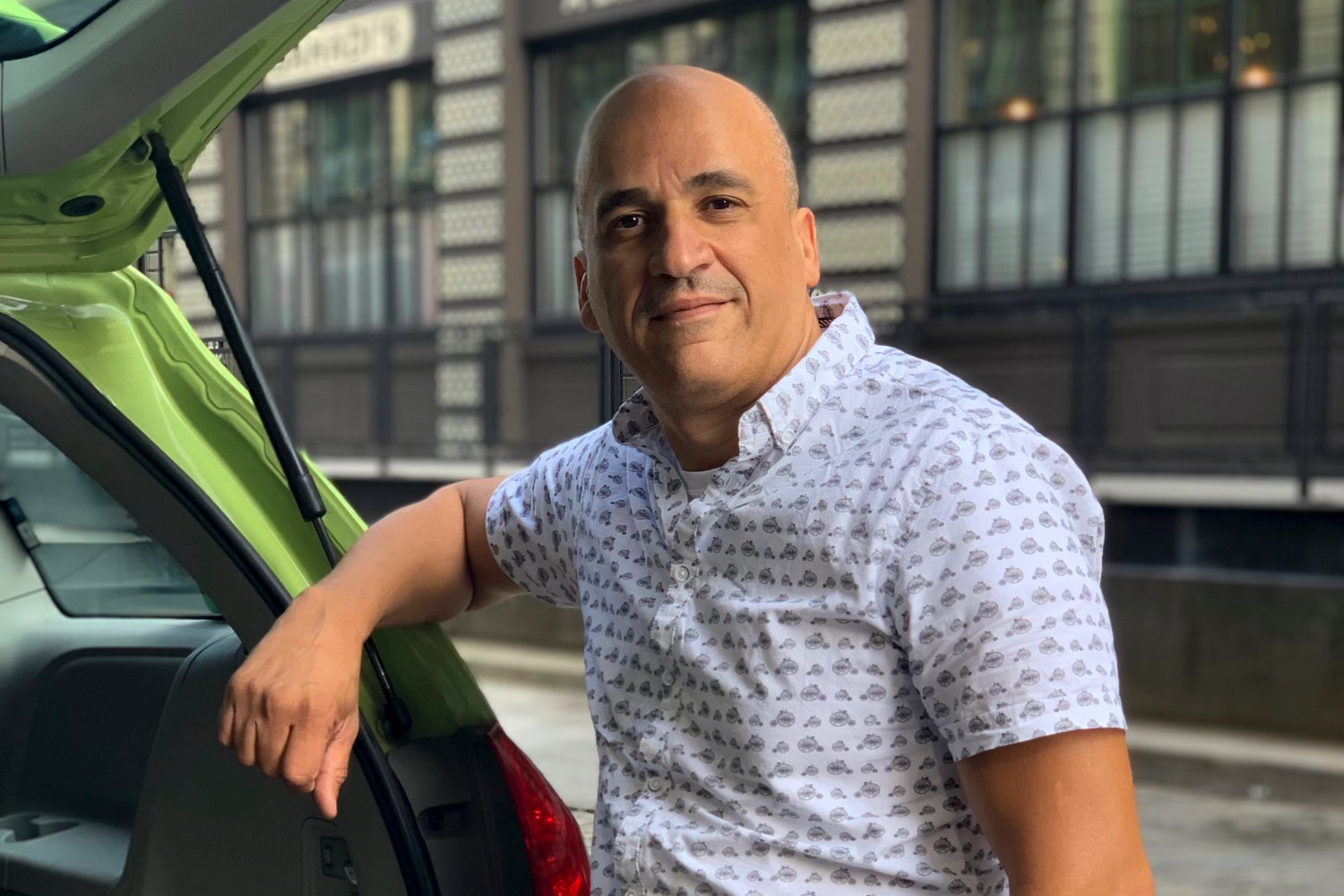 Many taxi drivers pay for their own life insurance and retirement plans. Having served the Riverdale area for years, green cabbie Ranny Mercado continues his fruitless search for a union, or at least some support from elected officials over his ideas to create pension plan for drivers like him.
Courtesy of Ranny Mercado 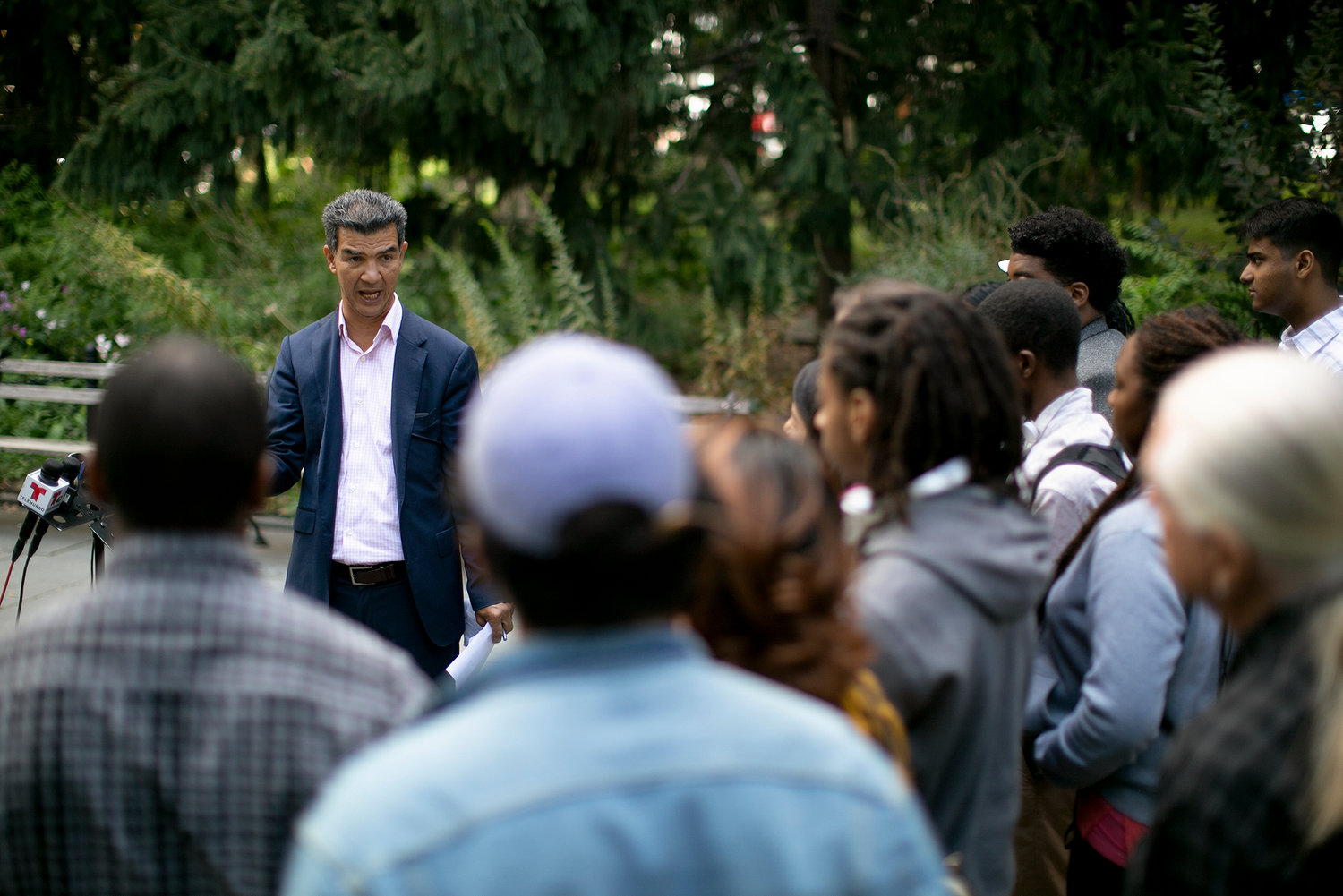 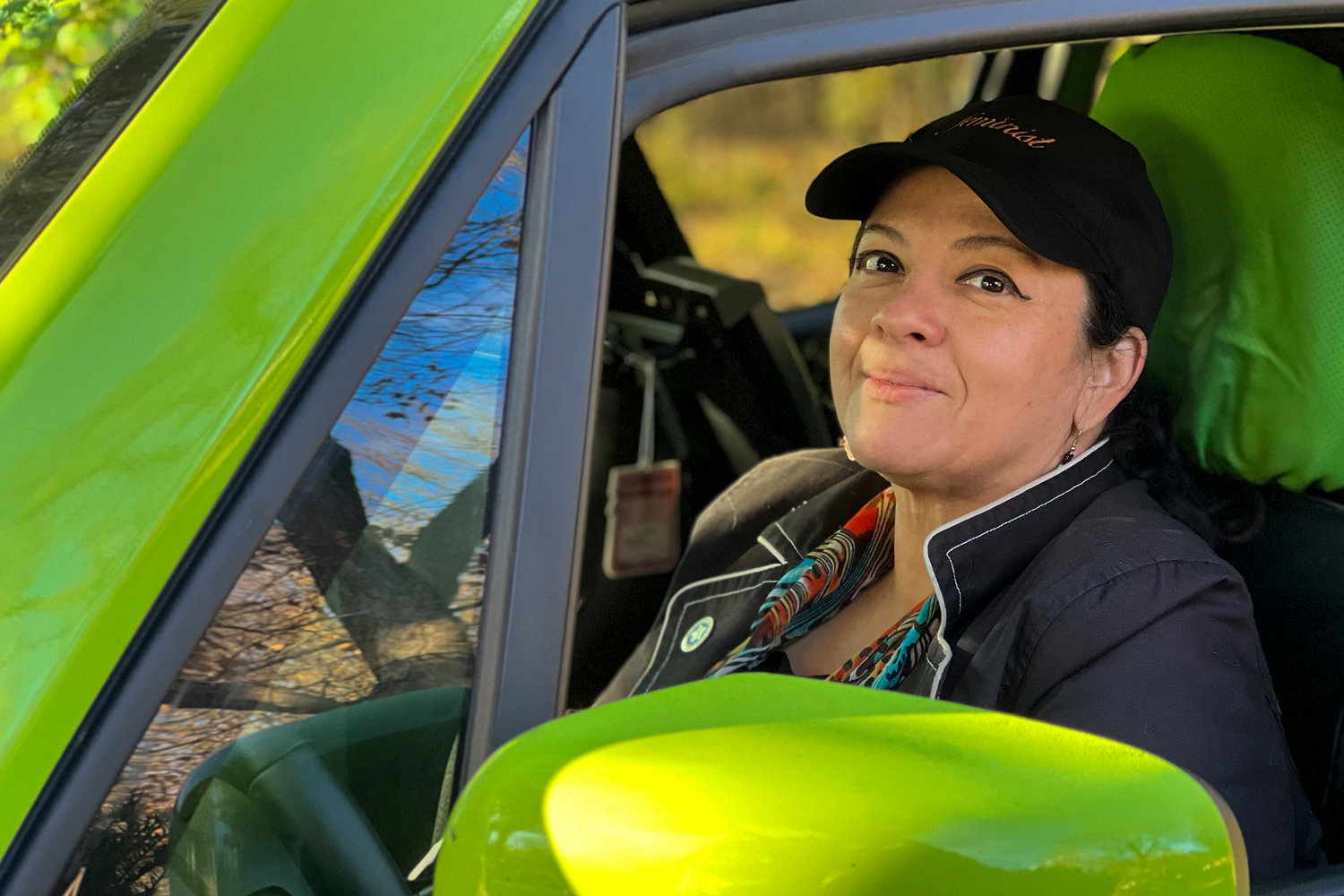 Even when the going got tough, taxi drivers got back behind their wheels during the coronavirus pandemic to deliver emergency meals. Bronx-born green cabbie Nancy Reynoso points to what appears to be an exodus of drivers like her to ride-hail companies like Uber and Lyft.
Courtesy of Nancy Reynoso
Previous Next
By SARAH BELLE LIN

Nobody needed a lift, no less wanted one. Nancy Reynoso was completely out of work when the coronavirus pandemic hit, and as far as she and everyone else knew at the time, her green cab was on indefinite hiatus.

But not even a virus could keep Reynoso from getting back behind the wheel to continue her eight-year driving career.

“We were offered an opportunity to make money and also serve the city of New York with emergency meals,” Reynoso said. “They gave the jobs to TLC-licensed drivers. I signed up.”

The city’s Taxi & Limousine Commission started the pandemic-era program in March 2020, ramping up efforts to deliver millions of meals from tens of thousands of drivers.

Reynoso, a product of Lehman College, was one of the more committed drivers, starting off with a seven-day workweek, and eventually scaling down to six. Still, it was only a minimum wage gig, on top of an hourly $5 for additional expenses.

The decommissioned Kingsbridge Armory was opened as an emergency food distribution center, joining another in Hunts Point. This was especially convenient for Reynoso, who at the time lived a couple blocks away.

“From there, I was delivering all over the Bronx,” she said.

But that didn’t last long. “I still love my green cab to this day, but it’s been really hard, you know? We started off with many, many thousands of green cabs, and we’ve just lost so many over the years.”

In fact, Reynoso estimates there are just 2,000 green cabs left in New York City — if even that.

It’s something felt by other drivers, too, like Ranny Mercado. The Bronx native transitioned from the black car industry to spend the last eight years driving green taxis. Most of those years were spent picking up and dropping off in the Riverdale area, especially at hospitals and nursing homes.

“We don’t have (a) union pension plan for drivers,” Mercado said. “I express the same issue to all the drivers — why don’t we have a union?”

Mercado didn’t mention the New York Taxi Workers Alliance, a union of 25,000 members. Would he find support with them when asked? “I doubt it.”

His biggest bone to pick is with the lack of pensions, one of the reasons why medallion-owning yellow cabbies went on a recent two-week hunger strike in front of City Hall.

While not exactly a retirement fund, medallions were initially a critical part of a taxi driver’s retirement. But their value rapidly depreciated from nearly $1 million several years back to no more than $100,000, causing many taxi drivers to go into debt and potentially default on the loans they drew to pay for the medallions in the first place. Those debts have caused even deeper issues, leading to suicides and other tragedies.

Mercado has suggested taking a portion of green taxi salaries and allocating it toward a retirement fund. Maybe start with drivers who are 40 or 50 years old.

“The best way is to come together on the table,” Mercado said. “The same way you collect 80 cents per trip, we’re going to create another tax, at least 20 cents on top from the drivers, and 20 cents from customers. Those cents will be part of your pension plan.”

The alliance is the only union representing drivers of many stars and stripes — yellow and green cabs, app-based drivers, livery and black cars. The alliance, which charges a little over $100 a year for membership, leads multiple campaigns, namely around yellow cabbie debt, unemployment insurance, pandemic assistance, and support for cabbies of color.

But Mercado isn’t satisfied with the terms and conditions.

It’s an approach he’s shared with elected officials like Councilman Ydanis Rodriguez, whom Mercado gave a lift to last year. But he hasn’t heard back from any electeds since. For the time being, Mercado pays for his own life insurance.

A known supporter of taxi drivers, Rodriguez — chair of the council’s transportation committee — backed up the taxi alliance in 2019 during its call to exempt green cabbies from a $2.75 congestion surcharge and yellow cabbies from $2.50. The campaign was successful. Riders — not drivers — now pay the surcharge.

It was only seven years ago when green cabs were rumored to be slowly taking over the city, as one Brooklyn private car and limousine company saw it. At the time, there were more than 5,000 green cabs. Created by former mayor Michael Bloomberg, the green taxi program brought its own controversies. But one of its undeniable benefits was its service to outer boroughs and upper Manhattan, which traditionally didn’t get the kind of focus from taxis that lower Manhattan did.

As it followed, it wasn’t all kumbaya with the yellow and green cabs. Even though green cabs weren’t allowed to pick up below East 96th and West 110th streets, there was still competition in the shared areas above the “exclusionary zone.” But tensions became water under the bridge after the dominating and disrupting ride-hailing industry soon overshadowed tensions between the yellows and greens.

“The only people that hurt the medallion (drivers) was Uber,” Reynoso said. “And eventually it fell on us.”

Ever the passionate taxi advocate, Reynoso has participated in union rallies, traveling to Albany, and even appearing on Spanish news channels in solidarity with the yellow cab medallion movement.

“I’m not a yellow medallion owner, but I’m obviously a colleague,” Reynoso said. “I have a green cab and I feel their pain.”

Green  cab drivers instead purchase permits from the city, which are then attached to what is already an existing vehicle.

“It’s so much easier,” Reynoso said.

As the city continues to reopen and more people venture out, Reynoso urges people to hop in or call a green taxi for their trips. She believes green cab fares are competitive — if not more affordable — than Uber or Lyft.